Trending
You are at:Home»Entertainment»Movies»Movie Review: “Deadpool 2” 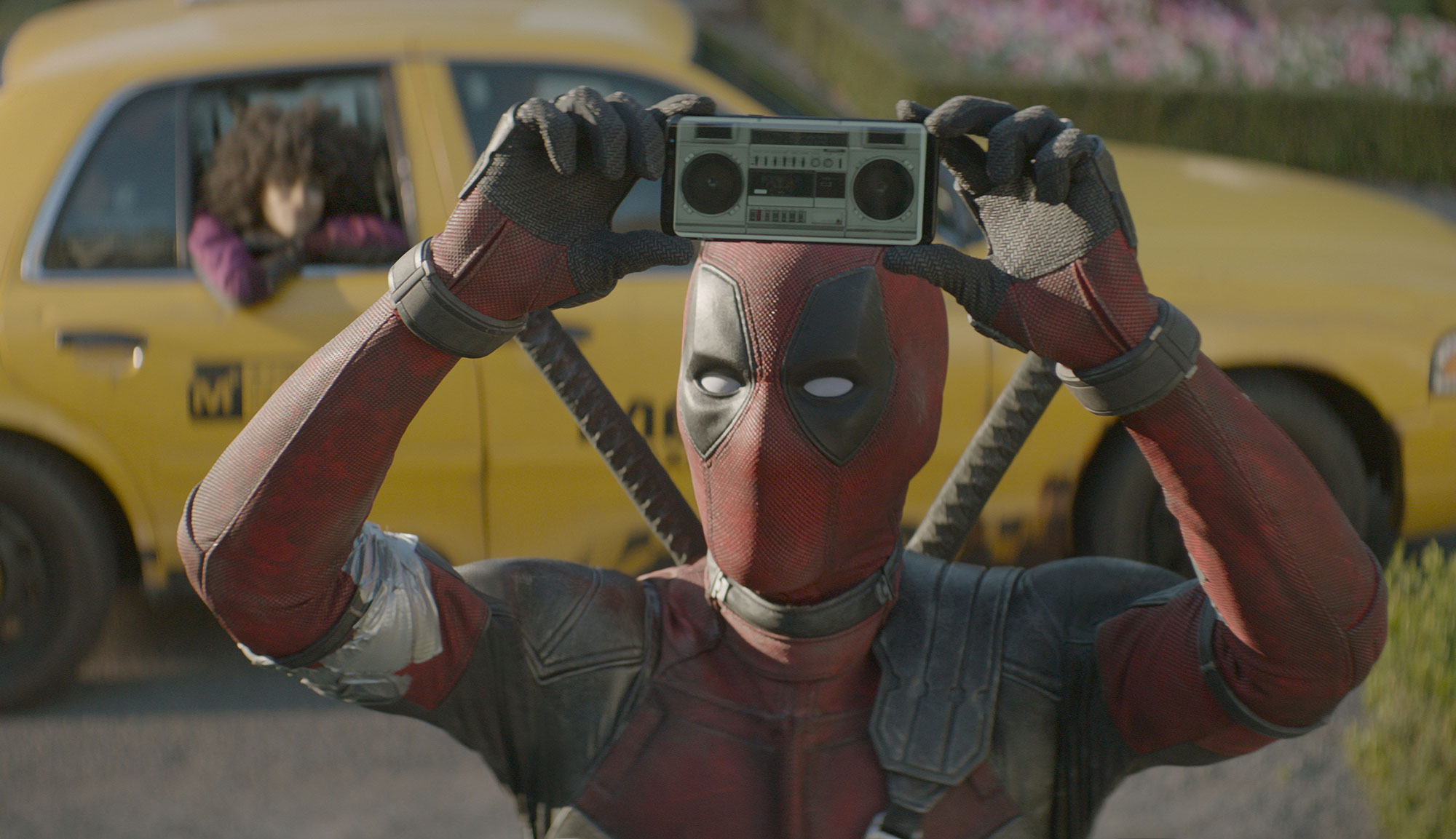 It is not lost on Ryan Reynolds that the best trick that “Deadpool” had under its sleeve was the element of surprise, and that is gone now. He’s admitted that he’s not sure if he has a third “Deadpool” movie in him, and personally, I think he should listen to that voice. That is not a commentary on the quality of “Deadpool 2,” for the record. It’s as entertaining as the original film, and arguably funnier. The story structure, though, is a bit too close to a certain Rian Johnson film, and more importantly, how far can you take this joke before it runs out of gas? As it is, these films are a couple of bad jokes away from being parodies (“Meet the Supers”?). Indeed, if the closing credit jokes are any indication, Reynolds has already cashed in his chips and plans to go out on top right here and now.

Superpowered smartass Wade Wilson, a.k.a. Deadpool (Reynolds), has found a niche taking gigs that involve wiping out the dregs of the criminal underworld, but a tragic event close to home leads to his (attempted) salvation at the hands of X-Men friend Colossus (Stefan Kapicic), who brings him in as an X-Men trainee. Their first task involves talking down an orphan, fire-throwing mutant teen named Russell (Julian Dennison) who’s being abused by the orphanage staff. After the ensuing melee (because of course there was a melee), Russell and Deadpool are sent to the Ice Box, a mutant-only prison that is attacked by a time-traveling cyberhuman named Cable (Josh Brolin), who wants to eliminate Russell in order to prevent him from committing future crimes against humanity.

As explosively funny as the movie is at times (there is a priceless scene in Xavier Mansion), the self-referencing comes dangerously close to ruining the moment. A joke about “The Passion of the Christ” (the only R-rated film to make more money than “Deadpool” at the U.S. box office) falls with a thud, and the repeated digs at the DC universe bat about .500 (though one “Batman vs. Superman: Dawn of Justice” joke hits the mark). Also, are “Basic Instinct” references now considered a classic reference to a bygone era, like, say, a “Dr. Strangelove” joke would have been 20 years ago? Or are they just lazy?

And now you see the inherent problem with the sustainability of a character like Deadpool. As wonderfully gonzo as the action sequences are – the big prison fight has one unforgettable shot, and the debut of the X-Force team is a glorious gift that you will never see again – what makes Deadpool engaging is the banter, which is why jokes about two CGI characters duking it out do not bode well for the franchise’s long-term viability.

Luckily, ahem, “Deadpool 2” gives us Domino (Zazie Beetz), armed with nothing but the best of luck, and she steals the movie without trying. Cable’s character is also given a late, unexpected gift which was most welcome, but as the story gets to the end of the third act, it’s hard to not think about the whole “Looper” thing.

“Deadpool 2” feels like a better movie than it actually is. A lot of that has to do with going for the easy joke, the one that is funny now but will become more dated over time (again, the closing credits), but isn’t it fair to say that Deadpool would have wanted it that way? These movies are all about the here and now, and their legacy will fall on the same sword. See it now, while it matters.