Trending
You are at:Home»Entertainment»Movies»Movie Review: “1917” 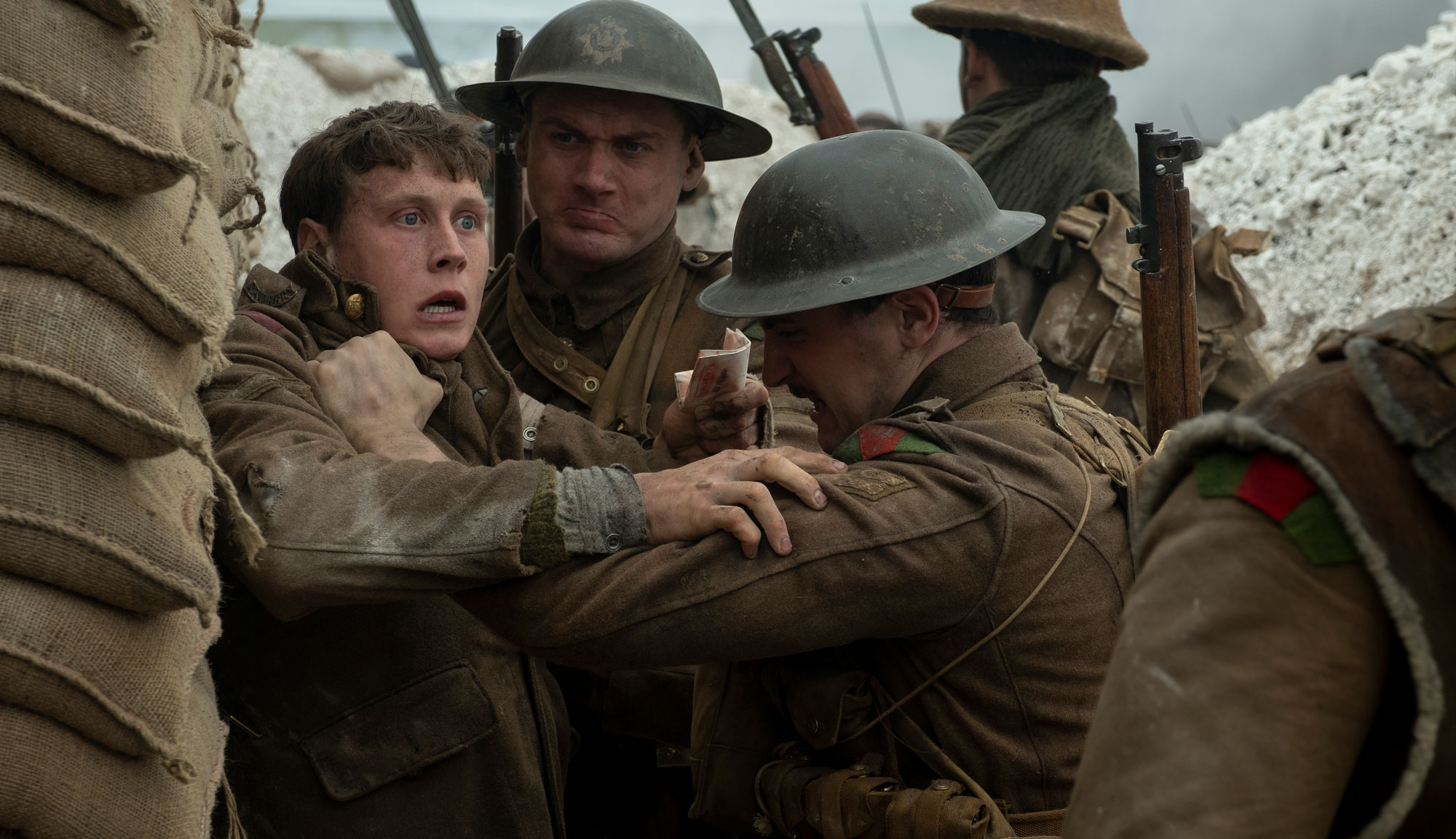 When it comes to movies, World War I doesn’t tend to have the romanticism of World War II. Granted, there’s nothing particularly romantic about the stresses of war, but our pop culture lives have a connection to the second World War in a way we never really have with the first. Perhaps it’s because World War II came about at a time when the moving image was already an established art form. The consensus great war movies and TV shows of the modern era come from wars we could see back home like World War II (“Saving Private Ryan,” “The Bridge on the River Kwai,” “The Thin Red Line”), Korea (“M*A*S*H*”) and Vietnam (“Apocalypse Now,” “Full Metal Jacket”). Sure, there are movies set during World War I, but they don’t have the same cultural cache or memory to them. With his new film “1917,” acclaimed director Sam Mendes (“American Beauty,” “Skyfall”) is looking to change that.

Shot by legendary cinematographer Roger Deakins as an extended single take, “1917” follows two young soldiers, Schofield (George MacKay) and Blake (Dean-Charles Chapman), on the Western Front. They’re tasked by General Erinmore (Colin Firth) with a dangerous mission: traverse No Man’s Land and German-held territory to reach a battalion of soldiers about to push into a German trap that will certainly cost all of their lives. Blake’s older brother is part of that battalion, and they have one day to make it through to them and stop the attack. Erinmore is confident that the Germans have abandoned their line to fortify their ambush, but the rest of the army isn’t so sure, and there’s only one way to find out: go over and see what happens.

Both MacKay and Chapman aren’t the kind of big names you’d expect to lead a prestige awards movie like this, and they have a lot to carry on their shoulders. Mendes saves the familiar faces for the higher ranking officials of the army (Firth, Andrew Scott, Mark Strong and a few others who seem positioned as surprises), each only getting a scene, meaning that the vast majority of the screen time is reserved for these two. Chapman is likely a little more known; he was Tommen in “Game of Thrones,” after all, but it’s MacKay who really impresses. His largest role prior to this was as the oldest son in “Captain Fantastic,” but he’s the undeniable lead here and takes full advantage of it.

It can be tough to stand out in a war movie. Everyone’s wearing the same helmets and outfits caked with dirt and dust. When in a sea of soldiers, it’s often difficult to tell people apart (“Dunkirk” had some minor issues with that), so it helps that Chapman and MacKay are often isolated as they traverse the dangers of No Man’s Land. We don’t necessarily get to know them as people all that much; they very much exist in the moment and in broad strokes, acting more as vessels for ideas than satisfying characters. Despite this, MacKay works a little magic with what he has to play with, providing a performance that enhances what was given to him on the page. It’s clear, though, that the events of the film need a little extra oomph to justify themselves, and that’s where the visuals come in.

Regardless of the content of “1917,” its filmmaking approach is going to be its calling card. It’s so easy for a movie with a gimmick to be defined or even subsumed by it. The choice to frame the journey through an unbroken single shot like this is meant to heighten the reality – to make it so that you can’t escape the horrors and dangers lurking around every corner, and to see what they see. But it’s surprisingly easy to be taken out by the flashiness of it and to think more about the artistry of the gimmick than living in the moment. You look for the hidden cuts and attempt to see how seamless it truly is more than just watching. Perhaps because of this, much of the beginning of the film almost feels more like a video game than a movie. The camera tightly follows our two heroes over the shoulder as they scurry through trenches, getting their quest and heading out into the world. By the time the film reached its second half, however, I settled into Mendes’ spell and was more comfortable with it standing alone as a movie than a visual exercise. Contrast that with a film like “Birdman,” which felt so ostentatious and proud of itself in the way it used its camera, and Mendes comes out on top. It helps to have Deakins behind the wheel; there are some truly breathtaking visual sequences at play here that serve to highlight the strengths of the single-take approach without necessarily reveling in it.

It’s guaranteed that the enduring legacy surrounding “1917” will be its aesthetic design. It’s going to be thought of first and foremost as That Single-Take World War I Movie, and the same story with more traditional cinematography and editing wouldn’t be nearly as memorable. It becomes a question of form versus function, then, with form heavily winning out. That’s not a bad thing; each approach is worthy in its own right, and it’s clear to Mendes that the story wouldn’t have had the same pop without a nonstandard visual perspective. It’s laudable that “1917” manages to succeed as a film despite its reliance on its gimmick and how distracting it is for the first act, but Mendes, Deakins, MacKay et al. have worked to create a wholly satisfying experience. “1917” is a visual wonder, but it’s also a tense piece of effective genre filmmaking that puts its audience right in the trenches without a means to escape. Either way, it’s an unforgettable cinematic experience.