Trending
You are at:Home»Entertainment»Movies»Movie Review: “A Beautiful Day in the Neighborhood” 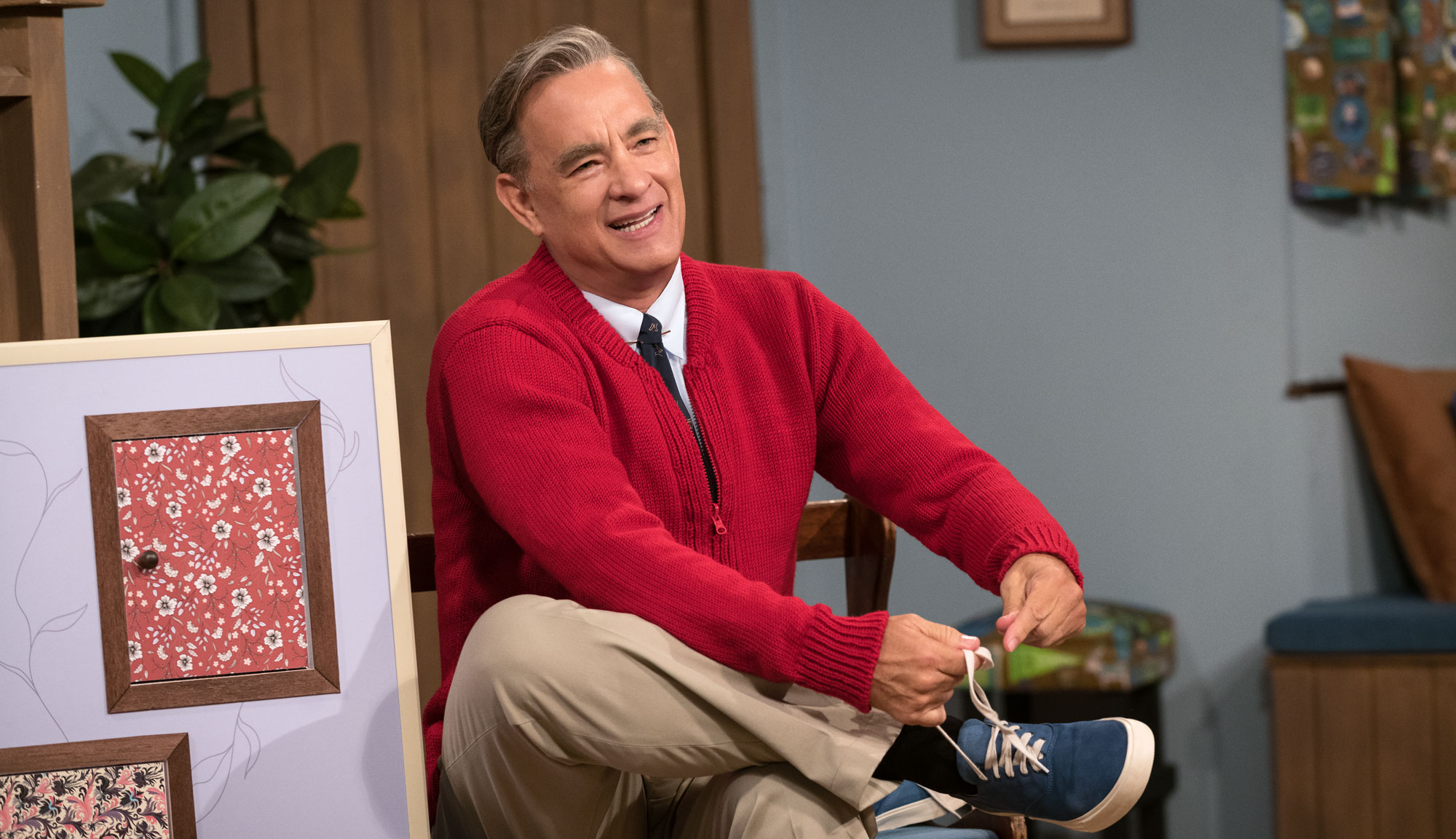 Once Marielle Heller’s “A Beautiful Day in the Neighborhood” began its festival run in September, buzz started to form around the news that its star, Tom Hanks, would be pushed in the Supporting Actor category for the upcoming awards season. That seemed like a pretty disingenuous choice on the face of it. After all, how could a movie about Mister Rogers with a high-profile actor in the role and his face plastered all over the promotional material be considered support?

In truth, Fred Rogers (Hanks) looms large over the proceedings of the film, but he’s not really the protagonist. The lead is Lloyd Vogel (Matthew Rhys), an investigative reporter for Esquire magazine famous for tearing apart his subjects in the name of journalistic integrity. Esquire is in the midst of a series of 400-word blurbs on heroes, where each staff writer interviews a subject for the magazine, and Rogers is the only one who would assent to be profiled by Lloyd. Lloyd doesn’t expect much from the man, assuming that he’s just a facade and the real Mister Rogers couldn’t possibly be so perfect offscreen. Once he arrives in Pittsburgh, he discovers that Rogers is the exact same person off camera, slowly integrating himself into Lloyd’s life even as his relationship with his emotionally distant alcoholic father (Chris Cooper) threatens to isolate him from his wife (Susan Kelechi Watson) and their infant child.

It might seem like Heller following up “Can You Ever Forgive Me?” with “A Beautiful Day in the Neighborhood” would be a departure in both tone and subject matter, but their main characters are very much of a piece with each other. Both Lloyd and Melissa McCarthy’s Lee Israel are caustic, cynical people; their journeys only differ in that Lloyd has a genteel, honest and empathetic television personality for a guardian angel instead of a British conman hobo type. There’s a lot of darkness to the film, including some heavy and real emotional content about family and how they can let you down and hurt you in the sort of ways only they know how to do. It’s obvious that Lloyd uses his work as both an outlet and an excuse – a way to isolate himself and shirk his familial responsibilities all in the name of the next great story. There’s worth to that (and Rhys succeeds in portraying Lloyd as a truly great reporter), but it can’t be everything, and sometimes it takes someone like Fred Rogers to wake you up to that fact.

In some ways, it almost sounds like the sort of content you’d see in a classic episode of “Mister Rogers’ Neighborhood.” One of the joys of the screenplay (by Micah Fitzerman-Blue and Noah Harpster) is its approach to treat it just like that. The film frames itself as a lost episode of the show, complete with Rogers singing the theme song and introducing Lloyd as a friend who needs help. It’s the sort of approach that could easily be cheesy if not executed perfectly, and Heller does an excellent job with it. For the most part, it’s just a regular movie after the intro, but there are little touches (specifically utilizing the Rogers puppet diorama style during transportation establishing shots) that are just charming as hell and really work to support the approach. The music, from Heller’s younger brother Nate, evokes the piano sound from the show, further casting that spell. There’s plenty of nostalgia at play here, and those who grew up with Mister Rogers will be especially susceptible to what Heller is doing. But that’s certainly not required, as there’s still quite a lot to latch onto even for those who weren’t Rogers fans as children or grew up after his show ended, and much of that is thanks to a wonderful performance from Hanks.

He is undeniably magnetic from the first frame, utilizing his reputation as one of the true good guys in Hollywood to step gingerly and quietly into the role of one of the most revered children’s television personalities in history. There’s certainly plenty of Fred Rogers in his portrayal, but what makes it work so well is the way he takes his time and processes information both on and off camera, ruminating and choosing his words with care and compassion. He’s meticulously thoughtful and more than happy to slow down and take in the scenery, an extreme departure from the fast-paced world of New York City, immediately disarming Lloyd and putting him on the defensive until his warmth and genuineness shines through. Rogers is vital in breaking Lloyd out of his shell and showing him that people are capable of a wide range of actions and emotions in the best and worst of circumstances, which is just the sort of perspective Lloyd needs.

Now that we’re three films into her career as a director, it’s clear that Heller is destined to be one of the truly outstanding new voices in the medium. It’s heartening that each of her films seem to be growing in both awareness and prestige, with “A Beautiful Day in the Neighborhood” sure to be a major player in the coming awards season. It falls just a hair short of “Can You Ever Forgive Me?,” which remains Heller’s best film, but this is both a worthy follow-up and an enjoyable twist on a rather similar genre and story arc. Come for Hanks’ loving and beautiful portrayal of Fred Rogers but stay for a touching and often challenging film about how we can’t choose our family and how even the deepest and oldest wounds can heal under the correct circumstances.