Trending
You are at:Home»Entertainment»Movies»Movie Review: “Can You Ever Forgive Me?” 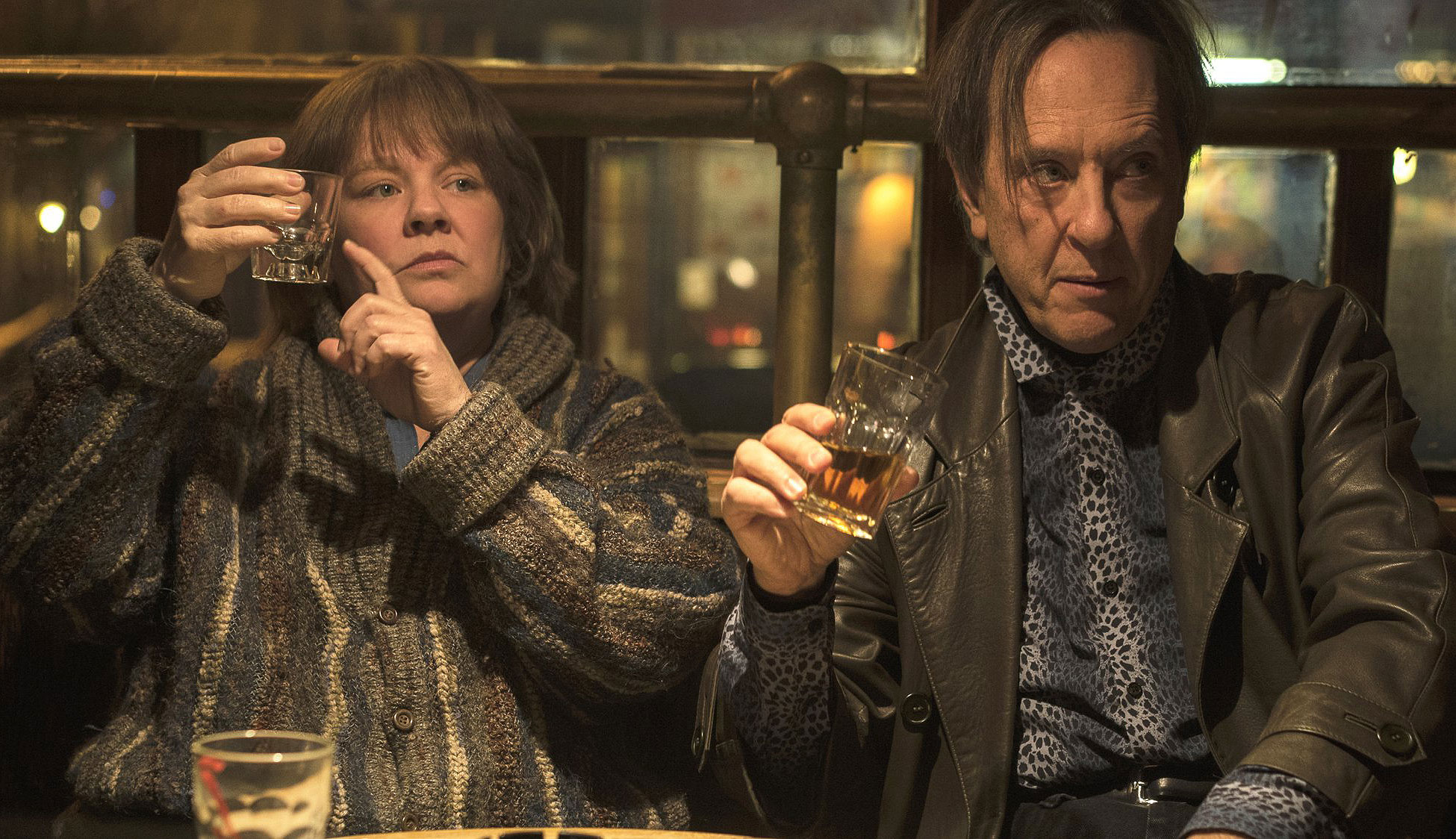 It’s often been claimed that comedians are the best actors. The saying goes that it’s easy to make someone cry but a lot harder to make someone laugh, and the movie business has a long history of comedic actors straying from their roots and trying out more serious roles, often with success. Jim Carrey’s dramatic output has been inconsistent at best, but it would be foolish to deny the power of “The Truman Show.” And after years as a faux-serious contributor on “The Daily Show” and blowhard on “The Office,” Steve Carell garnered an Oscar nomination for “Foxcatcher” and big praise for his newest film, “Beautiful Boy.” You can only do comedy for so long until you feel the need to spread your wings, apparently. Next in line to do just that is arguably the biggest female voice in comedy today, Melissa McCarthy, who was tapped by director Marielle Heller (“The Diary of a Teenage Girl”) to star in a biopic about Lee Israel, an author who became infamous for literary forgery.

Israel is a somewhat regarded biographer who has seen a turndown in her writing career. She wants her next project to be about vaudeville comedienne Fanny Brice, but her publisher (Jane Curtin) isn’t having it. While researching Brice’s life, she comes across some personal letters that she sells to a local bookseller, Anne (Dolly Wells), to help make ends meet. Anne remarks that she could have gotten more money out of the letter if it were more interesting, which leads Lee to reluctantly write a fake letter from Fanny with a little more oomph to it to pay her bills. The canard works like a charm, so Lee begins forging all sorts of letters and selling them to collectors across New York. She soon gains an accomplice in the form of Jack (Richard E. Grant), a flamboyant, middle-aged British drifter with a taste for danger who encourages her to dive even deeper into her criminal enterprise, even as the walls begin to close in.

McCarthy has shown remarkable range in her career; comparing Sookie St. James from “Gilmore Girls” to Megan from “Bridesmaids” to Susan Cooper from “Spy” is not as easy as it might seem. Sure, all of those roles are comedic, but that comedy ranges from wholesome naïveté to raging id to hidden competency, showing far more shades of meaning and character work than the surface would indicate. So perhaps it’s less of a surprise that she could cross the divide into more serious territory. Granted, “Can You Ever Forgive Me?” isn’t exactly dour from start to end. Though you couldn’t call this a full-blown comedy, there are enough laughs to get a sense of why McCarthy was drawn to the role after Julianne Moore left the project as it was being developed.

She seems perfectly cast here, with plenty of opportunities to flex her more caustic muscles, as Lee is not the most likeable person. But there’s something to Lee below the layers of sarcasm and bitterness and that particular brand of self-determination that makes living with her so insufferable. There’s a glint in her eye – a confidence that only seems to come out when she’s plying her craft, slamming away at a vintage typewriter. It’s not a pure dramatic turn, and that’s arguably why it works so well. But when the drama comes (and there’s plenty of it to go around), she’s just as much at home there as she is at dressing down Jack or pretending to be Nora Ephron to get her agent on the phone. Jack makes for a wonderful foil – a sort of urbane, middle-aged queer roustabout who flits through life on his unending charm and unyielding determination. His glee draws Lee further into criminality.

What is perhaps most fascinating about Lee’s story, and by extension the movie, is her motivation for continuing to forge these letters. Plagiarism is the greatest sin any writer can commit. Though what she does isn’t technically plagiarism, forgery is almost as bad from an integrity perspective. But for her, it’s about people finally reading her work and paying attention. Sure, they may think they’re reading Dorothy Parker or Noel Coward, but the interest and joy they take in the writing is all hers. The film does an excellent job conveying that finding that niche, especially as the mainstream book industry has moved beyond the biographies that made her a minor name in the literary world, is worth risking everything. It’s the thrill of acceptance any way you can get it.

Enjoyably, “Can You Ever Forgive Me?” avoids some obvious biopic clichés and pitfalls revolving around a potential relationship with Anne and a big firework blowout between the two when the truth comes to light. Heller impressed with “The Diary of a Teenage Girl,” but this film feels like a step up, empathetic as often as it’s mordant and continually focused on the right aspects of a fascinating story. Awards season is always full of biopics like this, but it would be unwise to let this movie pass you by, because it’s one of the better ones.