Trending
You are at:Home»Entertainment»Movies»Movie Review: “Angel Has Fallen” 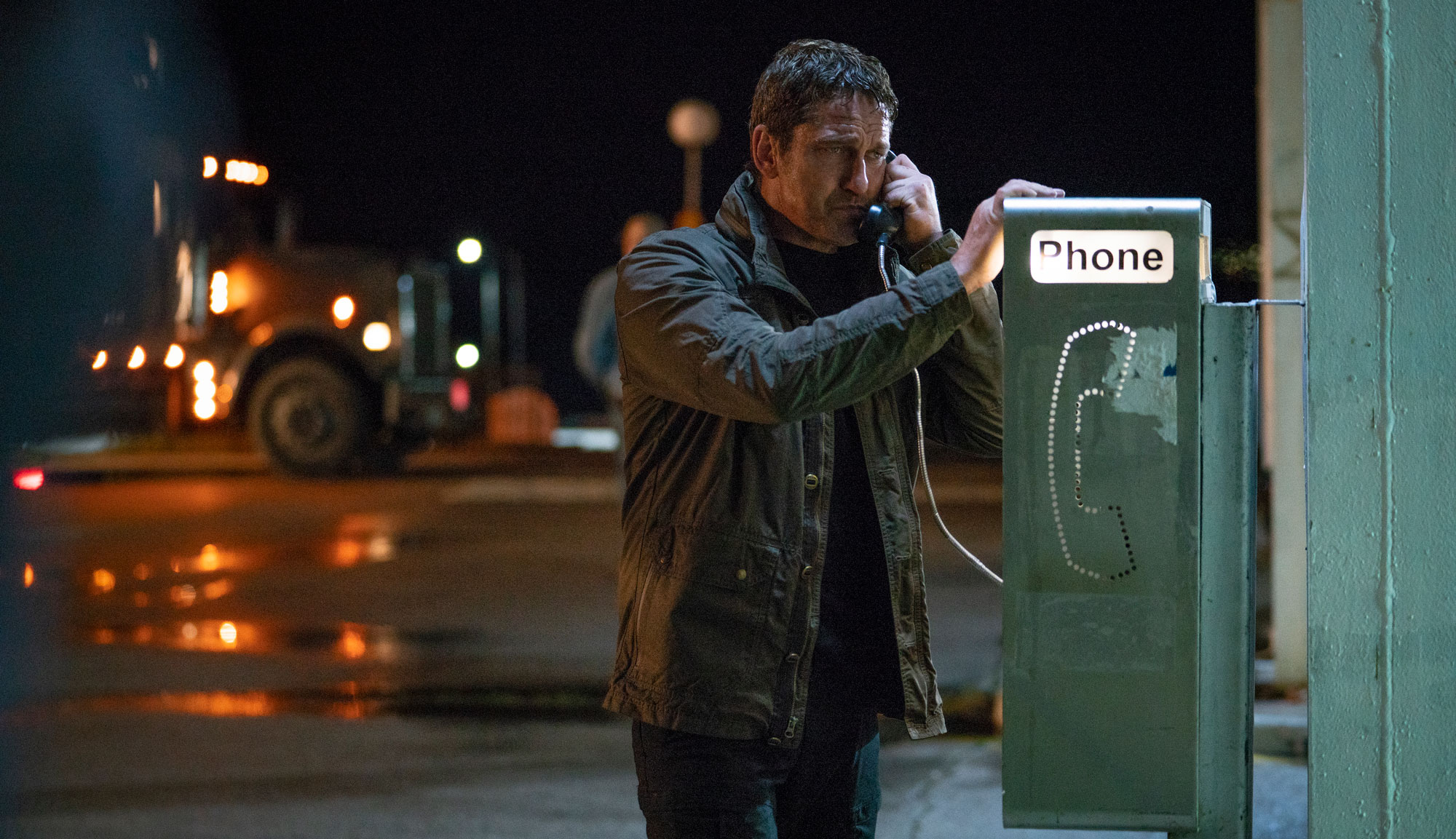 The concept of turning off one’s brain while watching a movie is an oversimplification of the joys of schlock and popcorn fare that conflates simplicity with stupidity. Though the underlying intent is clear – many people turn to film for some sort of escape from the drudgery of life – the expression is an inaccurate perspective of how people consume entertainment. Even if it’s predictable or formulaic, a movie can engage viewers’ minds with nostalgic elements, spectacle or some other facet. “Angel Has Fallen” is not a challenging film to watch – there is little to no ambiguity or inventiveness about the characters or how the story will ultimately play out – and is in fact pretty dumb for a movie that cost tens of millions of dollars to make. Nevertheless, it manages to be thoroughly enjoyable because of its mix of violent excess and the unintentional comedy that comes from a stilted script filled with 20 years worth of action genre clichés.

“Angel Has Fallen” finds Mike Banning (Gerard Butler), the all-American Secret Service agent from “Olympus Has Fallen” and “London Has Fallen,” now guarding President Trumbull (Morgan Freeman). Mike is starting to feel his age, with years of surviving high-stakes scenarios taking its toll on him physically. He’s considering taking over as director of the Secret Service from David Gentry (Lance Reddick) in order to appease his wife, Leah (Piper Perabo), and provide a more stable future for their daughter. But his old war buddy, Wade Jennings (Danny Huston), knows that Mike can’t quit the field and is addicted to the thrill of combat. After a devastating drone attack wipes out the entire presidential detail and leaves President Trumbull in a coma, FBI agent Helen Thompson (Jada Pinkett Smith) arrests Mike under the belief that he orchestrated the assassination attempt. Upon escaping custody, Mike must clear his name by finding out who’s trying to destroy the country, all without being apprehended by his former brothers-in-arms.

“Angel Has Fallen” isn’t a good movie. The amount of worn-out tropes, poorly written dialogue and awkward CGI would be an exhaustive list to recount. It’s not a smart movie, either, with characters tactlessly dumping exposition and constantly referring to each other by their titles to underline who everyone is, apparently because it doesn’t trust the audience to follow along. However, as soon as certain characters show up, the audience is already so far ahead of the film that it’s hard to understand why there was even an attempt to inject mystery into the plot. Good quips, or even cheesy one-liners, are replaced with people just dropping F-bombs; brevity is the soul of wit, after all.

But while “Angel Has Fallen” isn’t smart, good or innovative in any way, it’s a really fun time at the theater. Watching it by yourself may be a bit of a joyless slog, but it will likely go over like gangbusters with a group of friends to howl at the bad screenwriting, marvel at the impressively over-the-top violence and enjoy the bizarre but genuinely entertaining scenes of Nick Nolte as Mike’s dad.

Directed by Ric Roman Waugh, the film’s violence feels like a mash-up between “Call of Duty” and the action movies of the early ’90s. While not as operatic or elegant as John Woo’s output from that era, there are clear parallels and references to “Hard Boiled,” “Hard Target” and even his maligned “Mission: Impossible” sequel. People get blown up real good in this movie, and there is a lot of intense gunfire and fisticuffs throughout, with none of it seeming attached to reality in any manner. There are some points where Waugh cuts too much and too quickly in fight scenes, diluting the tension and engagement. There’s also some spotty CG as well, though a lot of it is done so well that it at least seems practical, with flaming bodies flying akimbo. Plus, seeing a grizzled, old Nick Nolte kick ass is legitimately thrilling.

For those who subscribe to the “turn off your brain” mentality, “Angel Has Fallen” could be considered that kind of movie, but then viewers would be missing out on half the fun. Yes, there are attempts at playing both sides of the real-world crisis between America and Russia – a weird stance in that it mentions Russia’s election interference, yet the film doesn’t want to paint them as the ultimate villain – but even that possible glimmer of nuance or commentary is bungled so badly that it becomes comedy. “Angel Has Fallen” has probably the least insane plot of this franchise, but it has so many over-the-top elements and tin-eared utterances that it’s a gleeful thing to watch.