Trending
You are at:Home»Lifestyle»7 Movies That Gained Ten Million Views Right After Launching Its Trailer 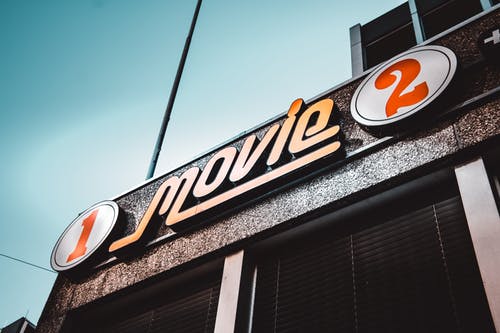 The arrival of the internet and video streaming sites like YouTube has significantly changed the way we watch movies and how we consume our visual media. Watching movie trailers on demand wasn’t really a thing back before the internet. Movie trailers as we know them now were usually only shown in the cinema, before the actual movie you were watching plays, or in VHS’s or DVD’s. We never really got an idea of what the basic premise of a movie was until we were already watching it.

Nowadays, studios can create trailers that catch people’s attention in social media, giving anyone who watched it the basic idea of the movie. This allowed anyone the chance to make an informed choice about a movie they may have wanted to see. It also gave a certain movie the right amount of exposure to the public.

The amount of views a video gets in any social media platform dictates its success, and the reason why many people would love to make videos that can get viral. Some site can even be paid to increase Instagram viewership to help certain videos get as much exposure as possible, a few of which is offered here. Now that we’ve told you how important views are in a movie trailer, let’s look at 7 movies that got tens of millions of views after they launched, and see just how well they did, or will do.

The trailer for this upcoming superhero movie from Marvel has enjoyed the highest number of views online. Scheduled for release on April 26, 2019, Endgame is the 2nd movie of the Avengers Infinity War saga and is the 22nd film in the Marvel Cinematic Universe. It has been in production for 5 years and has gotten a lot of fans hyped up after the shocking ending of Infinity Wars. Starring Hollywood heavyweights like Robert Downy Jr., Chris Evans, Mark Ruffalo, Chris Hemsworth and Josh Brolin, a lot of movie experts believe that it’s going to set a lot of box office records on its first week alone.

Another Avengers movie comes in second, much to no surprise, since this saga started with a lot of hype way before it was even released in 2018. This was the first movie of the 2-part saga that was the culmination of more than a decade’s worth of Marvel movies, so a lot of fans were waiting eagerly for it. Its box office broke records that raked in $2 billion dollars’ worth of revenue, from only a $400 million-dollar budget.

This computer-generated remake of a classic Disney movie released a trailer with a lot of fanfare for the fans. The teaser trailer has garnered a lot of positive reviews from both old and new fans alike. The plans for the remake were confirmed on September 2016 after the success of The Jungle Book movie, which was also a CG remake of a classic Disney movie. The movie’s cast is comprised of the many rising talents, including Donald Glover as Simba, and Chiwetel Ejiofor, who plays Scar, and also played Karl Mordo in Marvel’s Doctor Strange. A lot of the fans are particularly excited by the casting of James Earl Jones, the original voice actor for Mufasa in the original animated film.

For a lot of horror movie fans, the release of It’s trailer was a dream come true. A 2017 remake the 1986 classic of the same name, which in turn was based on a novel by Stephen King. The movie was set in 1989 and told the story of a group of children being terrorized by an ancient monster, known only as “It”. On its released, it broke a lot of records set by previous films of the horror genre, namely the highest grossing horror film and the 4th highest grossing R-rated film.

5. The Fate of the Furious

The 8th installment of the Fast and the Furious franchise garnered millions of views on its trailer. It’s the first movie within the franchise to not include one of the main stars Paul Walker, who died in a car crash while the previous movie of the series was being filmed. This movie was rewritten significantly due to Paul Walker’s untimely death, but still garnered critical acclaim from both fans and critics alike. The Fate of the Furious was made with 2 parts in mind, the sequel being planned for release in 2020.

Another Marvel movie starring Chris Helmsworth comes next, which garnered millions of views on its official trailer. This superhero movie is based on the fictional Marvel comic book hero Thor and acts as the sequel to 2011’s “Thor” and 2013’s “Thor: The Dark World.” It was set 2 years after the events of “Avengers: The Age of Ultron.” “Thor: Ragnarok” was the highest grossing film out of the Thor trilogy, and was the ninth highest grossing film of 2017, raking in $864 million dollars in the box office.

“Spider-Man: Far From Home” is an upcoming superhero movie that was set to release on July 5, 2019. The movie itself was the sequel to “Spider-Man: Homecoming,” though its trailer gathered more views than the first movie of the series. The trailer itself saw a bit of backlash, as in the events “Avengers: Infinity Wars,” the main character in this movie, Peter Parker, played by Tom Holland, died. Having confirmed that Far From Home is set after the events of Infinity Wars, people were basically spoiled on some of the events of Endgame, namely that Peter Parker will survive. Still, many fans look forward to watching this Spider-Man movie.

No movie’s marketing campaign would be considered a success if the trailer it didn’t receive a lot of attention, despite the fact that having higher views is not a metric to how good the actual movie will be. Still, it’s a great way to showcase the skills of a film’s marketing department and can definitely leave a lot of fans hungry for more.