Trending
You are at:Home»Entertainment»Movies»Movie Review: “Widows” 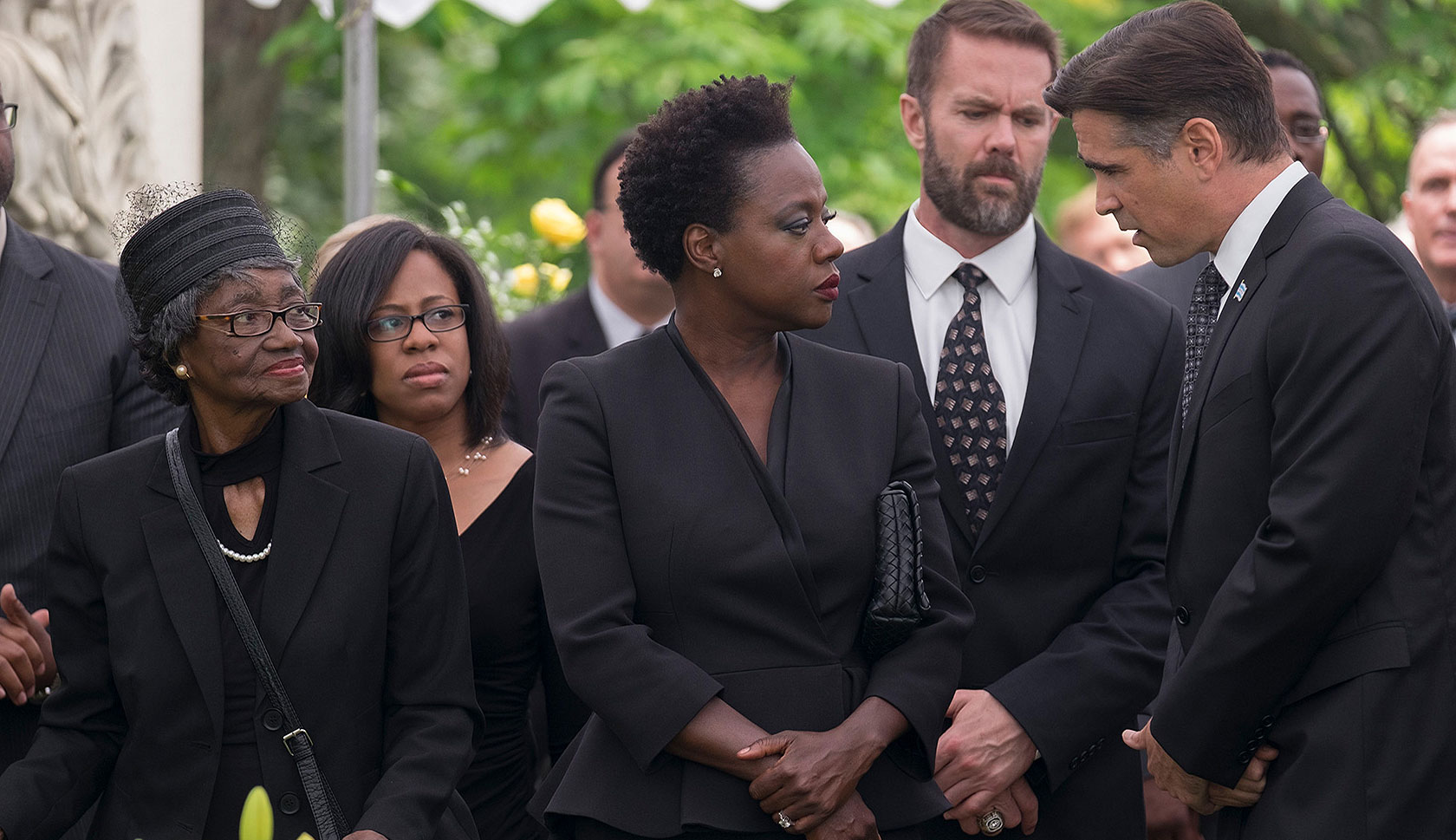 Most variations of the crime genre have been told to death. Whether it’s a heist, a murder, a kidnapping or some mix of these, the story beats have all been hit since pulp magazines and film noir exploded onto the scene in the ’30s and ’40s. That doesn’t mean there aren’t new stories to tell, but it does mean that every narrative moment has been quietly encoded onto audiences’ minds so they know what needs to happen to pull of a successful robbery or catch a crook. No matter how many twists and reversals, double-crosses and triple-crosses or shocking reveals – it’s all been done before.

That’s why crime thrillers are a real crucible for filmmakers, because it forces them to stand out from the myriad iterations with something unique despite the familiarity that viewers have with the material. It could be a gimmick (like planning a heist around a hurricane) or a sense of style (like neon-lit throwback adventures) or a deeply focused character study of the criminals. It’s up to the filmmakers to elevate these redundant scenarios into something enthralling and make it feel new and fresh, and director Steve McQueen’s “Widows” does just that. It isn’t a wholly new narrative, but it does have enough stylistic flourish and character nuances to keep the audience engaged and entertain them through the familiar parts.

After a robbery in Chicago goes wrong, ending in the deaths of all four criminals involved, their grieving wives are left behind to pick up the pieces. Veronica (Viola Davis) knew about the life her husband Harry (Liam Neeson) lived but never the details of it all. But when Jamal Manning (Brian Tyree Henry) comes looking for the money that Harry stole, Veronica only has a few weeks to come up with $2 million. She turns to an old plan of Harry’s to rob a place and enlists the help of her fellow widows, Linda (Michelle Rodriguez) and Alice (Elizabeth Debicki), to pull off the crime and set them up for a better life, all under the watchful eye of Manning’s brother, Jatemme (Daniel Kaluuya), and the snaky politician (Colin Farrell) running against Manning for office.

Adapted from the 1983 British miniseries of the same name, “Widows” marks McQueen’s fourth film (following “Hunger,” “Shame” and “12 Years a Slave”), and it’s a fairly big departure from his usual character studies. Although “Widows” is still very much a character study, particularly of Veronica and Alice, there’s a lot more intricate plotting and narrative swerving compared to his previous works. Much like what Nicolas Winding Refn did with “Drive” or Andrew Dominik with “Killing Them Softly,” this movie uses the trappings of a boilerplate crime thriller to investigate characters and a particular moment in time. Themes of police brutality, political corruption, abuse, sexism and third-wave feminism all dance around in the borders of the script, but its central focus is on identity. More specifically, it’s about how people see themselves and how they let others see them, and how that definition can change thanks to an unspeakable tragedy. That grounded approach to watching Veronica and Alice realize their new worlds and roles, grasping their strengths and weaknesses in ways they were unable to in their previous lives, is the emotional core of the film, and McQueen delivers on that excellently.

Unfortunately, most of the other characters suffer from not being as compelling. Linda isn’t given much to do, and although there are multiple attempts to provide her with some sort of characterization and lip service paid to motivation, she’s just a blank figure filling up the screen and someone for Veronica to speak sternly to. A late addition to the crew is Belle (Cynthia Erivo, continuing her breakout year), who is a fun, no-nonsense character but also exists in this weird limbo of being too thinly defined to care about yet with just enough depth to not be as much fun. Similarly, Jack Mulligan (Farrell) and his racist, old-school politician father Tom (Robert Duvall) have feints towards depth but are really just stand-ins for muddled, opportunistic poles straight out of “The Wire.” When it comes to an ensemble with so many moving parts and colliding stories, it can be very pronounced when certain characters aren’t as complicated or engaging as the others.

However, there are still a lot of great moments littered throughout, including some terrific pieces of dialogue from Davis; fun character work from Debicki, whose Alice transforms from a battered, kept woman into a badass outlaw; and some truly chilling moments from Kaluuya as a sadistic enforcer. All of the performances are spot on, with smaller roles filled out by the likes of Garret Dillahunt, Carrie Coon and Jacki Weaver. There are some great action sequences and tense standoffs between the factions, but the film mostly works as a slow boil of tension as these newly bereft women try to navigate the wasteland their husbands left behind.

Depending on how stories are described, it’s easy to reduce them all to the same beats and structures. Even in ancient Greece, they believed there was only a limited number of types of stories that could be told. But it’s easy to forget that no matter how familiar, part of the story lies in the telling. McQueen’s film is a meditation on loss and identity set in a world that seems hellbent on taking more than it will ever give. This isn’t “Heat” or “To Live and Die in L.A.,” with action sequence after action sequence of tough guy posturing, but it remains unique because it delivers on the tension that lies between the past and the future – that sliver of time known as the present where everything is in doubt.