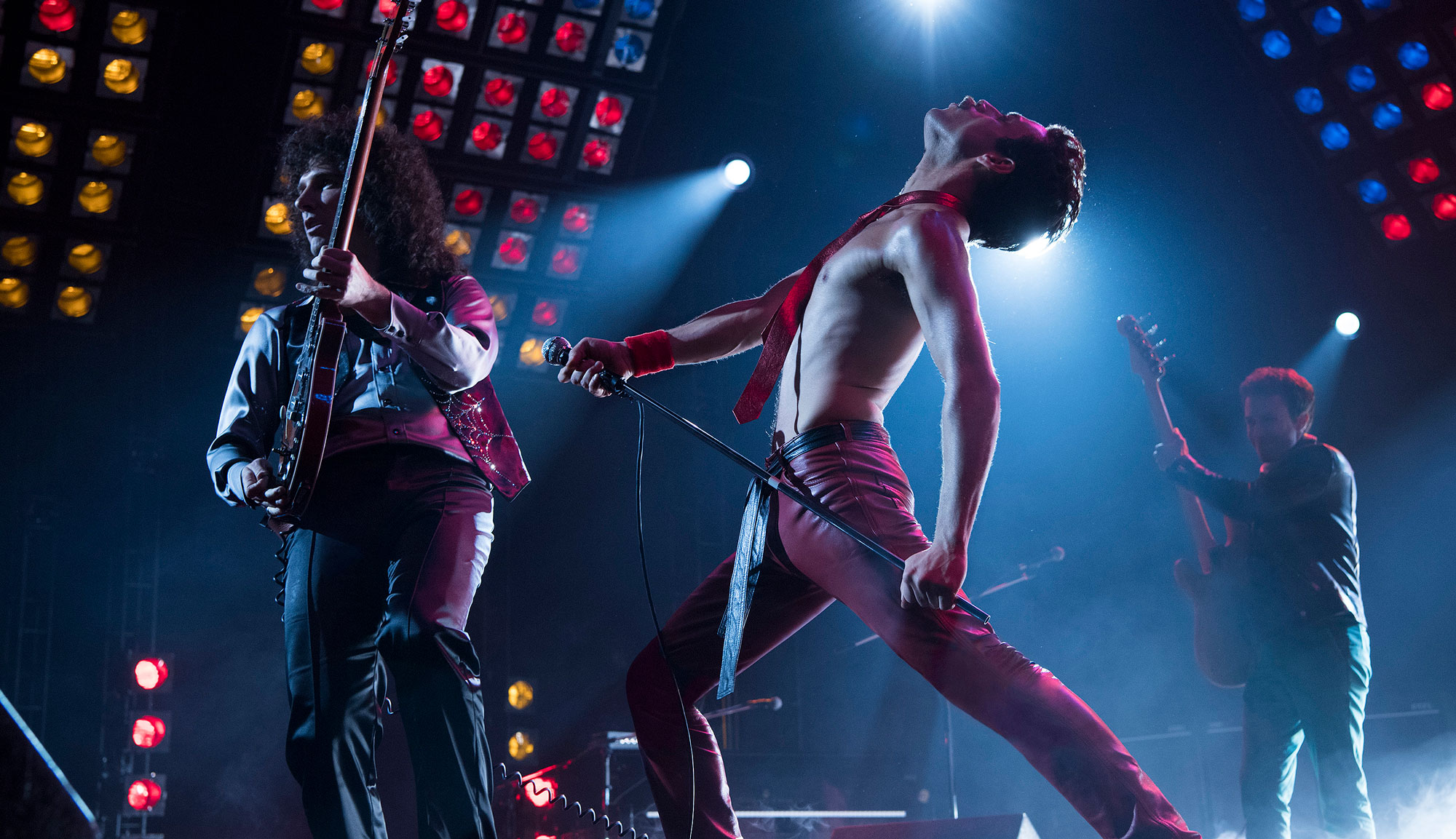 Given enough time, it’s safe to say that just about any sufficiently famous person will eventually receive the prestige biopic treatment. By the end of 2018, Neil Armstrong (“First Man”) and Dick Cheney (the upcoming “Vice”) will have joined the ranks of inevitable biopic subjects, and this year also sees the release of a long-gestating and evolving project on the life of Freddie Mercury with Bryan Singer’s “Bohemian Rhapsody.” It hasn’t been an easy journey, with Sacha Baron Cohen at one point attached to star, only for that version to fall apart after the surviving members of Queen took umbrage with his desire to focus on the more adult aspects of Mercury’s life. That was five years ago, and for a while, it seemed like the film would never see the light of day. But eventually, things coalesced around Singer – who, let’s be fair, didn’t have the smoothest path through production and was replaced in the final weeks by Dexter Fletcher, though he retains sole credit – and star Rami Malek.

Back in 2013, no one even knew who Malek was, let alone would consider having him plan the lead in a tentpole biopic. But in the years since, he’s launched into the public consciousness thanks to his starring role in “Mr. Robot.” Nevertheless, he has some big shoes to fill. The film follows Mercury from his early days working as a Heathrow baggage handler through his chance meeting with Brian May (Gwilym Lee) and Roger Taylor (Ben Hardy) that led to the formation of one of the biggest bands in the universe. But the film is just as much about Mercury’s life, including his romantic relationships with Mary Austin (Lucy Boynton) and manager Paul Prenter (Allen Leech). Along the bumps in the road, we see how Mercury, May, Taylor and John Deacon (Joseph Mazzello) wrote some of their biggest hits, culminating in their legendary Live Aid performance at Wembley Stadium.

Anyone who’s read Mercury’s Wikipedia page probably could have done about as good a job writing this story. The script by Anthony McCarten is a lazy melange of tropes and platitudes, and it’s not a surprise that his previous scripts include other rote biopics like “The Theory of Everything” and “Darkest Hour.” It’s the sort of movie that goes out of its way to cast Mike Myers in a bit role (as an EMI record executive) purely to make the expected “Wayne’s World” joke and think it’s being ceaselessly clever. That’s about the apex of this bland and sanitized look at Queen, one that boasts Brian May and Roger Taylor as producers and is all the worse for it. Mercury seems like the only band member capable of doing anything wrong, and that dynamic, coupled with the knowledge that May and Taylor had heavy creative control, hangs over the proceedings. Any hope for something surprising or attempts at emotion, whether it’s Freddie’s reveal of his AIDS diagnosis or the rest of the band’s anger at his growing ego and drug abuse, feels so staged and dead on screen that it would be impossible to glean any excitement or empathy from it. Everything on the screen smacks of cynical calculation.

Malek, for his part, does what he can, but the deck is stacked against him. He labors under a protruding prosthetic overbite (the result of Mercury having four extra teeth in his mouth) and an accurate but terrible looking wig for the majority of the first two-thirds of the film, making him look like Freddie Mercury through a “Saturday Night Live” lens. Malek is better than that, but he doesn’t really come into his own until he ditches the wig, looking far more natural with Mercury’s close-cropped 80’s look. Still, his lip syncing is blatantly noticeable, shattering the film’s suspension of disbelief. Even during the climactic Live Aid concert, Singer zooms his camera over a computer-generated crowd. It’s all artifice. Singer wants “Bohemian Rhapsody” to be a cutting, trenchant look at this larger-than-life figure and the pain and tragedy hiding behind it (so basically, every biopic ever made about a famous person), but in practice, it’s all surface. There’s nothing going on underneath.

In the end, the complete disappointment of “Bohemian Rhapsody” becomes the perfect distillation of a question that plagues any biopic covering a subject who lived in the age of cameras: Why watch this when you can watch the real thing? Why spend 15 minutes recreating the Live Aid set when anyone can watch it on YouTube whenever they want? Considering this, all the pressure is put on the interstitial moments – Mercury’s life behind the music – and that’s where “Bohemian Rhapsody” fails spectacularly. There’s nothing interesting or exciting about this portrayal of Freddie Mercury. He’s a bystander in his own life, flitting from moment to moment until the movie dials up another Queen performance. We don’t see how he developed his singing voice or his stage presence. He just springs out, fully formed. We barely get a sense of his sexuality beyond some timid perfunctory montages.