Trending
You are at:Home»Vices»Drink of the Week: The Planter’s Cocktail #1 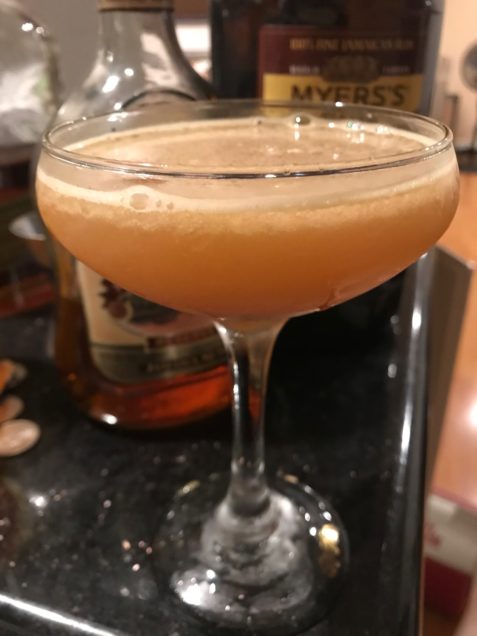 This week I”m taking a break from my fizz fixation and returning to the ways of old, DOTW style, with another selection from Harry Craddock’s The Savoy Cocktail Book. As Erik Ellestad noted almost exactly nine years ago, Craddock wrote that “This drink is greatly favored by Planters, particularly in Jamaica where Rum is good and cheap.” Don’t ask me what’s going on with the random capitalization of “Planter’s” and “Rum” but it’s impossible not to be a bit disturbed by the provenance of a drink. A planter, it turns out, is not someone who just plants things, but a manager of a plantation. Slavery had been illegal in Jamaica for a century by the time this recipe was published, at least.

Still, a drink’s a drink and just because Hitler was a vegetarian doesn’t mean we shouldn’t enjoy our our salads, right? So, here’s the first iteration of what actually constitutes a sub genre of rum based beverages. We’re starting it out simple.

Combine the ingredients in a cocktail shaker. Shake vigorously and strain into a chilled cocktail glass. Toast the idea of a world where all of get to be free enough to enjoy a nice beverage like this one.

This was a rare week when it seemed like I every time I turned around old friends were turning up and drinking at some of LA’s better bars followed. The up-shot being that I only had a few of shots at making this, but that keeps things simple.

Regarding rums. Although a very good product in other contexts, Papa Pilar’s heavy spice notes clashed pretty miserably with the other ingredients and was quickly dumped out. It’s not a Jamaican rum, so I thought maybe that was the problem. Meyer’s Dark is Jamaican and it was substantially better with a nice tang and some richness. Appleton Estate, with it’s easygoing, mellow nature made for a very pleasant, relatively mild drink that was really, really nice without being very sweet. On the other hand, I think my favorite might have been made with the value-priced Whaler’s Dark Rum, which is not Jamaican but Hawaiian and tends to be associated with tiki drinks. Seems like a touch of tiki might be just what the Planter’s #1 needs.