Trending
You are at:Home»Entertainment»Movies»Movie Review: “The Happytime Murders” 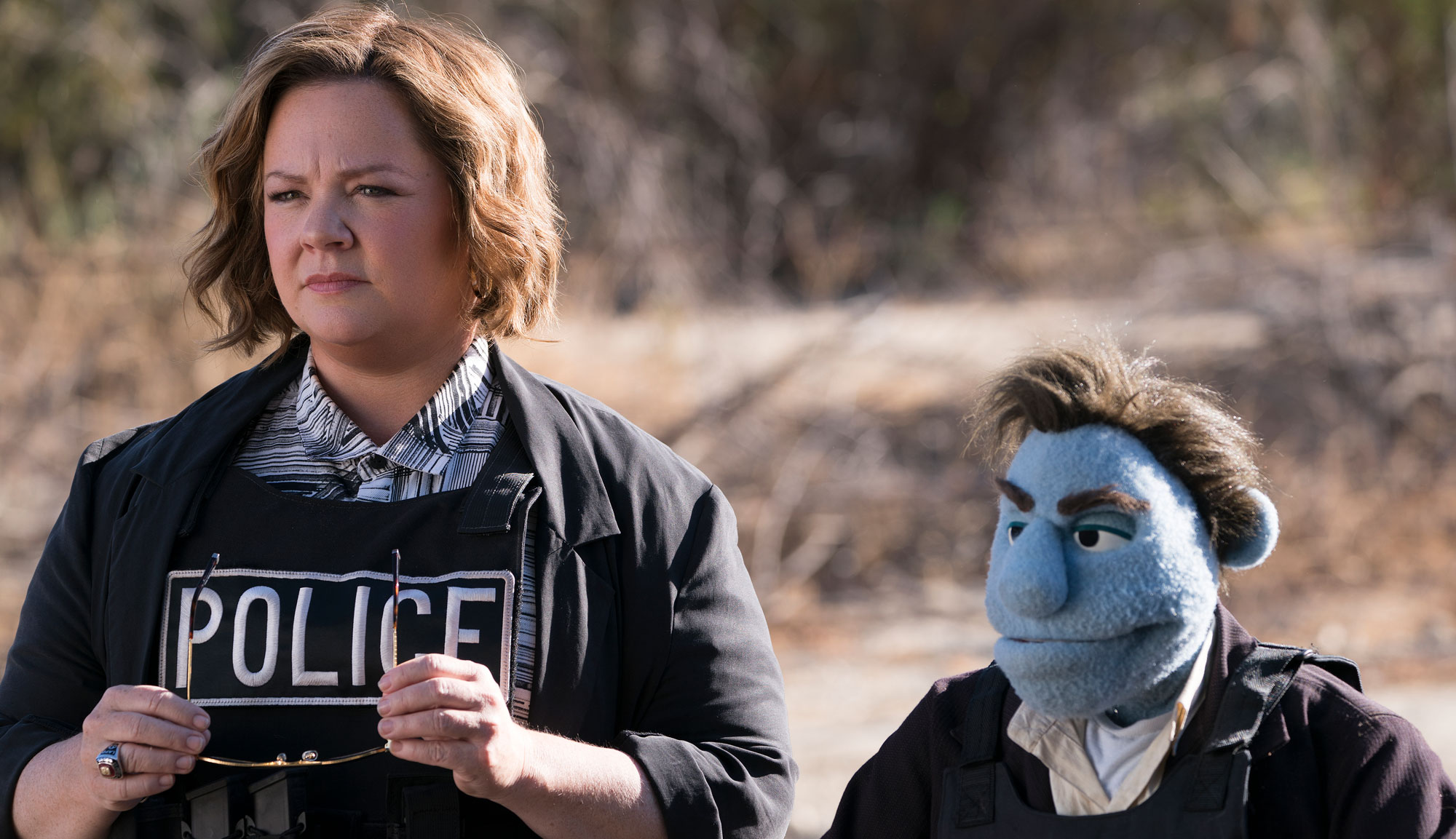 The modern pop culture landscape is no stranger to the concept of good puppets gone bad. Peter Jackson explored the idea in his splatter horror comedy “Meet the Feebles” in 1989. “Greg the Bunny” got a one-season run on Fox in 2002 after a series of shorts on the IFC network. “Avenue Q” was an off-Broadway smash in 2003. The fifth season of “Angel” featured its own spin on wholesome felt with a bad side with “Smile Time.” And “Community” and “Glee” have also gone down the puppet road. It’s safe to say at this point that the idea of taking Jim Henson’s beloved Muppets (because, let’s be clear, we say puppets, but all of these films and shows are pointedly descendants of Muppet-kind) and twisting them into something darker, something more adult, something shocking could be argued to be a bit old hat in 2018.

That could be why “The Happytime Murders” feels like a relic that missed its window. Directed by Brian Henson (marking his first feature-length film since 1996’s “Muppet Treasure Island”), the movie seems to take an alarming amount of inspiration from “Greg the Bunny,” with puppets that are real, sentient beings who are treated like second-class citizens as well as being rude, crude and up front with their sexual proclivities. That backdrop serves as the canvas for a murder mystery as puppet detective and disgraced ex-cop Phil Phillips (Bill Barretta) takes up the charge of solving a series of murders targeting the cast of popular children’s show “The Happytime Gang.” To make matters worse, Phil’s former flame, Jenny (Elizabeth Banks), appears to be the next in line for the chop. Because Phil constantly finds himself at the scene of these increasingly grisly puppet murders, an FBI agent (Joel McHale) assigned to the case becomes convinced that Phil is the one responsible, so Phil reteams with his old partner, Detective Connie Edwards (Melissa McCarthy), to solve the crime and clear his name.

So, to put things plainly, it’s the world of “Greg the Bunny,” the television show angle of “Smile Time” and the plot of “Who Framed Roger Rabbit” mixed in an R-rated blender. It makes sense that this film was in development hell for so long (it was originally announced ten years ago), because it’s emerged with a serious odor of mothballs. Even if this movie had come out in 2008, it might still feel that way, but the extra ten years has not helped the concept age into a fine wine. The marketing for the film hasn’t helped matters, going all in on puerile shock humor. That doesn’t really work, not only because we’ve seen it before, but because every single joke along those lines hits the exact same note. The script from Todd Berger seems convinced that a puppet saying the F-word is funny (it isn’t), but that doesn’t stop him from going back to the well. The approach wears out its welcome pretty quickly, leading to more than a few cases of scenes that go nowhere apart from a cheap and unfunny gag before abruptly moving on without any real significance. It breaks up the natural flow of the plot and makes much of the middle act feel tired and choppy.

It’s amazing how much wasted space there is in a movie that’s rolling credits at 81 minutes. An entire subplot involving puppet livers metabolizing sugar like cocaine is pointless other than to give McCarthy the opportunity to do some drug gags and physical humor. She’s in her standard R-rated comedy mode but still hasn’t managed to recapture the magic we’ve seen under the direction of Paul Feig. McHale might as well not even be in the film; he’s used so sparingly and poorly and has no tangible effect on anything. The only member of the human cast who manages to measure a pulse is Maya Rudolph, gleefully embodying the secretary with a heart of gold trope, although even that trope is limited at best here.

Surprisingly enough, the film somewhat succeeds as a tidy little noir thriller. Well, maybe “succeeds” is too charitable a word. It’s not going to redefine the genre, nor is it really trying to, but they at least do enough leg work to ensure the story isn’t just a skeleton upon which to hang a bunch of rote blue humor. What made “Who Framed Roger Rabbit” a success was its commitment to the story underlining the bit. Sure, seeing a bunch of famous cartoons in the same movie is novel, but that’s not enough to sustain a film. The novelty of “The Happytime Murders” is its off-color humor, but like “Roger Rabbit,” it at least tries to make it a bit more than that. Granted, the noir itself is about as basic as it gets, but it’s enough that it keeps pushing you forward like a cliffhanger at the end of a chapter in a pulpy novel. This is what the movie needs, because if it was literally nothing but setups for those terrible attempts at humor, it would have fallen on its face with alarming speed. Instead, its fall is more palatable, akin to boiling a frog.

In practice, you could argue that “The Happytime Murders” has succeeded in being both more and less than the sum of its parts. Its attempt at a noir pastiche punches above its admittedly light weight, and its attempt at humor punches far, far below it. What results is a movie that wants to be an R-rated “Who Framed Roger Rabbit” and doesn’t come close. Those who have a proclivity for the sort of lowest common denominator sex jokes will have a blast with “The Happytime Murders,” but they will likely be the only ones. Otherwise, it’s the sort of film that’s innocuous at best and groan-inducing at worst.