Trending
You are at:Home»Entertainment»Movies»Movie Review: “Sicario: Day of the Soldado” 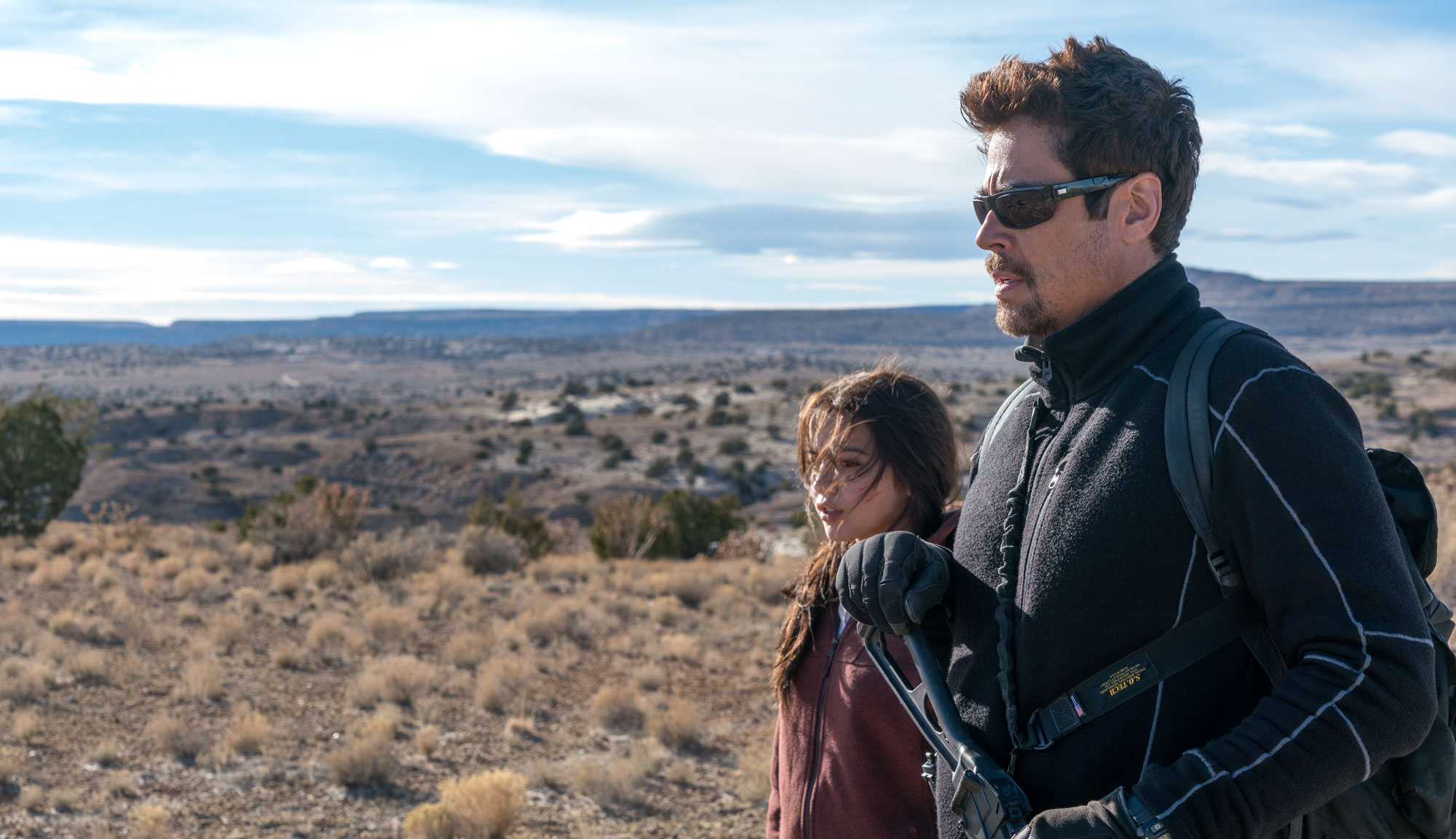 The political thriller/action movie has gained traction since the ’70s. Following on the heels of the fallout of Watergate and other international scandals, many adult-oriented films have been made in the intervening years that take existing, real world political elements and place them into a personal, dramatic tableau complete with a few exciting action sequences. It’s a good formula that, when done well, has the gravitas of biography while providing the vicarious delights of fantasy; the system is corrupt, but maybe the “little guy” can win just this once. “Sicario: Day of the Soldado” is a great example of this niche subgenre, as it takes real events surrounding Mexican drug cartels and border issues with the U.S. and wades into them on the backs of well-drawn characters in a less-than-realistic situation. The film is tense and entertaining across the board, presenting a fully realized world with real emotional weight that still has the ability to include dramatic flair and exciting moments. It is somewhat hobbled by the fact that reality is always shifting politically, but that doesn’t detract too much from an otherwise fantastic movie.

Following a terrorist attack on American soil, the U.S. government seeks to disrupt and harm Mexican cartels. The Secretary of Defense (Matthew Modine) has a member of his staff (Catherine Keener) enlist the help of Matt Graver (Josh Brolin) to strategize on the best way to topple these regimes. Graver is a black-ops agent who specializes in torturing, subterfuge and whatever else is necessary to get the job done. He brings in Alejandro (Benicio Del Toro), his operative from Mexico with a taste for vengeance against the cartels, and they decide to start a war among all the different factions by faking the kidnapping of one of the bosses’ young daughters (Isabela Moner). Things do not go as planned, and the realities of the mission keep shifting so suddenly that it becomes unclear whose side everyone is on.

“Sicario: Day of the Soldado” is a very good film because everything has a depth and weight to it that feels real. It isn’t, of course; it’s still a Hollywood distillation that oversimplifies, omits or just plain gets stuff wrong, so people should not go into this hoping to get a crash course in U.S./Mexican relations. But director Stefano Sollima, writer Taylor Sheridan and all of the technical and creative components work together seamlessly to conjure a world where every character could be the lead in his or her own film; where you have a real sense of the dust in the desert and the impact of bullets into cars. This is aided by the absolutely phenomenal acting of the cast – especially Del Toro, Brolin and Moner, the latter of whom shines in an underwritten role that she owns and invests with tons of emotion. Whether it’s the actors, Sheridan’s script, Sollima’s directing or (more than likely) a combination of all three, each character has enough idiosyncratic elements and human scenes that make them feel profoundly true and identifiable.

Those going in expecting a lot of action sequences or bombastic set pieces will be disappointed. There are flashes of violence throughout the movie, but it is all in service to the plot or as an extension of the characters. The filmmakers have crafted an intelligent thriller with a strong sense of danger, as it’s hard to know who to trust, who’s expendable and what will happen next. This creates a real propulsive through line that pushes the story forward and makes the pulse race as various groups descend upon each other. Despite running two hours long, it never feels its length and instead creates a sense that viewers could live in this world for far longer.

Unfortunately, the reality of the situation is also the film’s greatest weakness – specifically the political reality to which it adheres. Times are such that politics are constantly changing, and what was once a policy is no longer the case, or there are shifting allies and needs and priorities. It has been this way, to various degrees, since about 2000. “Day of the Soldado” gains a lot of gravitas from getting so much of the technical aspects right. However, the underpinning of current political situations in the U.S. make the main narrative thrust of this movie a bit suspect. The idea that since the “facts have changed” the “narrative has changed” is an unfortunately antiquated sentiment. Multiple administrations have waged wars on countries and populaces with less evidence than what is presented in this movie, and it just rings false that the political administration would get cold feet about optics. It’s a minor gripe that doesn’t impact the vast majority of the movie, but it is something that stands out as the story unfolds.

“Sicario: Day of the Soldado” is a vicious and engaging thriller that mixes up espionage plots, political commentary and character-based drama in an effective and winning way that will entertain audiences. With incredible performances, well-staged action beats and a tight script complete with moments of humor, Sollima’s film is a fully realized world complete with its own shadows and gods that is not so different from our own. It gets a bit bogged down in an old approach to truth in politics (perhaps the only time it isn’t cynical enough), but that is a small bump in the road in an otherwise excellent journey.