Trending
You are at:Home»Entertainment»Movies»Movie Review: “Kingsman: The Golden Circle” 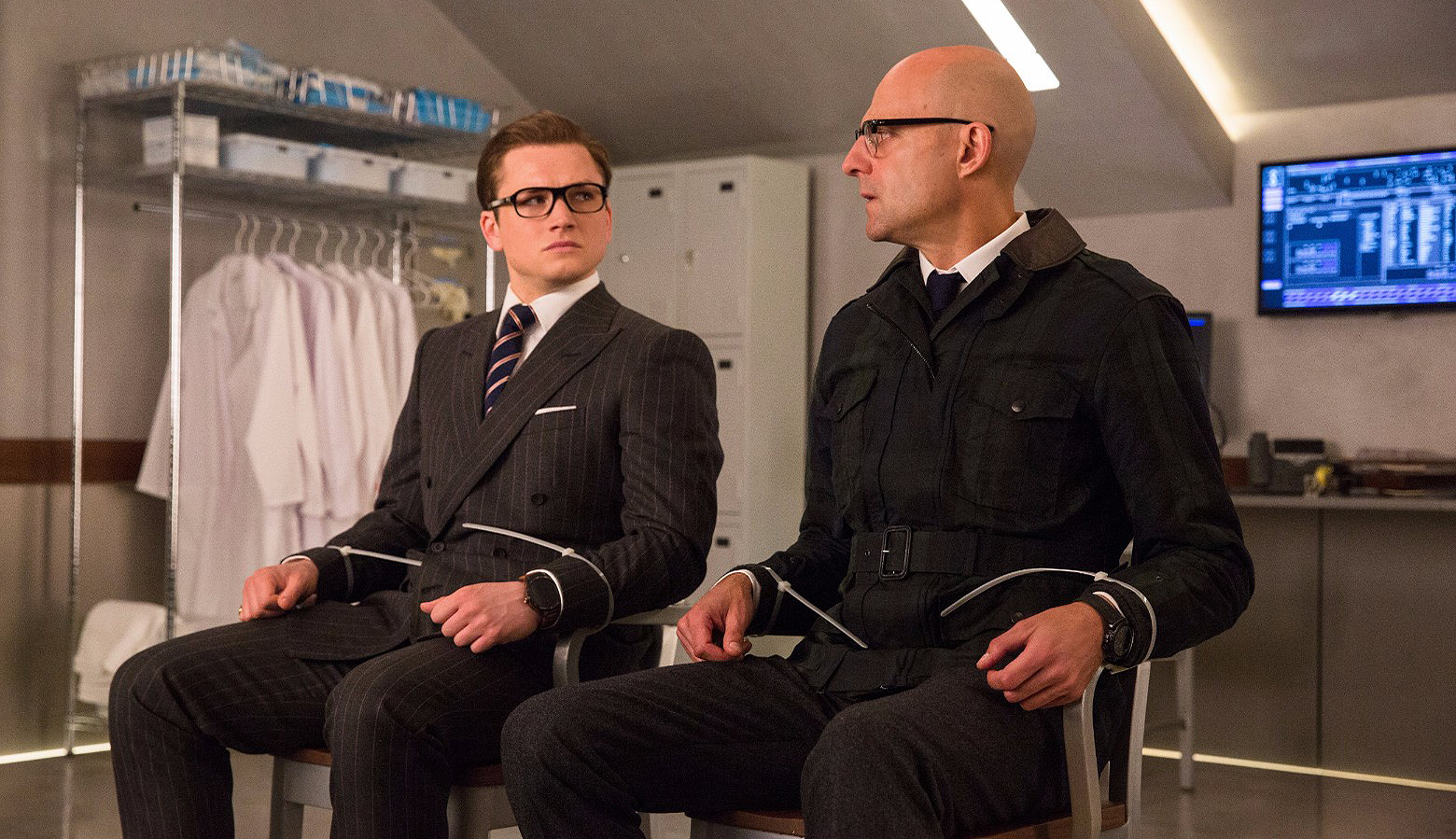 The beauty of films like “Kingsman: The Secret Service” is that once they’re seen, they can’t be unseen, and the world is forever different than it was before. Matthew Vaughn’s turbo-charged 2015 film completely rewrote the rules for spy films, depantsing its spy predecessors in the process. The best James Bond films look positively ancient by comparison, and even relative spy newbies like Jason Bourne and “Mission: Impossible” hero Ethan Hunt show the age of their source material when viewed through, ahem, “Kingsman” lenses.

The only problem is that a film like this can only surprise people once (ask the Wachowskis about that). “Kingsman: The Golden Circle” never had a shot at living up to the original, though that’s not for lack of trying. There are several dizzying action sequences, and Julianne Moore can now add ‘all-time badass movie villain’ to her list of accomplishments. It is highly entertaining, but there is nothing here that wasn’t also in the first film.

A year after the events of the first film, Eggsy (Taron Edgerton) seems to have adjusted to the bonkers double life of pretending to be a regular bloke who just happens to be dating Crown Princess Tilde of Sweden (Hanna Alstrom) by day, and Kingsman Agent Galahad by night. Eggsy receives a visit from Charlie Hesketh (Edward Holcroft), a rejected Kingsman trainee who makes an unsuccessful attempt on Eggsy’s life but achieves his goal of compromising the Kingsman for his new employer Poppy Adams (Moore), a billionaire, jungle-dwelling drug dealer with a fetish for the ‘50s. Poppy uses her new intel to launch a full-scale attack on the Kingsman, which only Eggsy and Merlin (Mark Strong) survive. The two execute the Kingsman Doomsday protocol, which leads them to the Statesman, an American group of like-minded agents who have already helped the Kingsman in ways they cannot imagine.

Poppy, tired of being a recluse and hungry for respect, brings the world to its knees by lacing her products with a toxin that will quickly and painfully kill her customers (but not without publicly shaming them first), whereupon she makes the President of the United States (Bruce Greenwood, in full heartless bastard mode) an offer: issue an executive decree legalizing drugs (thus making Poppy a legitimate businesswoman), and she’ll release the antidote to her product. Otherwise, all of the infected will die.

The “Kingsman” series has had fun exploring the balance between capitalism and humanity, and the imperfections of both. If the billionaire owner of a mobile phone company offers a phone with a free data plan, it surely comes with a catch. But for those who switch because they can’t afford a regular phone plan, do they deserve to be turned into maniacal killers on command? Likewise, “The Golden Circle” makes a compelling argument for the legalization of drugs, but for the worst of reasons, while asking the question: do all drug users, be they habitual or casual, deserve the same fate?

It is that aspect of the “Kingsman” films that is the most interesting. In the James Bond universe, the lives of regular people would be largely unaffected if the villain gets his or her way, whereas in the “Kingsman” world, the consequences are nothing short of a global catastrophe. Weaponizing cell phones and drugs; that is some terrifying social commentary.

Julianne Moore is not on screen much, but when she is, she makes every second count. Poppy is Martha Stewart gone full Sith lord (yes, Martha Stewart is obviously a Sith lord, but go with us here), one who speaks to everyone with the same friendly but bloodless tone in order to prevent them from determining whether or not Poppy intends to do them harm. It seems simple, but the best actresses make everything seem simple. What Moore does here is much harder than it looks.

Yes, Colin Firth is back as the original Agent Galahad. How they resurrected him, we won’t say, except to say that it’s both reasonable (from a graphic novel/fantasy world perspective) and a bit disappointing. The same goes for their approach of an unnamed character that, in a manner of seconds, permanently flipped them from good guy to someone with a hidden agenda. As clever as everything had been up to that point, it was a bit shocking to see that part of the plot handled so clumsily.

“Kingsman: The Golden Circle” is less than a step down from its predecessor than it is a step sideways. Indeed, one gets the sense that Vaughn himself is unaware of where the true strength of his original film lies, and it’s not the action set pieces, as spectacular as they are. A more character-driven installment would work wonders next time around.