Trending
You are at:Home»Entertainment»Movies»Movie Review: “Mother!” 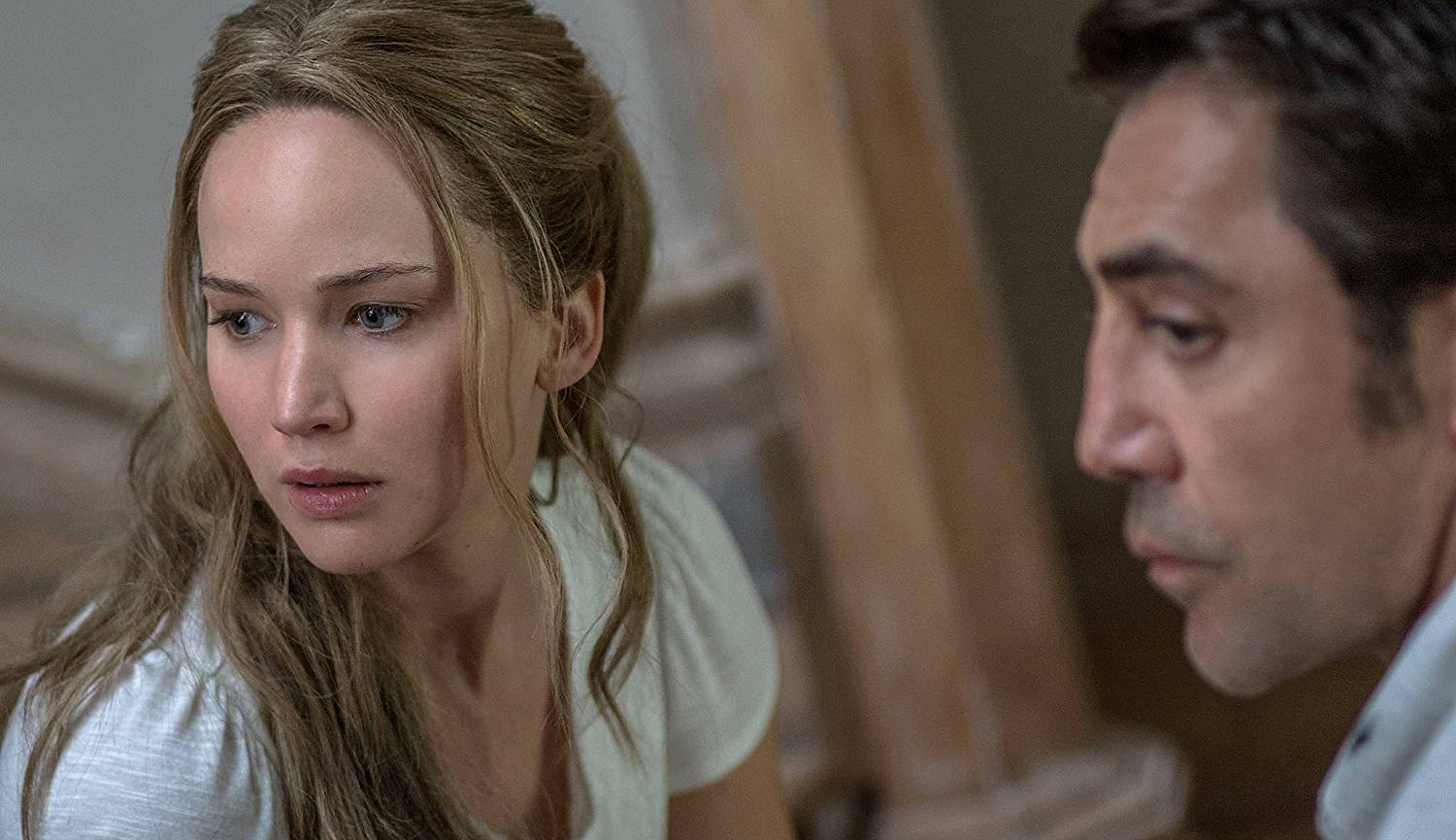 Darren Aronofsky has always been a singular filmmaker with a unique voice that meditates on the thin lines that separate madness from sanity. He mainly has two thematic motifs that he returns to throughout his work. The first is the divide between the spiritual and the physical, noting the limits of mortality and physical needs while the soul aspires for something more. The second, closely related theme is obsession, an unstoppable force that inexplicably drives people beyond their breaking points in the hope of attaining something that lies just beyond their reach.

These two elements are contained within his latest film, “Mother!,” which is an esoteric allegory that will be interpreted and debated for years to come. Aronofsky has crafted a puzzle box of a movie that changes shape depending on which angle audiences approach it; the film is both a widely Judeo-Christian religious parable and a deeply personal apologia for relationships with artists. It doesn’t make sense in the straightforward, cookie cutter way that most plots do, but it’s never too obscure to follow or too stuck in its own metaphors to be effective. Instead, it’s a riveting and moving look at the power of creation, the price of devotion and the obsession that lies at the heart of all types of love.

Jennifer Lawrence plays the titular character, a young bride married to Javier Bardem’s successful poet, who has retreated to a rural house for inspiration for his next work. While Bardem struggles to come up with new words to fill his pages, Lawrence devotes herself to renovating and rebuilding the once burned-down house; she pours herself into restoring every room, floorboard and fixture to create a home for the couple. One evening, a man (Ed Harris) happens upon their house believing it to be a bed and breakfast, and Bardem invites him to stay the night. Soon after, the man’s wife (Michelle Pfeiffer) shows up, and then eventually, his sons (Brian and Domhnall Gleeson) as well. Before long, their home becomes overrun with guests, while Lawrence feels a disconnect growing ever wider between her and Bardem.

“Mother!” is not for everyone. It’s not a commercial horror movie like “It,” or a tense psychological thriller like “The Silence of the Lambs,” or even a relationship drama about two people drifting apart like “Blue Valentine.” It is a completely original story that is also utterly familiar due in part to its analogous nature and clear influences. To get a sense of what “Mother!” is like, combine Luis Buñuel’s “The Exterminating Angel” with J.G. Ballard’s “High Rise,” throw in a healthy mix of Roman Polanski films (specifically “The Tenant,” “Repulsion” and “Rosemary’s Baby”), and top it all off with a pinch of Shel Silverstein’s “The Giving Tree.” Those myriad influences are added to some religious iconography and autobiographical shortcomings of artists to produce a wholly original work that will leave viewers thinking about what they’ve just witnessed long after the lights have come on in the theater.

Lawrence is perfect in the central role. Essentially a typical bourgeoisie white woman looking to create the perfect life, she’s plunged into a nightmare of polite society with all of the visitors. Her attempts at creating a home with Bardem, first through renovation and then through pregnancy, reflect a sad subservience to the love she feels for this man – a love that may not be enough for him. Lawrence exudes panic, frustration and horror at all of the plights that befall her and her house, failing as she tries to maintain some understanding of what her husband has brought into their secluded Eden. It’s a tough role that conjures up a lot of empathy from the audience due to her impassioned portrayal, one that sees the actress adrift in a sea of chaos beyond her control.

The rest of the supporting cast are all excellent in their various parts. Pfeiffer especially shines as the conniving woman who drips with disdain for Lawrence, refusing to recognize her authority within her own house. The roles are mostly enigmatic vessels that act as further stones separating Lawrence from Bardem, leading up to an apocalyptic crescendo of a third act where everything truly goes to hell and Lawrence finally sees the relationship for what it is.

The camerawork in “Mother!” is well done, usually framing Lawrence in the center but almost constantly in motion with handheld movements, pans and quick cuts. This adds to the growing sense of absurd panic and burgeoning pandemonium as there always seems to be something amiss, something unsettled in the frame. Also, the sound design is particularly sharp, creating a world of loud textures and textile sensations as every touch and action registers with the ears. This grounds “mother!” in a real world while the visuals throw us in disarray, a discord that produces a sense of unease that does not bode well for the characters in the film.

Aronofsky has once again created a sensuous and dark fable that will be mulled over by audiences for years. Expect many think pieces and debates to break out about “the true meaning” of “Mother!” in the next few weeks… or even for years to come. By using an exquisite performance that’s grounded in a world of real texture and thrown against a chaotic visual palate and increasingly insane story, “Mother!” delivers a creeping tension that once again meditates on the disconnect between the spiritual and the physical. An obsessive love, which could also be a religious devotion, proves to be the undoing of many within the confines of the film. But even though Aronofsky is returning to themes that he has explored superbly in the past, he is doing so with a fresh and darker take. He has delivered a film that is at once personal and universal, and audiences everywhere will be the richer for it.