Trending
You are at:Home»Lifestyle»See what’s inside of your walls with Walabot

When it was suggested that a device had hit the market that would allow the user to see through walls, many people must have believed X-Ray glasses had finally arrived and would no doubt have been used quickly for all sorts of purposes. The device in question is called Walabot, and it’s a tool specifically designed to see through walls. 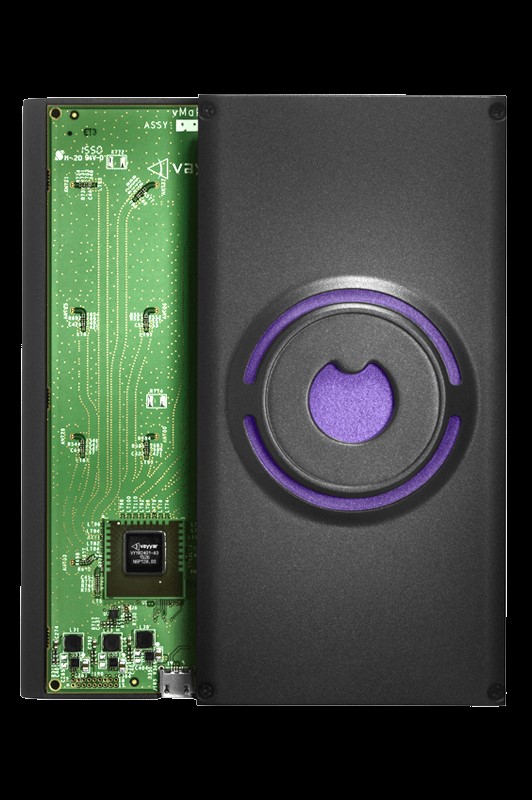 At first, the Walabot looks very much like a gadget Batman would have strapped to his utility belt. It is black, sleek and the longer you look at it the more you become intrigued. After looking at it for some time; you’ll eventually get around to opening the instructions and realizing you’ll need to mount the device onto your mobile phone to get started.

How Does it Work?

Put simply, the Walabot attaches to a mobile phone and shows the user a display of the piping and wiring that hides behind their walls. The view goes as far as 4 inches and shows everything clearly, from studs to pipes and everything in between.

Essentially, the Walabot works by using an advanced radio frequency (RF) signal created by Vayyar to create an X-Ray like effect that works on a variety of materials, including concrete and drywall fibres. The signals bounce back off the items it cannot penetrate, such as pipework, to create an image of what lies behind the wall – superbly intelligent and a godsend for practical trades.

Who Would Need One? 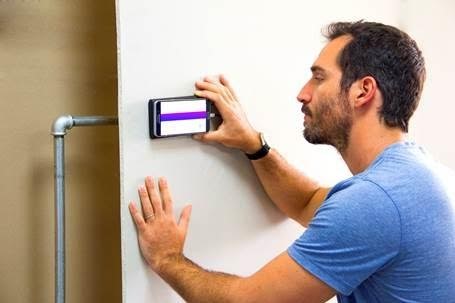 Anyone who works in DIY, home renovation, construction capacity should seriously consider investing in the Walabot. As a safety device, the Walabot can remove the risk of hitting water/gas piping or even the risk of electrocution by showing the user where the hazards are and where to look in order to avoid striking them during their work.

When it came down to testing Walabot in the office, we used it to identify the center of a stud when hanging up a new TV. It can save you a lot of time and money, as you can use it to trace the path of wires and even to open a hole in the wall to connect a switch to.The technology that goes into the Walabot is used for hundreds of purposes in manufacturing, construction and various other industries – and now that same tech for the first time is available at the consumer level and can create an infinitely safer working environment for your next DIY or renovation project.

The Walabot is a pretty amazing piece of technology and the first of its kind when it comes enabling you to map your walls and showing you an actual visual of whats hidden from view. Similar technology has been around for a few years in the shape of stud finders and the like, but we’ve never been able to see through walls before to truly identify where the hazards are lurking. The device also gets regular software updates with new functionality, so if you want a tool that will evolve with you, this is the one.

The Only drawback is that for now its only available on Android.