Trending
You are at:Home»Entertainment»Movies»Movie Review: “The Eyes of Tammy Faye” 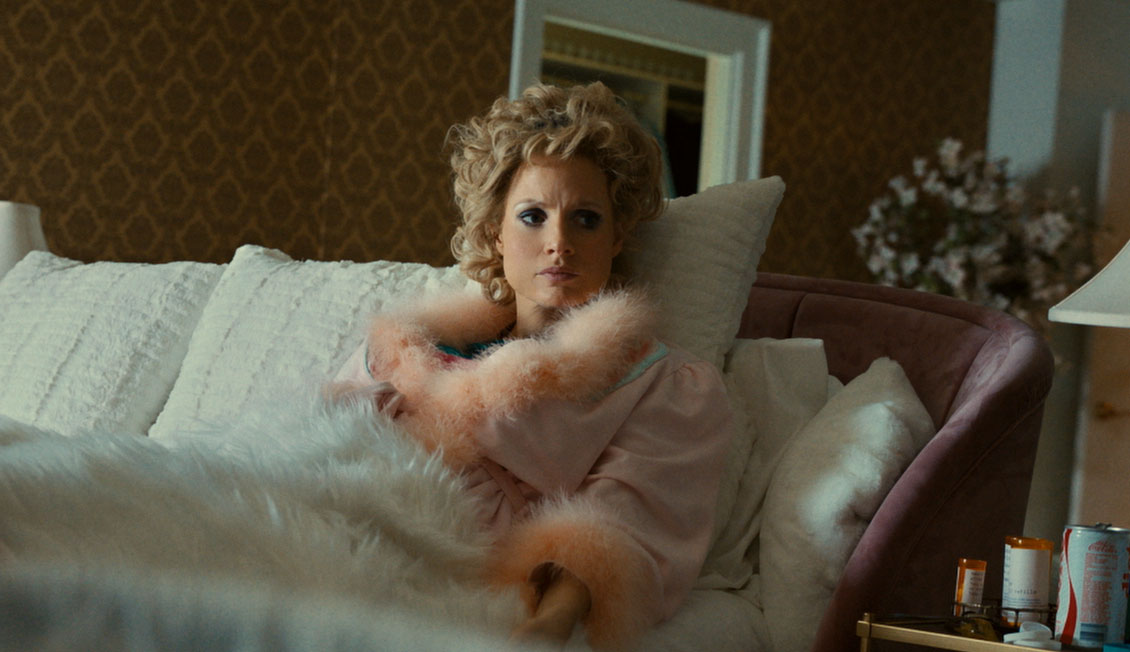 So many figures of the late 20th century became indelible fixtures through very memorable physical appearances and idiosyncratic behavior displayed on a national (and sometimes global) stage. It was as if a bunch of newsworthy people decided to arrive in the spotlight already boiled down to a caricature of themselves and pre-packaged for their inevitable portrayals on late-night talk shows and “Saturday Night Live.” Part of this seems to simply be happenstance, but it also speaks to the media-savvy nature of many of these characters. Most of them had been around entertainment or knew how marketing efforts worked for political campaigns and industries, and so they transformed themselves into brands, even at the expense of a real sense of humanity.

Jim and Tammy Faye Bakker were news cycle icons whose meteoric rise was built on a seemingly intrinsic understanding of media literacy and whose scandalous fall became fodder for tabloids and punchlines alike. “The Eyes of Tammy Faye,” the new film directed by Michael Showalter and written by Abe Sylvia (based on the 2000 documentary of the same name), seeks to chisel away at the televangelists’ branding to unearth whatever humanity lies underneath. There are some powerful scenes fueled by exceptional performances, but the biopic feels like a pulled punch narratively and stylistically. Viewers may learn more about the people involved than they would in a “Tonight Show” monologue, but none of it truly connects as well as it should.

Tammy Faye LaValley (Jessica Chastain) is the only child from her mother Rachel’s (Cherry Jones) first marriage, which ended in divorce. Such an act wasn’t very accepted in the 1950s, especially in a rural Pentecostal community, but they allow Rachel to stay in the church and play the piano after she’s remarried. Though Tammy Faye is forbidden from attending service, she figures out how to get into the church’s good graces and eventually heads off to bible college, where she meets, falls in love with and marries Jim Bakker (Andrew Garfield). The two hit the road, performing sermons and songs geared towards children in hopes of bringing parents along, and they quickly move up the ranks in the burgeoning televangelist world, first under the tutelage of Pat Robertson (Gabriel Olds) and then on their own with the Praise the Lord (PTL) network. Tammy Faye constantly comes up with new ideas to increase viewership, donations and programming but is pushed to the shadows by the other male preachers who surround and covet her husband… all while allegations of fiscal and personal impropriety mount. Tammy Faye and Jim are national figures who command large checks and audiences with U.S. presidents, but they grow further apart as the cracks in PTL widen.

“The Eyes of Tammy Faye” does a lot of stuff well, making it a completely pleasant moviegoing experience. The period costumes and set designs are spot-on and impressive, with Showalter literally recreating multiple segments from PTL and using similar film stock (or at least a good computer filter) to make it look era-appropriate. Just as directors Fenton Bailey and Randy Barbato did with their documentary, Sylvia’s script also doesn’t take a hard stance on what Tammy Faye knew about the various scandals or when. There are times when she’s meant to be seen as a country bumpkin who’s just happy to be along for the ride and other times when she conjures an evangelical Lady Macbeth pulling the strings to manifest Jim’s designs. That could be infuriating, but it works well in “The Eyes of Tammy Faye” because it suggests that this person who was so (infamously) obsessed with image made sure to keep that aspect of her persona almost impossible to pin down.

Chastain is mostly great as Tammy Faye, with a portrayal that is at its most cartoonish before all of the fame and layers of make-up. When Tammy Faye is still in bible college and then on the road with Jim, a lot of her personality is conveyed through vocal tics and exaggerated behavior. It’s not until the Bakkers start gaining prominence with Robertson and PTL that the performance becomes more layered and varied. This suggests that the “true” Tammy Faye was the one under the spotlights and living in decadence, performing song-and-dance routines while possibly fleecing the underprivileged. Before all that, she was simply trying to play a part in life. It’s either a bit of bad editing, shrewd directing or masterful acting (or maybe a combination of all three), but it makes for a much more engaging character study that allows Chastain to reveal hidden depths of pain and humor in the most surreal circumstances.

Many of the other actors fare well in their roles (particularly Jones, Frederic Lehne as Tammy Faye’s stepfather and Vincent D’Onofrio as supervillain Jerry Falwell), but far too many feel like broad sketch comedy performances. This is especially true of Garfield, whose Jim Bakker feels less like a real person and more like an “SNL” impression. The performance is made up of a forced soft voice with a simple Southern twang and repeated mannerisms that are meant to foreshadow his later fall from grace but are incredibly belabored. Then again, perhaps that’s the point. There are lots of montages and musical sequences revealing the opulence of the Bakkers that make it feel like the middle of a Scorsese gangster film where it seems like the good times will never end (until they do). These stylish excursions speak to the artifice not just of the PTL’s ministries but also the Bakkers’ marriage, the idea of success, evangelical faith and more, yet they are only occasional blips and never quite push the envelope far enough.

Tammy Faye was a fascinating person who was emblematic of a particular time and place — Ronald Reagan’s America — but as “The Eyes of Tammy Faye” demonstrates multiple times, she was also not content to join the herd mentality. She didn’t condemn homosexuality and did a lot of outreach for HIV/AIDS patients at a time when few (even outside the evangelical community) were willing to do so. And yet, even though 21 years have passed since the documentary on which Showalter’s film is based, there is very little added to the story. In fact, the film ends basically where the documentary does, failing to utilize those additional decades to provide greater insight and create more impactful context. Though Chastain deserves all the accolades for portraying such an enigmatic woman with such sincerity, it feels like too much of the movie is built on half measures and lacks a commitment to becoming something exceptional.