Trending
You are at:Home»Entertainment»Movies»Movie Review: “Sound of Metal” 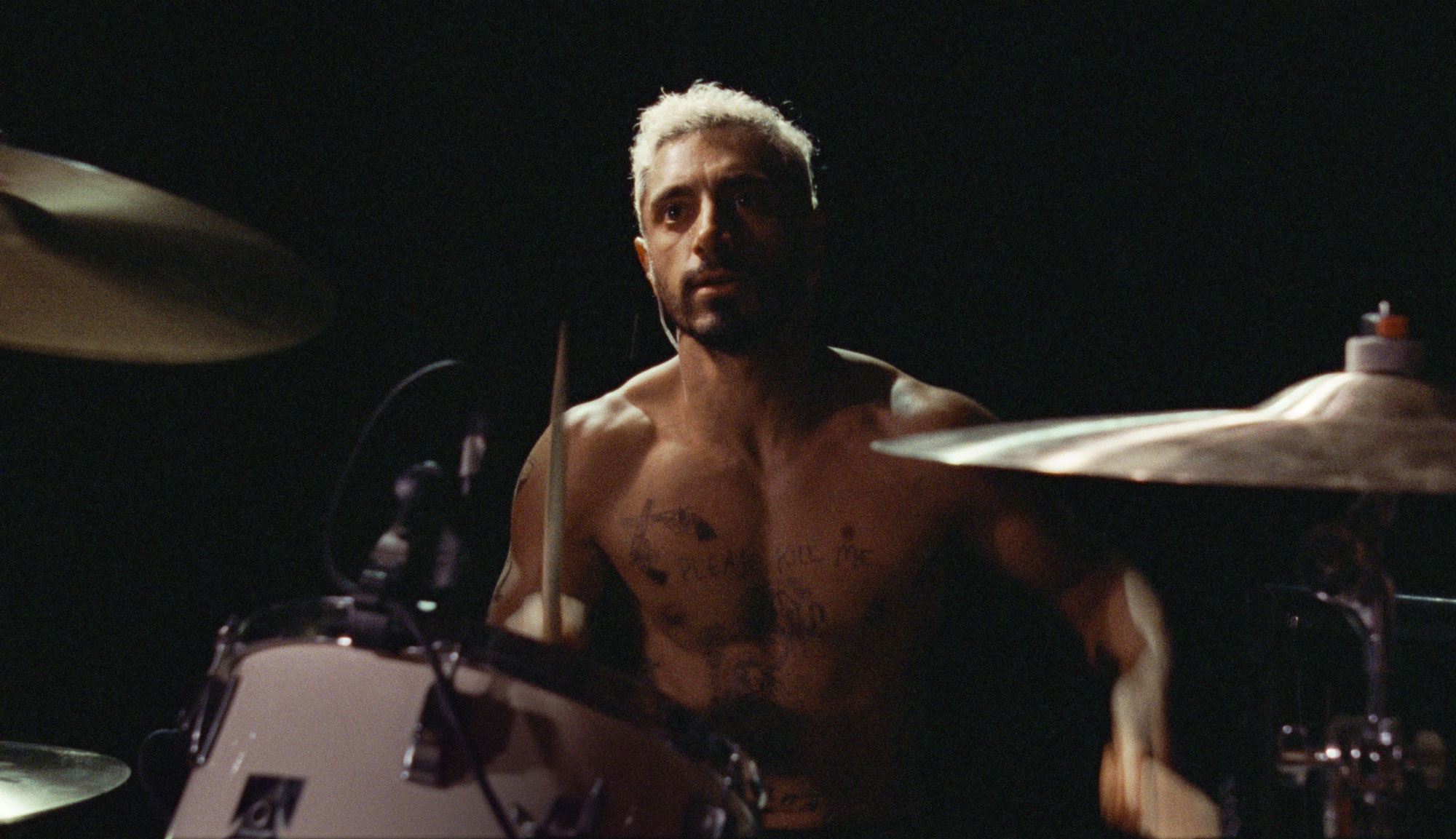 Ruben (Riz Ahmed) is a recovering heroin addict and underground metalcore drummer in a two-piece band with his girlfriend, Lou (Olivia Cooke). He spends his nights in tiny clubs and holes in the wall surrounded by people — the air filled with squealing feedback, crashing cymbals and relentless double bass. For Ruben, to gig is to live, to hold the demons at bay and to scrape together enough scratch to keep going for another day. It’s an extraordinarily fragile life, but one that gives him comfort.

But what happens when the one thing that keeps you straight is taken from you? After a gig like any other, Ruben starts to suffer from extreme hearing loss, unable to understand even simple conversations with Lou. He keeps it to himself, continuing to play gigs, though his drumming starts to go south the less he can hear Lou’s guitar. A trip to the doctor confirms his worst fears: his hearing loss is not reversible, and his life will never be the same. Worried about a backslide into addiction, Ruben’s sponsor finds him a community for the deaf run by Joe (Paul Raci), an older hippie-type who offers support as long as his charges can follow the rules. But Ruben feels lost without his music and thinks that an expensive surgery will get him back on track and back with Lou doing what he loves.

Unsurprisingly, sound design plays a pivotal role in the success of “Sound of Metal.” Director Darius Marder knows that it’s vital to understand what Ruben is going through, and the only way to truly feel his anguish is to hear what he hears, or doesn’t hear, as it were. This certainly isn’t the first film to utilize sound design in such a way; there have been plenty of war movies that will drop the sound and replace it with a high-pitched tone when a bomb explodes nearby, but those moments are fleeting. Here, it serves to underscore the creeping dread that would have been otherwise internalized — the initial panic and confusion bridging to an eventual grim determination that this isn’t going to defeat him.

But it’s not just tricks played with the sound to simulate hearing loss. It’s the way that conversation doesn’t fill the room, the way that hands smack together during sign language and how nothing covers up the clinking of silverware on dishes at dinner that really makes the loneliness and solitude of Ruben’s experience hit home. This isn’t to say that “Sound of Metal” treats deafness as weakness or defeat. Ruben certainly does, but that’s his character’s journey. I can’t speak to the accuracy of the portrayal of the deaf experience in Marder’s film, but the involvement of Raci, a deaf activist and musician himself, seems to indicate an attention to detail to be admired.

Ahmed pulls just as much weight as the sound does, of course, expertly presenting multiple stages of grief throughout the film. He so perfectly encapsulates that sense of hubris that can come with recovering from addiction — the sense that every choice is potentially the one that will lead him back to the dark side of life and yet refusing to put his trust in anyone who claims they want to help. This ends up being the main thrust of the middle portion of the film, following Ruben as he grapples with his disability and tries to fit in with the ragtag group. Things turn pretty conventional during this section of the movie, which isn’t automatically a bad thing, and Ahmed is there to carry the load with ease.

It’s the third act, though, that really elevates “Sound of Metal” to become something truly special. While Ruben has clearly learned quite a bit from his time in the commune, even becoming something of a leader among the crowd, he still sees it as a means to an end. The surgery is all that matters. Getting back to his old life is all that matters. He still sees this experience as a setback instead of a new normal; a temporary bump in the road. But life is rarely that simple, and Marder’s script doesn’t let him off that easily. By the end, “Sound of Metal” becomes something different altogether — a meditation on the decisions we make and the consequences they have.

All of this falls on the shoulders of Riz Ahmed, though it’s by no means a one-person film. Olivia Cooke makes for strong motivation, and Paul Raci is especially effective in his role, toeing the line between no-nonsense expectations and a softer side when Ruben is clearly struggling. But Ahmed, who is still slowly coming of age as a star in his own right, owns the screen in a way that points to a long and fruitful career to come. A musician himself, Ahmed seamlessly steps into that world and has so much wit, soul and charisma that you can’t help but hope for his success. He’s the reason that the middle section doesn’t sag, which it easily could have under lesser circumstances.

There are aspects of “Sound of Metal” that have been seen before. Indeed, when you strip the specifics of the narrative, much of the plot’s overall movement could be considered pretty standard stuff that you might see in any other addiction story. But Ahmed is so strong, and the specifics of the world are so fully realized, that it overcomes any concern for diminishing returns. “Sound of Metal” doesn’t reinvent the wheel, but it does make a pretty darned spectacular wheel.