Trending
You are at:Home»Entertainment»Movies»Movie Review: “Freaky” 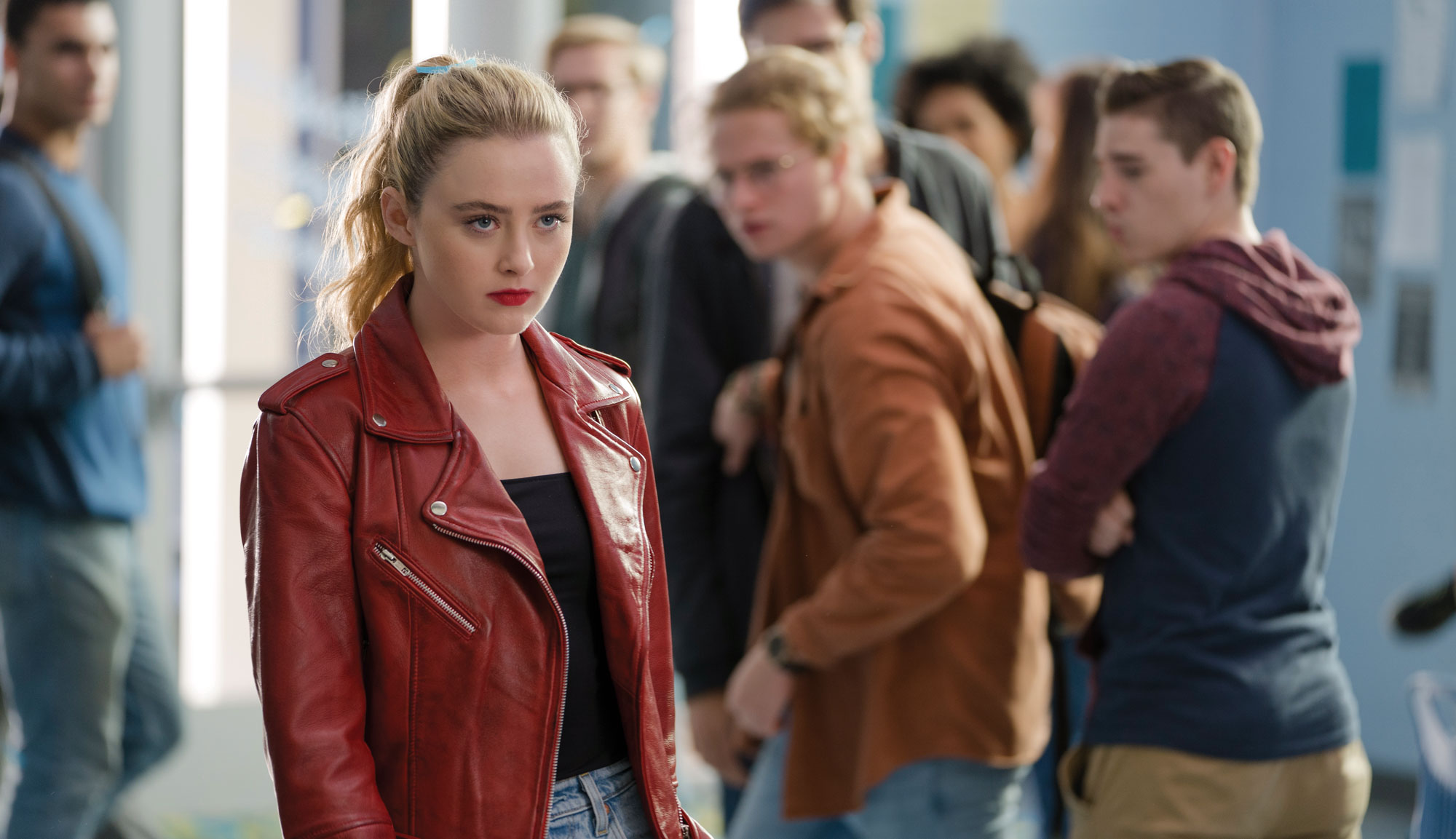 The early ‘80s heyday of slasher films produced dozens of titles that have become staples of pop culture, beloved cult classics and rightly forgotten duds. But due to that excess, it became harder to reproduce later as plots were exhausted and audiences grew tired of the formulaic approach. 1996’s “Scream” added a meta-textual element to slashers that paved the way for a mini-resurgence with some enjoyable (if immemorable) movies that featured beautiful people from various WB and UPN teen dramas. As the kids who were raised on these early slasher films because filmmakers themselves, there have been more attempts to revive this former staple of horror. Most keep the meta element of “Scream” but also introduce some form of gimmick, like the role reversal of “Tragedy Girls” and “Tucker & Dale vs. Evil” or the time loop of Christopher Landon’s “Happy Death Day” movies. Landon’s latest feature, “Freaky,” once again crosspollinates the slasher film with a subgenre of another kind: the body swap comedy. The resulting product is a mixed bag in terms of humor and horror but has many strong moments and unexpected approaches that make it an enjoyable watch.

Blissfield is an average suburban town with a high school that adheres to the usual strict social hierarchy. It also has its own local boogeyman in the form of the Blissfield Butcher (Vince Vaughn), who murders teens around Homecoming weekend. When the Butcher attempts to murder perennial wallflower Milly (Kathryn Newton) with an Aztecan ceremonial dagger (as one does), the two swap places, with Milly’s consciousness now in the lumbering behemoth’s body and the Butcher’s consciousness in the high schooler’s diminutive frame. With a strict deadline to undo the mystical spell, Milly must convince her friends Nyla (Celeste O’Connor) and Josh (Misha Osherovich) to help her while the Butcher continues his murderous ways.

Landon (who co-wrote “Freaky” with Michael Kennedy) has a sincere love for slasher films that permeates his work. With the “Happy Death Day” movies, he attempted to create an iconic mask along with inventive kills that harkened back to the heights of the subgenre. That same affinity is on display in “Freaky,” although the mask is quickly ditched and the clever carnage is increased, matching the most gruesome deaths of “The Burning,” “The Prowler” and other hits from that bygone era. The movie starts out on awkward footing, though, as there is a lot of winking dialogue about the morality of scary stories and direct visual references to horror classics. This self-awareness immediately takes the wind out of its sails. Luckily, it quickly rights itself and manages to find a good balance between humor and horror, delivering some truly funny sequences along with some uniquely grotesque murders that appear mostly practical and less constrained by censors as opposed to more recent genre titles.

Newton is great as the much put-upon Milly and then as the teenage terminator who stalks the high school hallways looking for new prey. Her physicality between the two characters — not just due to the glow-up that Milly receives when the Butcher inhabits her body — is impressive to watch. It’s not always subtle, but watching hunched shoulders become broad or intermittent eye contact become sustained showcases a lot about these personas. Vaughn is clearly having fun and relishing the chance at playing against his appearance, while O’Connor, Osherovich and Uriah Shelton as Milly’s crush do serviceable work and buck stereotypes as they help navigate this freaky Friday the 13th. They are able to have rapid banter with each other and recognize the absurdity of the situation without undermining the threat they face.

The two main issues with “Freaky” are split between a horror problem and a humor problem. In terms of the latter, the film tries to get a lot of mileage out of Vaughn as a teenage girl. There are some funny moments with him speaking in emojis and using teenage colloquialisms in a soft voice or reacting to being in a different body, but that’s mostly the entire joke, and it just keeps happening. Clearly, that’s meant to be part of the charm and is the inherent comedic punchline to this concept, but there are diminishing returns as it continues.

The other hitch with “Freaky” is that the Butcher is initially presented as a Jason Voorhees/Michael Myers type — giant, lumbering, brutal and silent. Putting that character in the body of a petite teenage girl is a good visual juxtaposition, but suddenly, the Butcher is delivering threats and interacting with people in ways that seem completely against how the character was originally established. If the opening act had introduced the Butcher as a quip-making killer à la Freddy Krueger, then it would work, but there’s no real character for Newton to play beyond glowering menace, so it requires a change in the previously established Butcher character. A shy girl suddenly using shocking expletives and issuing graphic threats is a clear demarcation between the two personas, but it seems incongruent with the kind of character that Butcher is supposed to be.

Nevertheless, Landon delivers a film that looks great thanks to some engaging sets, fun camera work, and coherently blocked and edited scenes so audiences know the spatial relationships between people. The fighting is well choreographed and has a grounded sensibility that helps cement the horror part of the ludicrous but fun premise. Not all gimmicks are as quaint and uninteresting as slapping on a pair of 3-D glasses, and Landon proves here that combining genres and injecting high concepts into a previously well-worn formula can be a clever approach that creates a fun synthesis. Even with its drawbacks, “Freaky” is a truly entertaining slasher film that uses these gimmicks with an inventive flair to produce something familiar yet wholly unique at the same time.