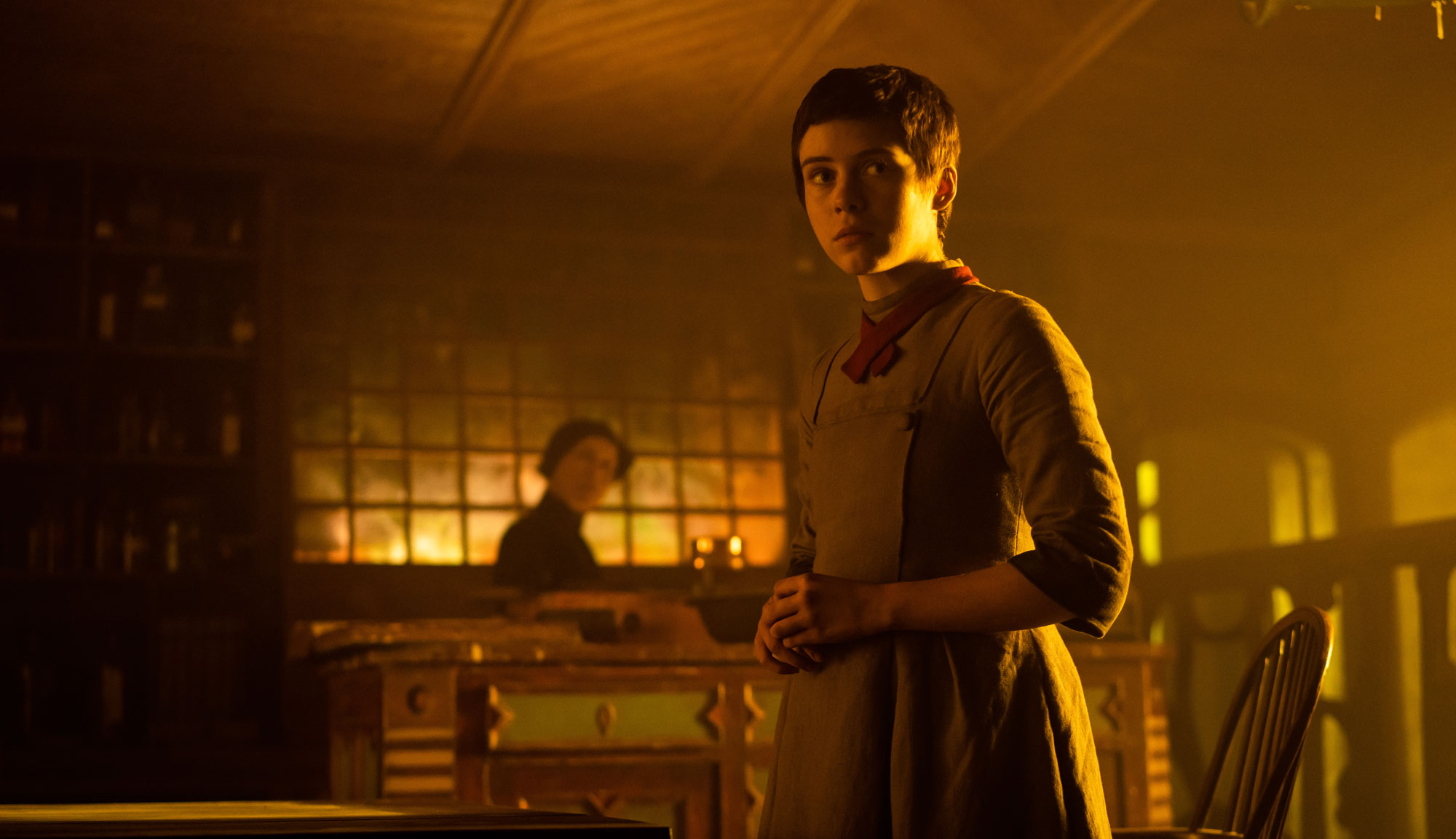 Recently, people have criticized various horror films for not scaring them and therefore equating whether a movie in the genre is good or not based on that fact. It’s a dumb benchmark, as the quality of a horror film isn’t reflective of whether it’s scary. That measurement ignores every other way that cinema is assessed, like imagery, sound, performances, storytelling and more. Take, for instance, “Gretel & Hansel.” Though the film is PG-13 and could potentially give some of its younger viewers nightmares, it’s not a scary movie. There’s an ethereal quality to it that removes the immediacy that can be found in most effectively horrifying films. It’s based on a well-known story, so there’s not much surprise in the narrative, and while there are a few startling moments, it doesn’t resort to the sort of quick cut/orchestral sting jump scares that far too many thrillers use in place of creating something genuinely creepy. But even though it’s not a frightening experience, director Osgood Perkins has crafted an incredible piece of art with mesmerizing visuals and a sense of childhood darkness that makes for a brilliantly engaging film.

Gretel (Sophia Lillis) and her brother Hansel (Samuel Leakey) entertain each other with old fairy tales while struggling through a recent bout of pestilence and poverty that has befallen their village. After the death of their father, they are cast out into the woods where they eventually happen upon a mysterious house. The old woman who lives there (Alice Krige) is only too happy to take them in, feed them with all sorts of delicious meals and train them in the ways of the world. But of course, things are not what they seem, and the children soon begin to learn the truth about their mysterious benefactor.

A smart script by Rob Hayes and strong direction from Perkins make what could have been a dumb, gritty twist on an old tale into a truly effective film. From the use of harsh geometric shapes amidst the organic flora of the forest to the cloaked figures who may or may not be surrounding the children in the distance, “Gretel & Hansel” is able to create and utilize purposefully off-kilter imagery that seems innovative and unique yet also hauntingly familiar. Cinematographer Galo Olivares beautifully captures all of this imagery — switching between sterile whites, drab browns, imposing blacks and dazzling colors — through well-crafted shots that maintain the fantasy feeling while also injecting the audience into the mind of Gretel as her understanding of the world shifts throughout the story.

The title change is an indication of the small but clever ways that the filmmakers have altered this Grimm fairy tale into something beyond the storybook. “Gretel & Hansel” is more primarily concerned with Gretel, a girl becoming a woman in a world that has rarely been kind or understanding to that gender. She is cursed with knowledge — the pragmatic realities of what life has to offer as well as a slight intuition about matters — and is grappling with how to best deal with it as she suddenly must take care of her younger brother. Lillis is excellent in the role and is able to showcase so much depth of emotion with a few slight facial expressions. The only small criticism of her performance (and, indeed, of the whole film) is that her accent is a bit jarring. That’s not to say that she needed a fake British accent or anything but rather that her voice has a very modern American twang to it that is occasionally at odds with the older word choices and sentence structures that she speaks. It’s a minor detail, but it’s there.

Leakey has less to do by design, but he still creates a fully fleshed little boy who is petulant, funny and impressionable, all while maintaining a sort of fearsome innocence that seems just on the edge of being taken away. Krige is amazing as the old woman, and it’s only fitting that she plays this culinary fiend because she makes a meal out of the role. She’s wickedly funny in a way that’s charming yet distressing, and her true motives remain hard to discern throughout. The three main characters play off each other incredibly well, and you’re never quite sure who is falling under who’s spell as the film moves along.

January has a bit of a reputation as a dumping ground for films, especially horror, but “Gretel & Hansel” isn’t some tossed-aside reject — quite the opposite, in fact. Armed with impressive performances, a thoroughly engaging script, truly magnificent visuals and a foreboding soundscape (with a great score by Rob Coudert), “Gretel & Hansel” is a hypnotic journey into the shadows of our collective unconscious and a return to the unsettling days of our youth when the world loomed far too large and mysterious for us to ever hope to navigate it. It’s an exquisite movie that manages to accomplish so much with very little, and though it may not be scary to some, that’s not really the point.