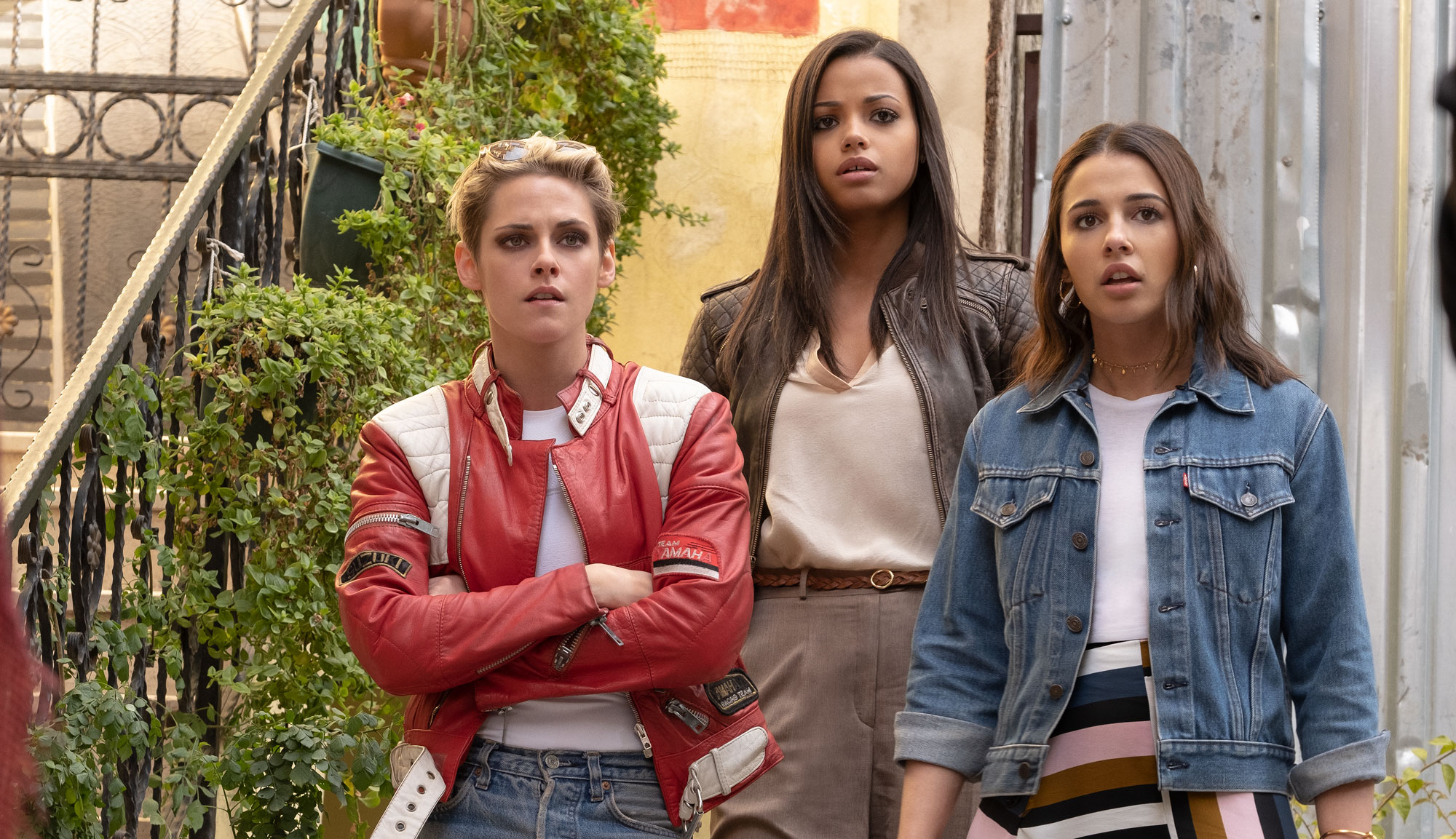 There are few things as aggravating to witness as squandered potential, and that’s “Charlie’s Angels” in a nutshell – a film that constantly cracks open the door on exciting possibilities only to reveal that it’s barely even acceptable storytelling. Writer/director Elizabeth Banks finds every possibility to snatch defeat from the jaws of victory with a lifeless script, diluted performances and inept action, all captured with bafflingly poor cinematography and editing. Every so often, the film gives the impression that it’s about to take a turn for the better only for another deflated scene to arrive and reconfirm its brazen less-than-mediocrity.

Sabina (Kristen Stewart) and Jane (Ella Balinska) work for the Townsend Agency as “Angels,” private investigators/ spies who travel the globe righting wrongs. After the retirement of their beloved handler Bosley (Patrick Stewart), the duo is tasked with aiding a whistleblower named Elena (Naomi Scott) who’s seeking to reveal the truth behind her company’s latest energy innovation. Following an attack on her life, Elena joins forces with Sabina and Jane, as well as Elizabeth Banks’ Bosley and Djimon Honsou’s Bosley (in this world, “Bosley” is a rank, not an actual name), to track down the person who ordered the hit and retrieve the potentially lethal device.

Stewart, Balinska and Scott are exceptionally charming actors who try to breathe some personality and life into their characters, but they are completely undone by a script that only provides groanworthy quips, messy attempts at depth and no real sense of earned chemistry between the three women. Banks is pretty solid as Bosley, and Patrick Stewart gets some legitimately funny moments, but there are a lot of talented performers here – including Jonathan Tucker as a hitman and Nat Faxon as a bumbling middle management type – who aren’t really given much to do. The comedy is so boring, easy and desperate that it becomes a joyless death march to the end credits.

“Charlie’s Angels” is full of blown calls left and right that extend beyond the unfortunate script. There are multiple great setups for fight sequences that employ the worst camera angles to capture the action, not to mention needless cuts that drain any momentum. The only consistency with the fighting is the inconsistent manner by which the Angels decide to kill their opponents or not. Either approach is fine, but it makes the non-lethal methods seem illogical and the fatal outcomes not as impactful as they should be.

This reviewer is most likely not the target audience of this film, and that’s perfectly fine, but I was a fan of the 2000 movie starring Cameron Diaz, Drew Barrymore and Lucy Liu, which is the mold from which Banks obviously based her version with its mix of pop music, fashion, action, comedy and celebration of sisterhood. The cast of this new reboot are all clearly game, but the fumbled script, poor cinematography and lack of character development prevent it from being the fun, globetrotting spy adventure that audiences are expecting. “Charlie’s Angels” has so much going for it, but unfortunately, the end result is just an incredibly frustrating two hours in the theater.