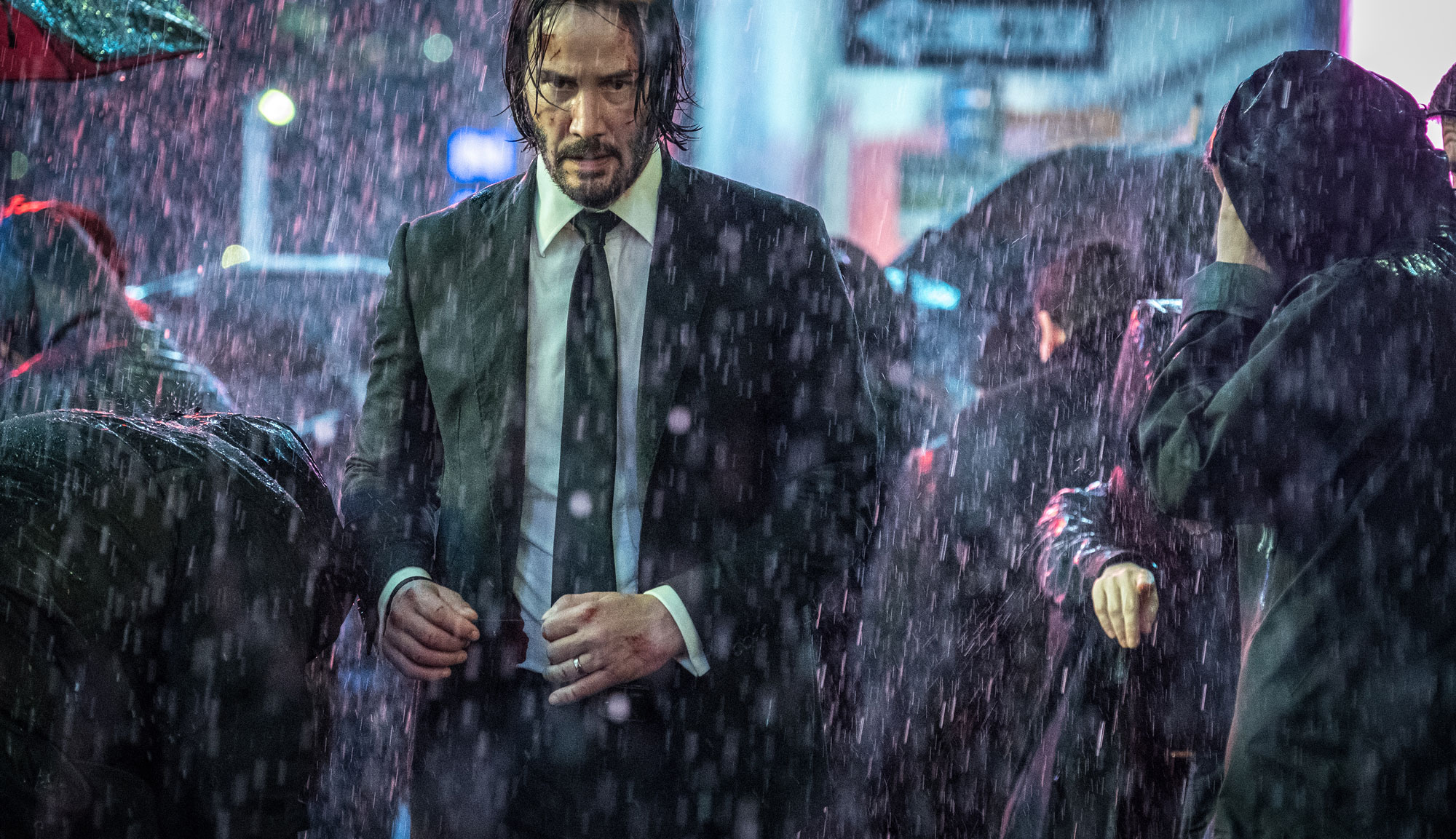 2014’s “John Wick” has arguably the most straightforward plot in decades. It’s a preposterously simple premise that could easily be forgotten amid tired action sequences and attempts at feigning depth through overtures of redemption. What made “John Wick” work so well isn’t just its easy-to-follow plot but a marriage of flawless execution and subtle profundity at the edges of the film. In the hands of writer Derek Kolstad, directors Chad Stahelski and David Leitch, and star Keanu Reeves, the movie is greatly elevated from a joke pitch about an unstoppable killing machine seeking revenge for his dog.

The former stuntmen turned filmmakers worked with their very game star to come up with clear, engaging and visually dynamic ways to lay out the bloodshed while also creating a strange little mythology for John’s world that peaked out at the corners. This allowed for further exploration of that world in “John Wick: Chapter 2,” which also sought to uncover how much can be truly taken from a person as well as the price of trying to dictate the rules of the world around you. The latest installment, “John Wick: Chapter 3 – Parabellum,” continues a similar trajectory while delivering some of the greatest action sequences you’ll likely see this year.

The movie picks up immediately where “Chapter 2” left off with John (Reeves) being excommunicated by the High Table, the shadowy organization that oversees assassins and all manner of other illicit services. His friend Winston (Ian McShane), the owner of the assassin safe haven, The Continental, has given John a one-hour head start before every assassin in the world begins hunting him down. As John dodges countless attempts on his life, he must cash in favors from past acquaintances (including Halle Berry’s Sofia and Anjelica Huston’s The Director) in order to find a way back into the fold, provided that’s what he even wants. Meanwhile, back in New York, an Adjudicator (Asia Kate Dillon) has arrived on behalf of the High Table looking to reprimand Winston and the Bowery King (Laurence Fishburne) for their part in assisting John in his previous revenge plot.

Some people were turned off by the increased attention to the sprawling mythos in “Chapter 2,” and those people will hate “Chapter 3” even more. There’s a ton of mythology complete with intricate rules and power dynamics that’s introduced in this installment, and it continues to broaden the scope of the world beyond just one man’s attempt at justice. However, director Chad Stahelski (along with writers Derek Kolstad, Shay Hatten, Chris Collins and Marc Abrams) manages to never let it feel like an exposition dump. In fact, some things are hinted at just enough to make the implications understood, while other facets of the universe are stated blatantly but never in a manner that feels laborious. The straightforward premise from the first movie has been replaced with throne-room politics and arcane rules, and while it will annoy some viewers who preferred the all killer, no filler aspect of the original, that movie was always about more than it let on.

It also helps tremendously that the action remains incredible. Switching up environments, weapons, fighting styles and more creates a ballet-like palette of violence that is beautifully choreographed and flawlessly executed. Reeves remains a formidable physical presence when engaged in combat, and he’s matched by Berry’s own ferocity along with Mark Dacascos and excellent uses of Yayan Ruhian (Mad Dog from “The Raid“) and Cecep Arif Rahman (“The Raid 2“), who are easily some of the most dynamic fighters on film in recent years.

“John Wick: Chapter 3” is probably the lesser of the three installments (and there is a high probability for more stories given the ending), but that doesn’t make it bad. It simply lacks the rawness of the first film and the intrigue of the second movie’s expanded mythology. “Chapter 3” ends up becoming a real synthesis of its two predecessors – a straightforward story set amidst a sprawling universe – that contains some truly amazing sequences that are funny, full of adrenaline and incredibly inventive. It would have been nice if there was a greater sense of resolution with certain aspects, but as it stands, it’s still a thrilling and clever film that seems bound only by the imagination of its filmmakers and the amount of punishment Reeves is able to handle.