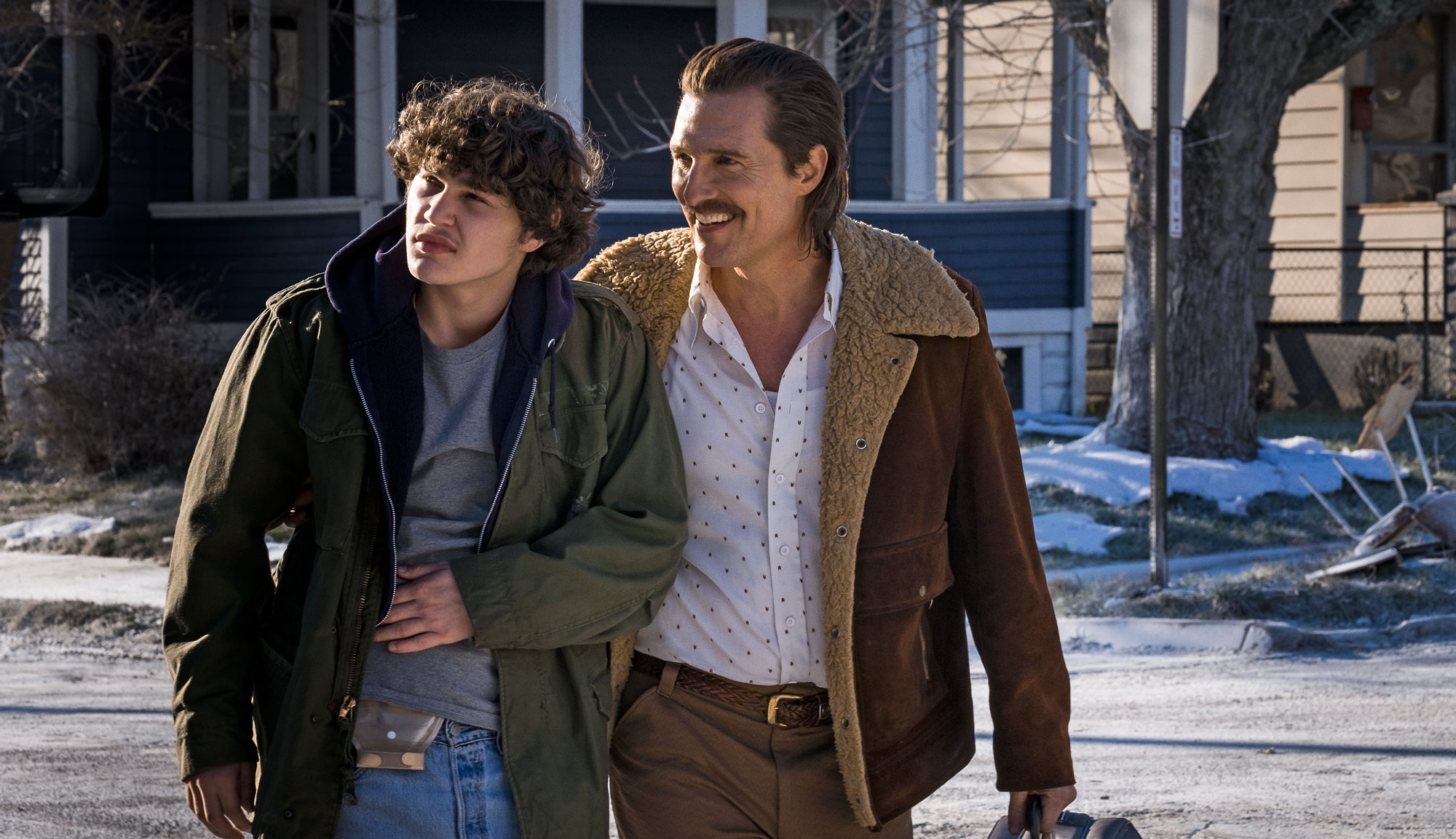 In recent history, the first major salvo of awards season tends to happen in early October. That’s when you see movies like “The Social Network,” “Gravity,” “The Martian” and “12 Years a Slave” hit theaters, heralding a three-month mad dash toward the end of the year. But in this age of movies, the traditional calendar doesn’t mean what it used to. When you have huge blockbusters like “Black Panther” debuting in February, the classical understanding of when certain types of movies are released seems to matter less from season to season. Take “White Boy Rick” for example. The new film from director Yann Demange seems to have all the bona fides for an Oscar push. It’s a true-story biopic about Richard Wershe Jr., a man who became an FBI informant at the age of 14. It’s a period piece, set in the mid-1980s. It has big names in the cast like Matthew McConaughey, Jennifer Jason Leigh and Bruce Dern. And the trailer indicates an “American Hustle” meets “The Wolf of Wall Street” sort of swagger.

Demange may not be a known name in Hollywood, but his last feature (2014’s “‘71”) was a hidden gem from that year – a taut and effective wartime thriller about a young British soldier trapped behind enemy lines in Belfast at the height of British/Irish conflict in the area. The stories of “‘71” and “White Boy Rick” seem like they couldn’t be further from each other on the surface, but there’s more that unites them than one might initially think. “‘71” was drenched in paranoia, founded on a situation where it was impossible to figure out who could be trusted and who was buddying up just for an opportunity to turn the tables at the first sign of vulnerability. That sure sounds like the sort of experience a 14-year-old, drug-dealing FBI informant might have to endure.

The film opens on a gun show in 1984, where Rick Wershe (McConaughey) and his son (Richie Merritt) shake down a dealer trying to pass off knockoff AK-47s as the general article. It’s clear from the jump that Rick Jr. takes after his father; he’s a fast talker with no fear and the confidence to make that a dangerous combination. Selling those AKs gets him mixed up with some local drug dealers, led by Johnny (Jonathan Majors), only to be simultaneously recruited by two FBI agents (Leigh and Rory Cochrane), who push him further into Detroit’s criminal underworld. Soon enough, he’s been drawn in too deep, and when the feds get their man and leave Rick in the wind, he has nowhere else to go but right back into the belly of the beast.

It’s the kind of story that makes you surprised it took this long to become a film. There’s plenty of drama to be found and social commentary abounds, whether it’s aimed at the slow decay of Michigan’s urban landscape or the predatory nature of the police and the FBI. Rick’s family is a thorny mess, with a father who won’t allow drugs to come near his house despite gleefully selling firearms to the dealers that perpetuates the cycle. It’s all compelling stuff on paper, but somewhere along the line, it clearly got lost in translation. The script, from Andy Weiss and Logan and Noah Miller, is dead on arrival – a lifeless hodgepodge of rote clichés and overwrought drama. It’s illustrative that “White Boy Rick” feels as long as it does despite coming in at a tidy (for a biopic, at least) 110 minutes. Rick lived quite a life in the years between becoming an undercover informant and finding himself in jail, and the film wants to make sure you know it with exhausting detail. By the time the turn comes and “White Boy Rick” wants to make some grand proclamations about what the system did to this teenager, Demange has lost his audience.

To be fair, the cast is roundly game to do what they can. Merritt impresses for a first-ever performance, though at times his character feels a bit one-dimensional, which can hurt when he has to do some emotional heavy lifting. Still, it’s impossible to deny his presence, especially considering he’s working alongside the likes of McConaughey and Leigh. They both do good work; McConaughey has the flashier role, but Leigh is especially impressive as she toes the line between claiming the moral high ground and exploiting a child. The rest of the cast is perfectly acceptable, if not particularly memorable. No one really transcends the material either. It’s all in service of a film that doesn’t seem to deserve it.

“White Boy Rick” doesn’t have any of the immediacy or kinetic energy that made “‘71” such an engrossing feature. Demange tries to inject something into the proceedings, probing scenes with a handheld camera that darts through tiny gaps in the tight-knit circles where illicit dealings are discussed, but it’s nothing we haven’t seen before. “White Boy Rick” is two parts “The Wire” mixed with one part “Goodfellas” and a dash of the father/son elements from “There Will Be Blood” to try and spice up the mix. Unfortunately, the ratios are all wrong, resulting in a dish that may sound enticing but tastes bland and uninspired.