Trending
You are at:Home»Entertainment»Movies»Movie Review: “Ant-Man and the Wasp” 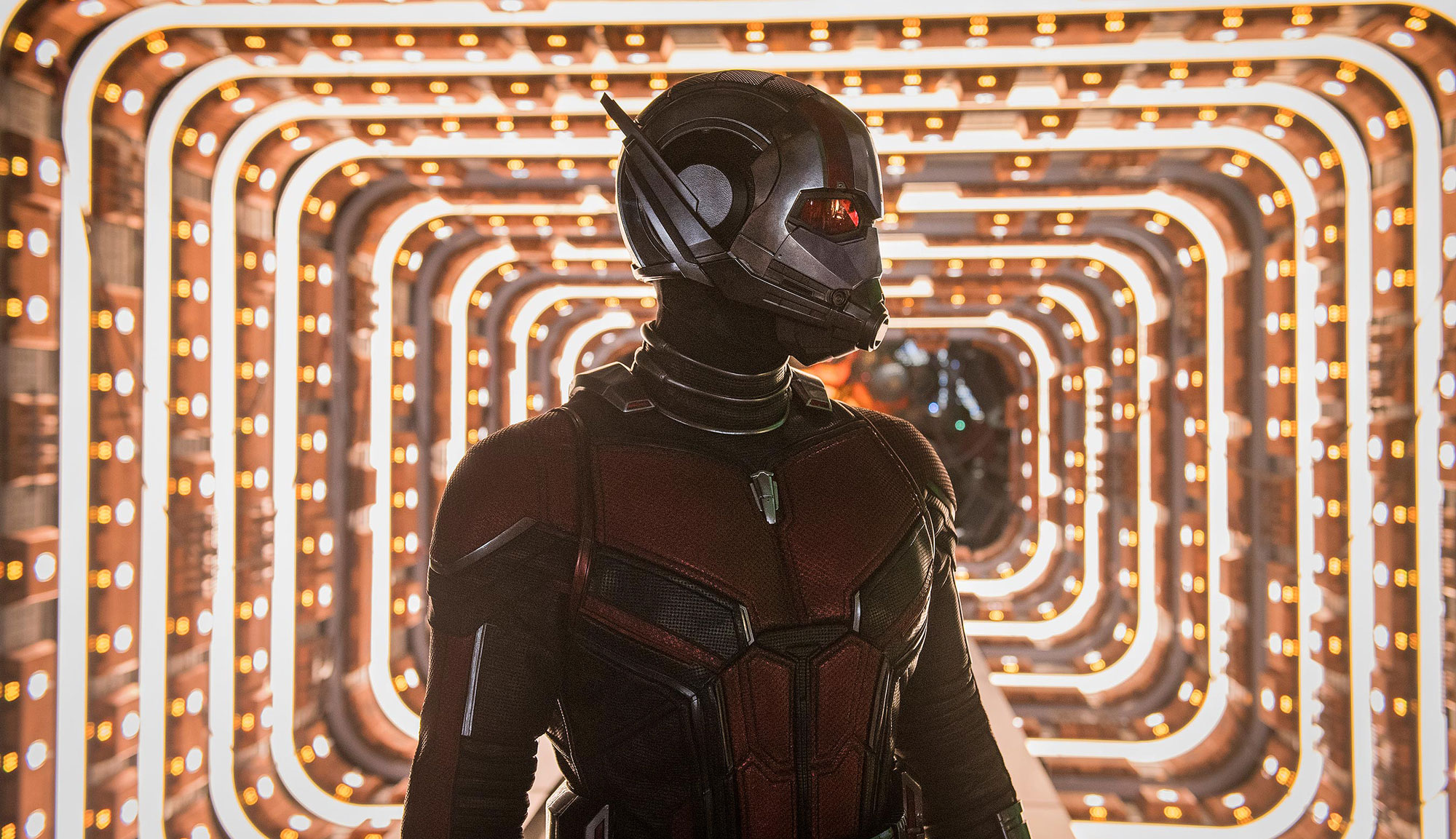 While “Ant-Man” succeeded as a very charming, superhero-sized heist movie, “Ant-Man and the Wasp” works its magic more as a buddy comedy. The scope is a bit bigger this time around as well, but it’s the heroes, villains and laughs that have grown the most in the sequel to the 2015 film. Director/co-writer Peyton Reed has basically made a large-scale summer comedy that just so happens to star superheroes, and once again, they bring some normalcy, grounding and plenty more humor to the Marvel Cinematic Universe.

Scott Lang (Paul Rudd) isn’t out saving the day at the start of his new adventure, because he’s under house arrest due to his involvement in the airport brawl in “Captain America: Civil War.” He’s lost touch with Dr. Hank Pym (Michael Douglas) and Hope van Dyne (Evangeline Lilly), who disapproved of Scott joining forces with Captain America and ditching his low profile. The former thief and Baskin-Robbins employee spends his days with his daughter Cassie (Abby Ryder Forston) and itching to work on his new business venture, a security company called Ex-Con run by his friends Luis (Michael Peña), Dave (Tip ‘T.I.’ Harris) and Kurt (David Dastmalchian).

Because Scott is housebound, Hank and his daughter continue to seek new ways to find the original Wasp, Janet van Dyne (Michelle Pfeiffer), in the trippy Quantum Realm, where she lost herself over 20 years ago. After Scott’s successful return from the Quantum Realm in the previous movie, Hank has become convinced that Janet is still alive in there and needs Scott’s help to find her. Along the way, they must outrun a mysterious antagonist named Ghost (Hannah John-Kamen), a slick black-market dealer (Walton Goggins) and a very likable FBI agent (Randall Park).

While the first “Ant-Man” was a more straightforward heist movie, the plot of “Ant-Man and the Wasp” is slightly busier and more exposition-heavy, although no less breezy and fun. Even scenes packed with information have an equal amount of laughs from Rudd, Lilly and Douglas, the latter of whom has a more comical and light-hearted presence in the sequel. Because it’s an ensemble comedy, even the smallest of roles get huge laughs, and between the charismatic cast, their screwball-like camaraderie and the film’s well-timed running gags, jokes rarely fall flat.

Along with the comedy, the action also gets an upgrade with a variety of set pieces often set during the daytime. There’s always a clear sense of geography, which is most impressive and exciting when Reed cuts back and forth between a very unique car chase and a character exploring the imaginative and beautifully realized Quantum Realm. The aesthetic this time is brighter and has more pop, and it’s always visually pleasing. The eye candy on display carries a little more weight than most summer blockbusters as well, because the frame is usually occupied by characters who are easy to invest in. While Reed maintains a playful tone, that doesn’t mean there’s no drama or stakes. The stakes may be more personal, and the world isn’t in jeopardy, but because these characters are so charming and likable, the stakes feel as crucial here as they do in an Avengers movie.

“Ant-Man and the Wasp” is also a breath of fresh air in the sense that it has villains that care about one another as much as the heroes do. John-Kamen’s antagonist has a very compelling motivation that she sells with both a feeling of vulnerability and desperation. Ghost is one of the MCU’s more humanized villains, while Goggins’ Sonny Burch is one of its most comically eloquent. Goggins makes dialogue sing without singing at all because he brings such a musical quality to his deliveries. The actor scores many laughs alongside Michael Pena, whose presence is an infectious joy.

Oddly enough, the only time “Ant-Man and the Wasp” seriously misses a step is in the end credits, where a tag seemingly undermines the story, takes a bit of fun out of the experience and doesn’t quite gel with the tone of the movie. It’s beneficial for the overall MCU but not so much for the story at hand. Nonetheless, it doesn’t detract too much from the experience. In a time when good summer comedies are becoming more scarce, “Ant Man and the Wasp” brings some much-needed laughter and Antonio Banderas jokes to the theater.