Trending
You are at:Home»Entertainment»Movies»Movie Review: “Gringo” 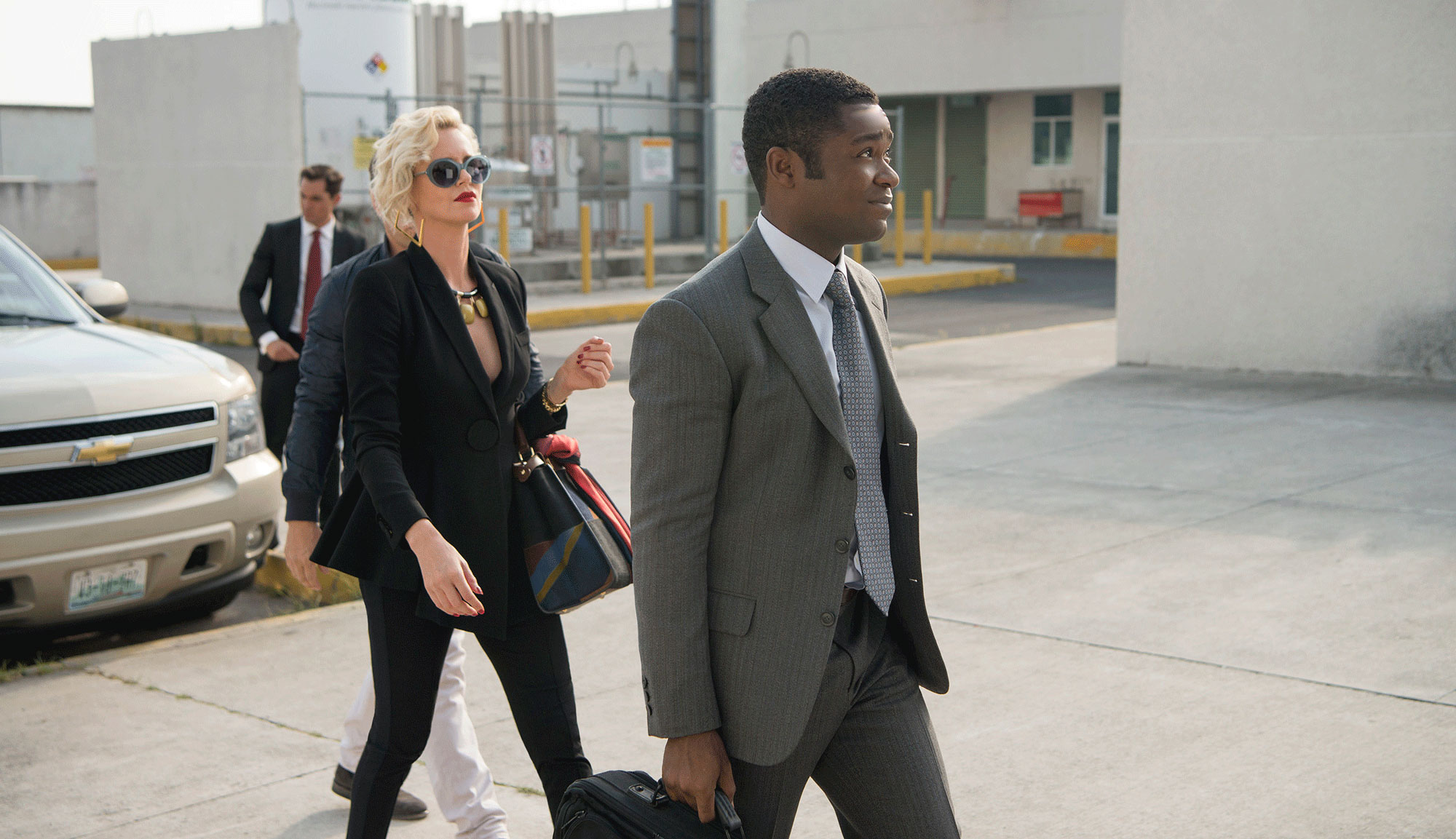 The dark comedy film is a hard needle to thread. While it comes in different varieties – whether it’s the anti-comedy of “The Greasy Strangler” and “Entertainment,” or the thriller plus comedic elements of “The Ice Harvest” and “Very Bad Things” – it’s a tonal minefield that requires a delicate hand to balance out the funny moments with those bleaker elements. Veer too much into comedy and it just becomes a screwball farce that doesn’t properly handle the serious bits. Steer too far into darker territory, however, and it becomes a joyless attempt at entertainment that thinks it’s clever but is really just cruel and unfortunate. “Gringo” successfully navigates between the two, erring more on the comic side of things, essentially creating a fun crowd-pleaser with a body count. There are some flaws in the script and direction, but it’s a very entertaining ride that is buoyed by strong performances and an infectious sense of fun.

Harold Soyinka (David Oyelowo) is just trying to do the best he can as an employee, a husband and a person. An immigrant from Nigeria, Harold now works at Promethean Pharmaceuticals for Richard (Joel Edgerton) and Elaine (Charlize Theron), mainly in charge of overseeing the Mexican plant that manufactures their new cannabis pill. On a trip down to the plant with his bosses, Harold’s life quickly falls apart piece by piece as what he considered right and true is revealed to be a fragile facade. After the bosses anger the local cartel, Harold finds himself in the thick of multiple plots involving the corporation, the Mexican drug gangs and an ex-mercenary (Sharlto Copley) trying to track him down.

Director Nash Edgerton (“The Square”) and screenwriters Anthony Tambakis and Matthew Stone have delivered a winning movie with “Gringo.” It’s a great take on the classic Hitchcock plot of the “wrong man” suddenly caught up in a web of deceit and violence to which he was previously unaccustomed. Watching Harold swerve between one faction and another, all while formulating plans and realizing his life was predicated on lies, is a fun romp that is greatly enlivened by the performances. Oyelowo is close to perfect as Harold, portraying an earnest man that can appear naive one moment and then brilliantly calculating the next without it seeming like a stretch. The actor is mostly known for his dramatic turns in films like “Selma” and “Rise of the Planet of the Apes,” and that works to his advantage here, as it completely grounds the character no matter how absurd the events become around him. He is relatable, honest and incredibly hilarious while revealing layers of great comedy in his speech, mannerisms and physicality.

The supporting cast is also incredibly strong. Joel Edgerton is pitch-perfect as the corporate alpha-dog prick who speaks in successories and jock euphemisms and only looks out for himself; Theron is chilling but enthralling as a brassy woman that uses sex appeal and frankness to hide her deep insecurities and near-manic psychosis as she pursues her own goals; and Copley’s Mitch seems transplanted from a Martin McDonagh film as a former mercenary trying to do right by the world. The rest of the characters are also entertaining, including a Beatlemaniac cartel boss, two screw-up brothers that run a hotel and Alan Ruck as a would-be corporate suitor for the pharmaceutical company. The energy and performances are universally strong and really make “Gringo” an engaging and winning film.

There are issues with the movie, though, as it opens with the incredibly clichéd midway teaser before flashing back to Two Days Earlier. The reason for putting the scene up front makes sense – it sets the tone for the film by having violent crime clash against corporate culture, and it also sets up the reveal from another perspective when it happens again later in the film. But it’s a weak plot device that needs to be retired because, as Morty says in “Rick and Morty,” “We should start our stories where they begin, not where they get interesting.” There are also moments in the film where the humor and acting goes far too broad and big, and there’s an entire subplot that’s completely unnecessary save for one scene. With a runtime of 110 minutes, “Gringo” does feel a bit long and could use some trimming, and that story thread would have been a good place to start.

Despite those flaws and missteps, Edgerton has turned in an incredibly fun and infectious movie that people will definitely enjoy. It’s not perfect, but those problems are easy to overlook in favor of some very strong comedy, smart satire and a propulsive storyline that moves forward at a clip. “Gringo” is a showcase for the actors, particularly Oyelowo, and goes quite far to show off the talents of its cast while also serving as a good example of handling dark comedy with a deft hand.