Trending
You are at:Home»Entertainment»Movies»Movie Review: “The Foreigner” 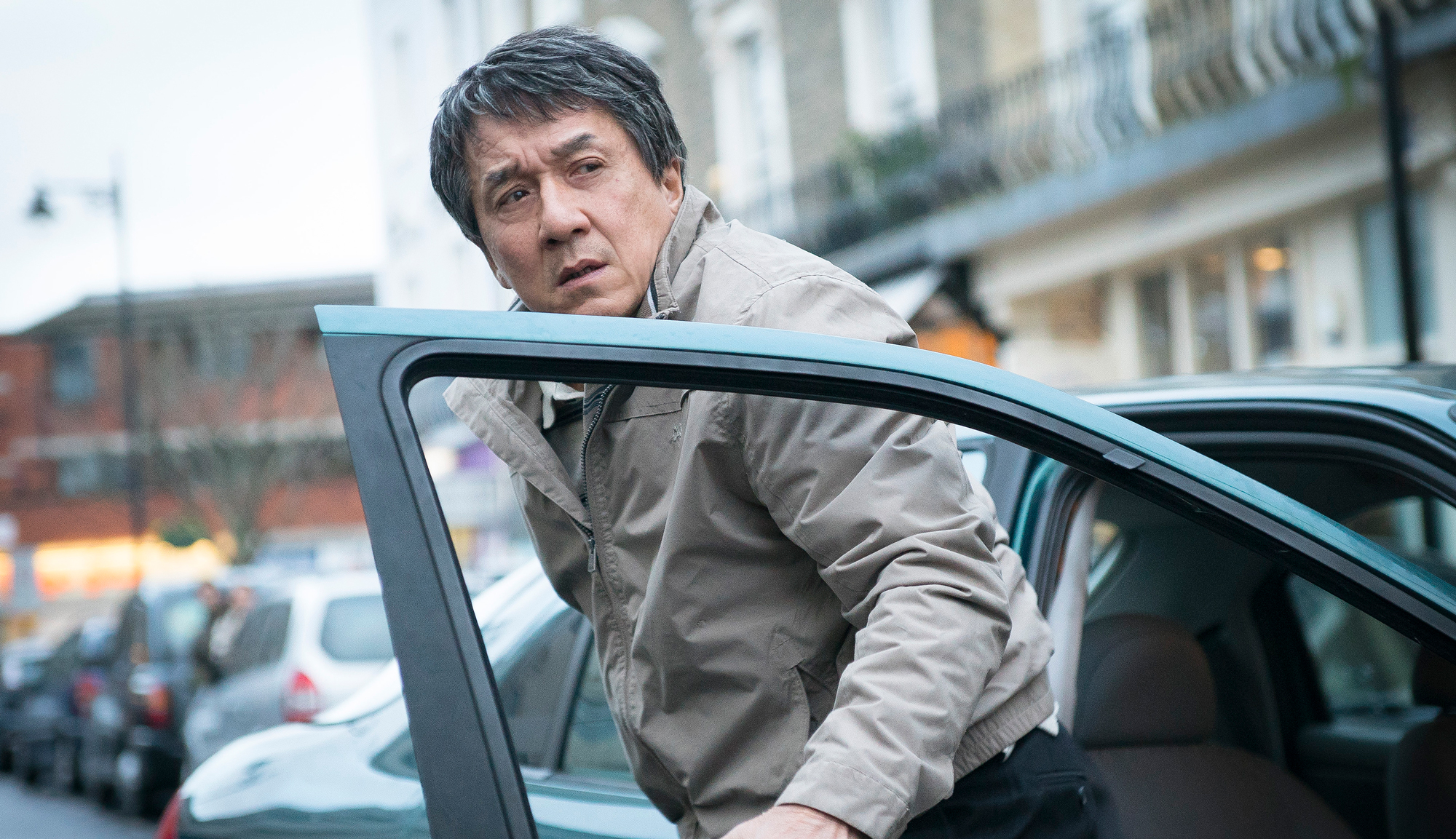 One word that has come to define Jackie Chan through his long, storied career is “authenticity.” Chan’s authentic nature extends beyond his famed choice of performing his own physically taxing stunts. It lies in the humanity he’s always shown in his movies, whether that means embracing comedy as a sort of clown prince of kung fu or simply willing to be a good-natured man quick to smile as other action stars prefer the glowering stoicism that became so popular in the ’80s and ’90s. So while it is definitely surprising to learn that he has taken on a more grim role in his new film, “The Foreigner,” what’s not surprising is how much emotional weight he brings to it, delivering a powerful performance. It’s unfortunate, then, that this excellent portrayal of grief and righteous fury too often takes a backseat to a muddled story of political intrigue and infighting. This results in an unbalanced cinematic experience where the best parts are spread too far apart in a film that feels overlong and overwrought.

Chan stars as Quan Ngoc Minh, a Chinese immigrant to the United Kingdom who is devastated when his young daughter is killed in a horrific act of terrorism. Quan seeks vengeance on the perpetrators of the violence, going to great lengths to uncover any information about who committed this heinous act. When he believes that Irish liaison to the British government, Liam Hennessy (Pierce Brosnan), a former IRA activist turned glad-handing politician, might have knowledge of the perpetrators, Quan doggedly pursues the man until he gets what he wants. Meanwhile, Hennessy is trying to skirt the line between his duties to the British government and his allegiances to his Irish roots, all while enjoying the comforts of a raised profile, higher income and other signs of affluence. But does Hennessy know more than he’s letting on?

Chan is hands down the best part of “The Foreigner,” ably portraying a sense of quiet grief and anger that is touching and all too human. He looks every bit his 63 years of age, which means that any time he suffers pain, it seems disarmingly believable and the audience winces along with him with every fall or landed punch. Chan’s ability to exude a sense of tired resignation before going into fighting mode sounds incongruous on paper, but it actually appears very real and believable in the film. He deftly pivots between the moments of mourning and the righteous wrath of Quan, following in the footsteps of other action movie elder statesmen like Lee Marvin, Charles Bronson and Liam Neeson. Every moment that Chan is on screen is compelling and interesting.

It’s too bad that director Martin Campbell continually sidelines the star in favor of the political back channels and squabbling of the British and Irish politicians. There are long stretches of time where Chan doesn’t even appear onscreen in favor of Brosnan and other actors yelling at each other about past troubles or working on dealings that have no emotional weight. It’s a bold step to try to meld a political procedural with a revenge action-thriller, and with better handling, it could bear more appealing fruit. But in this case, it results in an uneven movie that feels like a wasted opportunity for more of Chan’s somber protagonist.

The film is shot fairly well, with a very matter-of-fact approach that marries nicely with Chan’s fighting prowess and the various action beats. This means that each act of violence actually carries weight and has impact, and Campbell does a good job of making the small amount of carnage count. The electro-synth score by Cliff Martinez is also great, lending the film a pulse and upping the intensity without ever becoming overbearing. But all of these positives are muted when it comes to the endless discussions among Brosnan and his former IRA compatriots or the mustache-twirling performance of his wannbe Lady Macbeth wife (Orla Brady). Brosnan alternates between delivering a strong role as Hennessy, the compromised politician, and overacting as a nefarious man who is increasingly cornered by the poor choices he has made. And since the movie hinges more on his portrayal than on Chan’s performance, the plot becomes convoluted very quickly and lacks the concise power of Quan’s simpler and much more effective story.

There are multiple seeds of good narratives held within “The Foreigner.” The idea of two former soldiers, both radicalized in their youths and trying to put the past behind them in different ways, clashing in their advancing years; the suffering outsider who goes on a warpath to find simple answers in a world that’s no longer as straightforward as it once was; or even the politician torn between two worlds and two identities, trying desperately to play both sides but realizing that he’s far out of his depth. Unfortunately, by trying to touch on all these ideas in one film, they become muted and their impact is lessened. It’s worth seeing the film to watch Chan deliver a powerful and unique performance, truly doing an excellent job channeling that darkness he has so often eschewed in other movies, but “The Foreigner” never realizes that this role is its greatest strength and emotional core, and in doing so, ends up becoming a muddled affair that isn’t as engaging as it should be.