Trending
You are at:Home»Vices»Drink of the Week: The Orange Bloom Cocktail 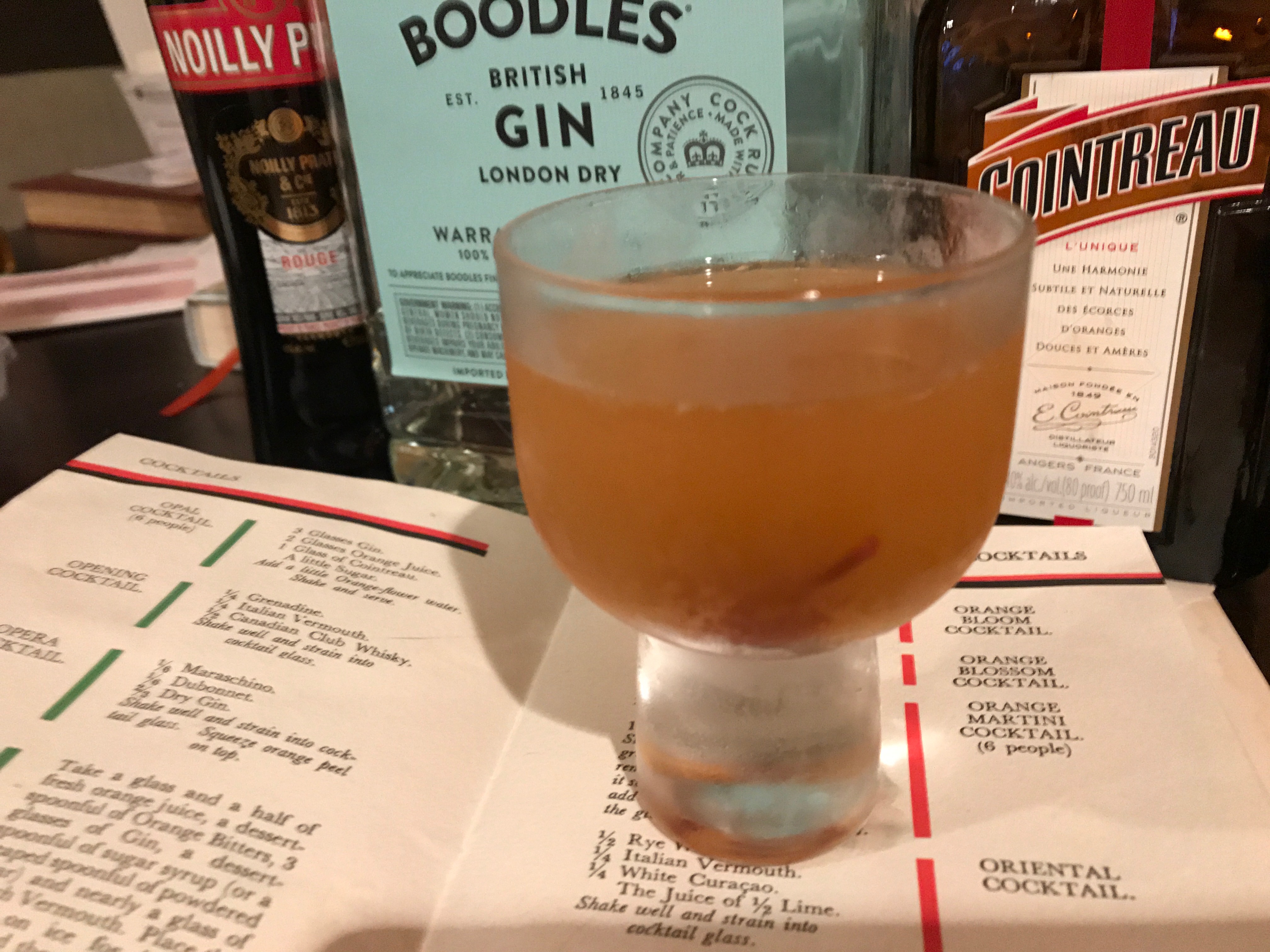 Google “orange bloom cocktail” and the search engine will insist that what you’re really looking for is recipes for the Orange Blossom cocktail, which is probably a cousin to this drink and which I plan to get to next week. I think it’s fair to say this is a an especially obscure beverage, like many that can be found in Harry Craddock’s “The Savoy Cocktail Book.” Indeed, the only person online who seems to have written about the Orange Bloo is San Francisco bartender Erik Ellestad, who took on the task of making every drink in Craddock’s 1930 tome some years back.

A probable descendant of the sweet martini family of drinks like the Martinez and the Gin and It, I think the Orange Blossom might be even better than many of those. It’s sweetness is counterbalanced by gentle bitter flavors in a way that me and my in-house guinea pig enjoyed, At its best, this drink is not entirely unlike a high quality boozy orange candy. Indeed, it’s given me new respect for Cointreau, a liqueur used as an go-to alternative/upgrade to triple  sec by most coctialians and widely considered an essential, but not always by me. Anyhow, try this one and see what you think. If you have a well stocked liquor cabinet, you likely have everything you need for it right now.

I so liked the way Cointreau worked in this drink I didn’t dare try substituting another orange liqueur, though you are certainly welcome to. I did try it with both Carpano Antica and Noilly Pratt vermouth. Interestingly, this time I have to give the edge to the less expensive NP, which I often prefer over it’s very decent rival, Martini. It just played better with the overall sweetness of the drink than the fancier Carpano.  As for the gin, ultra-traditional Boodles resulted in the most mellow and pleasing flavor. Gordon’s was just okay and Hendrick’s was kind of interesting but, really, maybe a little too busy.

Still, by far the most important thing with this drink is, in my opinion, to do as Harry Craddock suggested and shake the thing. Erik Ellestad, being a died-in-the-wool 21st century cocktailian, choose to stir the drink and complained about it being a bit overly “hot” in terms of alcohol. It turns out, there’s no better way to cool this drink down than by shaking the thing vigorously. The cocktailian dogma that drinks without juice should always be stirred is, like nearly all dogmas, something I seriously question. Every mixed drink is its own thing.