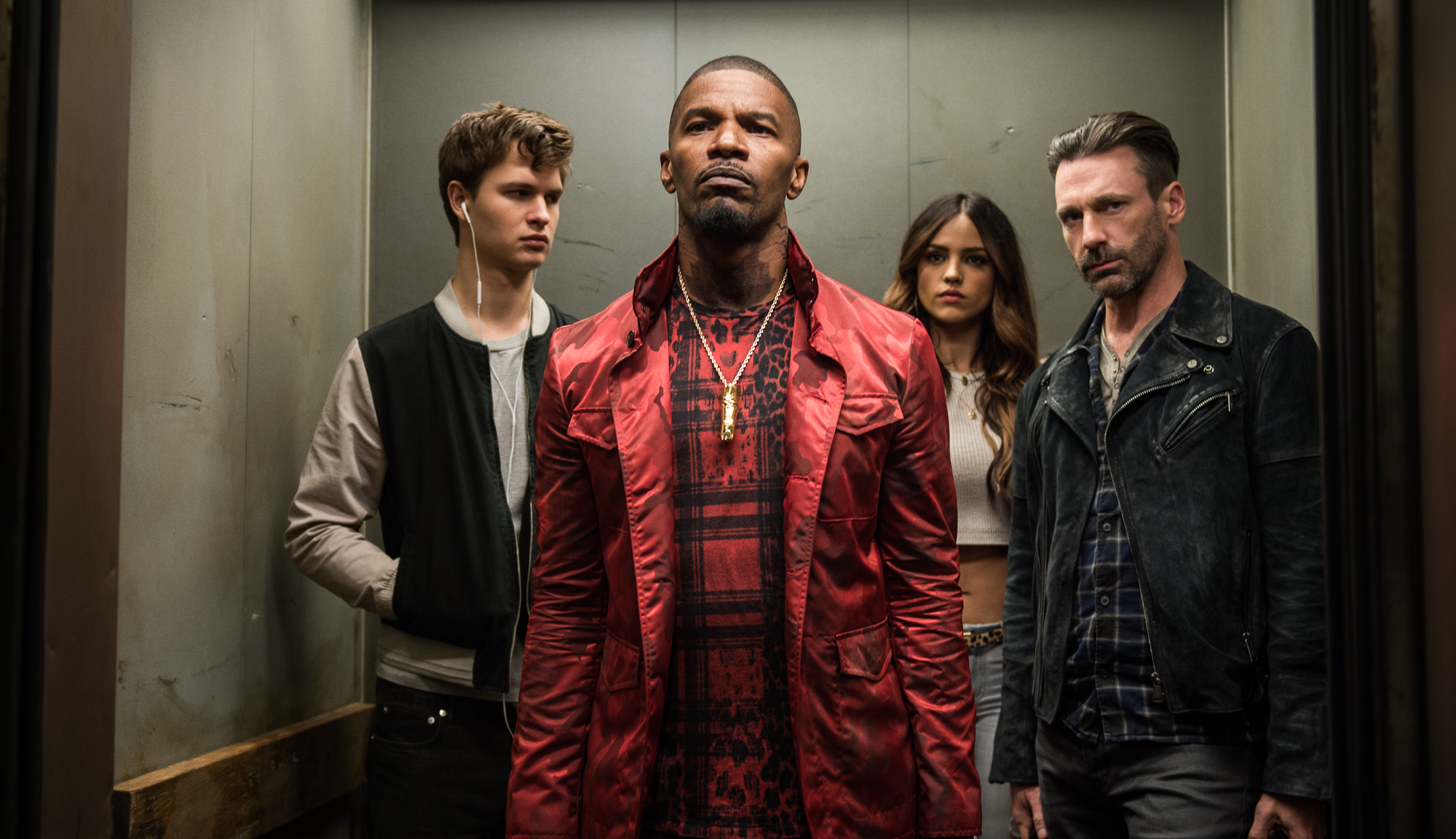 It’s been four years since Edgar Wright’s last movie, the sci-fi comedy “The World’s End,” and for any fan of cinema, that’s far too long. Though part of that delay came as a result of Wright’s last-minute departure from “Ant-Man,” the genre-bending director is finally back with perhaps his most ambitious film yet: the crime caper-cum-love story “Baby Driver.” Blending stylistic elements of “Heat,” “Drive” and “La La Land” (among others) into a delightful cinematic milkshake that goes down smooth, “Baby Driver” is a music-driven, adrenaline-pumping ballet of sight and sound that needs to be seen on the big screen to fully enjoy.

Ansel Elgort stars as Baby, a getaway driver for criminal mastermind Doc (Kevin Spacey) who suffers from tinnitus after being involved in a car crash that killed his parents as a kid. Ever since the accident, Baby listens to music as a way of drowning out the constant ringing in his ears, though it also serves as a personal soundtrack of sorts while he’s on the job. (He has different iPods and playlists for different moods). Baby isn’t the criminal type, but he owes money to Doc for a past transgression and has been slowly paying him back by driving around a revolving cast of bank robbers (including Jamie Foxx, Jon Hamm and Eiza González) from one heist to the next. When Baby finally pays off his debt and decides to go legit, Doc forces him back into the criminal life by threatening his loved ones. Though Baby feigns obedience as Doc prepares their next robbery, he secretly plots his getaway with cute diner waitress Debora (Lily James).

Elgort turns in a charming performance as the title character, and James brings life to an otherwise underwritten love interest, but the real stars are the criminals. Foxx is the clear standout as Bats, a borderline sociopath with a habit of being reckless; Hamm relishes the chance to play against type as the cool but deadly Buddy; and Spacey does what he does best: deliver great dialogue. It’s not surprising that these characters pop off the screen the way they do because the criminal component is by far the strongest part of the movie — certainly more so than the romance between Baby and Debora, which often grinds the story to a halt. The action is top-notch throughout, combining music and inventive choreography to create some of the most exhilarating car chases in recent memory. The opening sequence, in particular, is so good that it will have you grinning like a kid in a candy shop.

Music plays such a big part in “Baby Driver” that the eccentric soundtrack — which spans several decades and genres, from the Beach Boys to Queen to Young MC — is practically its lifeblood; every song you hear in the film is actually happening within the scene. Wright reportedly wrote the songs into the script so that he could time them to the movie during production, orchestrating the action onscreen to the music playing from Baby’s earbuds or car speakers, like in a warehouse shootout where the gunshots and gun cocks are perfectly synched to a remix of The Champs’ “Tequila.” If this film doesn’t get nominated for a Sound Mixing award at next year’s Oscars, then there’s something very wrong with the Academy’s voting body.

Wright’s movies have never been short on style, but unlike most directors, it’s usually there for a purpose, enriching each scene in some way. With that said, there’s definitely more style to “Baby Driver” than substance. None of the major players are fleshed out as well as they should be (Baby’s entire backstory could fit on a cocktail napkin), and certain character motivations in the final act don’t make a lot of sense, but the film powers through these flaws to deliver a truly unique moviegoing experience that proves yet again why Wright is one of the best filmmakers working today. Kevin Feige is probably kicking himself that Marvel ever let him go, but at least we got “Baby Driver” as a result because it’s exactly the shot in the arm that this summer movie season needed.