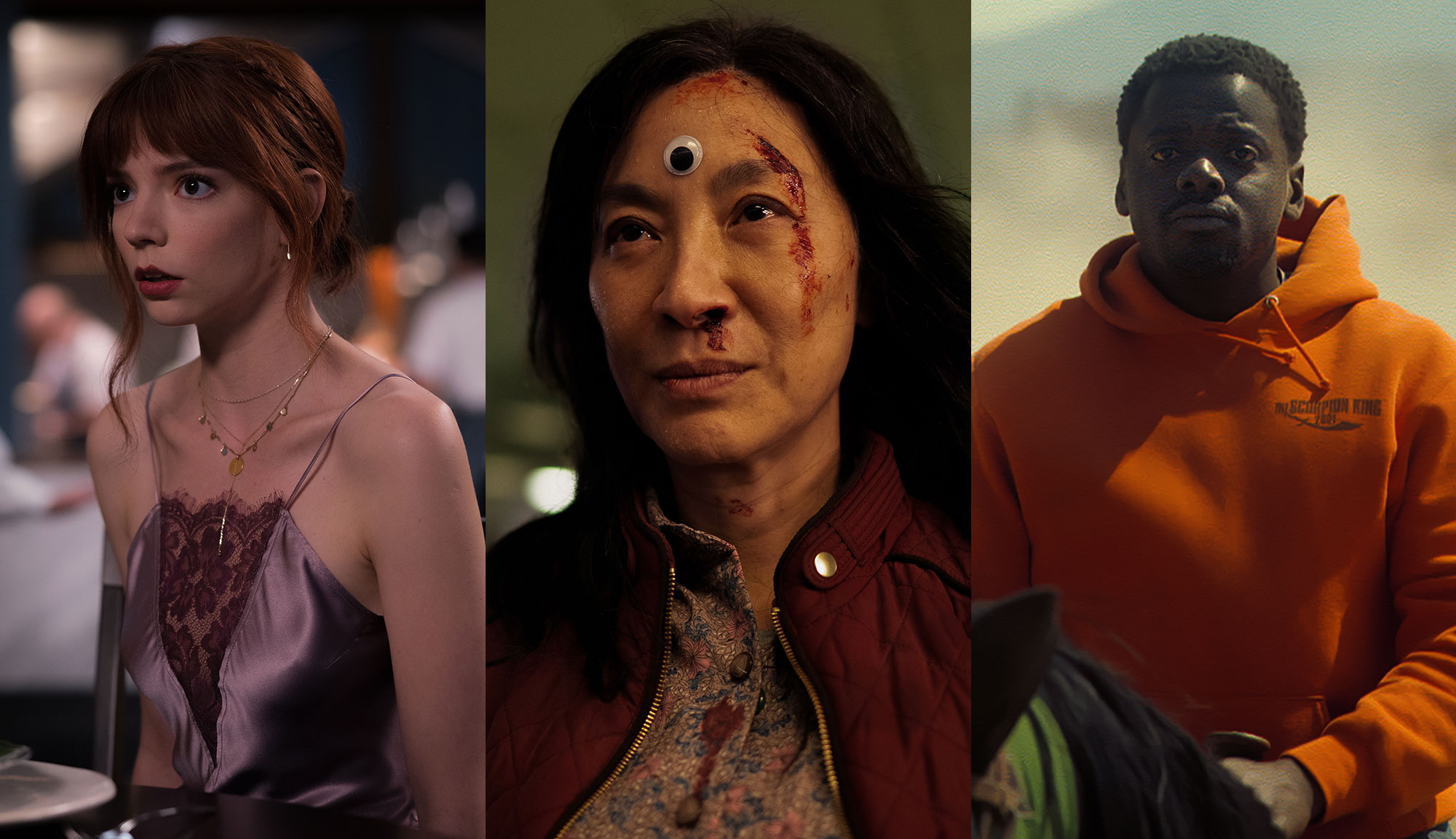 When a critic releases a list of their “top” films, it doesn’t necessarily mean “best” or even “favorite.” It’s that amorphous area that occupies all of these things generally but none of them specifically. Are there better technically crafted pictures than the ones below? Probably. Are there other titles that touched audiences but left me feeling cold? Definitely. Yet these are the films that I will think about the most moving forward and that manage to move me with their earnestness and craft. They are all audacious projects that tackle some big subjects and difficult situations and come out the other side conquering them to produce singular works that will stay with us for many years to come. Here are my top films of 2022.

Don’t worry — this is the only tie on the list. I ultimately couldn’t decide which one I liked more, and in doing so, found a lot of overlap between them. Both take place in very limited but “nice” spaces that belie something much darker going on, and both are driven by characterization. Yes, there are terrifying events in “Barbarian” and mob-land incidents in “The Outfit,” but those aren’t as engrossing as the people wading through them. “Barbarian” was a huge success and is a dynamic horror movie, while “The Outfit” seems like it slipped under most people’s radars, but both films present thrilling twists on otherwise well-worn story tropes to deliver unexpectedly exciting experiences. 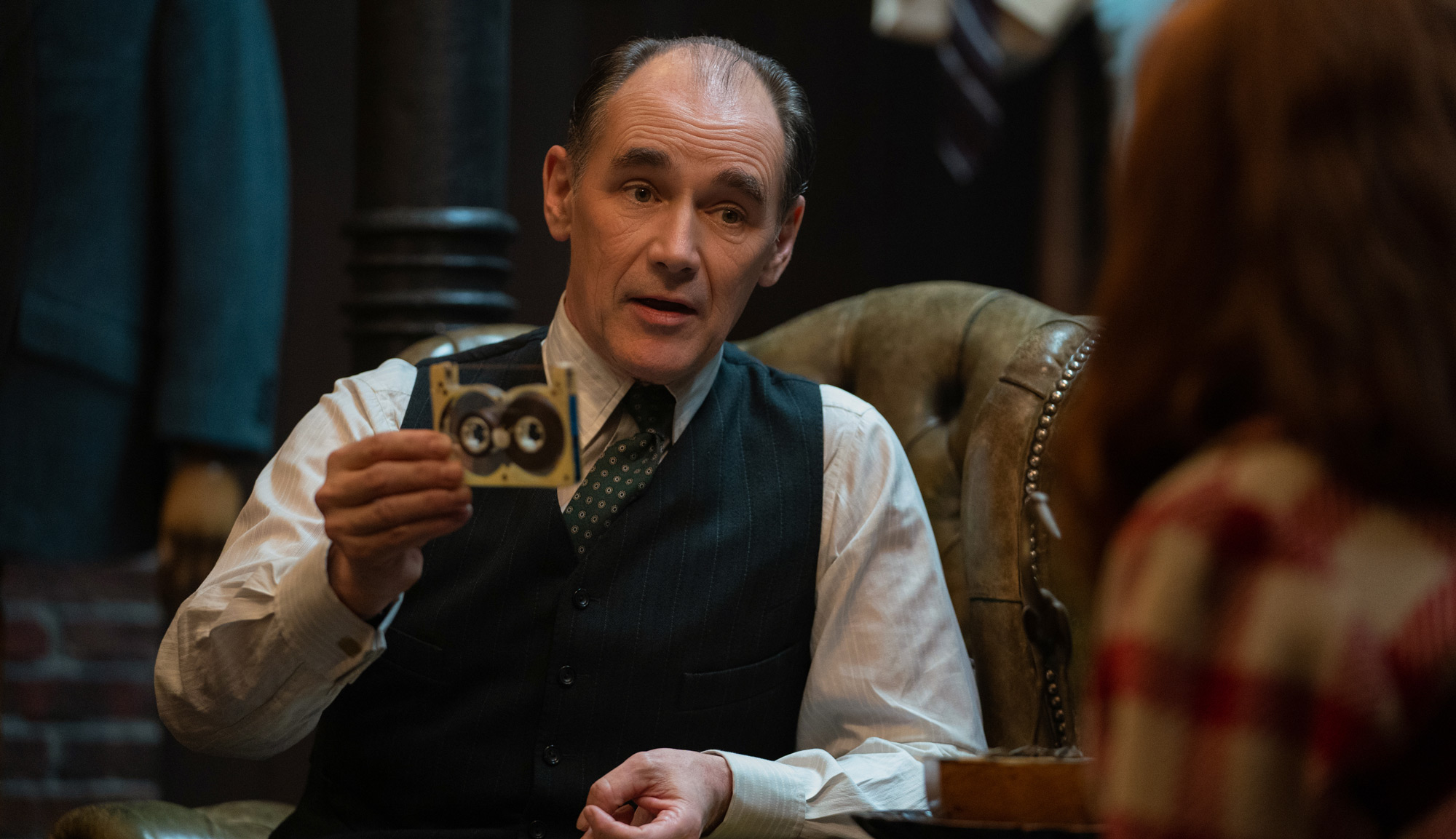 A sumptuous, sensuous mix of “The Lives of Others,” “Vertigo” and “In the Mood for Love,” Park Chan-wook’s latest is an incredibly engrossing tale of obsession and passion that is littered with his trademark twists and occasional bouts of comedy. Park explores such dark areas with a deft hand, casting a spell on an audience simply through the small act of two people having lunch or someone reading a diary aloud. Many films have been described as “haunting,” but the specter of “Decision to Leave” stays with audiences for a long time, with the brain revisiting scenes and moments that seem both incredibly relatable yet impossibly ethereal. 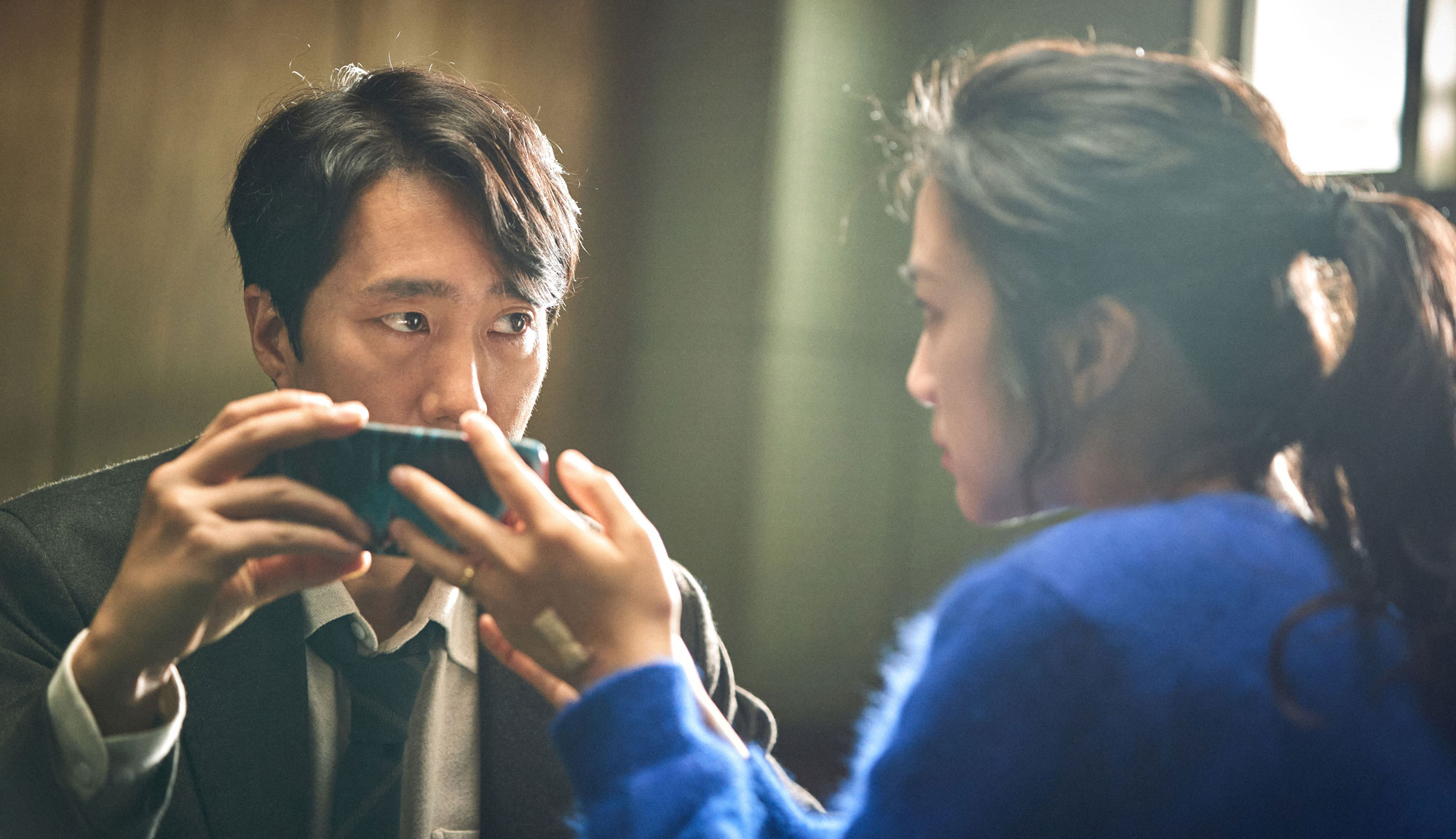 “Glass Onion” may not be as great as its predecessor “Knives Out,” but it manages to squeeze in a lot more prescience about narcissistic tech bros, hilarity and even more colorful characters to populate this fascinating world around Benoit Blanc. Daniel Craig is clearly having a good time in this raucous film of deduction and twists, but he is equally matched by all members of the cast, especially Janelle Monáe, who shines brightest in her confrontational role. Rian Johnson moves everything along at a brisk pace without ever feeling slight or too fluffy, while cinematographer Steve Yedlin delivers some gorgeous shots of beautiful people doing ugly things. 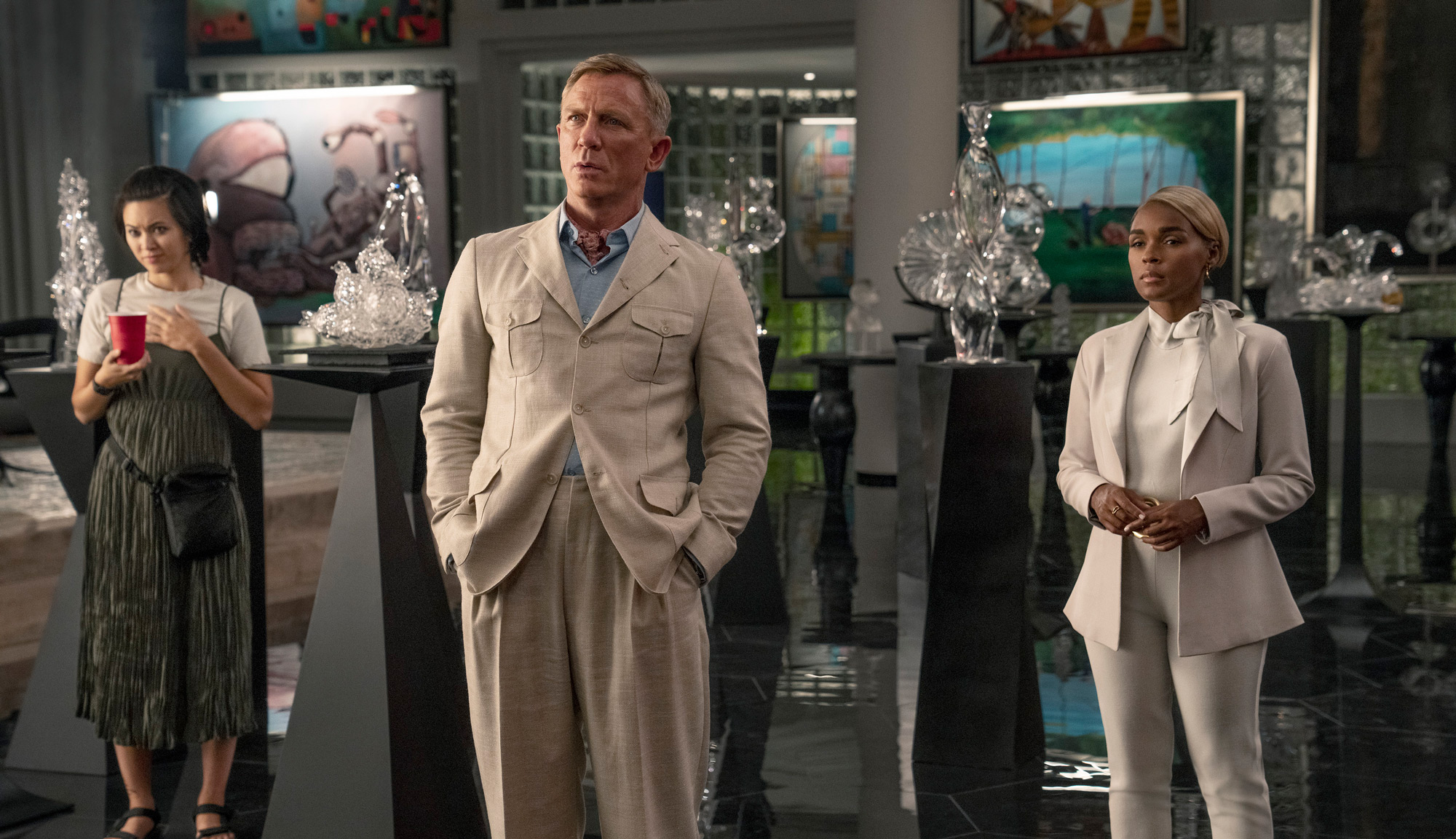 Director Luca Guadagnino turns in the most romantic film about cannibalism in the history of cinema. Fun fact: I had no idea what “Bones and All” was about before I watched it, so I was pretty shocked when the feasting began, which is a testament to what Guadagnino and company have crafted. The cannibalism isn’t incidental, but it serves the same role as any addiction or other destructive appetite, while the foreground is really about the relationships between all the characters and the passions (both positive and negative) that spur their actions. All of this is captured beautifully with golden-hour vistas and other gorgeous shots of the nation, making this a nice blend of “Badlands,” “Near Dark” and “Cannibal Holocaust.” 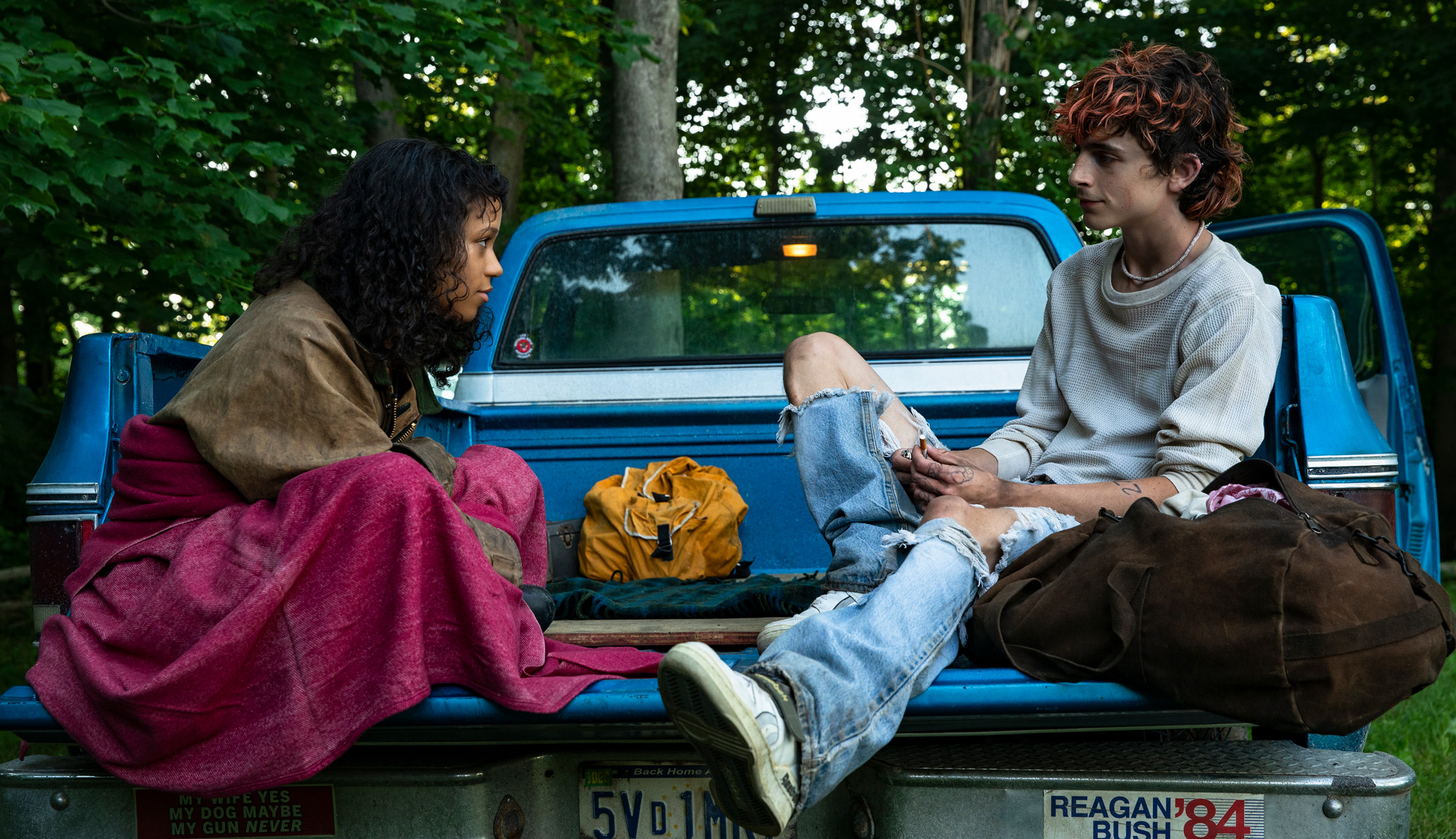 “Bombastic” is the word that comes to mind when discussing S.S. Rajamouli’s epic Bollywood tale of Indian revolution. From one man taking on a literal sea of an angry mob to an attack that includes launching tigers at colonists, “RRR” is not a subtle movie. And thank god for that. Essentially a Bollywood period-piece rendition of “Point Break,” complete with obvious male romance that is subjugated via hypermasculinity, the film contains so much face-melting audacity captured in a three-hour spectacle that it’s hard to imagine that Hollywood could ever match it. This is a movie that demands to be seen with a crowd, hooting and hollering at all the action-packed, song-and-dance mayhem. It’s a singular experience that may never be topped but must be witnessed. 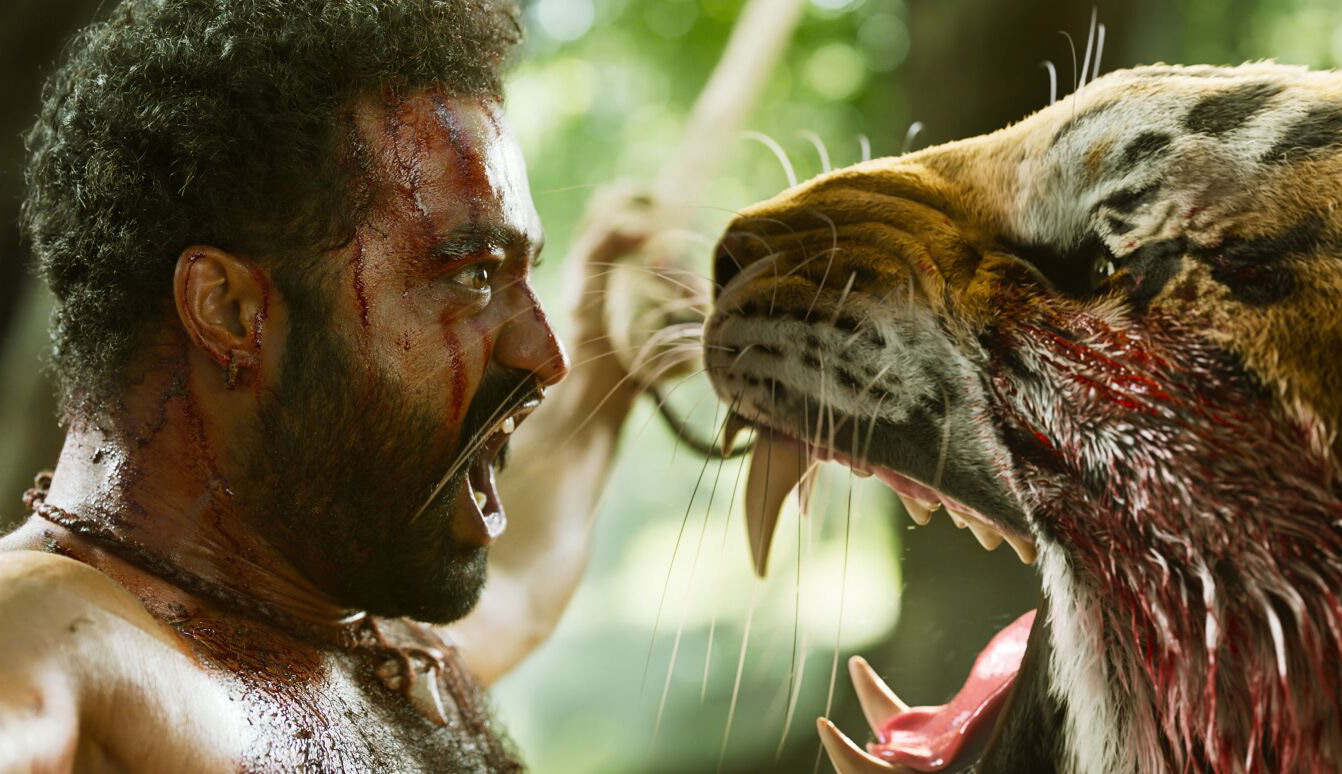 “She Will” played some festivals last year but finally hit a few theaters, VOD and Shudder in 2022, and it deserves seeking out. It’s simply ridiculous that this lush, complicated and humane tale of trauma and revenge is the first feature film from director Charlotte Colbert. It’s an incredibly assured outing that is buoyed by a fantastic lead performance from Alice Krige, an excellent score by Clint Mansell and some terrific cinematography by DP Jamie Ramsay, which is both subtle and operatic in its depiction of a very earthbound supernatural event. Those who seek out this unexpected and underappreciated movie will be rewarded with a film that possesses a corrosive darkness but is delivered with a gentle touch that allows its heart to beam brighter. 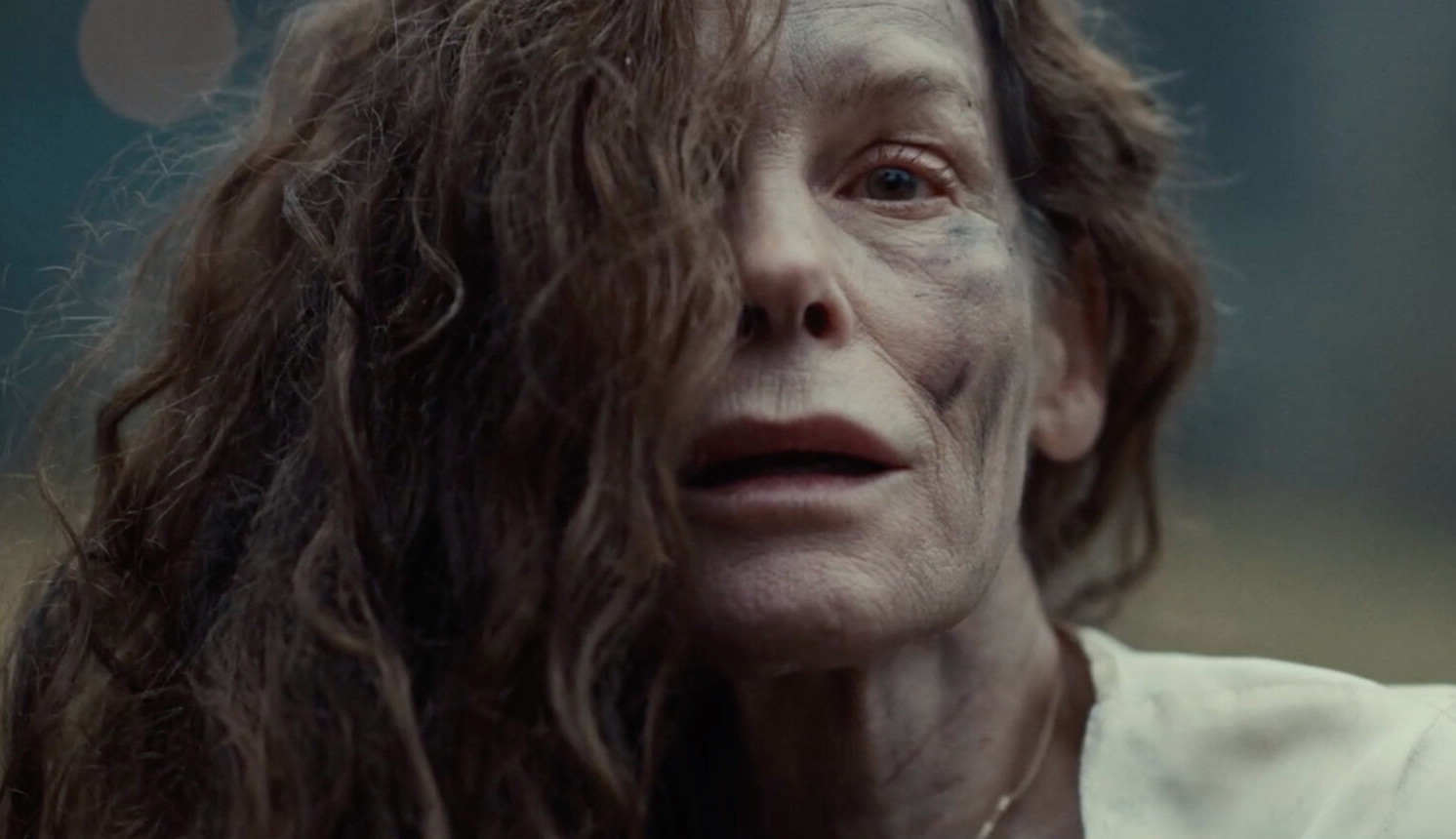 A brilliant comedy, a gorgeous bit of foodie cinema, a terrific takedown of all sorts of privileged scum… “The Menu” is many things, but above all, it is hilarious and it is genius. Led by a tremendous performance by Ralph Fiennes, dripping in disdain yet remaining perfectly poised, this ensemble cast is on fire, trading barbs and unexpected revelations to riotous ends yet always remaining human. This could easily be a one-joke premise, predicated on an obvious punchline and populated by caricatures, but director Mark Mylod and writers Seth Reiss and Will Tracy take great pains to avoid such pitfalls and constantly find new territory to explore in the world they’ve created, with the actors delivering on the extreme situation perfectly. It is a delicious meal of social commentary, ghoulish absurdism and the darkest of comedies, but it never feels mean-spirited or leaden. 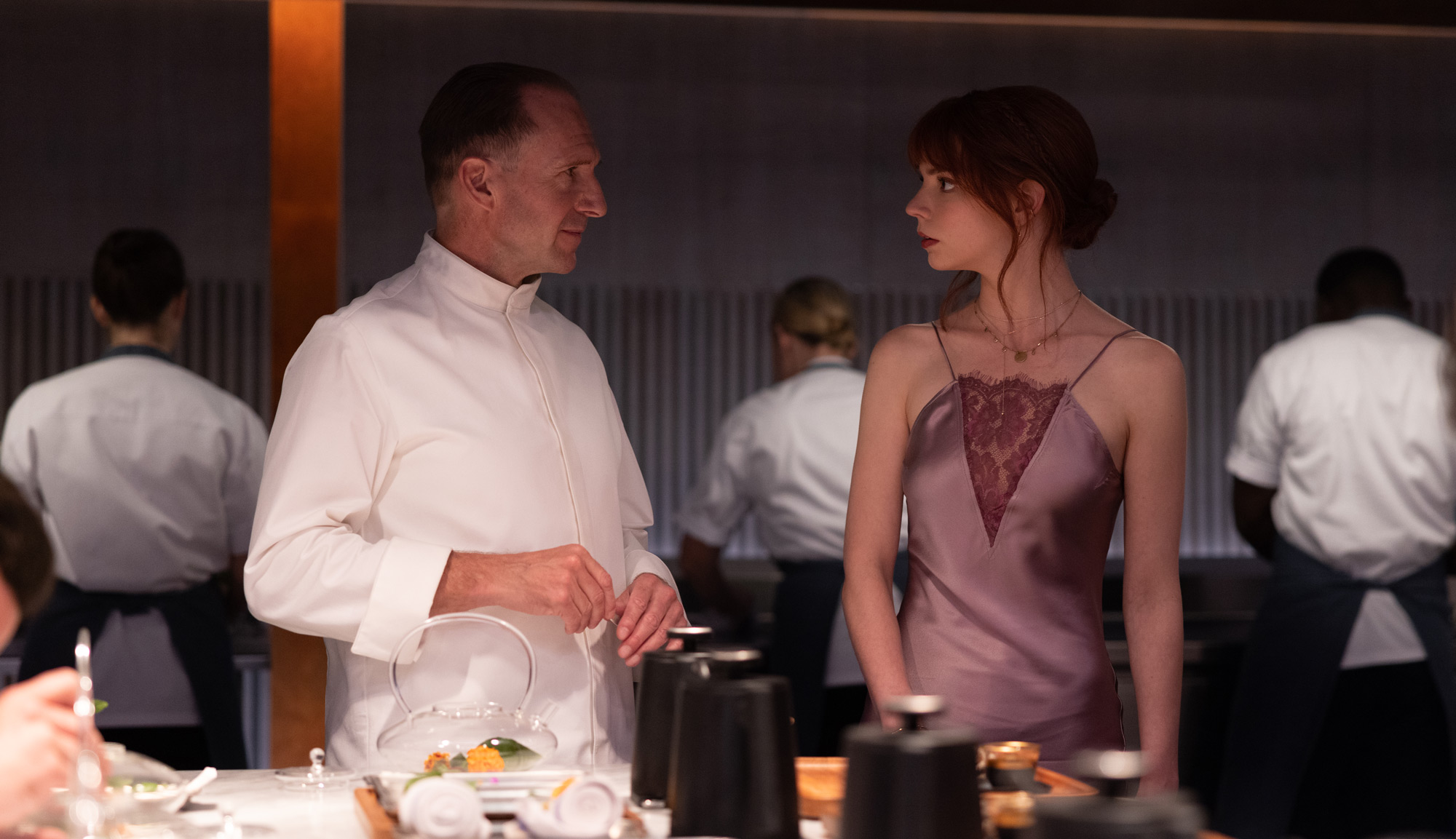 This incredible film needs to be seen by more people. It’s currently streaming on Amazon Prime, and I implore you to watch it. It’s “La Haine” meets “Superbad,” with deep and difficult societal questions asked amidst some of the best comedy of the year. Three non-white students dealing with the potential fallout of a white girl passed out in their house sounds simple enough on paper, but director Carey Williams and writer K.D. Dávila find ways to beef up their short film in its transition to a feature and explore all sorts of avenues that are equally provocative and uproarious. It’s an into-the-night film and a last-night-at-school film that is loaded with sociopolitical commentary and many other terrific tropes that are exquisitely melded together to produce something unique, desperately needed and wonderfully human. 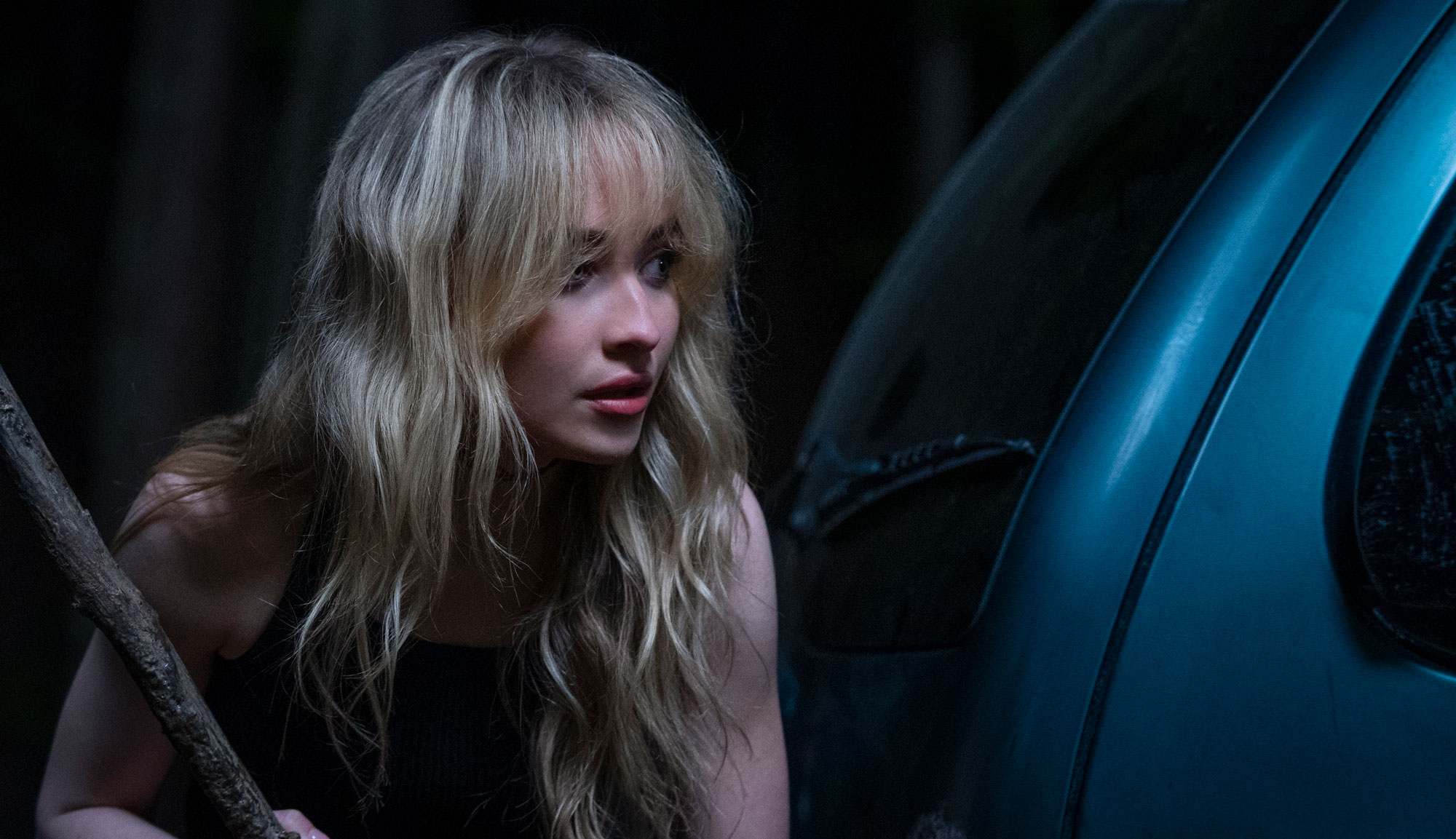 Writer/director Jordan Peele never misses. A spectacle movie about spectacle itself (with plenty of nods to Steven Spielberg’s “Jaws), “Nope” is concerned with control and exploitation, all while delivering some lasting imagery and mesmerizing scenes that are burned into the insides of my eyelids. “Nope” is funny, thrilling, genuinely scary and horrific in the best of ways, and it’s a complete adventure. Here’s to hoping that Peele continues his streak and keeps delivering on these spectacular films, as he seems to only be getting better with each one. 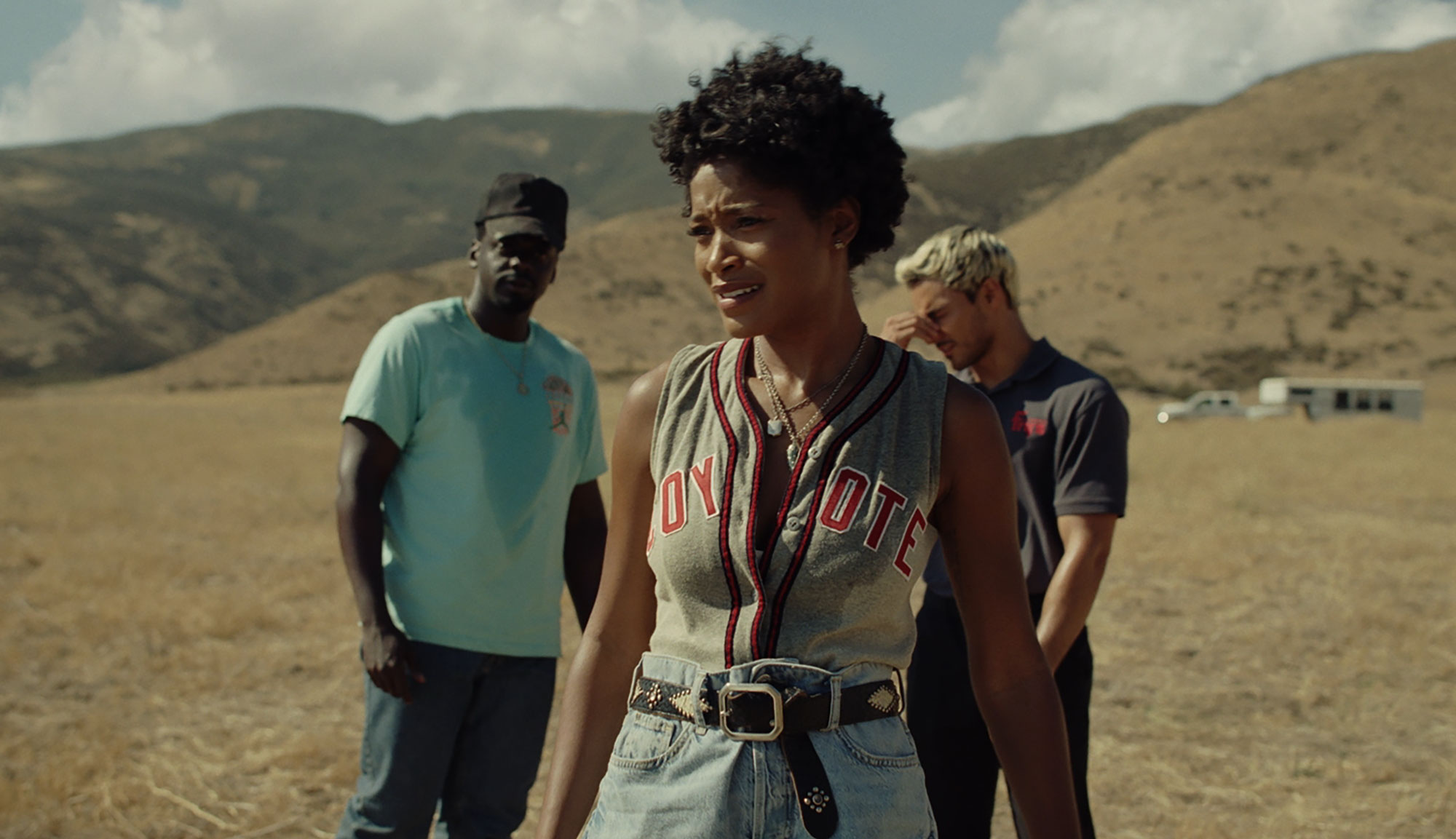 1. “EVERYTHING EVERYWHERE ALL AT ONCE“

The most original, audacious, inventive, heartfelt, hilarious, sad and deeply affecting film released in 2022 manages to tick almost every genre box and goes to outrageous places without ever leaving the emotional ground. This movie contains the most moving scene of the year, and it involves two rocks talking to each other via captions. That shows just how effective the Daniels are at crafting their world that we can still feel the characters and hear their voices when they become pieces of the landscape. Michelle Yeoh delivers an all-time performance that requires an insane amount of range but finds a way to make them all feel like pieces of the same whole. Every aspect of “Everything Everywhere All at Once” is meticulous and ingenious, and it’s all in service of a deceptively simple moral: Try to be nice. In the face of everything, even oblivion itself, goddammit, you’ve got to be kind. Melding elements of just about every genre, the film feels like a successor to Kurt Vonnegut’s misanthropic humanism, recognizing the wretched tendency of people but the inherent greatness of which they are capable. Despite its simplicity, it’s a bold stance that requires lots of strength, much like the compelling vision that is apparent in every inch of this movie. 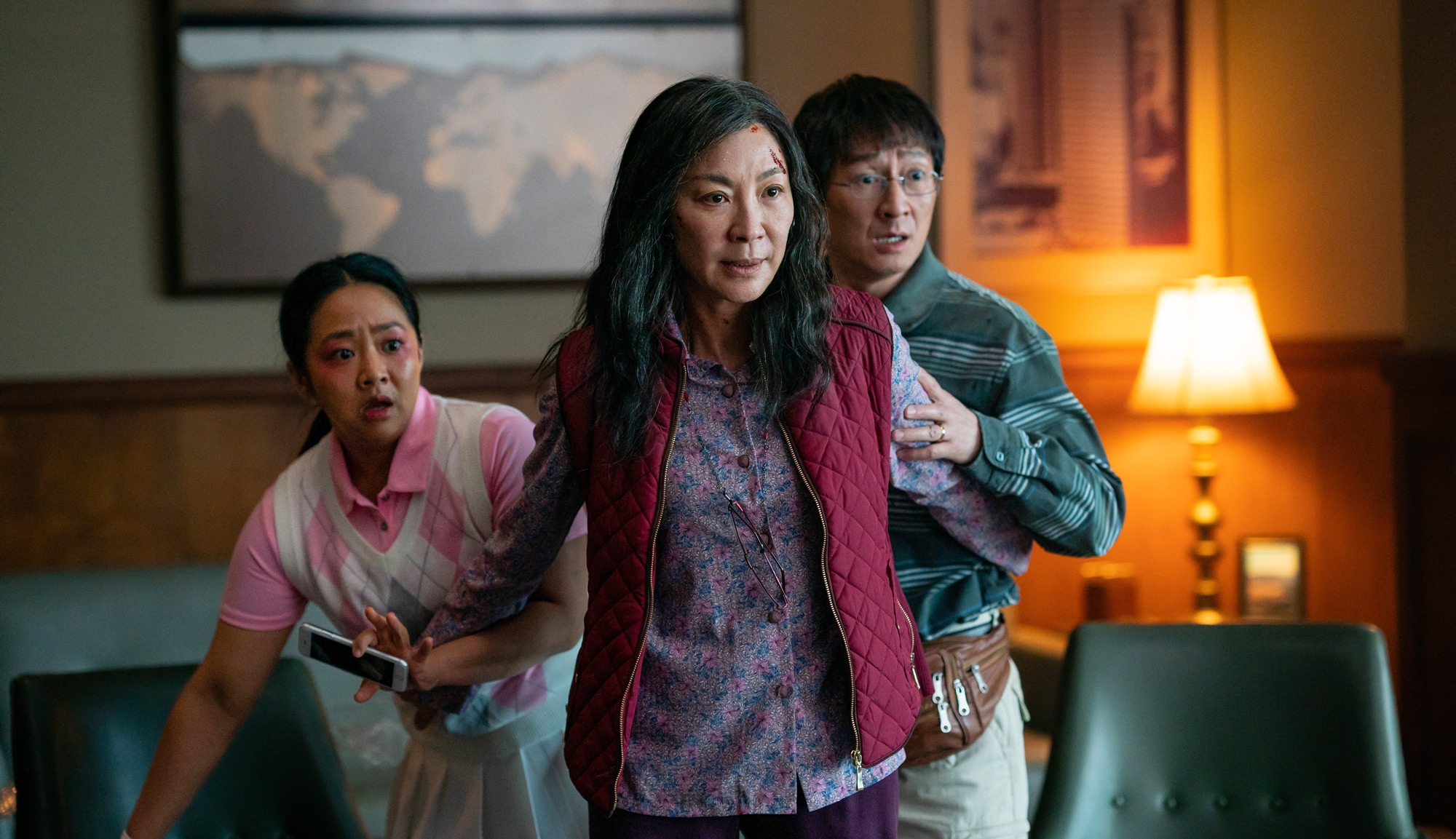 Tags: 2022 Year End Movies, Barbarian, best films of 2022, best movies of 2022, Bones and All, Decision to Leave, Emergency, Everything Everywhere All At Once, Glass Onion, Nope, RRR, She Will, The Menu, The Outfit