Trending
You are at:Home»Entertainment»Movies»Movie Review: “Empire of Light” 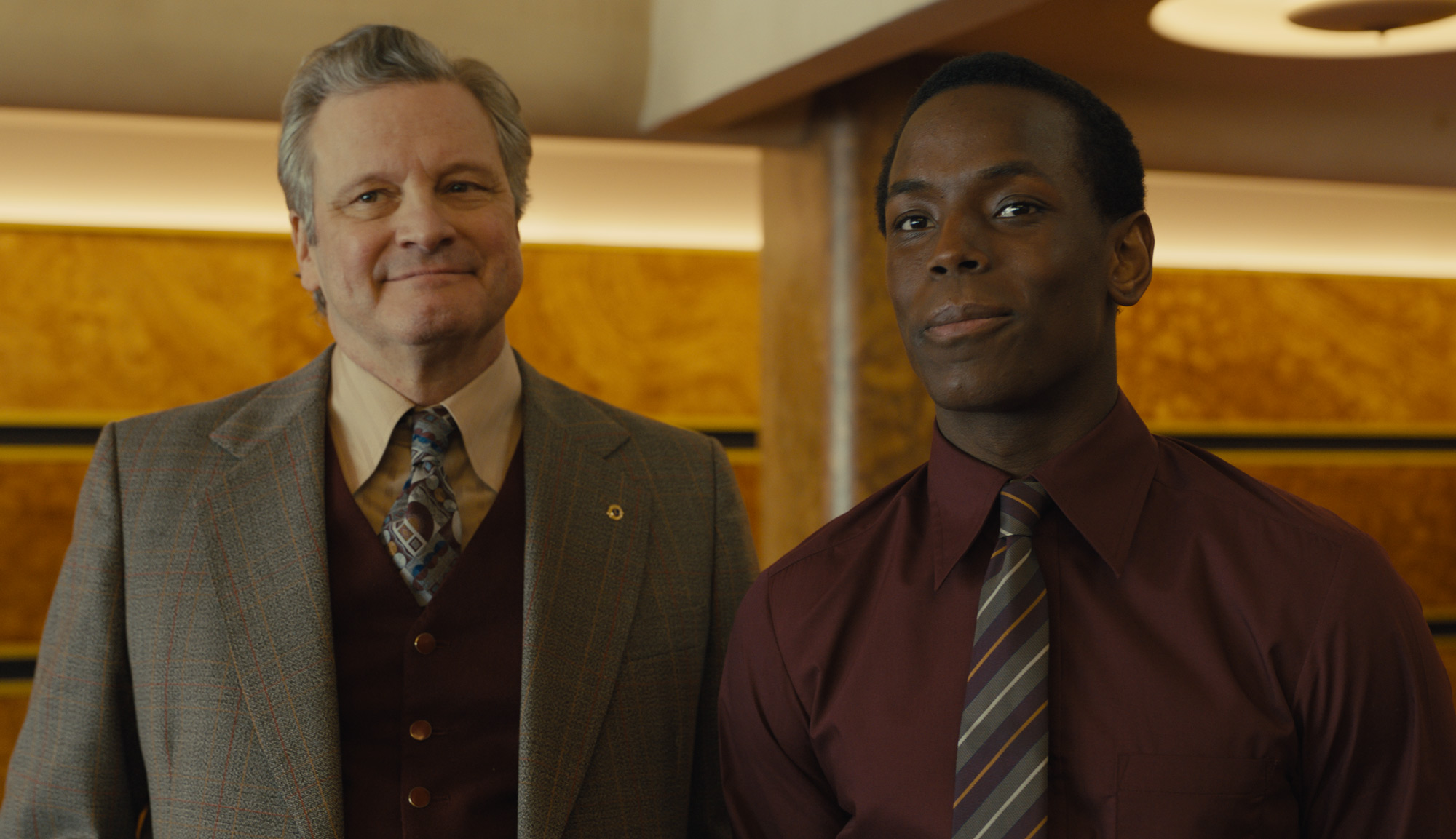 When looking at the people both in front of and behind the camera for “Empire of Light,” it’s difficult not to be impressed. The last film from writer/director Sam Mendes, “1917,” was nominated for 10 Oscars and seemed poised to win most of them until “Parasite” turned into a runaway juggernaut. Cinematographer Roger Deakins was one of the people who won an Oscar for “1917,” and star Olivia Colman has seen herself receive three nominations (and one win) in the last four ceremonies. Add in Colin Firth and Toby Jones in supporting roles, as well as a leading turn from relative newcomer and rising star Micheal Ward, and there’s a lot to like on paper. Sure, awards aren’t the only thing people care about when deciding what to spend their hard-earned time and money on, but pedigree is undeniable, and the pedigree of “Empire of Light” shines so bright that it could be seen from space.

Set on the English seaside in 1980, “Empire of Light” follows Hilary (Colman), a theater manager at the stately Empire Theater run by Mr. Ellis (Firth). A colorful group of employees, including perfectionist projectionist Norman (Jones), keep things running smoothly for the local customers, but it’s their summer reinforcements, led by a black teen named Stephen (Ward), who seem poised to change everything in Hilary’s life. A surprise romance begins to bloom between Hilary and Stephen, and in so doing we begin to learn more about Hilary’s past, — specifically, that she spent some time in a mental hospital after a major episode, and her continued employment at the Empire is more about her friends and coworkers keeping an eye on her, as well as Mr. Ellis coercing her into an extramarital affair. When the theater manages to secure a local premiere for “Chariots of Fire,” Mr. Ellis puts everything on the line to try and make the gala event go off without a hitch. At the same time, Stephen feels a growing racial tension in the town, and Hilary has sworn off her meds. Clearly, everything is going to go swimmingly at the premiere.

On its face, this is the type of premise that could easily devolve into the worst that cinema has to offer — a feel-good papering over of real problems where everyone forgets their worries and is reborn in the glow of the silver screen. The trailer certainly seems to point to that, but for a good amount of time, things are surprisingly not embarrassing, at the very least. Colman, whose meteoric rise from comedies and supporting roles to the top of the industry remains delightfully surprising, treats the illness of her character with respect and care. Ward, who was so compelling in “Lovers Rock,” remains a strong screen presence, taking a huge step forward into a starring role in such a high-profile film. And Firth weaponizes his charm so well; it’s not the first time he’s played a villain, but this may be one of the better examples of doing so. There are moments of borderline cringe here and there, but the sort of scenes you might expect from a film written and directed by an older white guy about the power of the cinema to transport you and cure all ills are absent for a good 70 percent of the runtime.

Unfortunately, he does eventually give in, and boy oh boy do things take an extreme turn for the worse from that point on. There is one scene in this film, set in the wake of a skinhead demonstration on the streets just outside the theater, that fulfills every rotten promise that should be expected of the premise — a scene so astonishingly tone-deaf that it could live in infamy as the worst that redemptive film has to offer. “Empire of Light” is entirely irredeemable from that point on, but the film that it lets down isn’t exactly burning up the screen before then. You still have to deal with the likes of Toby Jones, a fine and dependable actor by all regards, forced into spouting many brutal platitudes about the power of cinema and how so many still images can be perceived as movement. It’s nothing new to anyone who has seen even a few films about the importance of seeing movies in a theater (of which there are many examples to choose from, varying from “Cinema Paradiso” to “The Majestic” to this year’s “The Fabelmans”), and any allusions it makes to the cinema’s ability to trump such existential topics as a black man being nearly killed by skinheads or a mentally ill woman having a breakdown is as laughable as it sounds.

Perhaps this is hyperbole, but I’m not sure I can trust a film to be an incisive look at race and mental health stigma in 1980 when it’s written and directed by Sam Mendes. This isn’t automatically a dig at Mendes but more a case of questioning his choice of subject matter. I’m sure that Sam Mendes had the best intentions when putting together the script for “Empire of Light.” He certainly isn’t the first person to make a film about a grand movie house and the indelible mark it leaves on the local community. But this film is not “Cinema Paradiso,” no matter how hard it tries to be. The stakes around the theater are simply too high to make its climax even remotely satisfying or cathartic.

The romance between Stephen and Hilary works to some extent due to the work of Colman and Ward, though the circumstances of their love always feel more fairytale than real life. That ends up being another factor that grates against the very real themes of the film, creating an experience that feels like it takes itself seriously until it doesn’t want to anymore, throwing it all out the window to veer into the saccharine sweetness of cinema as therapy. Watching a trailer for “Empire of Light” or reading a synopsis is enough to make you think you know exactly what Mendes is up to here, and even though it takes more time to devolve into the sort of tacky treacle that it looks like it’s going to be, it still gets there in the end. In a way, that makes “Empire of Light” even more of a disappointment — a film that at least seems to know what it could be, or perhaps should be, and settles for what it is.