Trending
You are at:Home»Entertainment»2022 Holiday Gift Guide: Movies and TV 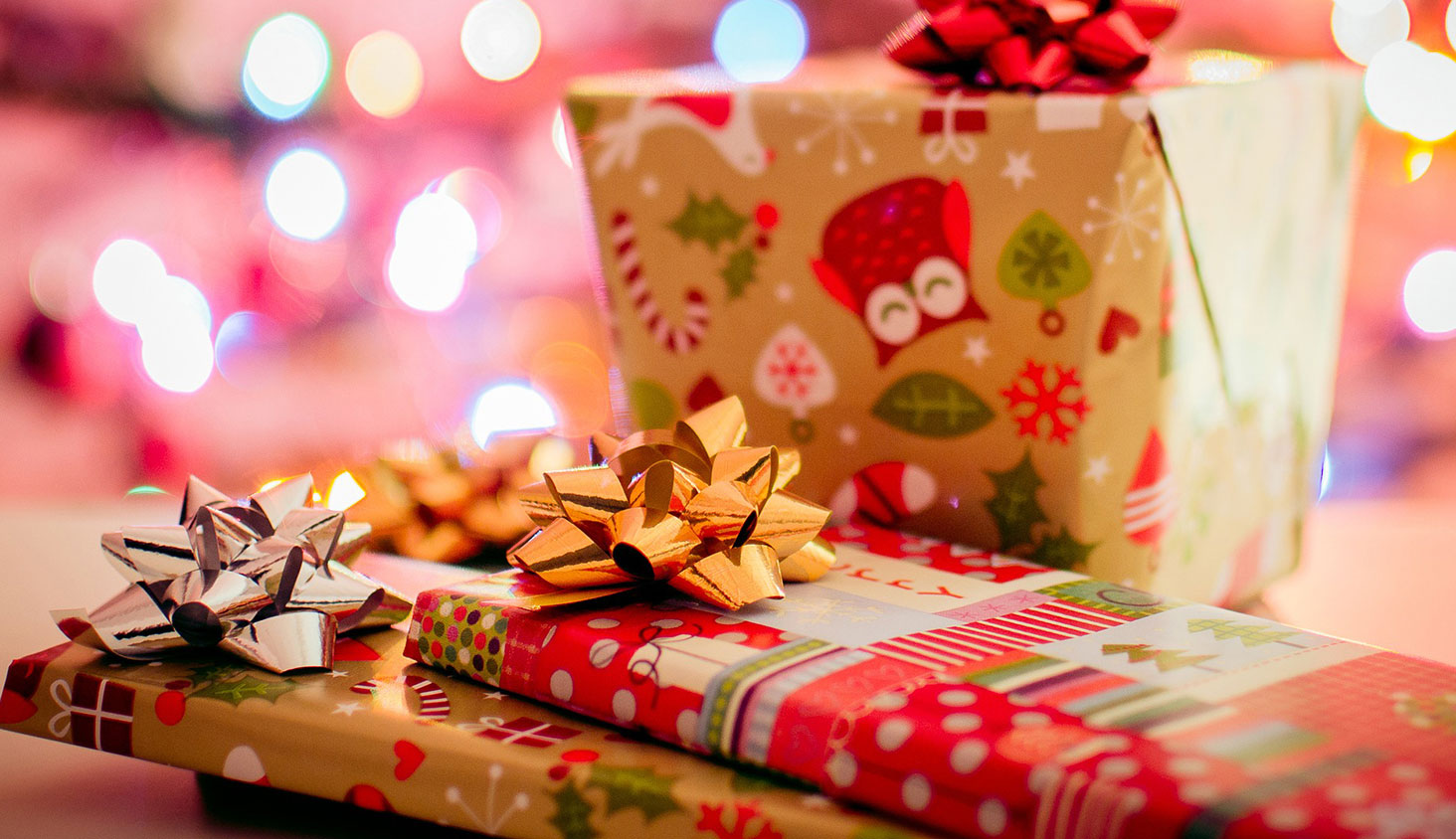 The holidays are upon us once again, which means that it’s time to stress out about what you’re going to buy everyone on your shopping list. Fortunately, we have plenty of great ideas for the movie buff or TV fanatic in your life with some of our favorite Blu-ray and 4K releases from the past year. Check out our selections below, complete with easy-to-buy links to Amazon. 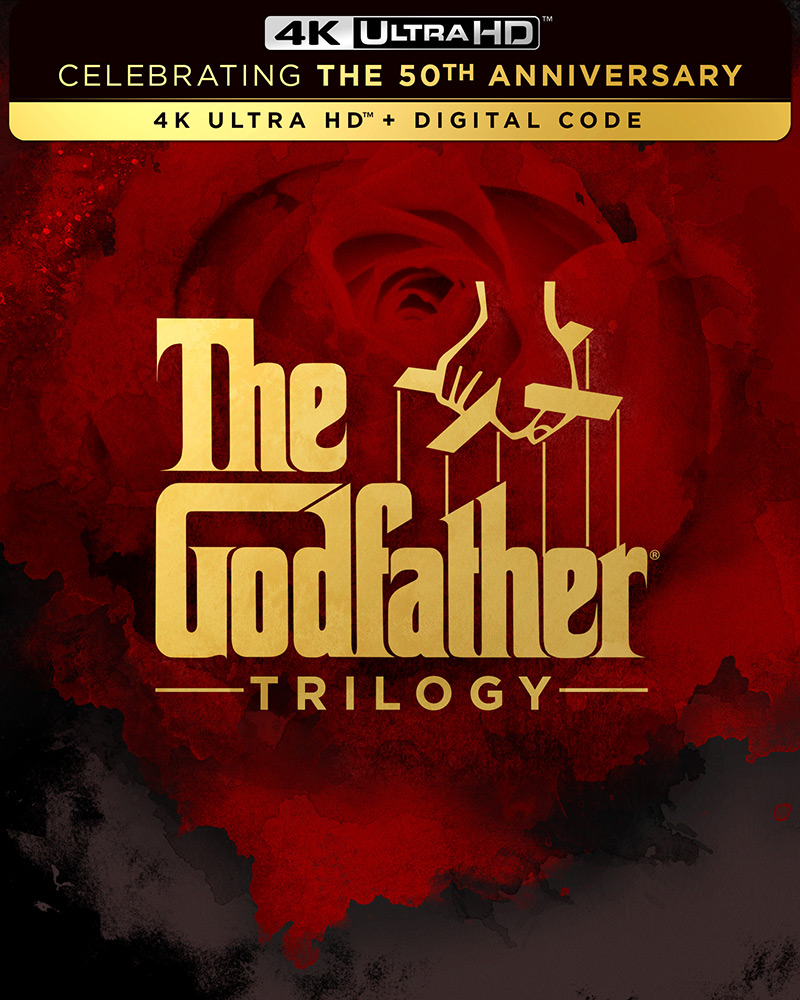 There’s not much to say about Francis Ford Coppola’s celebrated crime saga that hasn’t already been said. “The Godfather” and “The Godfather Part II” are among the greatest films in American cinema history, and although the lesser third film (in this case, Coppola’s recently re-edited version, “The Godfather Coda: The Death of Michael Corleone”) doesn’t quite hold the same importance, it’s nevertheless a fitting end to the trilogy. Most movie fans have probably owned these films in one form or another over the years, but this new five-disc box set celebrating the 50th anniversary of the original 1972 classic is definitely worth the upgrade. Meticulously restored under the direction of Coppola and beautifully remastered in 4K, all three movies look better than ever, especially the much beloved first two films, which have improved dramatically since the last restoration in 2008. This is about as close to the definitive “Godfather” collection as you’re bound to find — it even includes remastered versions of the theatrical and 1991 cuts of “The Godfather Part III” that are exclusive to this release — and as such, it’s an absolute must-have for any self-respecting cinephile.

The Beatles: Get Back 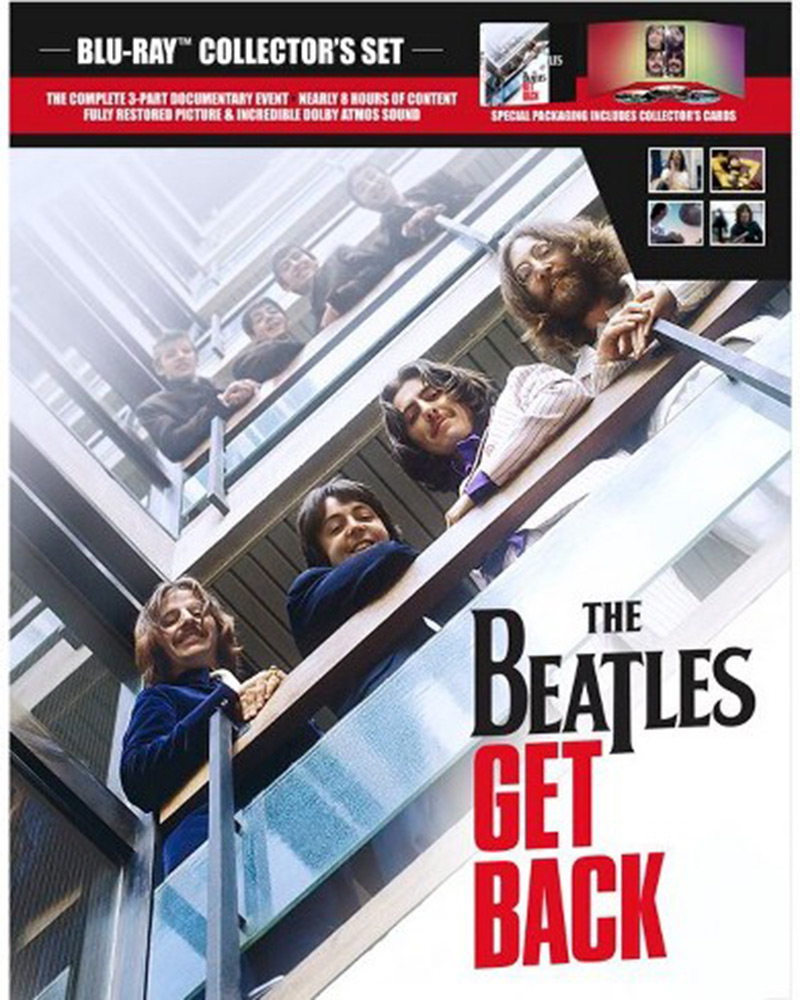 In 1969, director Michael Lindsay-Hogg was hired to document the making of the Beatles’ latest album “Let It Be,” eventually resulting in the 1970 film of the same name. More than 50 years later, Peter Jackson has revisited that tumultuous period in the band’s history with “The Beatles: Get Back,” a three-part miniseries comprised largely of unused footage and audio material originally captured by Lindsay-Hogg. The nearly eight-hour docuseries covers the 21-day period in which the Beatles rehearse for the upcoming album and planned TV special, culminating with a fully restored version of the famous rooftop concert at Apple Corps’ Savile Row offices. Though that lengthy runtime can make the series feel a bit too drawn-out at times, especially as the songwriting/recording process for certain songs starts to grow repetitive, there’s no denying that “Get Back” is a truly fascinating look at “how the sausage gets made.” Jackson doesn’t shy away from the messy drama that was well-documented in Lindsay-Hogg’s film, but he also showcases a more joyful, playful side to the Beatles that highlights just how well they got along when they weren’t standing in each other’s way. It’s these moments that make “Get Back” such essential viewing — mostly for longtime Beatles fans but also for anyone interested in learning more about what made the Beatles such a formidable musical group. 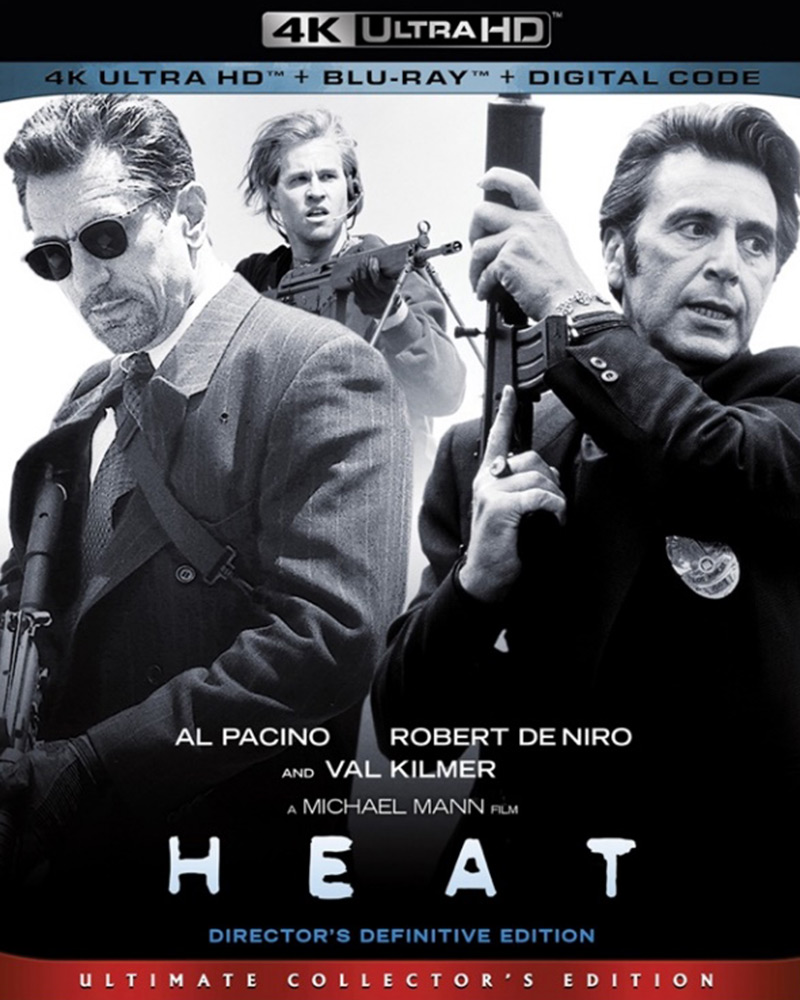 Michael Mann’s 1995 crime thriller is one of the best films in the genre, and it’s aged remarkably well in the 25-plus years since its release. Though the movie is perhaps best known for the iconic diner sequence between stars Robert De Niro and Al Pacino, whose cat-and-mouse tension permeates the entire film despite only sharing two scenes together, “Heat” has so many memorable moments (including the opening heist and the climactic shootout) that it continues to be imitated to this day. Although there’s nothing different about the director’s cut featured here than the one that appears on the 2009 release (for all intents and purposes, this is the official version of the movie), the new 4K remaster that was supervised by Mann is such a treat that it makes this re-release an absolute must-own. 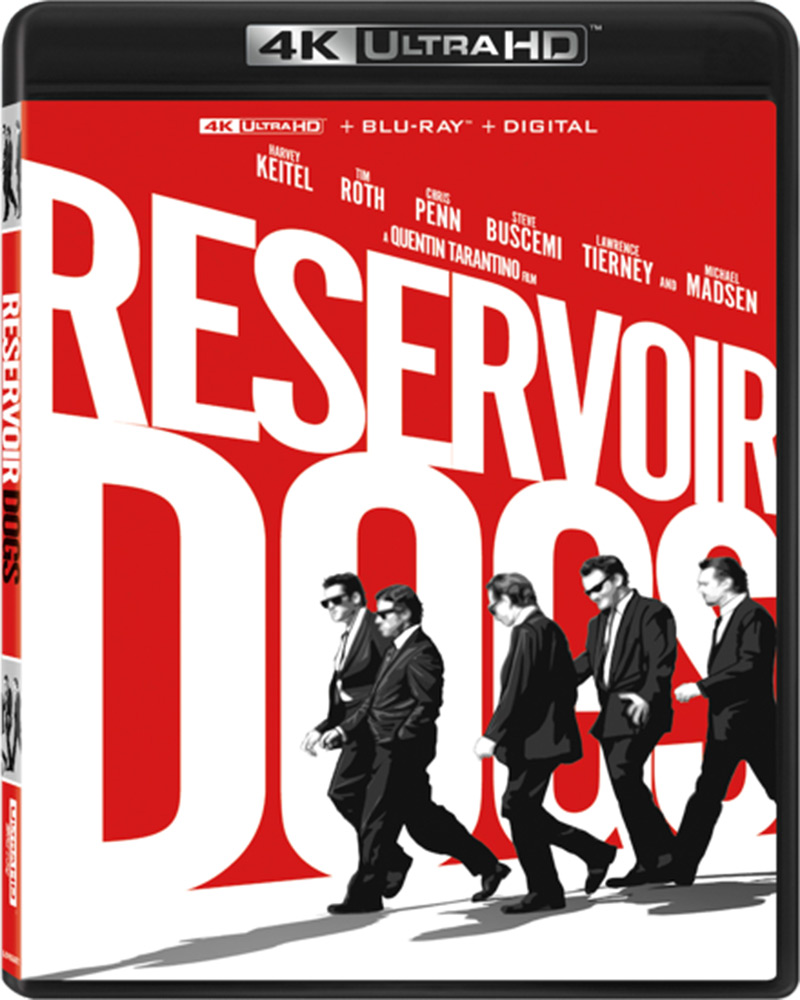 Quentin Tarantino’s directorial debut perhaps doesn’t get as much love as it deserves because it’s not as cinematic as his other movies, but it’s a wholly entertaining crime film that’s brimming with Tarantino’s trademark dialogue and some iconic performances from Harvey Keitel, Steve Buscemi, Michael Madsen and Tim Roth. It has everything that makes a great Tarantino film, and its brisk 99-minute runtime — the director’s shortest of his career — practically flies by. Though the movie’s previous home video releases have been pretty substandard from a visual standpoint, this new 4K disc from Lionsgate is a massive improvement, with outstanding detail and color that pops off the screen. It would have been nice if the studio could have cobbled together a couple of new bonus features for the film’s 30th anniversary, but for most fans, this new 4K restoration is celebration enough. 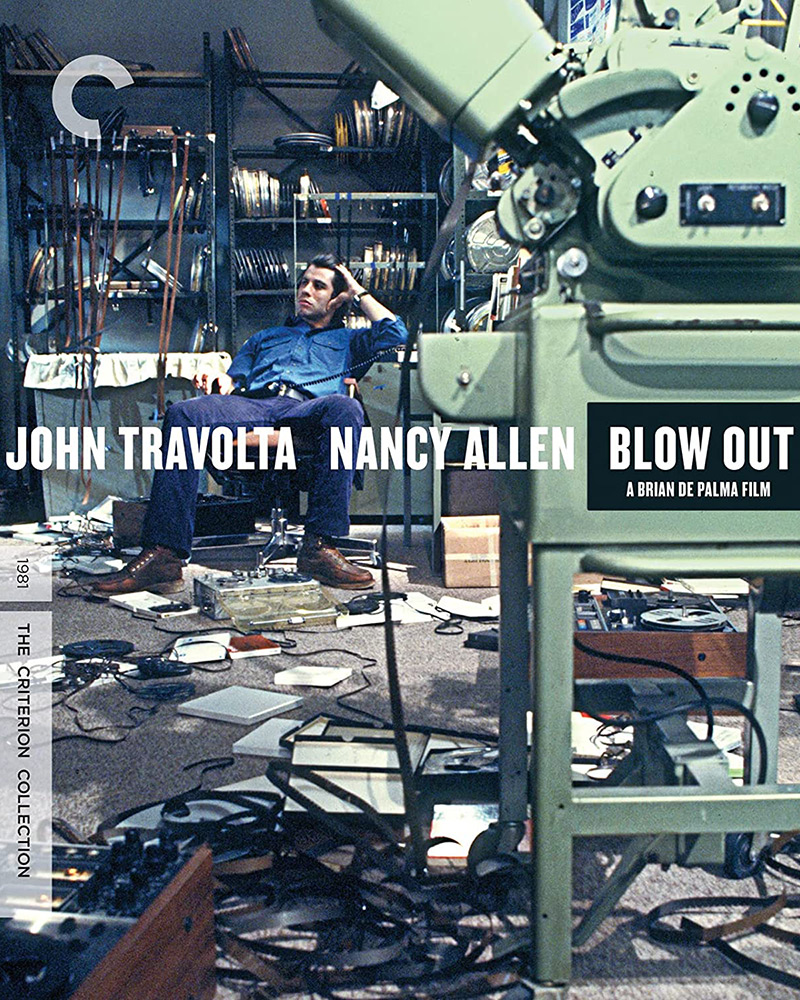 Brian De Palma’s 1981 cult classic about a movie sound effects technician who inadvertently records audio evidence of a political assassination is easily one of the director’s finest films. Filled with Hitchcockian themes and methods, and positively oozing with visual style, “Blow Out” delivers a unique take on the political/conspiracy thriller at a time when Hollywood seemed to have exhausted the subgenre. But while the film alludes to elements of the JFK assassination, the Chappaquiddick incident and the Watergate scandal, which changes the way an audience would have experienced the movie when it was originally released, it works just as well without all that subtext. “Blow Out” isn’t without its issues, but the outstanding direction and cinematography (which looks even better thanks to Criterion’s new 4K digital restoration), as well as a strong lead performance from John Travolta, makes it a truly gripping watch.

Singin’ in the Rain 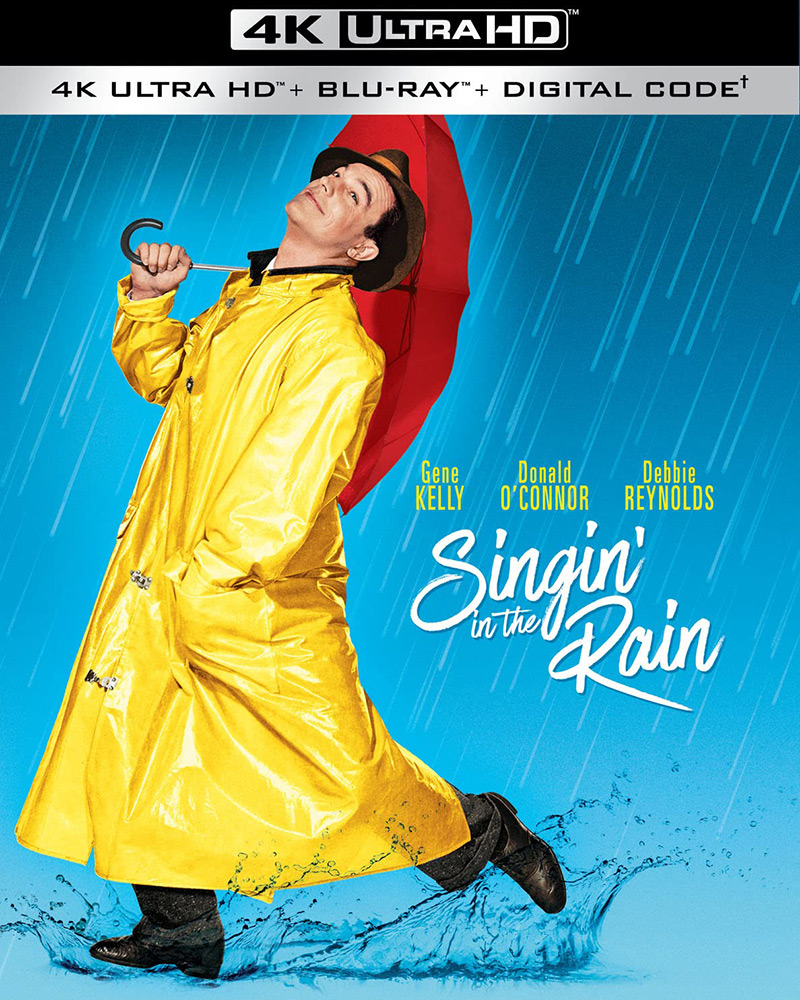 “Singin’ in the Rain” is considered by many to be the best musical of all time. Though it received only two nominations at the 1953 Academy Awards, it’s one of the few films from that year that people still talk about today. The story is admittedly a bit cheesy, but almost every song-and-dance number is memorable, and the main three actors are perfectly cast in their roles. In fact, although the film may be a Gene Kelly vehicle (he even co-directed the movie alongside Stanley Donen), it’s his two co-stars who steal the show. Donald O’Connor manages to keep up with the fleet-footed Kelly every step of the way (and makes you laugh while doing so), while Debbie Reynolds is so charming that you’d be crazy not to fall madly in love with her the minute she appears onscreen. “Singin’ in the Rain” is a classic for a reason, and even after 70 years, it still holds up really well. 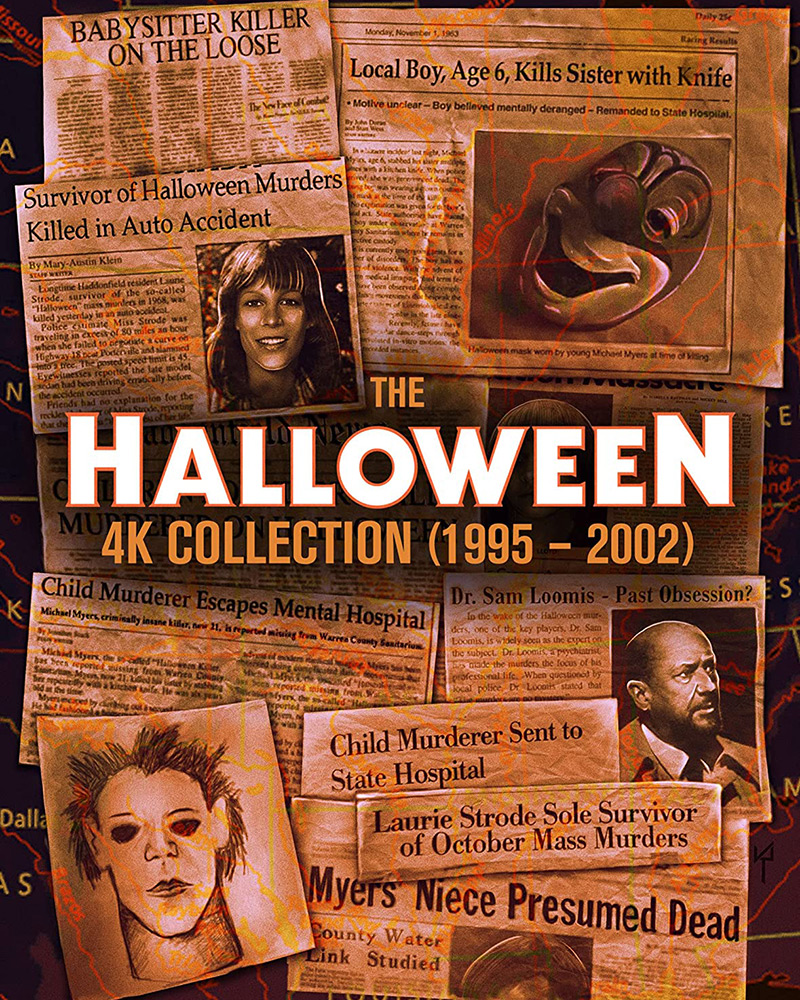 Following last year’s 4K release of the first five “Halloween” films, this eight-disc box set from Shout! Factory rounds out the collection with the final three movies in the original timeline: “Halloween: The Curse of Michael Myers” (both the theatrical and producer’s cut), “Halloween H20: Twenty Years Later” and “Halloween: Resurrection.” Like the other releases, all three films contain a new 4K scan from the original camera negative with HDR10 and Dolby Vision options available, which really improves the video quality of each movie. There are also hours of bonus material on each disc, including a brand-new audio commentary by writer Daniel Farrands and actor Marianne Hagan on “The Curse of Michael Myers.” Though the collection contains arguably some of the worst installments in the “Halloween” franchise, Shout! Factory has done such a bang-up job with this release that diehard fans will enjoy it nonetheless. 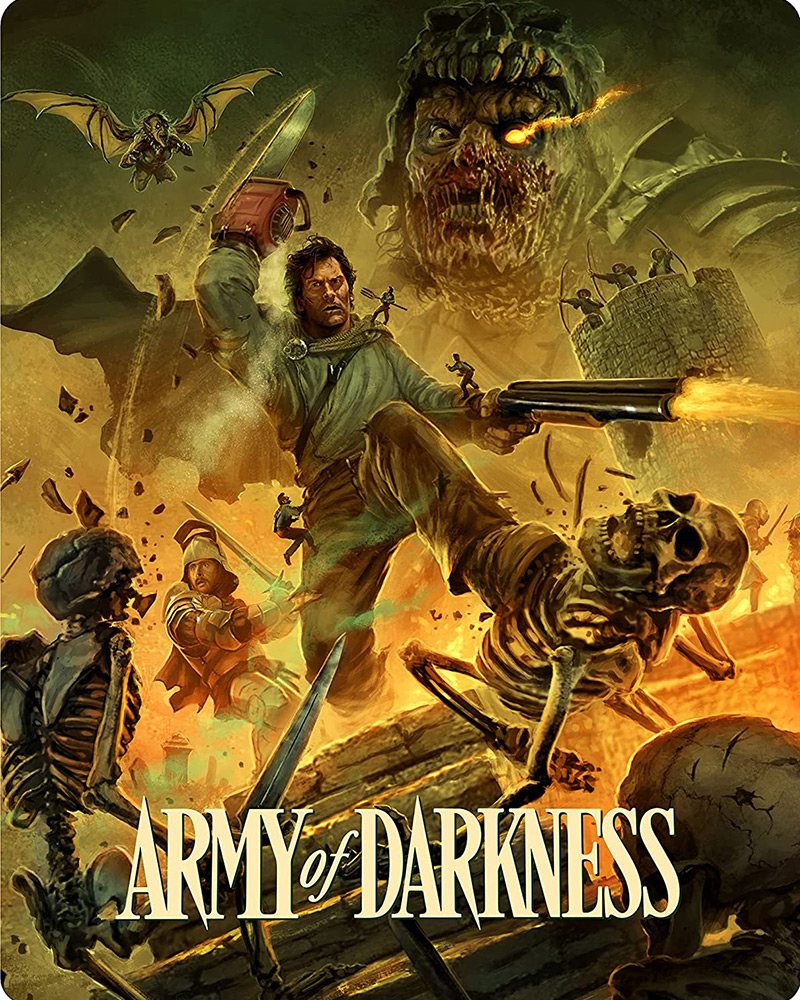 While it doesn’t have much in common with the “Evil Dead” films apart from its main protagonist and some loosely connected story threads, “Army of Darkness” is hands-down our favorite installment in the series, specifically because it’s not a straight horror movie but rather a genre-bending fantasy film that doesn’t take itself too seriously. In fact, it’s quite cheesy in a B-movie sort of way, though that doesn’t make it any less enjoyable thanks to its immensely quotable one-liners, some hilarious set pieces, Sam Raimi’s trademark visual style and a great performance by Bruce Campbell, who carries the movie on the strength of his goofball antics and debonair charm. The film has also never looked better thanks to this new 4K release (which was created using a 4K scan of the original camera negative), breathing new life into an old classic just in time to celebrate its 30th anniversary. And for those who’ve collected the various editions throughout years, the four-disc set includes a Blu-ray copy of each version — the theatrical cut, the director’s cut and the international cut — which should help make some room on your shelf for even more movies. 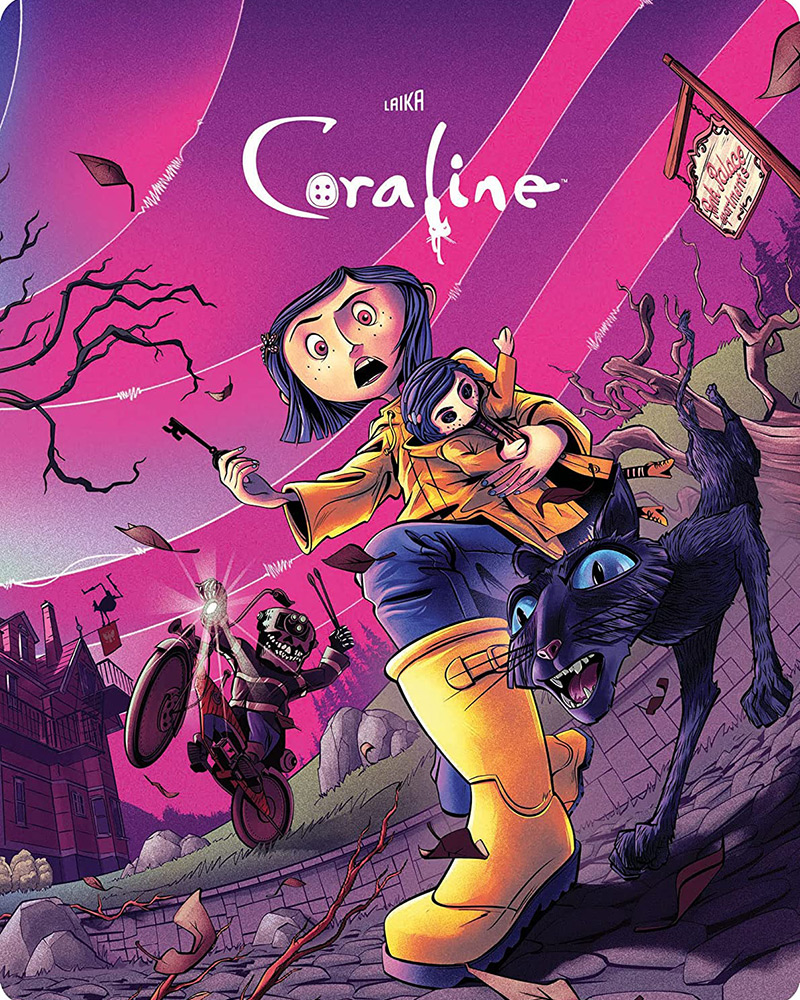 Pixar may get all the love, but over the past 15 years, LAIKA Studios has come into its own as a company that you can usually expect great things from. Not only has the animation house breathed new life into the underappreciated art of stop-motion, but they’ve done so with an offbeat style unlike any of their competitors, beginning with their debut feature. Based on the bestselling book by Neil Gaiman and directed by Henry Selick, “Coraline” is the perfect horror film starter for kids; it’s not too scary but just creepy enough to give you a few frights. Though it’s not quite LAIKA’s best movie — that title belongs to 2016’s “Kubo and the Two Strings” — “Coraline” is still a wonderfully dark and macabre fairy tale that boasts a lovely soundtrack and some gorgeous, handcrafted animation sure to delight viewers of all ages. While Shout! Factory’s new 4K release doesn’t offer anything new as far as bonus material goes, it’s the first time that the movie has been available on 4K UHD, with a dazzling 4K remaster and Dolby Atmos 7.1 audio mix that make the film look and sound incredible. 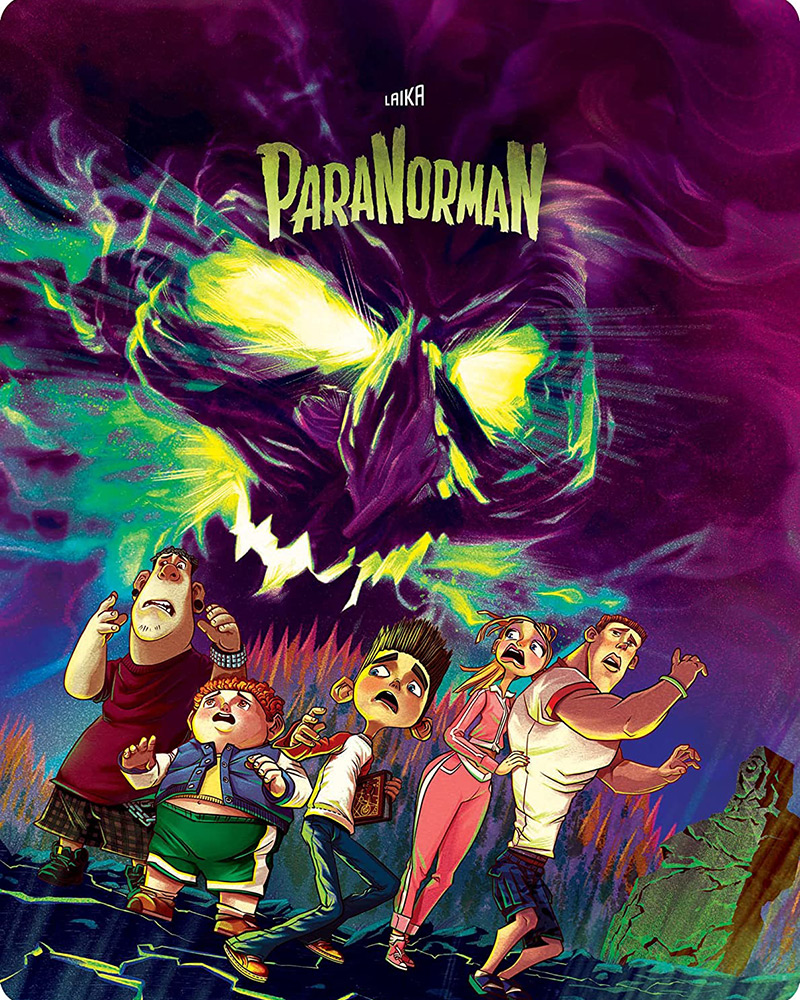 LAIKA Studios’ sophomore effort is a much bigger movie compared to its debut feature — both in scale and scope — and directors Chris Butler and Sam Fell make full use of that larger canvas with this delightful homage to B-movie horror films. Though the plot is a bit thin, the movie is well-paced and never dull thanks to its wonderful animation, witty script and fun cast of characters. It’s arguable whether “ParaNorman” totally succeeds as a zombie film for kids like the directors intended, but it’s a really enjoyable Amblin-esque adventure comedy (think “Goonies” meets “Scooby-Doo”) that ranks among the studio’s best work and makes for a great family-friendly Halloween feature that can be revisited every year. And just like “Coraline,” this 4K edition features a brand-new 4K remaster and Dolby Atmos 7.1 audio mix for the ultimate movie-viewing experience, not to mention some cool SteelBook packaging.