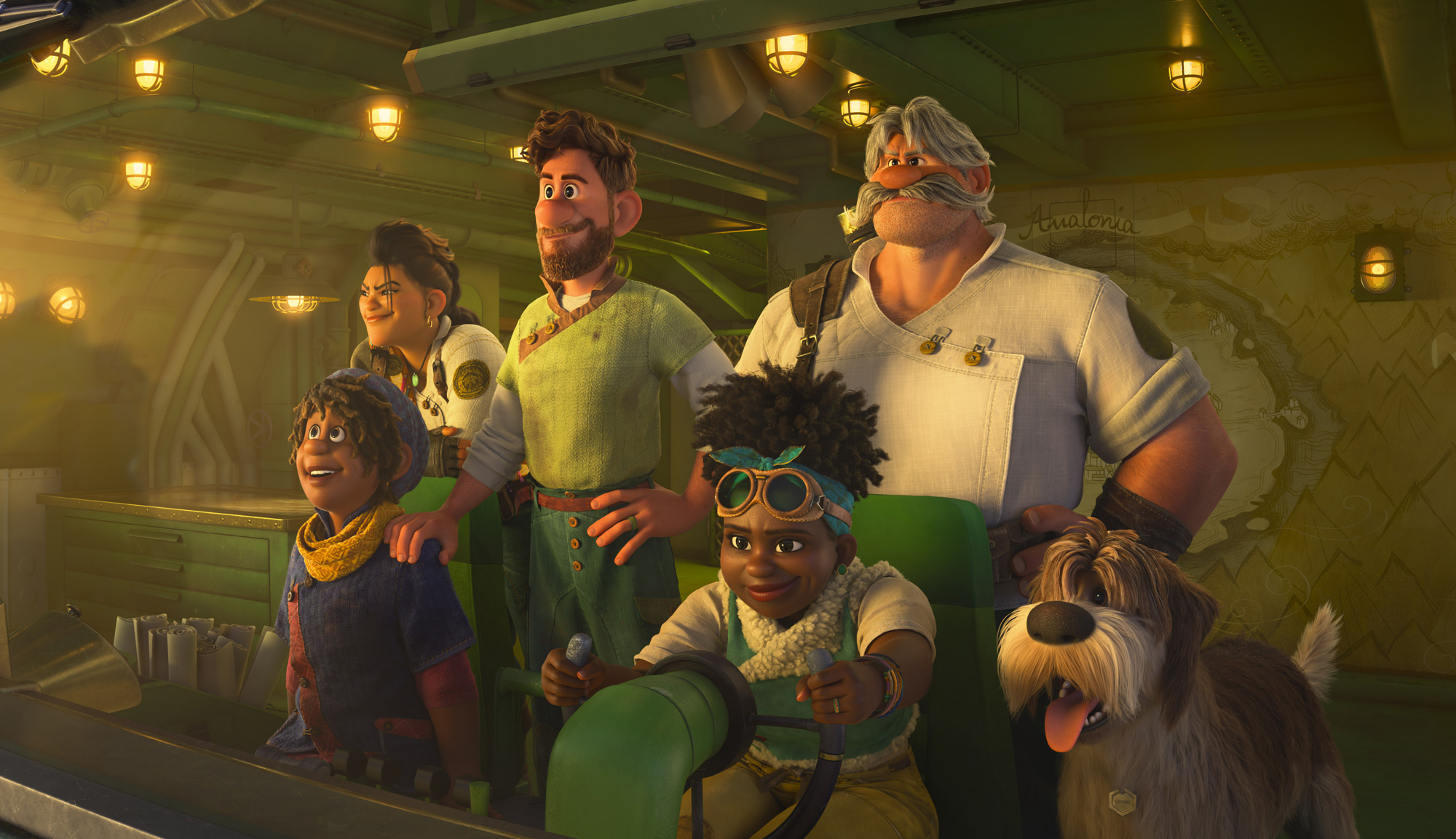 I can’t exactly put my finger on what “Strange World” is lacking, but it just feels like something is missing. Directed by Don Hall and Qui Nguyen (who also wrote the script), the Disney animated film has a fun story, engaging themes, excellent designs, wondrous animations, strong humor and some nice adventure moments… and yet it doesn’t feel as excellent as that description would suggest. “Strange World” could probably use a little extra oomph in its story, action and comedy, though I would be hard-pressed to say what exactly those changes would be. It’s an odd phenomenon but accurate, nonetheless.

Jaeger Clade (Dennis Quaid) is a famous explorer, renowned for his many expeditions and discoveries. He is intent on traversing the snowy heights of the nearby mountain peaks in Avalonia, but to do so would mean leaving behind his son, Searcher (Jake Gyllenhaal). Jaeger embarks on the journey anyway and vanishes in a snowstorm, leaving behind Searcher and the miracle plant he discovered that can power the whole nation. 25 years later, the plant, known as pando, has become the chief crop of Avalonia and the power source for everything. Searcher is a pando farmer and works the field with his wife, Meridian (Gabrielle Union), and their son, Ethan (Jaboukie Young-White). But when an emergency threatens the pando plant and all of Avalonia, Searcher is drafted to help avert the crisis by going into the very mountain that once claimed his father.

“Strange World” has a bunch of important and solid messages in its storytelling, yet it never once feels preachy or is broadcast via speeches. Instead, these larger themes are conveyed through natural dialogue and character interactions — not subtle to the point of being overly ambiguous but not obnoxiously obvious, either. These messages are about conservancy, climate change, fossil fuels, positive masculinity, identity and more. As opposed to the belabored demagoguery of works like “Avatar” or “FernGully,” Nguyen’s screenplay trusts its audience to easily infer the point of this sci-fi adventure story and apply it to their own lives.

And that adventure story feels appropriately grand, with this new world exhibiting layouts and creatures reminiscent of aquatic life, microscopic organisms and more that combine into something wholly new. The visuals are astounding, creating bold vistas of this, well, strange world that are equal measures awe-inspiring and daunting.

Populating the unique landscape of “Strange World” are the main characters, who are mostly new character types, at least for this kind of movie. Searcher isn’t positioned as a wimp just because he’s not an explorer like Jaeger, and Jaeger isn’t necessarily depicted as a totally antagonistic presence when reunited with his son. Meanwhile, Ethan is a nice mix of these two roles — not simply siding with one over the other for narrative expediency but showing the power of synthesis. He’s a typical teenager who’s still figuring out his place in the world, awkwardly wrestling with how to deal with his crush and trying to mitigate how much his parents embarrass him in front of others. It’s a common type in the real world but one rarely seen in Disney animated fare.

Similarly, the dynamics and relationships among the characters feel lived-in and real, even when the circumstances are larger than life. This is due to some excellent dialogue, strong direction by Hall and Nguyen, and solid performances by every member of the cast. There’s a softness between each character even when they’re clashing, showing that their underlying love for one another overcomes all. This may sound like it neuters conflict, but that constant sense of love actually makes the conflicts resonate harder. These are people who don’t want to fight but can’t avoid it due to their personalities, desires and needs. It’s always impressive when such powerful relationships shine through in animation, particularly because the performances are usually recorded individually, but “Strange World” boasts a strong ensemble vibe that helps propel the exciting story forward both narratively and emotionally.

So, why does it feel lacking? Maybe because none of the comedy is gut-busting or none of the action sequences are especially harrowing. Or maybe it’s the fact that there really isn’t much of an antagonist for our heroes to face. For whatever reason, “Strange World” never truly feels like a major feature film but rather something that people would stumble upon and enjoy — an overlooked gem destined to become a cultish classic in the vein of other Disney films like “Atlantis: The Lost Empire” or “Treasure Planet.”

But while “Strange World” may feel less than spectacular after the fact, in the moment, it is exceptionally entertaining. The directors combine a great visual display with an excellent cast to make for a fun romp. It may seem slight, but that’s certainly not the worst thing a film can be.