Trending
You are at:Home»Entertainment»Movies»Movie Review: “Glass Onion: A Knives Out Mystery” 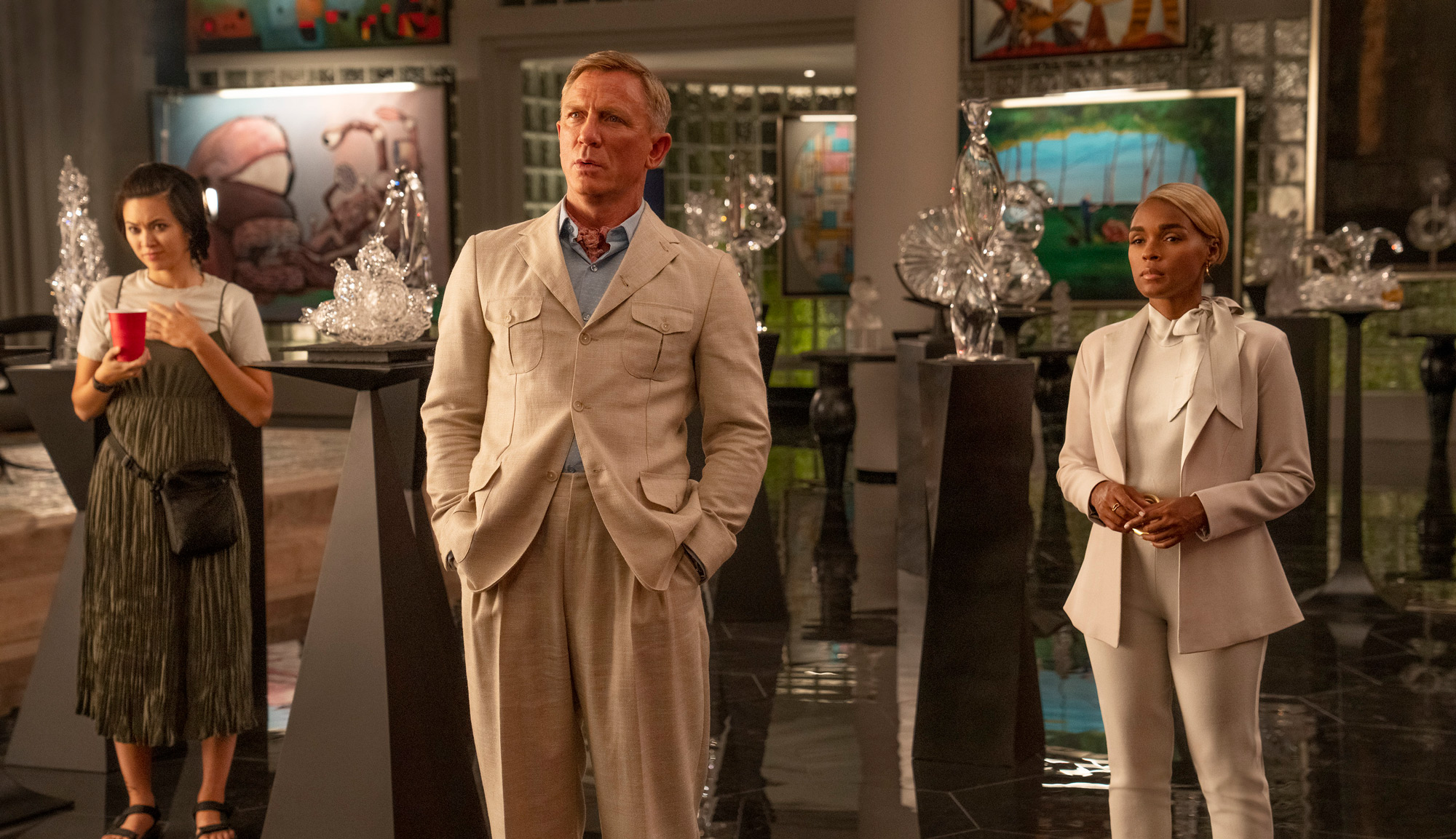 I try to tell myself that remakes, reboots and sequels can’t affect the original film that I love, but I still find myself bracing for the worst when I go to see that new iteration or entry of something that I deeply enjoyed. That trepidation was with me as I sat down to watch “Glass Onion,” the sequel to “Knives Out.” Rian Johnson’s 2019 whodunnit was a tightly scripted showcase for some extraordinary acting that produced a tight comedic mystery. But could “Glass Onion” possibly return to the world of the preposterously accented Benoit Blanc (Daniel Craig) navigating a crime amidst a new group of upper-crust deplorables and somehow be as good as what came before?

The answer is a resounding “yes.”

“Glass Onion” doesn’t just take what audiences liked the first time around and repeat it. Instead, while the sequel feels of the same cloth as “Knives Out,” especially with the anchor of Craig’s hilarious turn as the central sleuth, it has a wholly different narrative and cast of characters. Johnson finds a way to create characters that are well-worn mystery archetypes but update them to feel culturally relevant without being immediately dated. The closest temporal problem with “Glass Onion” is that it takes place during the COVID pandemic of 2020. Seeing all those precautions and lockdowns is certainly a trip to the clichés we all experienced, but that makes it a period piece of a specific time and place, which isn’t a bad thing. With the cast firing on all cylinders, Johnson has crafted such an intriguing plot full of hysterical sequences that audiences will never once feel the 139-minute runtime. This is a world in which you want to hang out so that you can experience the thrill of the puzzle-solving along with the glee sprung from these terrifically rendered characters.

Eccentric tech billionaire Miles Bron (Edward Norton) has invited close friends to his private Greek island for a weekend getaway/murder mystery party. On hand is model-turned-sweatpants tycoon Birdie Jay (Kate Hudson) and her beleaguered assistant, Peg (Jessica Henwick); men’s rights activist/YouTube star Duke Cody (Dave Bautista) and his girlfriend, Whiskey (Madelyn Cline); Lionel Touissant (Leslie Odom Jr.), the brilliant scientist who works for Miles; and Claire Debella (Kathryn Hahn), the Connecticut governor who’s running for a Senate seat. Even though he’s an outsider to the group, famed detective Blanc is not the odd one out. That honor goes to Andi (Janelle Monáe), the co-founder of Miles’ empire who was pushed out by Miles after all their friends testified against her. As the game begins, it becomes obvious that something larger is afoot, as old secrets lead to renewed grudges and more than one murder that needs solving.

Before diving into the most obvious standout elements of “Glass Onion,” it’s worth mentioning three members of the crew who did stellar work that may otherwise go unsung. Cinematographer Steve Yedlin takes the film’s breezy tropic locale and infuses it with the façade of wealth that tech bros seem to exude in their aesthetic and attitudes. It’s all impossibly ostentatious, yet Yedlin captures numerous artful shots that can be easily lost amidst the uproarious laughter, perfectly displaying the power dynamic at work and establishing the world in which the audience (and Blanc) have suddenly found themselves. The propulsive mystery is fueled not just by the whip-smart script and ebullient acting but also by Nathan Johnson’s jaunty score, which makes for an exciting counterpart that accentuates the comedy and the thrill of the hunt. It’s playful except when it needs to make the stakes graver — perfect for this type of fun tale of murder. And finally, costume designer Jenny Eagan has assembled an amazing wardrobe for these characters. These are beautifully made outfits that reflect their wearers in visually stunning yet subtle ways that transmit information about the world of “Glass Onion” and the people within it without ever having to speak a word.

These pieces help fill in the larger, impressive puzzle that Johnson has assembled. One of the best working directors today, Johnson proves his giddiness for the genre by mixing in elements of past heralded works like “The Last of Shelia,” “Death on the Nile” and “Clue,” though he merely uses them to inform his writing and never to crib from lazily. The denouement of the movie may be guessed by attentive viewers, but the way that Blanc arrives at the solution is not only impossible to ascertain ahead of time — it’s hard to imagine just how deliriously funny his revelatory monologue will be. It’s basically the “donut inside another donut” speech from “Knives Out” cranked way up with perfectly written Southern hokum linguistic gymnastics delivered by Craig, who’s incandescent in his role.

Of course, a great detective is only half of what makes for a good mystery, as the entertaining whodunnit rises and falls by the strengths of its victims/suspects. Every member of the cast gets multiple moments to shine with real heart and genuinely funny scenes. The chemistry among the group, and the way that Blanc bounces off each of them, is sublimely constructed and feels real, even as the events are more than a bit heightened. Craig is absolutely the star, but this cadre of actors offers up exceedingly entertaining performances that are memorable and big without ever becoming cartoonishly broad. Hudson probably garners the most laughs of the supporting troupe, but Monáe’s turn is dynamic, allowing for real humor and depth, often within the same scene.

It seems like there’s not a lot of joy in the world these days. Large forces conspire to make for depressing conditions that people must trudge through just to make it to the end of another day. These slivers of delight act as beacons that provide a respite from the crushing realities that we all face and loathe. With its characters and COVID backdrop, “Glass Onion” is not divorced from our world or the people that populate it, but the humor and energy turn it into an escape. The fact that Johnson was able to follow up his crackerjack whodunnit with another that is equally fantastic is a testament to a filmmaker working at the height of his powers. Audiences can enjoy the fruits of that labor with this exquisitely made comedic mystery that doesn’t solve everything but certainly helps a whole lot.