Trending
You are at:Home»Entertainment»Movies»Movie Review: “Devotion” 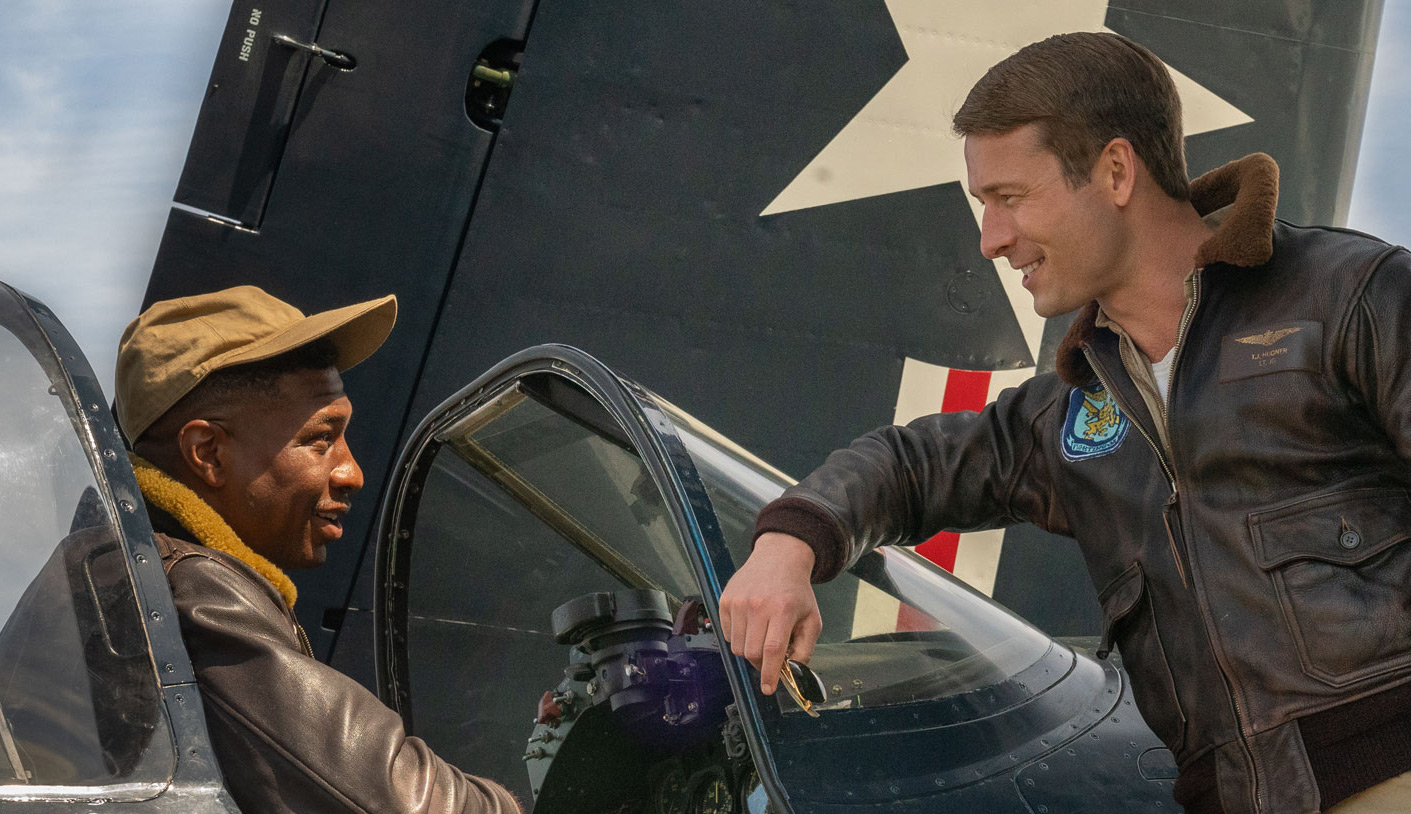 Life is endlessly complicated and often disappointing, which makes adapting true stories such a difficult venture. There isn’t as much setup and payoff in our actual world as there is in the structure of films. People are rarely that articulate, witty and/or profound when speaking in the moment, and the relationships between folks tend to be slightly more nuanced than streamlined friendships and romances. “Devotion” attempts to challenge these notions by utilizing more complex characters in its account of real events. Unfortunately, the rest of the story is still crafted like classic Hollywood tales, which makes this a film that is at odds with itself.

Ensign Jesse Brown (Jonathan Majors) is the first Black aviator in the United States Navy to complete its basic flight training program. It’s 1949, and the nation is currently in between conflicts, so Brown is stationed in Quonset Point, Rhode Island, doing regular maneuvers and practice. He is soon joined by a new wingman fresh from the Air Force Academy, Tom Hudner (Glen Powell), and the pair begin training on the latest planes. Brown stays apart from the others in his squadron, preferring the company of his wife, Daisy (Christina Jackson), but when the Korean War breaks out, the crew finds themselves plunged into the thick of battle.

Most biopics/historical dramas can’t help but make their subjects slightly simpler. It’s not the design to make them more basic, but it’s harder for audiences to understand real people due to their contradictions and complexities. One of the best things about “Devotion” is that it embraces the complicated mindset of Jesse Brown. Director J.D. Dillard and writers Jake Crane and Jonathan Stewart, along with the phenomenal performance of Majors, don’t let Brown simply be some sort of martyr-like trailblazer. Brown doesn’t want to be seen as special, but he also doesn’t want his hardships or realities to be ignored. He has faced horrific treatment throughout his life (including from officers and instructors within the Navy), and too few people are aware of that. But he also isn’t interested in being a pioneer or singled out simply based on his race. This makes for a main character that is trying to navigate his own feelings, which are not as simple as it would be in most other stories. This complexity extends to Hudner, the white lieutenant who is trying to be the best friend that he can be for Brown. Hudner is trying to understand a situation that he can never truly comprehend but seeks to respect the wishes of Brown to simply be a great wingman.

Unfortunately, this nuanced approach isn’t extended to the rest of the story. Again, it’s hard to encapsulate a life (or many lives, in the case of “Devotion”) because our realities don’t conform to most narrative structures. The biographical/historical movies that approach their subjects this way are always awkward, and the overdramatization robs the real significance of these human moments. It’s possible that the tale of Brown, Hudner and the rest is 100% represented on screen, but it feels manipulated into familiar story beats.

This is compounded by the fact that the moments of (naval) triumph are never as big as they should be given the film’s adherence to the usual fare. It sounds like a “what bad food, and such small portions too!” complaint, but one of the strengths of the biopic formula are the big set pieces and “important” sequences that are still rousing despite the obvious manipulation. Those exciting parts are still included in “Devotion,” but they are played in far more muted capacities than normal. It’s all the weaknesses of the usual formula with none of its strengths.

This makes “Devotion” increasingly frustrating because there’s a lot of good in it. The acting is mostly great, at least with the three leads, and Thomas Sadoski also shines as the world-weary Lieutenant Commander in charge of the squadron. DP Erik Messerschmidt delivers some exceptional shots and deserves special commendation for the cinematography of the aerial and dogfight segments. It’s unfortunate that this movie came out the same year as “Top Gun: Maverick” and will be overshadowed by that film’s technical accomplishments because in any other year the camerawork of “Devotion” would have people buzzing. The blend of CG, familiar compositions from old war movies and practical in-camera placement on planes is very impressive. Dillard orchestrates the chaos of war brilliantly, with the intensity of bullets and confusion of enemy locations plaguing the characters.

“Devotion” does a lot right, but the feeling of formula plagues its every move. Having complicated characters bump up against these rigid structures makes for a muddled film. It feels like it’s constantly moving one step forward and then one step back. The excellent depiction of the battles is undercut by the lack of real investment in most characters; the complexity of these roles is robbed by the story beats that audiences have come to expect; and the grim realities that “Devotion” depicts get washed out by too many obvious and cheesy moments that feel like boxes being checked off. Dillard is a rising talent in filmmaking (please check out “Sweetheart” on Netflix, it’s phenomenal), and this is a story worth telling — it’s just a shame that it’s being told in this way.