Trending
You are at:Home»Entertainment»Movies»Movie Review: “Bones and All” 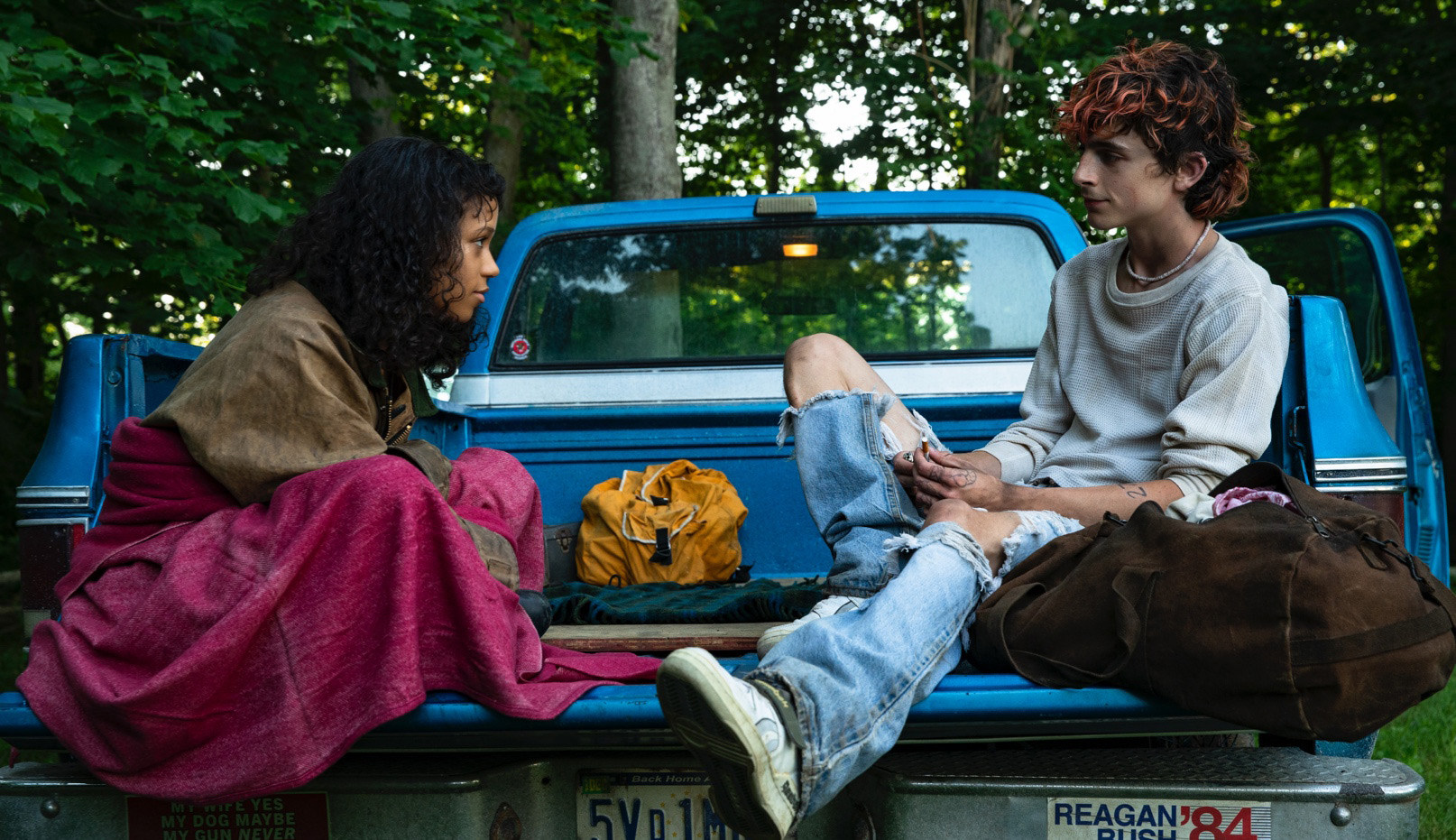 For as long as it has existed as a genre, horror has made its hay in part by dabbling heavily in social commentary. The thrills, the chills, the violence and the jump scares provide plenty of the fun and catharsis that brings people to the theater, but the most indelible examples of the art form use these tropes to tell stories about both the everyday and existential struggles that we all deal with. Racial animus at the root of “The Night of the Living Dead”; the Japanese fear of nuclear fallout manifesting itself as “Godzilla”; or the recent remake of “The Invisible Man,” which takes on gaslighting in the internet age, all seek to enlighten and challenge the audience at their most vulnerable.

Italian director Luca Guadagnino didn’t start out in the horror game, having built his name predominantly on the back of “Call Me By Your Name,” but he cashed in his cache from that film with a remake of Dario Argento’s legendary “Suspiria,” spinning the tale into a two-and-a-half-hour odyssey that featured his oft-used muse Tilda Swinton in three roles. For someone who had toiled in relative obscurity up to that point, the choice seemed a bit risky. And indeed, “Suspiria” failed to move the needle. So, what’s a guy like Guadagnino to do? Go back to the well, it seems, by making another romance with Timotheé Chalamet and pairing him with another rising star, Taylor Russell, in “Bones and All.”

Seems like a perfect opportunity to regain some of the fame that “Suspiria” seemed to lose, right? Well, things are a bit more complicated than that. “Bones and All” opens on Maren (Russell), a high schooler struggling to fit in and make friends under the thumb of her overbearing father (André Holland). It doesn’t take long to find out why she is so forcefully sheltered, as she sneaks out of her overly secured bedroom to attend a sleepover that turns bloody when she inexplicably takes a bite out of the finger of one of her would-be new friends. Upon returning to their trailer with Maren’s shirt and mouth covered in blood, we discover that this definitely isn’t the first time she has gotten a bit too close and personal with the flesh of another person. And try as he might to protect and control her, her father just can’t put up with it anymore. Thus, Maren is left to her own devices with a little money, a lot of questions and a birth certificate with an address that represents the only lead to finding her absentee mother and potentially getting some answers about her condition. Along the way, a host of colorful characters (Mark Rylance and Michael Stuhlbarg, chief among them) gives her more insight into the cannibalistic hunger growing inside her, but it’s a mysterious and alluring drifter named Leo (Chalamet) who seems destined to change the course of her life.

Clearly, Guadagnino has not entirely left behind his burgeoning love of horror, but “Bones and All” seeks to synthesize the daring young love of “Call Me By Your Name” with the body horror gore of “Suspiria” into something that could appeal to fans of each while hopefully not scaring off the squeamish. Granted, “Bones and All” is on balance more romantic than ravenous, but it very much does not shy away from the cannibalistic acts that it shows. The inclusion of these cannibals, referred to as “Eaters” within the parlance of the film’s world, points to a number of thematic allegories, ranging from emerging queer impulses to stranger danger to the uncanny feeling of being alone in a world full of people. Some could claim that such extreme transgressions would serve to obfuscate the themes more than reinforce them, and for some in the audience, that very well may be true, but Guadagnino approaches his art with a sure hand, ensuring that there is more to “Bones and All” than pure shock and awe.

Russell, who won the Mastroianni award at Venice for her work in the film, has a lot of heavy lifting to do, acting as the audience surrogate due to her lack of understanding as to why she has a desire for human flesh and what it means to be a secret cannibal in the modern world. She walks empty highways and rides buses while constantly listening to a tape recorded by her father describing her attacks throughout her life, looking for any pattern or understanding that she can find. That sense of fear intermingled with a desire bubbling below the surface makes her an enticing lead and so well matched with Chalamet, her moody beau who shows her the ropes as an Eater and helps try to find her mother. He features heavily in the marketing as a co-lead, but he is very much secondary to Maren’s journey. It’s Russell’s film entirely, and she does not waste her opportunity.

What makes “Bones and All” so successful, in part, is how fearless it is in embracing the gallows humor that can be found in such extreme circumstances. Maren is a sullen and sad lead, but both Rylance and Stuhlbarg are so outsized in their portrayals of elder statesmen of the hidden Eater society that you can’t help but laugh at the absurdity of it all. Rylance especially is operating as if he is some kind of alien that just arrived and watched humans for all of ten seconds to determine their mannerisms — his extreme loneliness curdled into some kind of borderline personality disorder tinged with an unpredictable menace. It takes a while to understand just what the hell he is doing, but once you find it, his scenes are charged in a way that makes you sit up and take notice. The world-building is handled with care, slowly providing the rules and regulations of this society of disparate lost souls, which serves as a backdrop for Maren’s journey to find life, love and understanding. I’m not sure it reaches the ecstatic joys of young love in “Call Me By Your Name” or the phantasmagoria of “Suspiria,” but those were each among my favorite films released in their given years, so Guadagnino did not make things easy on himself. Still, in offering a coming-out party for Taylor Russell and an engaging world to experience for a few hours, “Bones and All” is an unreserved achievement.