Trending
You are at:Home»Entertainment»Movies»Movie Review: “The Menu” 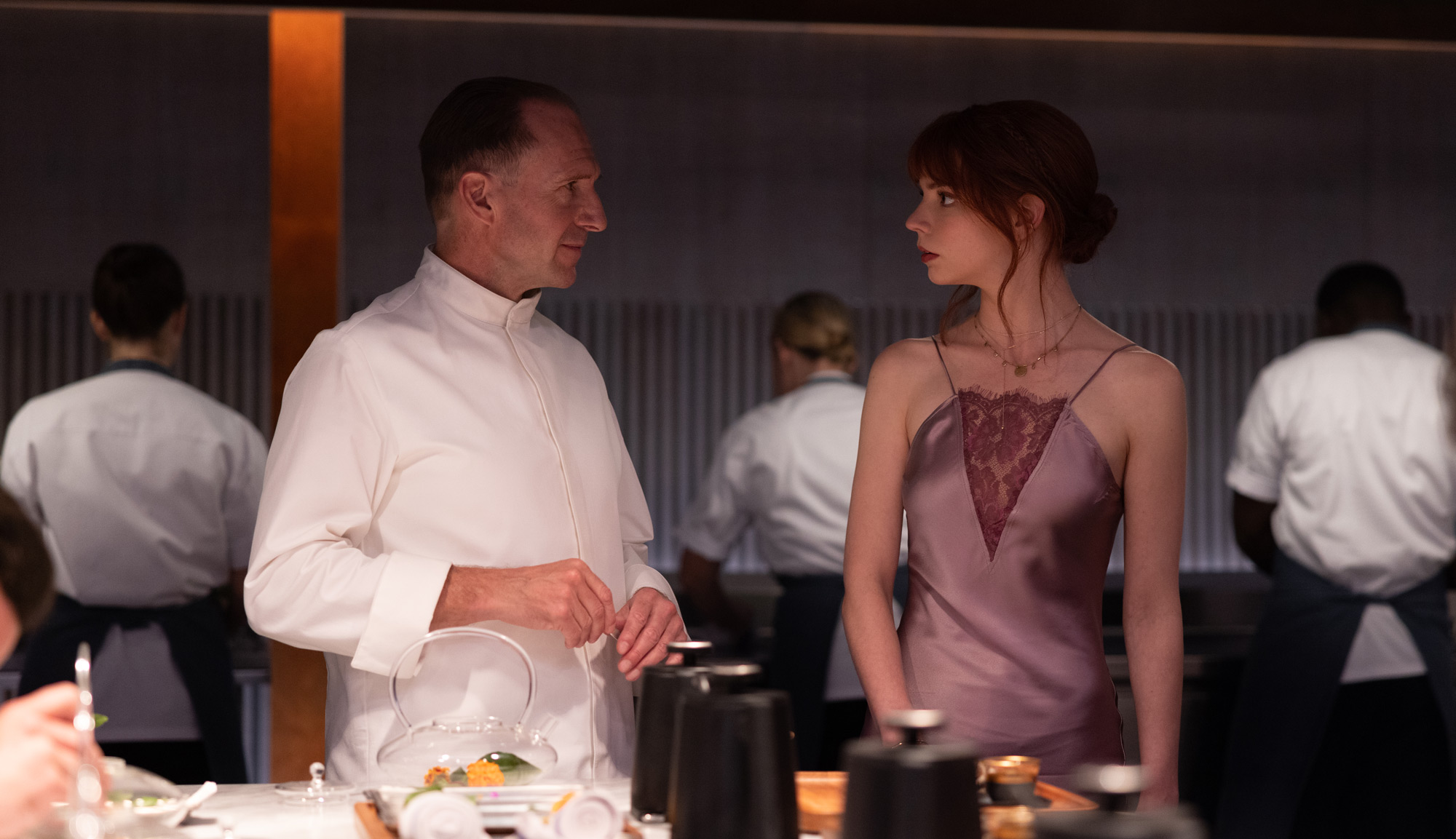 “The Menu” manages to do so many things so well that it borders on suspicious. It’s hilarious without ever undercutting the weight of the story or the humanity of its characters. The subjects on which it’s commenting feels immediate yet timeless (which is probably a condemnation of our society more than anything else). It is beautifully shot but alternates between styles of cinematography, all without ever seeming discordant. And the dialogue is meticulously crafted while still feeling natural, helping sell that aforementioned comedy and pathos, and is delivered by some great actors working at the peak of their talents. In other words, director Mark Mylod (in collaboration with writers Seth Reiss and Will Tracy) has crafted one of the best films of the year.

On a remote island sits the highly exclusive restaurant Hawthorne, which is overseen by Chef Julian Slowik (Ralph Fiennes), a brilliant master of culinary arts who inspires fanaticism in his staff to an unnerving degree. Tyler (Nicholas Hoult) and Margot (Anya Taylor-Joy) are going to eat at the very expensive establishment, along with a bevy of other rich folks who seemingly want to do it just to brag that they could afford it. Once the group arrives, it’s soon discovered that Slowik has a very specific night intended for his guests — a group of elites that he finds guilty of a myriad of transgressions. As such, he will use the dinner service to unleash his judgment and his fury.

Fiennes is having the time of his life as Slowik, turning in a performance that relishes every syllable of every venomous line without seeming like a caricature. He is the tortured artiste who must put up with sycophants and dilettantes. He watches his artistry literally be consumed by these people but without the veritable passion he so desperately desires. Slowik is the craftsman who doesn’t only want people to enjoy his work but to enjoy it the “right” way and for the “right” reasons. Meanwhile, Taylor-Joy’s Margot is a perfect audience surrogate who doesn’t understand the pretentious world into which Tyler has dragged her and has the verbal barbs that we all wish we could dispense with as much wit and rapidity. Supporting turns by Hong Chau, John Leguizamo, Aimee Carrero, Paul Adelstein and Janet McTeer (among others) all arrive as fully formed characters despite mostly reacting to the escalating insanity of the evening.

One of the best aspects of “The Menu” is the sterile yet lush cinematography of Peter Deming. Reflecting the sparse aesthetic of Slowik and his disciples, many of the sequences are of a monochromatic color scheme that suggests the absolutist vision at work in the evening’s events. This is offset by the gorgeous food that is perfectly made and wonderfully detailed in frighteningly funny ways. The creations were brought to life beautifully by world-renowned chef Dominique Crenn, and their presentation and photography were overseen by cinematographer Chloe Weaver, who does a lot of such work for “Chef’s Table.”

This is an immaculately sculpted film that always has just a bit of chaos underneath it and at the edges of its imagery, in synch with the madness of Slowik and his staff, which intensifies with each new sequence. This only adds to the other side of the film — the horror element that works with genius precision with the dark comedy to produce some impactful and intense moments all while seeming to worsen with each passing minute. But that’s part of the promise of the magic trick that Mylod and company are performing for the audience: You know it won’t end well, but what are the steps we take together to get to that grand reveal?

If there is one criticism, and it’s a faint one, it’s that the film’s social/economic/political commentary isn’t anything new. It’s occasionally convoluted in what Slowik is actually railing against, but that speaks to the character’s own erratic and eccentric nature. Even someone as controlled as he can’t totally focus his rage on the many indignities culminating in our present situation. There is a sense of posturing having beautiful rich people making a movie that mocks the elite, but the particular way that “The Menu” metes out punishment for these “crimes,” along with the hilarious dialogue in which they are described and condemned, makes up for any lack of real bite (no pun intended).

Shot beautifully, scripted perfectly and acted wonderfully, “The Menu” is a dark comedy/horror in the tradition of 1995’s “The Last Supper” that uses a clever setup to explore real characters in an unreal situation. Its pithy lines are infinitely quotable and delivered by the talented cast in the most deliciously hilarious ways, but it doesn’t sacrifice the power cultivated by making characters whose lives we care about and whose fates we are enthralled by. There are so many moments that are exciting to witness and that I wish to recount giddily with others. So, the best remedy for this is to seek out “The Menu” as soon as possible and marvel at what Mylod and company have accomplished with this sublime film.