Trending
You are at:Home»Entertainment»Movies»Movie Review: “Spirited” 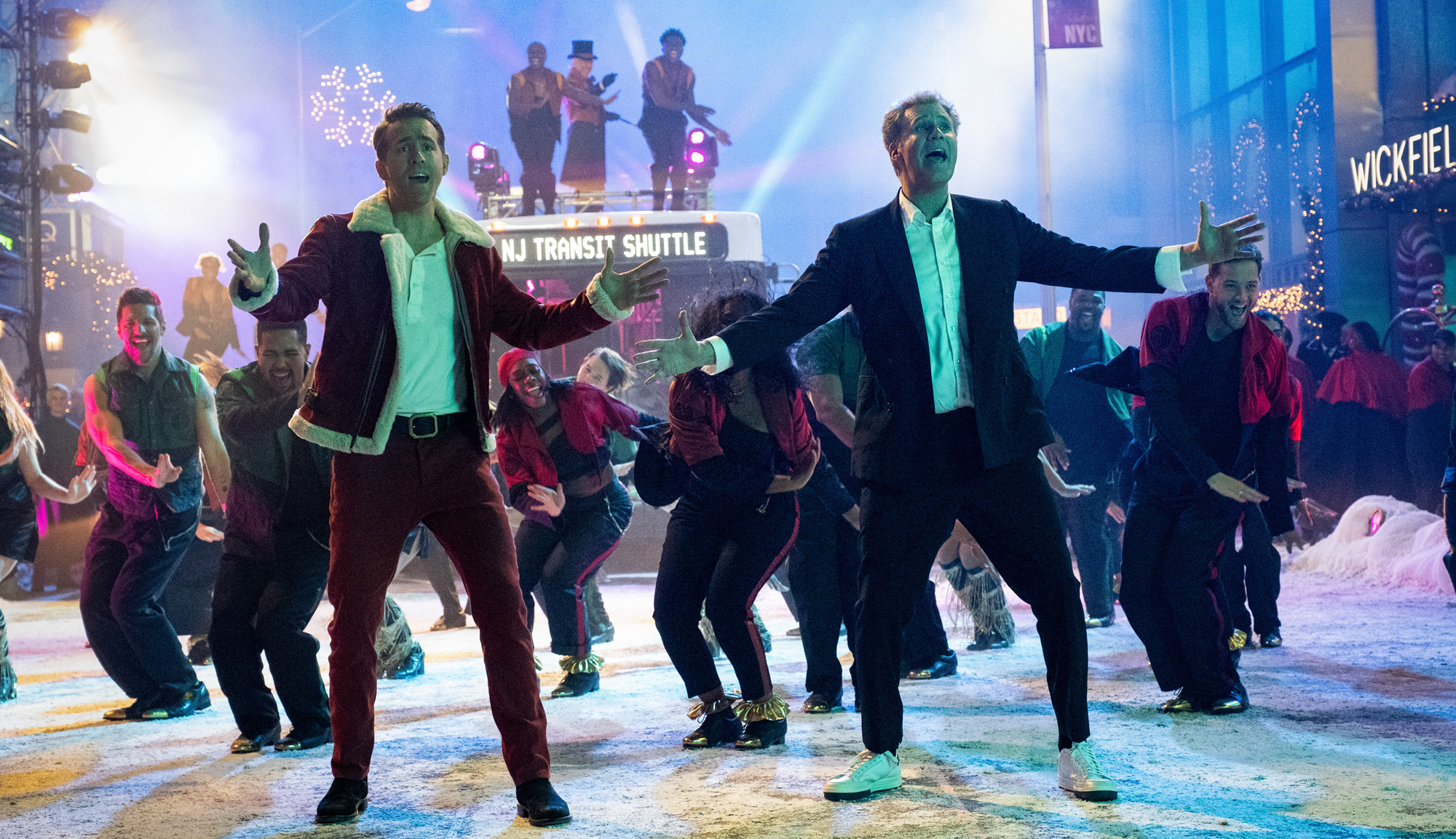 Apparently, it’s already holiday movie season. The opening salvo of assaults by Lifetime movies featuring women from the big city falling for simple men from small towns is already underway, which means that more respectable studio fare is not far behind. Case in point, “Spirited” from director Sean Anders (who co-wrote with John Morris) is a retelling of “A Christmas Carol” that’s set in modern times but with a twist: The Ghost of Christmas Present is now more of a character pursuing his own arc (alongside the curmudgeonly Scrooge figure).

It’s a musical comedy starring Will Ferrell and Ryan Reynolds, with excellent supporting performances by Octavia Spencer, Sunita Mani and Tracy Morgan. And it’s… all right. At two hours long, the film feels bloated and unnecessarily draws out a few story beats, but there are plenty of genuinely funny moments and a handful of impressive musical numbers. It probably won’t join many people’s holiday-watching traditions alongside “National Lampoon’s Christmas Vacation” or “Elf,” but it’s an okay Christmas diversion with some nice surprises.

There’s lots of meta-comedy in “Spirited,” with that self-awareness helping to sell the musical aspects and allowing for some good humor. While it works some of the time, it often feels like there’s too much winking going on. It reads less like comedy and more like an attempt to let the movie have it both ways — seeming aloof and too cool for school but still going through the emotional motions to tug on heartstrings. The cast is strong, including the overly enthusiastic chorus of background dancers and singers, with many small parts (and mildly distracting cameos) able to land a solid joke before “Spirited” moves on to the next Christmas-infused set piece. The chemistry between Reynolds and Ferrell is key to this endeavor, as they are together onscreen for most of the film. Luckily, they are both able to excel at their own brands of comedy (Reynolds’ snark and Ferrell’s dimwitted absurdity), which turn out to mesh well when their powers combine.

But not enough praise can be heaped upon choreographer Chloe Arnold for the spectacle that feels like true old Hollywood pageantry with increased speed and complexity; it’s a large band of people dancing, and it is genuinely thrilling to watch the dances performed so well, even if Kramer Morgenthau’s cinematography isn’t as dazzling.

The songs by Benj Pasek and Justin Paul (the duo behind the music for “La La Land” and “The Greatest Showman”) are a real mixed bag. Spencer crushes the ballad “The View From Here,” which has a real Howard Ashman feel completely devoid of cynicism (even though it’s ironically about becoming cynical); “Good Afternoon” has the same energy as Trey Parker’s hilariously profane “Uncle Fucka,” albeit scaled way back to family-friendly levels; and “That Christmas Morning Feelin’” is a strong opening and closing number that carries the triumphant holiday spirit vibes of many a Rankin & Bass Christmas special with its fine tightrope act of being overly cheery without becoming too saccharine. Unfortunately, the rest of the songs (about eight more in total) are unmemorable, mostly because they all feel like variations of each other in both sound and content.

“Spirited” is not an instant classic, but it isn’t another holiday abomination, either. It’s a perfectly fine way to spend a few hours for those looking for an adequate musical and/or Christmas movie. Charming leads working from a script that throws a few weird and unexpected bits into the mix helps it go a long way, but the narrative remains obvious and more than a few songs sound alike. Though the world doesn’t really need another iteration of “A Christmas Carol,” Anders and company find just enough interesting elements to keep your attention and make for a fun time. And isn’t that how so many Christmas gifts tend to go? Fun for a while but ultimately disposable.