Trending
You are at:Home»Vices»Roberto De Zerbi is finally making things tick at Brighton this season 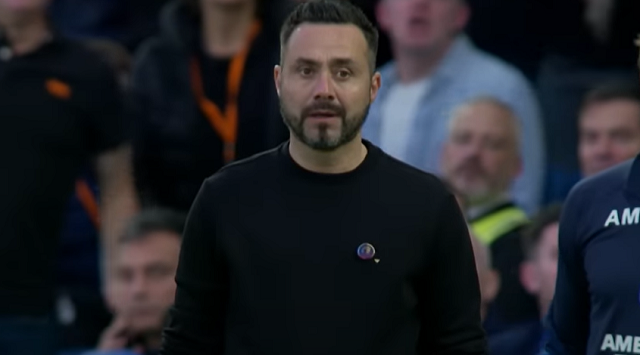 As we head into the World Cup-enforced winter break in the Premier League, the table looks to finally be taking shape. Reigning champions Manchester City appear to be frontrunners alongside Mikel Arleta’s Arsenal, with the two sides pulling ahead from the chasing back after some inconsistency from both Tottenham Hotspur and Chelsea, with the Blues, in particular, struggling to find their feet in the Todd Boehly era.

Thomas Tuchel’s dismissal was harsh, especially given how much money was invested at Stamford Bridge over the summer, only further serving to add pressure on new manager Graham Potter. Initially tipped for the England job after the Qatar World Cup, Potter instead left his role at Brighton in exchange for Chelsea, despite starting so promisingly at the Amex Stadium this season, with those that bet on the English Premier League tipping them as outsiders for Europe.

Indeed, the Seagulls were flying before Potter’s departure and on the cusp of Champions League football, albeit at an early stage of the season. However, new boss Roberto De Zerbi has proved to be another stroke of genius in the Brighton recruiting department. The Italian masterminded a draw at Anfield earlier in October and celebrated his first league win at Potter’s expense, drubbing Chelsea 4-1.

“I’m very happy for the players, for the club, for the people who work in our team and for these great fans because they were the best player on the pitch,” De Zerbi said. “They have been behind us a lot.

“The first 20 to 25 minutes, we were fantastic in terms our activity without the ball, with the ball we played my way and their way. We have our style and the first 25 minutes were really fantastic.”
Brighton can still make an audacious play for European football should they remain consistent and that is down to the talent in their squad. While the sudden retirement of Enock Mwepu was emotional and a real setback for De Zerbi, he still has some fantastic players at his disposal.

Having lost Yves Bissouma many felt the architecture of the squad would begin to cave. Adam Lallana and Kaoru Mitoma hardly looked like the best understudies yet — the former Southampton captain and Japanese international have respectively played their part this season, with Lallana using his experience to control the pace of games and Mitoma an exciting edition, often coming from the bench to run at tired legs and wreak havoc.

Defensively, they’ve been just as strong. Adam Webster and Lewis Dunk have justified a call-up to the England squad should Gareth Southgate select them, and alongside Robert Sánchez the Brighton back four has shipped just 15 goals at the time of writing.

Leandro Trossard is quickly becoming the jewel of the side. He opened the scoring for the Seagulls and looks inspired since his new manager’s appointment. The Belgian bagged a hat-trick at Anfield and clearly holds his new boss in high regard, heaping on the praise for De Zebri on multiple occasions.

“He’s much more present,” he said. “He’s more active in a certain way, he’s always there, always shouting, not in a bad way, but you just notice his presence. He’s so passionate about football. He’s trying to get to know us, as well as what we’re about on the pitch. It’s different to before.”

Only time will tell how much Brighton can achieve this season. The World Cup break provides an opportunity to rest their legs and recharge their batteries, with the second half of the campaign make or break if they are to secure a spot in the top seven and ultimately, UEFA Conference League or Europa League football.