Trending
You are at:Home»Vices»El Classico result and Champions League struggles mean Barcelona still have work to do 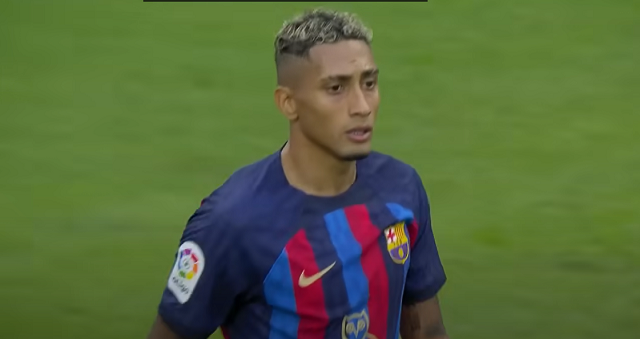 It’s been a strange few years for Barcelona. The club’s financial struggles, the departure of Lionel Messi, and the team’s inconsistency both domestically and in Europe have led to many describing the Spanish giants as a crisis club.

However, ahead of the 2022-23 season, many were expecting Barcelona to give a much better account of themselves. Xavi had come in and had steadied the ship as far as on-pitch performances were concerned, and the club had spent big in the summer transfer window to bring in fresh faces.

While Barcelona’s league form has been pretty impressive, their recent 3-1 defeat to Real Madrid in El Clasico was a real setback. Both sides were unbeaten going into the clash at the Santiago Bernabéu, but it was defending champions Real who demonstrated their title credentials once again, leaving Barcelona to lick their wounds.

The club’s form in the Champions League has been more alarming though. Drawn in a tough group containing Bayern Munich, Inter Milan and Viktoria Plzen, Xavi’s side have found life difficult in Europe’s premier club competition, and are staring down the barrel of a group-stage exit for the second successive season.

Despite a promising 5-1 win over Plzen to kick things off, Barcelona have stuttered since. A 2-0 defeat to Bayern was followed by a disappointing 1-0 loss against Inter at the San Siro. Xavi’s men were lucky not to be eliminated in matchday four, salvaging a 3-3 home draw against the Italians, but their fate looks sealed with Inter unlikely to drop points in their home tie against Plzen.

Yes, there have been improvements this season, but there is still an inescapable sense that Barcelona have a long way to go to re-establish themselves as a force to be reckoned with in Spanish and European football.

The form of Robert Lewandowski since arriving from Bayern during the summer has been a real positive, as has the continued development of young players like Pedri, Gavi and Ansu Fati. Barcelona have an interesting blend of youth and experience in their squad, and for that reason you’d expect them to challenge Real Madrid more closely for the La Liga title, having been favourites to do so with football odds today.

In El Clasico, Real Madrid were a cut above Barcelona for large parts of the game, and that gap will need to be closed if the Catalans are to get their hands on the La Liga trophy once again.

As far as their European toils are concerned, perhaps another Europa League campaign would not be worst thing in the world for this squad. It would be a chance to get their hands on silverware more easily, and there’s no doubt that Xavi and co. will have learned from the team’s chastening exit to Eintracht Frankfurt at the quarter-final stage of last season’s competition.

The key thing to remember is that Barcelona’s revival will not happen overnight. Financial uncertainty still hangs heavy over the club, and it will take time for things to smooth out. Only then will this European giant be a true heavyweight in football once again.