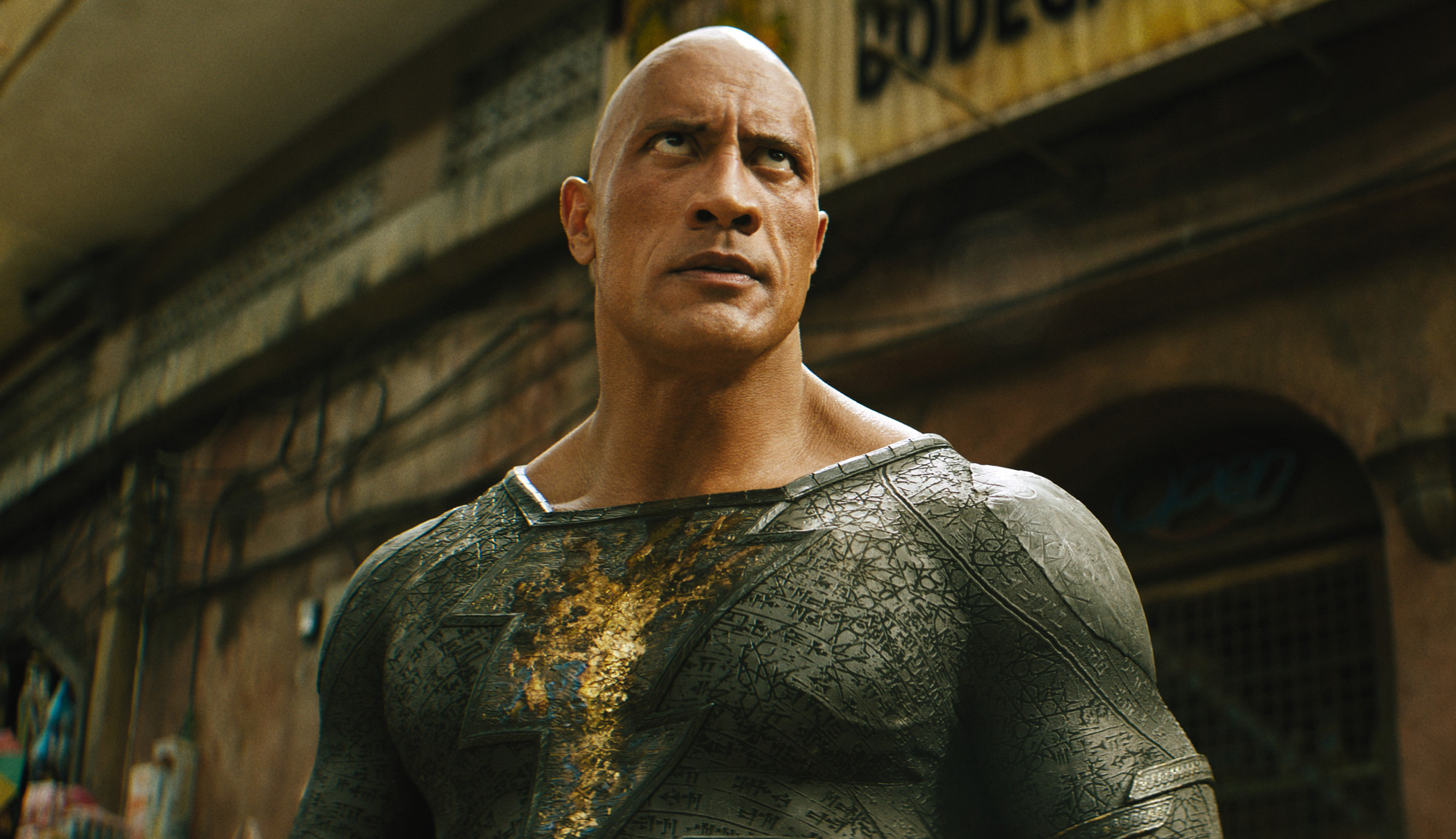 When did superhero movies get so boring? Having crazy aerial fights between a bird-person and a would-be god should be exciting, shouldn’t it? There should be some feeling of spectacle in seismic explosions, an army of the undead marching forward or even just some person growing giant before our eyes. Instead, at least in “Black Adam,” it all just feels rote. The reasoning for the disconnect, of course, is emotion; great filmmakers and scripts find ways to make the smallest action resonate in the biggest ways, while inferior projects turn what should be awe-inspiring into ineffectual tedium. To be fair, “Black Adam” isn’t awful, but it’s clearly a lesser version of what could have been an entertaining film. Most of the choices are obvious and uninteresting, without any connection to larger themes, rendering it a whole lot of broad noise instead of well-played notes.

Seemingly resurrected after centuries away, Adam (Dwayne Johnson) finds himself in modern-day Kahndaq, a middle eastern country that has been under the control of outside groups for most of its history. The most recent occupiers are Intergang, a seemingly infinitely funded group of mercenaries who are attempting to strip-mine all of Kahndaq’s resources, often at the expense of the native people. When archaeologist Adrianna (Sarah Shahi) accidentally frees Adam, she and her son (Bodhi Sabongui) attempt to persuade the rage-fueled superpowered man to liberate their country. Adam is uninterested because he’s an anti-hero who is fast to kill but slow to care, which also puts him in the crosshairs of the Justice Society, a group of superheroes who seek to contain this potential threat. There are a few clashes, some misunderstandings, a Macguffin and a generic villain who unites these issues before it all reaches a fine conclusion, leading into a confused but interesting mid-credits scene.

The teaser isn’t the only confusing thing about “Black Adam.” For instance, why does Hawkman (Aldis Hodge) have a jet? His whole deal is that he can fly. He has wings. So, of all members of this poorly assembled Justice Society, why is he the one with a plane? This sounds incredibly stupid and pedantic but gets to a bigger point, which is that things happen in the movie because they need to and not because they’re built on some larger emotional logic.

Hawkman’s jet also comes into play because the launch sequence is right out of the “X-Men” movies — another example of how it’s all been done before. Nothing in “Black Adam” feels exclusive or from any particular vision, as it’s just been cribbed off other superhero films. There are a couple of standout moments, particularly an early rampage by Adam that showcases some clever staging while director Jaume Collet-Serra figures out a dynamic way to show off the powers of Justice Society member Cyclone (Quintessa Swindell). But when one of the highlights of your film is a two-minute throwaway cameo from Henry Winkler, your movie may have an enthusiasm problem.

At the center of “Black Adam” is Johnson, a normally charismatic performer who also has been pushing for this film for many years. The actor looks the part perfectly and yet is still woefully miscast… or at least not up to the otherwise simple task of being a conflicted hero. While the screenplay (by Adam Sztykiel, Rory Haines and Sohrab Noshirvani) insists that Adam is not a hero but instead operates in a far grayer area, Johnson does nothing to convey this complicated morality. A furrowed brow and lack of smiling do not equal emotional complexity or a darker sense of justice, yet that’s all that is brought to this performance to distinguish it as such. While the Justice Society members (which also includes Pierce Brosnan as Dr. Fate and Noah Centineo as Atom Smasher) are inferior echoes of MCU characters, at least they are characters who are allowed to showcase multiple feelings. Everyone else, Johnson included, are flat and forgettable cogs used to move an overly familiar plot forward.

“Black Adam” is good from a technical standpoint, with much of the CG doing a good job of handling the mediocre tasks put before it. There are some unnecessary and awkward needle drops (none more awkward than a Kanye song leading up to a climactic fight), but a passable score by Lorne Balfe is at least not that intrusive or obnoxious. Additionally, DP Lawrence Sher manages to inject color and propulsion amidst the brown/gray surroundings to add a bit of life to the proceedings. Again, it’s not incredible, but credit where credit is due that it is all done well and the film isn’t further marred by bad sound and visual components.

“Black Adam” misses the mark repeatedly. There is never anything setting up the Justice Society as worthy opponents to Adam, or even as accomplished heroes, which seems to be according to plan to underscore how badass this new character is. The movie insists on itself that you’re watching something cool or fun, but really, it’s all been done before. While it’s certain that the cast and crew worked hard and people believed in the project, “Black Adam” still ends up feeling like a greatest hits of previous superhero movies assembled into an easily digestible but incredibly tedious affair. At no point does it ever feel like this story had to be told, this character had to be brought to cinematic life or that anything of particular note is occurring. It’s all flashing onscreen in a way that suggests you should be enjoying the amazement but lands with an unremarkable thud.