Trending
You are at:Home»Entertainment»Movies»Movie Review: “Amsterdam” 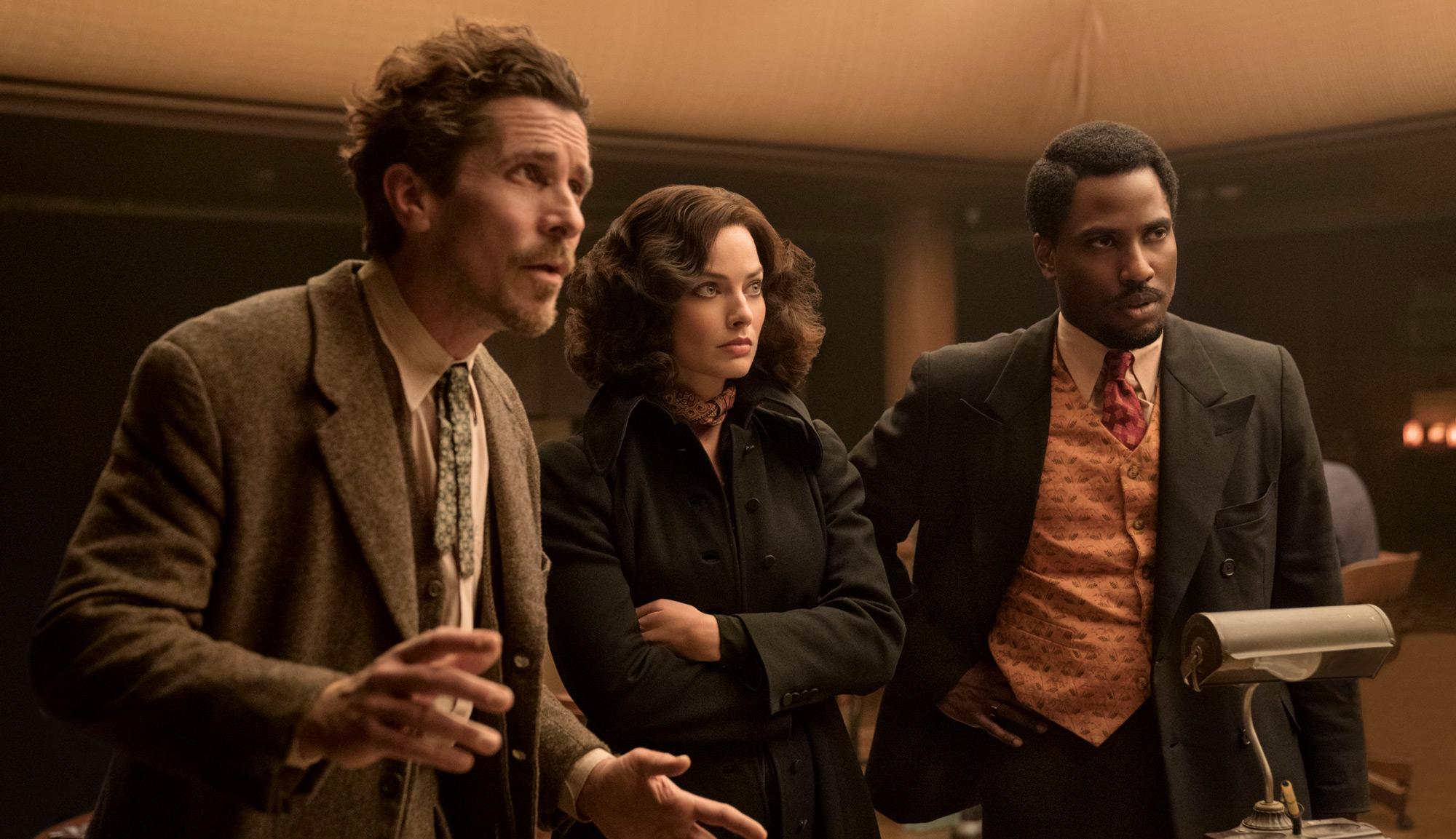 Separate the art from the artist. It’s a refrain that has become more and more relevant to our culture as we seek to reckon with bad people who make good art. The Roman Polanskis, James Francos and Kevin Spaceys of the world leave behind a tarnished legacy after being outed for varying levels of caddishness, making how we view past and potential future projects to which they are attached a contentious and challenging prospect. For David O. Russell, a director who was at the forefront of high-profile Oscar contenders in the first half of the 2010s, the reckoning has come somewhat slowly. His on-set blow-ups with George Clooney (“Three Kings”), Lily Tomlin (“I Heart Huckabees”) and Amy Adams (“American Hustle“) are the stuff of legend, but it’s the 2011 incident where he was accused of groping his transgender niece that points to a more disturbing trend of behavior than just being a controlling director with a short temper and a penchant for shouting. It’s unclear whether these personal troubles had anything to do with the extended professional hiatus he has found himself in since 2015’s profoundly disappointing “Joy,” but he comes back into the spotlight in a world that seems far less likely to put up with his moral failings.

Yet, at first glance, Hollywood doesn’t seem too concerned. His new film “Amsterdam” has the backing of a major studio (Disney by way of 20th Century Studios) and a big cast, including returning collaborators Christian Bale and Robert De Niro, and starlets Margot Robbie, John David Washington, Anya Taylor-Joy, Rami Malek and Taylor Swift. That’s certainly the sort of cast you’d expect from someone whose last five films garnered 26 Oscar nominations, 12 of which were for acting. Bale, Washington and Robbie are the leads, playing two World War I soldiers and the mysterious French nurse who became their friend and confidant after tending to their wounds, respectively. Having returned to New York City in 1933, Bert (Bale) and Harold (Washington) find themselves trying to unravel the mystery of a dead man who was supposed to speak at their veterans’ benefit and a red-faced man (Timothy Olyphant) who follows them everywhere hoping to add them to the increasingly large pile of bodies that point to a deeper conspiracy. With an early October release date that often signals the beginning of awards season, Russell certainly seems poised to reclaim his place in the spotlight. Whether he deserves that place, of course, comes down to where you fall on the divide between art and artist.

“Amsterdam” is not the first time that Russell has made a period piece, but it’s certainly the earliest period he’s tried to tackle. Borrowing heavily from the noir stylings that have become synonymous with the tan trench coats and fedoras of that era, Russell mounts his story as a grand caper, with mysteries, danger and secret societies all swirling around this trio as they come to grips with the fallout of being in the wrong place at the wrong time. What’s most noticeable, though, is how much Russell seems to struggle with making the period feel authentic or even particularly engaging at all. Sure, the costumes are nice, and the set design does its job, but everyone speaks with such a stilted affect that it slows almost every scene to a crawl. That makes for a tough sit when the film purports to be a screwball mystery while delivering none of the charms that a film like that should offer its audience.

As the second lead, Washington remains somewhat of an enigma, as he has something resembling the star power of his father and something glaringly missing all the same. His rather mannered and monotone speech patterns were well-suited to the ultra-serious gobbledygook of Christopher Nolan’s “Tenet” (and I do not mean that in a bad way), but here he seems both a bit lost and about a half step behind his far more animated counterparts in Bale and Robbie, not to mention the rest of the cast. And yet, Washington is not the only aspect of the film that feels like it should fit and doesn’t. The dialogue, designed to be of the parlance of the time, comes off as stilted and disengaged, which tends to make scenes play out a bit slower than it seems they should. This results in a pace that belies its page-turner plot, with twists and revelations seemingly at every turn. A slower pace isn’t necessarily a death sentence for a mystery; it worked for “Zodiac” after all, but everyone feels like they want to be acting in something more akin to “Clue,” and the energy just isn’t there. “Amsterdam” is very much a film that never finds its feet — the sort of movie that would likely be destined for a gaggle of tone-setting reshoots that the likes of Russell certainly wouldn’t lower himself to.

There are aspects of “Amsterdam” that work more than others, especially Anya Taylor-Joy and Rami Malek, who seem to be the only cast members who successfully hit the tone that the story is begging for. Malek easily could have become an incredibly boring leading man coming off his Oscar win for “Bohemian Rhapsody,” but he’s definitely tapping into the abject weirdness of his energy in ways that work quite well both here and in “No Time to Die” last year. And Taylor-Joy, who has become so good at utilizing her almost otherworldly bone structure to create indelible characters on screen, has perhaps the most energy of anyone in the film, often breathing life into a movie that feels so astonishingly inert for having the high-power cast and studio backing that it has.

As the film rumbles toward its conclusion and the revelations it requires come to a head, nothing feels particularly satisfying or exciting in its execution. Sure, the likes of Bale and Robbie can be fun to watch even in the least exciting films, but that doesn’t make a film like “Amsterdam,” as well as its endorsement of a director whose prior actions make his ongoing placement among the Hollywood elite seriously problematic at best, worthy of your time. In a case like this, when the art barely has any redeeming qualities, separating it from an artist like Russell isn’t even a requirement. You can just throw all of it in the bin.