Trending
You are at:Home»Entertainment»TV»TV Review: “Werewolf by Night” 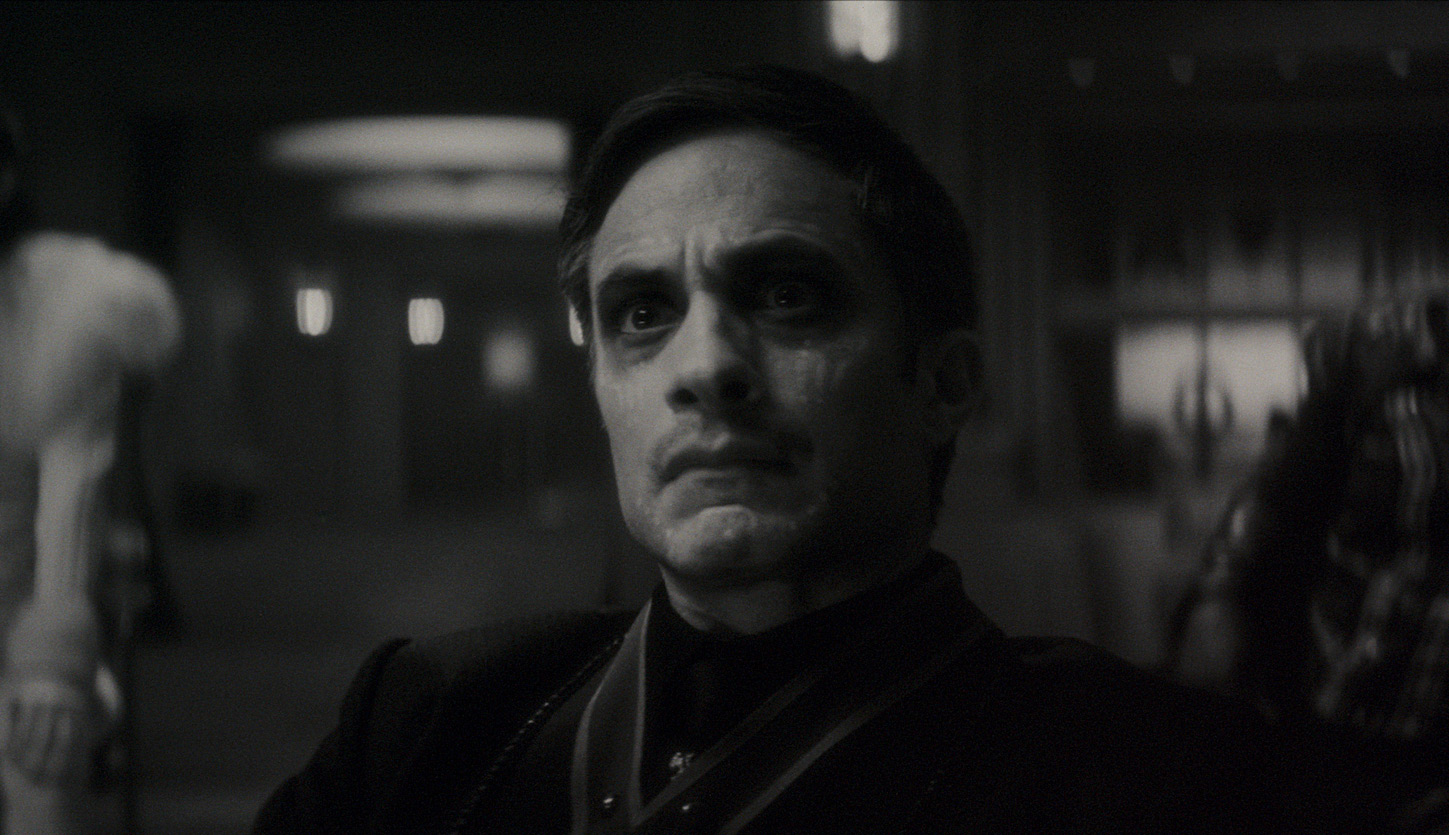 I’m probably a gentler critic of Marvel Cinematic Universe properties than many of my colleagues. I still have my criticisms of the projects themselves — the endeavor and company practices of Marvel and Disney, as well as my reviews of “Moon Knight” and “Thor: Love and Thunder,” amongst others, have shown that — but my soft spot for Marvel is that the comics are a fundamental part of my life. I learned how to improve my reading through Marvel Comics; I learned about different cultures and morality through them; and I had my imagination expanded due to their colorful characters and adventures. From about ages 5 to 13, I loved them dearly, and when I went back to them in my mid-20s, I found even more avenues to explore and from which to learn.

That’s a walk to get to the point that “Werewolf by Night” tickled me in a way that no Marvel film has since “The Avengers.” I’ve enjoyed MCU projects since then (I think “Infinity War” is one of the best blockbusters of all-time and “Ms. Marvel” is a flawed but deeply important show), but nothing in the intervening 10 years has given me quite that giddy kid-in-a-comic-shop feeling as seeing the six heroes circle up together against an otherworldly horde. “Werewolf by Night” is not nearly as epic in scope and is pretty slight in comparison, as it’s self-contained and runs a scant 52 minutes, but it finds ways to not only emulate its source material but do so in a stylish way that frankly has not been seen in the MCU outside of “WandaVision.” Director Michael Giacchino brings a ton of visual flair and inventiveness (along with a surprising amount of carnage) to this MCU special, and the result is a deliriously entertaining throwback to Universal horror and the chiaroscuro of old horror comics.

Upon the death of famed monster hunter Ulysses Bloodstone, there is a gathering of other creature slayers to take up his mantle. This consortium of badasses includes Ulysses’ estranged daughter Elsa (Laura Donnelly) and the mysterious yet formidable man known as Jack (Gael García Bernal). The task laid before them is to track down and kill an elusive and destructive monster let loose upon the grounds, with the winner becoming the new owner of the Bloodstone, a magical amulet that grants strength and powers to whoever possesses it. Of course, all is not as it seems, and soon, the warriors find themselves in an unexpected (and deadly) situation.

Giacchino’s directorial debut, the short film “Monster Challenge,” revealed his playful nature by using action and bombast as a way of delivering jokes while maintaining a stylized world. In that case, it was the absurd realm of a Japanese game show. In the black-and-white shot “Werewolf by Night,” Giacchino uses long shadows to create a gothic sense of the dangerous unknown. “Werewolf by Night” does have some violence for comedic effect, but mostly, it’s a fairly impressive mix of combat and monster action. The script, from Heather Quinn and Peter Cameron, features some fun nods to Marvel Comics lore but is self-contained enough to not require any previous knowledge of certain characters or anything about the MCU. Working with Giacchino, the storytellers have created a world that alternates between fun and spooky, though never that serious and never in a way that feels like tonal whiplash. The spirit of Universal horror and the action-packed comic specials of yesteryear are loudly and proudly in place thanks to the exceptional score (also by Giacchino) and the truly fantastic camerawork of DP Zoë White.

MCU projects have been rightfully criticized for a lack of visual panache, turning in very similar-looking titles that prefer muddled browns and grays to more striking imagery. It is irrefutable that “Werewolf by Night” is the most visually stimulating and unique project that bears the Marvel banner. The two-tone color palette serves so many purposes alongside creating some striking noir-based images that conjure up creepy haunted houses and other bumps in the night. Additionally, it helps cover up some spotty CGI to make it all have a more tactile and engaging feel while also allowing for a surprising amount of bloody violence to transpire without incurring the wrath of parents or the censors. There is a splash of color at the end, but it works well as a transition from the tale of one harrowing night into what the future holds for the surviving characters.

“Werewolf by Night” is all killer and no filler in its 52 minutes of stylized fun. There is some strong action, delightful comedy and impressive character work, all wrapped up in the veneer of a beautifully executed vision. Hopefully, Giacchino will get many more opportunities behind the camera and Marvel will take its cue from this project and allow for more artistic experimentation. The special is a whole mood, as the kids say, and conjures up the giddy excitement that I felt reading terrific superhero/monster comics all those many years ago.