Trending
You are at:Home»Vices»Drink of the Week: The Chicago Fizz 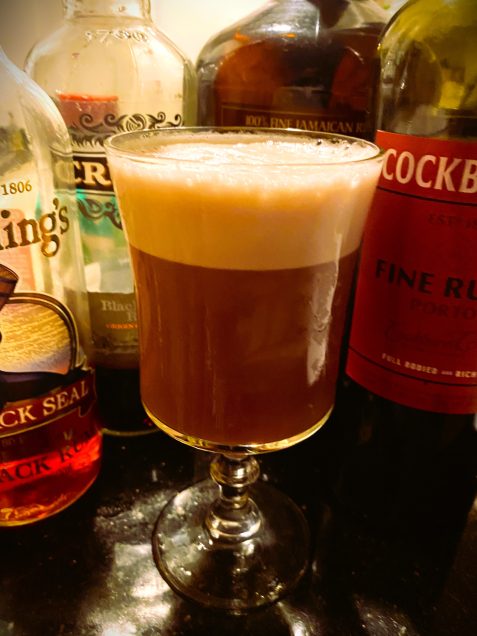 Labor Day Weekend is upon us, it’s obscenely hot here in SoCal, and I haven’t done a single fizz all summer. My shame is immense as there is no better cure for short-term hot weather blahs than delicious refreshment and a mild alcohol buzz accompanied by the only known pleasure-related headache – but with much fewer calories than an ice-cold shake.

Like the Silver Fizz or the Sloe Gin Fizz, most fizzes boil down to spirits, wines, and/or liqueurs of various types and combinations, fresh lemon or lime juice, ice cold soda water, and egg white. Many fizzes are often made without the last ingredient but, in my opinion, they are usually lacking. In any case, a fizz without egg white is really just a member of the Tom Collins family. Collins drinks are great refreshers but they’re not fizzes!

This is actually the second time I’ve covered a Chicago Fizz but the first time I’ve done the Chicago Fizz. It’s not a drink with any real story behind it – it was actually popularized at New York’s Waldorf Astoria – but it doesn’t really need one.

Combine all of the ingredients except the fizzy water in a cocktail shaker. First, shake without ice (dry shake) to emulsify the egg white. Watch out – the albumin in egg whites can cause your shaker to pop off and make a mess. Next, add ice and shake for about as long as you can stand it. Strain into a chilled moderately large glass and top with soda water to taste — the soda must be chilled. Allow some time for a nice big head of foam to top off a reddish-coffee-colored beverage. Prepare for deliciously refreshing pain!

Depending on which recipe you find, the amount of sugar or simple syrup used in a Chicago Fizz can vary from ½ teaspoon of superfine sugar to the equivalent of a tablespoon or more. I think I found the sweet spot with about one to 1½ teaspoons of sugar or the simple syrup equivalent. As always, however, your tastebuds may vary.

I only used one brand of port. Cockburn’s Fine Ruby worked very well. On the other hand, I went to town on various dark rums.

Meyer’s Dark is one of the most widely used spirits, especially in tiki drinks, and it did the job very well here with just a hint of that rummy sweetness we know so well. Some recipes specifically call for super-molasses-flavor-forward black strap rum. I have to say that using Cruzan’s black strap was more interesting than actually good. The apparent consensus, which includes myself and the in-house guinea pig, is that the black strap overpowers the drink. Gosling’s – another ubiquitous dark rum – was actually the mildest spirit I used and made for the lightest and most delightful of my Chicago Fizzes.