Trending
You are at:Home»Entertainment»TV»TV Review: “She-Hulk: Attorney at Law” 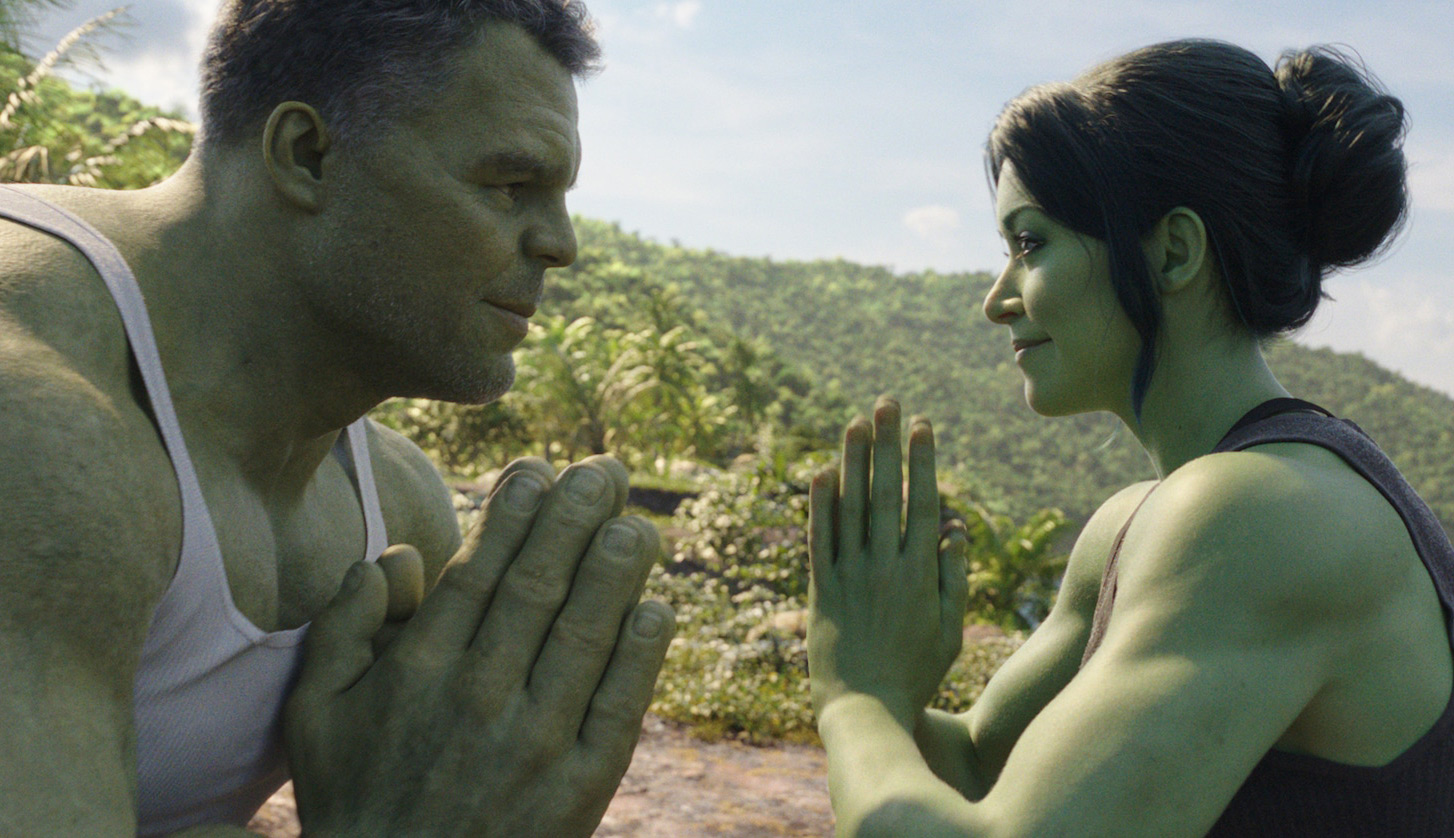 This review is based on the first four episodes of the series as provided by Disney+.

In 2006’s “V for Vendetta,” a character talks about standing at a point and knowing how events will soon unfold based on an intuitive sense of the curvature of history. Similarly, looking at new comic book adaptations, it’s hard not to see what is about to befall the nerd discourse in the wake of Marvel’s latest show. I would love to be proven wrong and be pleasantly surprised by the lack of repetitive talking points and rote tribalism lobbing meaningless buzz words at each other, but regardless of how it all shakes out, there’s no denying that “She-Hulk: Attorney at Law” is a fun, well-made show despite some notable flaws.

Jessica Gao (“Rick and Morty,” “Robot Chicken”) serves as the creator/head writer for “She-Hulk” and does excellent work bringing a nice mix of humanity and humor to the show. The story of Jennifer Walters (Tatiana Maslany) getting some blood from her cousin, Bruce Banner (Mark Ruffalo), and transforming into a Hulk herself, has been around for over 40 years in the comics, but what Gao and directors Kat Coiro and Anu Valia do well is take the best parts of the character’s publication history and meld them into the world of the MCU. The Disney+ series combines the fourth-wall-breaking humor of John Byrne’s 1989 comics, the fanservicey interpersonal stories of Dan Slott’s 2004 run and the focus on legal proceedings of Charles Soule’s 2014 tenure to create a substantial world and a real character… for a half-hour sitcom. And that will likely be the first hurdle for some Marvel viewers.

All the other Disney+ shows, and indeed all other MCU entries, have action as their backbone. Some have draped it in sci-fi or comedy, but there remains the natural dramatic escalation that comes with physical confrontations between protagonists and antagonists. That’s not really present in “She-Hulk.” Make no mistake, there is a physical aspect to this character, and she gets into various scraps — most of the first episode is devoted to an extended training montage as Bruce helps her navigate her new abilities — but people will probably be surprised that this is first and foremost a comedy. Even “Ms. Marvel,” arguably the least action-oriented Disney+ MCU series, had at least one stunt-driven sequence every episode. Folks expecting “Daredevil” but with more banter are going to be disappointed, which is a shame because the banter is excellent!

Maslany has always had charm to spare, and that is on even greater display in this role. Her awkward demeanor clashes with her confidence in her opinions and knowledge (not to mention occasionally colossal frame) to make for a fun push/pull dynamic within a character that is trying to be assertive but is used to being swept aside. Maslany and Ruffalo bounce off each other very well, even in CGI form, and that same loving yet parring chemistry is present with Ginger Gonzaga, who plays Jennifer’s assistant. Ruffalo enters this show with a head start, as he’s been in the role since 2012, but Maslany very quickly establishes Jennifer without veering into overly simplified or insultingly broad territory. There are great jokes that benefit from being familiar with MCU history, but there is also tremendous comedy wrung simply from the characters and their interactions.

And while the comedy is absolutely the most important part of a comedy show, because of the concept (and especially because it’s the MCU), “She-Hulk” must also contend with some element of spectacle — specifically, the CGI parts that render She-Hulk, Hulk and others as characters on the screen. The trailer caused some kerfuffle with some less-than-stellar computer graphics when it hit a few months ago. These mainly came from people ready to pronounce that Marvel is over and from chauvinistic gatekeepers wanting to show why a women-led project is a major misstep. Well, “She-Hulk” proves them mostly wrong, at least to a degree, as the visual effects are inconsistent. CGI tends to only be noticeable when it doesn’t work. It’s probable that most effects in this Disney+ show are totally great because it’s being used to scale out locations, remove unwanted artifacts, change colors, etc. However, the focus will be on the CG characters that have been mo-capped by the actors, and those are basically 50/50, with half of the shots being great and the other half resembling a super impressive version of “The Sims.”

With all the recent news of Marvel’s terrible treatment of VFX houses, it’s obvious that these jobs are being shopped out to multiple companies who are all under impossible duress from Disney, and that is going to hurt quality and consistency. When it’s working, the character comes alive, with She-Hulk’s face perfectly mimicking Maslany’s expressive visage. But in a lot of the wider shots, it’s a bit jarring to see something that would be impressive in a video game but subpar in a filmed work.

The other place where folks will seize on “She-Hulk” due to their own pre-existing assumptions is its handling of gender. Morons will decry that this 30-minute sitcom is ramming woke talking points down their throats. Meanwhile, others will vehemently defend and ignore any of the awkwardness in the script that comes from turning much of the subtext into text. The latter is closer to being right (and on the side of the angels), but there are still a few moments where these messages and concepts are so blatantly laid out that it feels like it would be just as nuanced and engaging if they were words on the screen. The points made, though explicit and janky, are valid and important. Most of the time, they are delivered with nice verbal aplomb wrapped within strong dialogue, but those tin-eared moments where the metaphor is blatantly laid out just hit wrong.

“She-Hulk: Attorney at Law” is a strong sitcom that is brimming with charm and wit. Using the best of the character’s comics history, Gao and company find inventive ways to juxtapose mundane issues with the fantastical worlds of the MCU. This clever abutting works best when the moments are truly grounded with the humanity of characters acting like real people. Hopefully, audiences will not revert to their pre-ordained ways and talking points, even if “She-Hulk” gives them fodder to do so, because they would be missing out on a fun sitcom that may not be what folks expect from Marvel. And that unpredictability is one of the show’s greatest strengths.