Trending
You are at:Home»Entertainment»Movies»Movie Review: “Prey” 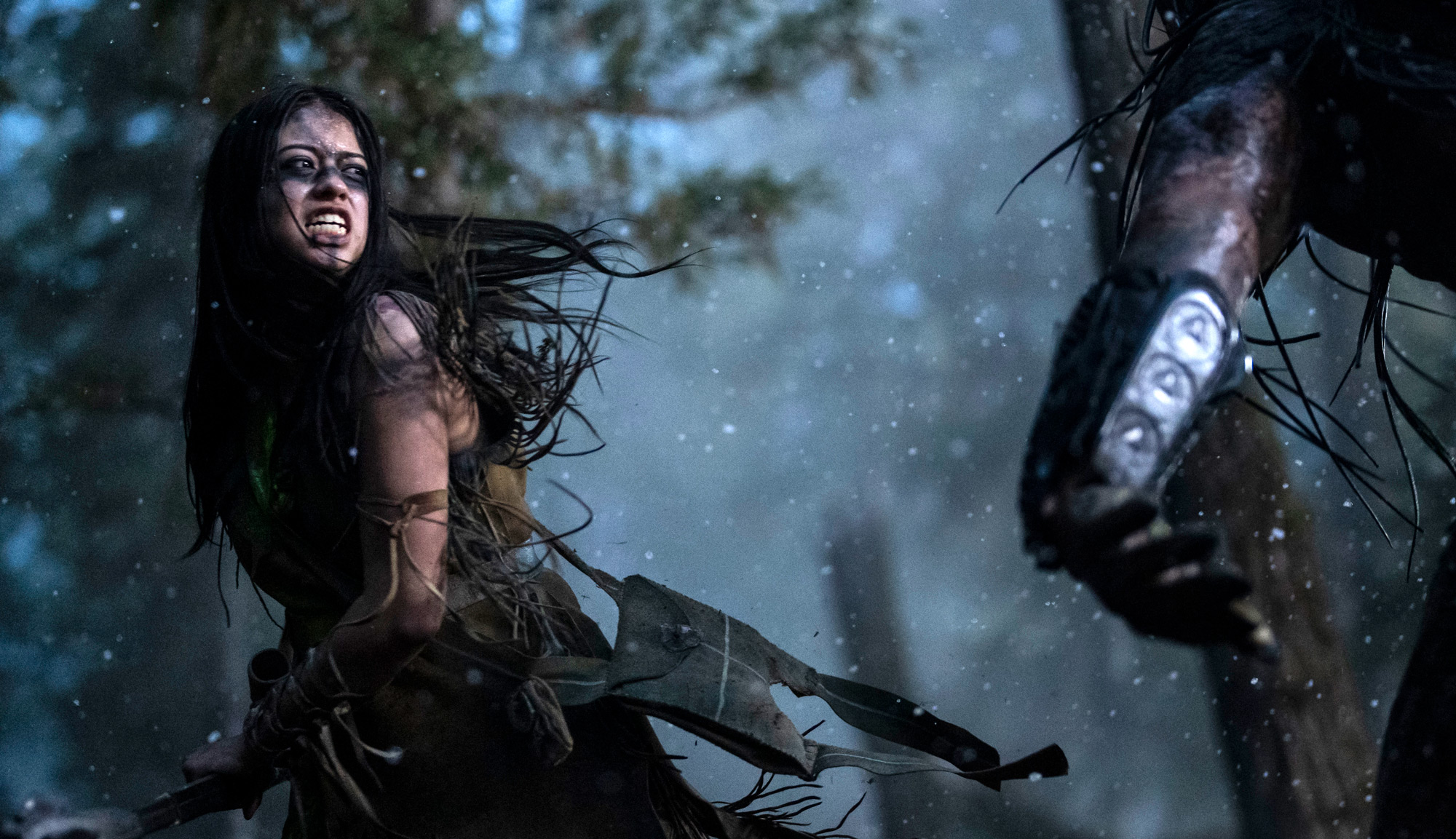 There’s a tendency to let nostalgia cloud the judgment of how things used to be. Much of the arts and entertainment that we love from our youth is closely aligned with pleasant memories and emotional attachments, making it difficult to discern whether something was actually as good as we remember. Another issue with this phenomenon is that much of what survives past its decade tends to be the cream of the crop. There are so many forgotten titles and artists that didn’t make the jump to a new platform or flamed out. Therefore, what remains is either the absolute best or worst of a particular time and becomes exemplary of that era.

This probably sounds like a wind-up to talk about how “Prey,” a prequel to 1987’s “Predator,” isn’t as good as its predecessor or the sequels and spin-offs that followed, but that’s not exactly the case. Though director Dan Trachtenberg’s latest film isn’t as great as the ‘80s sci-fi actioner, John McTiernan’s movie is a genuine classic that boasts such an incredible melding of genres and talent (both behind and in front of the camera) that it’s pretty damn hard to top. However, “Prey” is a thoroughly enjoyable movie that is probably the second or third best of all seven movies featuring the alien hunter. The main aspect that drags it down, and which calls into question the quality of the past films, is the use of CGI for elements that were once practical and how such approaches are distracting and distancing for viewers.

Set in the Great Plains in 1719, the film stars Amber Midthunder as Naru, a member of the Comanche Nation who wants to be a hunter like her brother Taabe (Dakota Beavers) and most of the other young men in her tribe as opposed to being relegated to healing and household work. She excels at tracking and is aided by an amazing dog that helps her navigate the forest, but she remains unable to prove herself or capture any sort of prey to bring home. When an invisible alien hunter (Dane DiLiegro) lands in their territory, no one will believe Naru’s claims of a newly arrived monster that is killing animals, which poses a risk to everyone nearby.

“Prey” homes in on (and expands upon) the best part of the original “Predator” — namely, resourceful badasses who find themselves overpowered by a far bigger threat. 2010’s “Predators” also accentuated this trait well, while the “Aliens vs. Predators” spinoffs and 2018’s “The Predator” completely biffed it. The reason why this underlying element is so crucial is that it intensifies the tension as the two forces combat each other and allows the protagonists to surprise the alien and the audience with some new tactic. Midthunder is a perfect hero, mixing a sense of entitled hubris with vulnerability and genuine rage, all while pulling off multiple stunts expertly. She’s a dynamic presence on screen, which is great, as she’s in most of the movie and helps make the already strong story that much more compelling.

Writer Patrick Aison has crafted an engaging story with smart turns that aren’t necessarily surprises or twists but feel like a constant escalation of the danger surrounding Naru. The action set pieces are also fairly thrilling if a bit flawed but show an inventiveness of the Predator’s abilities and the era-appropriate weaponry, along with the woodland surroundings. Trachtenberg maintains that excellent pacing through the entirety of the film while finding ways to keep the focus on his main human characters. He gets terrific performances from all of the actors (not just Midthunder) to create thoroughly understandable characters without the need for a lot of exposition or backstory.

Most of the actors playing members of the Comanche Nation are Native and First Nation performers. Producer Jhane Myers is Comanche and Blackfeet, and the production brought on Comanche educator Juanita Pahdopony to help the veracity of the period and the cultural practices. To some, this may sound like overkill for a sci-fi/action movie in an attempt to be woke, it’s more than just common courtesy and respect. By adhering to accurate portrayals of customs, languages, wardrobes and more, “Prey” establishes a far more grounded feeling than most of its ilk; this doesn’t seem like historical cosplay but actual people, which allows for the greater flights of fancy with the alien enemy to get as crazy as possible.

Unfortunately, a bunch of this excellent work gets scuttled by some truly wonky CGI. This isn’t meant as an “all CGI is bad” screed, as most of the CGI work in films these days aren’t big digital characters or complex action sequences, but there is something to be said for the practical effects that were used in the first two “Predator” movies. Instead of the Stan Winston-designed and -built prosthetic face, “Prey” employs a completely CG version that is immediately incongruous to DiLiegro’s body and stands out from all the other aspects that seem far more natural. This also extends to various animals that come off like floppy cartoons instead of real threats. It makes sense to employ these effects instead of practical options, but the setting and subject matter of “Prey” emphasizes the primal aspects of hunting and combat while also highlighting the brutality of these warriors. That simply doesn’t work as well with poorly rendered CG blood or a creature whose head belongs in a “Resident Evil” video game.

“Prey” has many nods to almost all the “Predator” entries, in ways both abstract and blatant (including one element that doesn’t quite make sense and/or is setting up a sequel). But its best tribute to what came before is embodying the spirit of the 1987 classic and its brilliantly simple story. This is greatly aided by terrific performances from the cast and a sincere adherence to culturally accurate aspects, which makes for an entertaining and unique experience. However, the modern technical touches hurt it a lot and will make folks yearn for the days of rubber monster masks, trained animals and bloody squibs. The old ways aren’t always the best ways, but sometimes, they can be massive instruments in telling your tale with the impact it deserves. The narrative story and the visual effects of “Prey” show both the rewards of looking back and the pitfalls it can create.