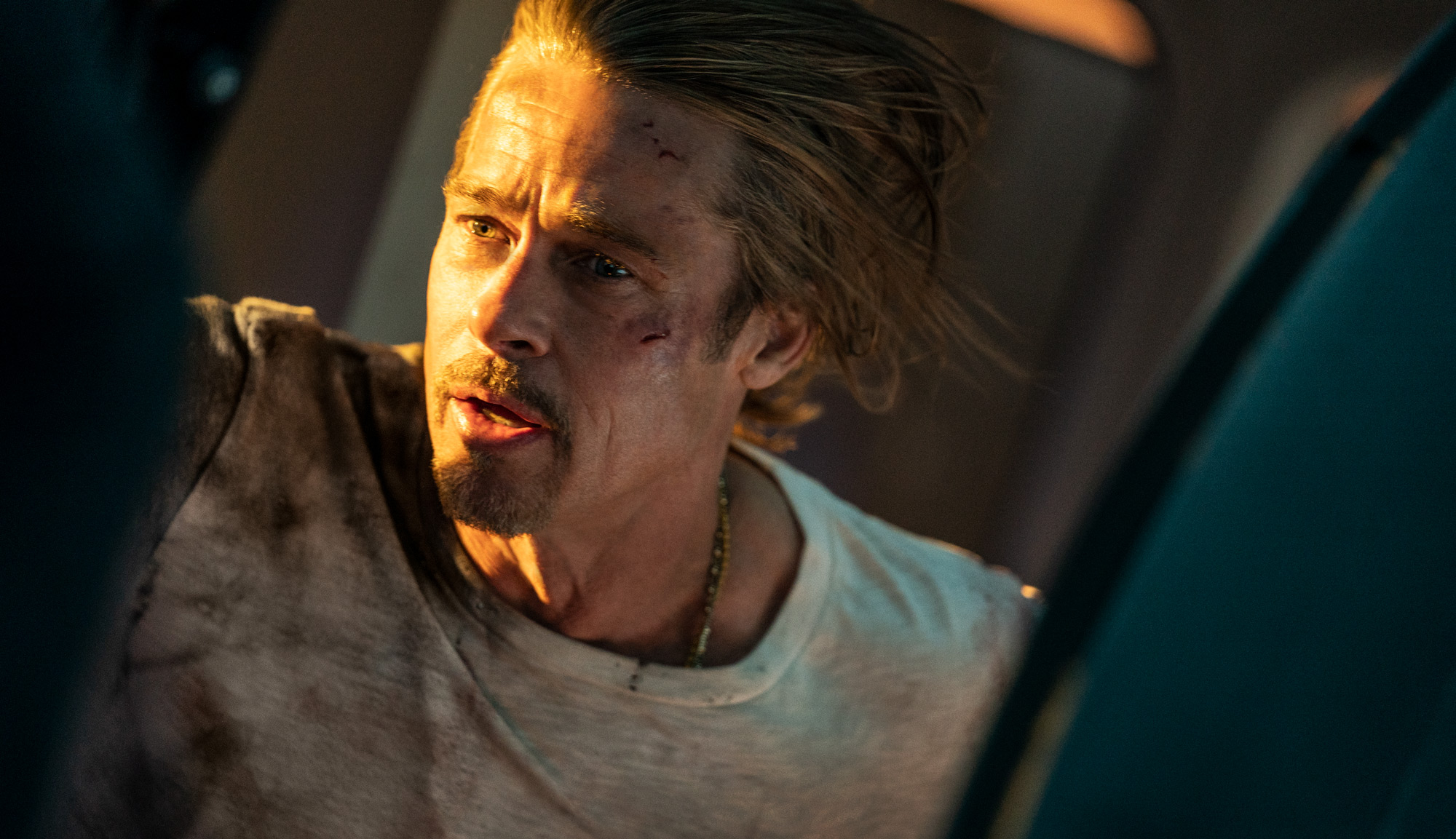 You don’t technically need dessert, at least not in terms of nutrition or any other requirement. There are no discussions about Maslow’s Hierarchy of Needs that includes the term “tiramisu.” If you go without some cake or ice cream, your day will proceed essentially the same either way, and yet, such confections still serve a purpose. A cookie or some candy is a small indulgence but can have a surprisingly large impact on one’s mood. It’s a pause for delight, even though you probably won’t think of it outside the first day or so after eating it. There’s nothing wrong with these sweet, disposable asides that present a small oasis of pleasantness amidst a desert of disappointment and frustration. This is the type of movie that “Bullet Train” is in a nutshell.

Director David Leitch (working from a script by Zak Olkewicz and based on the 2010 novel “MariaBeetle” by Kôtarô Isaka) has made a two-hour delight that features enough comedy, action, charm and style to make for an enjoyable time. I’m a firm believer that just about every film is someone’s favorite, but it’s hard to imagine this one being at the top of the list for most people. And that’s not because “Bullet Train” is bad, though it does get in its own way occasionally. It’s a movie that will probably spawn a dozen GIFs and have a couple of quotable lines that linger in the zeitgeist for a bit, but it won’t make a massive impact on anyone’s life. It doesn’t investigate any crucial, universal truth that plumbs the very depths of what it means to be a person, nor does it innovate any techniques in filmmaking or present some new marvel of cinema that will reverberate through the ages. There are elements borrowed from all manner of sources, not least of which include Guy Ritchie’s London gangster works and their ilk.

So, what does “Bullet Train” do? It entertains. It has a simple mission statement of charming (and mostly beloved) actors pulling off some fun action, agreeable banter and impressively bloody fights, all done with a degree of flashy style that’s reminiscent of Tony Scott right before he went all-in on the crazy filters and random inserts. A story of a bunch of badasses who all happen upon one location (the titular locomotive) with seemingly cross purposes is the perfect recipe for creating easily identifiable characters (who are also fairly disposable) and inherent conflict. Though the plot of “Bullet Train” has enough characters and intersecting storylines to seem labyrinthine, it really isn’t. It’s also not hard to guess any of the “mysteries” that pop up along the way. Although there are a few surprise cameos, and the reveal of at least one actor in a prominent role is a fun bit, in terms of narrative, it’s not hard to guess how A will arrive at B.

However, this is more of a showcase for some entertaining stunt work (particularly fight choreography) and the chemistry of the charismatic actors involved. The cast have excellent timing and rapport with each other, and they carry multiple scenes despite some stumbling on emotional stakes and weak comedy bits. The biggest missteps in “Bullet Train” seem to be contradictory, or the consequence of course correction. One is that it occasionally goes too far with a running gag or recurring joke that becomes a case of diminishing returns and skews sillier than the rest of the movie. The other is that, in preparing for a climactic fight, “Bullet Train” tries to introduce a bit of somberness and drama into a movie that features a scene where a character holds onto a bullet train while punching through its window to get back inside. When it tries to be too wacky or too serious, it feels forced, but luckily, there’s a lot of middle ground between these two spots that provides plenty of room for the film to breathe. “Bullet Train” seems to want to soften the blow of the violence but still wants them to count for when it’s dramatically convenient.

With talks of worldwide assassins, purloined suitcases, ridiculous stunts and more, it should be obvious that “Bullet Train” has no interest in being realistic. Nevertheless, it is true to the reality/world of the film itself; odd and humorous coincidences happen, clandestine murderers treat their jobs like every other working stiff, and all the characters are phenomenally talented with guns and knives and martial arts. But sometimes that’s all we need — two hours of pleasant entertainment that isn’t revolutionary or existentially profound. “Bullet Train” isn’t incredibly inventive in a lot of aspects, but it remains a good synthesis of its many influences that comes together to produce a stylish movie that looks great and entertains. With a crackerjack cast that exudes a fun sense of engagement with the material and some deft work by DP Jonathan Sela, it makes for a visually exciting film. One of my favorite bits of dialogue about movies (and life) comes from 2005’s “Tristram Shandy”:

“Why do we want to spend a year of our lives making this film?”
“Because it’s funny.”
“Is that all?”
“Is that not enough?”

“Bullet Train” isn’t a high watermark in the history of movies. It may even be easily forgotten after it hits the theaters. But it’s a tremendous cinematic dessert that serves to briefly delight and distract without condescending or requiring any mental engagement. It’s something to watch with friends where you can all laugh together and be impressed by some cool fighting sequences. It may not be a true necessity, but it absolutely fulfills a certain “need” we all have.