Trending
You are at:Home»Entertainment»Movies»Movie Review: “The Black Phone” 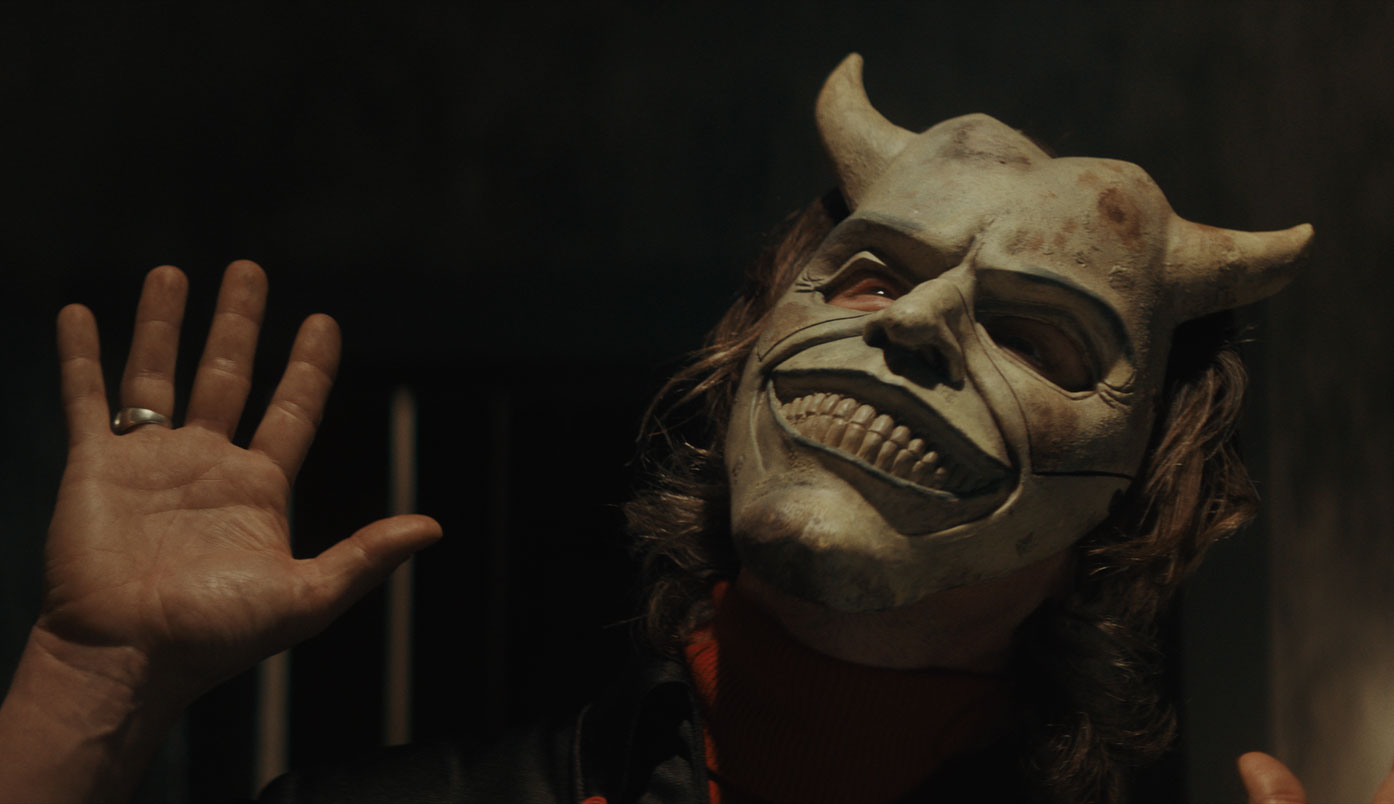 In 2004, Bravo aired the five-part special “The 100 Scariest Movie Moments,” which featured filmmakers, actors and other artists discussing their favorite genre films and sequences. In that special, Guillermo del Toro discusses how adults forget exactly how terrifying it is to be a kid. Clearly espousing beliefs that formed the tonal bedrocks for “Kronos,” “The Devil’s Backbone” and “Pan’s Labyrinth,” del Toro points out how childhood is fraught with horror due to physical and social limitations inherent to maturation. While the sense of discovery can be exhilarating, at a certain point, one’s ignorance becomes so obvious as to induce paranoia. Not just the lack of general knowledge but also the grimmer, more mature stuff that is purposefully hidden from children. “The Black Phone” masterfully takes those childhood fears and puts them on full blast while immersing adults back into that petrified mindset. While there are a few minor missteps, director Scott Derrickson delivers an engaging and genuine thriller that is powered by fantastic child actors, a grounded sense of time and place, and a well-strung thread of unsettling horror.

Set in Denver 1978, the film follows a young, scrawny kid named Finney (Mason Thames) as he tries to navigate adolescence, quickly becoming the target of harassment by bullies at school and by his abusive father (Jeremy Davies) at home. Luckily, he has his younger sister Gwen (Madeleine McGraw) for a best friend, who helps him get through all the pain. In addition to the usual trauma of adolescence, his community is plagued by a masked man known as The Grabber (Ethan Hawke), a local boogeyman who kidnaps (and probably kills) children. Gwen has premonitions about him, but it’s not enough to save Finney from getting abducted while walking home from school one day. Trapped in a soundproof basement and taunted by his captor, Finney begins to receive mysterious messages from The Grabber’s past victims on a disconnected phone — messages that may just help him escape.

Based on the short story by Joe Hill, “The Black Phone” was adapted for the screen by Derrickson and his frequent collaborator C. Robert Cargill. Their script is one of the film’s greatest assets; it’s a clever ghost story, coming-of-age tale and ticking-clock thriller that blends into a cohesive whole that is novel yet familiar. It makes those childhood fears of not being in control and not knowing what will happen next, all dwarfed by an imposing concrete room that seems impossibly large, feel palpable thanks to the escalation of events and direness of the ghosts’ warnings. The movie excels by making Finney’s fears our own through the skillful withholding of information. Another part of the script (and Derrickson’s direction) that aids in this unsettling feeling is that the violence is gruesome and explicit. It never feels exploitative, but it is excessive, and purposefully so, establishing that this is a place where terrible things happen and usually without much reprimand or justice. These kids know pain and brutality, and so the audience never doubts the menace of The Grabber.

1978 Denver is perfectly rendered in terrific detail with costumes, hair, make-up and more. Occasionally, Derrickson employs images meant to look like a Super 8 film that doesn’t really work but is never intrusive. The same can’t be said for the soundtrack, however, which blares obvious ‘70s pop-rock hits in an act that feels like far too much handwaving that this is the 1970s. Similarly, there are some phrases and references (particularly TV shows and Vietnam) that feel like too much underscoring of the decade. It’s not enough to derail “The Black Phone,” but it sticks out because the rest is done so well.

There are some minor technical gaffes that pop up throughout, but those are all overshadowed by the excellent work of the script and the actors. Hawke’s performance is not subtle, but his “gentle” side and bestial personas are unsettling in their own ways. It’s not a novel characterization for this type of villain, but the actor finds ways to make it his own through skillful voice work and physicality. The rest of the cast does a fine job, but the brightest spots are easily Thames and McGraw. Thames’ timidity is frustrating yet totally recognizable; he is beaten by life (and literally by many people in his life), so his learned helplessness makes total sense, as that fear hangs on him like a heavy coat. However, the character arc for Finney is written in such a way that it never feels forced or pat. It’s a sped-up version of the natural extension — even given the supernatural elements — of a person growing up and encountering the world as they mature.

McGraw, meanwhile, gives off that sweet innocence of youth before lambasting adults with F-bombs and then proving that she’s the toughest person in the whole movie. Gwen is exceptionally well written, but it’s the talent of McGraw that makes the character dynamic and endearing in a way that feels like a throwback to the defiant, adventuring kids of Amblin ‘80s fare. Thames and McGraw have great sibling chemistry together, but they also carry massive amounts of screen time on their own in believable and engrossing ways. Not enough praise is available for these two, as they are easily the best part of “The Black Phone” and offer up some of the most impressive acting of 2022 thus far.

Too many horror films rely on sudden orchestral stings to announce their jump scares. This is an old technique that remains woefully pervasive, especially in Blumhouse productions, but “The Black Phone” also horrifies without such sharp machinations. A great script brought to life by excellent child actors conjures up those fears that we all feel when we’re little. This is a situation beyond the control of our protagonists, and even most of the adults, without any sign of a reason or hope for salvation, let alone justice. That’s some bleak stuff, but it’s part of childhood terrors of helplessness, weakness and being left in the dark (sometimes literally). “The Black Phone” dips into that dread in nightmarish fashion to deliver a clever film that engages with its impressive depth.