Trending
You are at:Home»Lifestyle»How To Negotiate the Best Deal on Bail Bonds 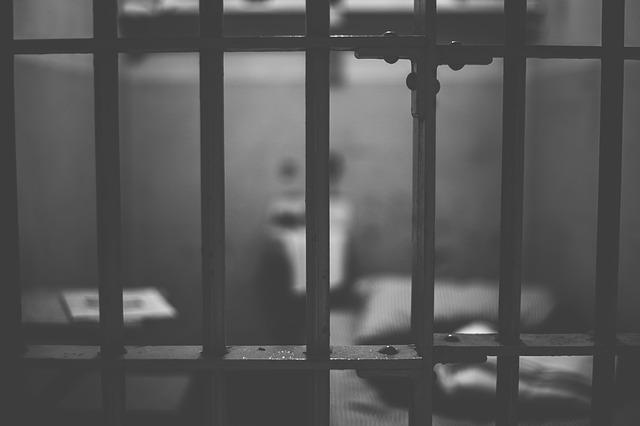 Almost 10 million people are arrested in the United States each year, that’s around one person every three seconds! Arrests can happen for all kinds of reasons, including a lot of minor offences. Being arrested can be distressing, and for most people, the priority is to get out of jail and get home as soon as possible.

Posting bail is the quickest way to help you leave jail after an arrest. Unfortunately, many people struggle to afford the bail bond, which can lead to delays and further stress. Fortunately, a bail bondsman provides a more affordable way for people to post their bail if they can’t afford the full amount.

Using a bail bondsman provides a simple and quick solution to help you get out of jail. There are different bail providers available, giving you a range of options to find the best deal for you. It’s possible to shop around for a more affordable bail bond to help reduce your overall costs.

Take a look at the following tips on how to negotiate the best deal on bail bonds.

When someone is arrested, they are typically held in jail until they appear in court or are released under certain conditions. A person may be offered the chance to pay bail to be let out of jail and return home while they wait for their court hearing.

Bail acts as a form of insurance between the defendant and the court, and defendants are given a set of conditions that they need to follow to have their bail returned to them. This includes not leaving the state or country, and not committing further crimes while awaiting trial. If the conditions are met, the bail amount will be returned.

What is a bail bond?

Bail is usually set at a high amount. While some people may have the means to pay this or have friends or relatives who can help out, others can find it difficult depending on their circumstances. A bail bond can help those without the means to pay bail to cover the cost, as the bail bond will cover the majority of the payment.

There are two main types of bail bond, a criminal bail bond and a civil bail bond.

• A criminal bail bond helps ensure a defendant turns up for trial as required, while also guaranteeing potential costs and fees a defendant has to pay as a penalty for their crime.

• A civil bail bond will guarantee any debts or loans that a defendant is deemed liable to repay.

A bail bond is typically 10% of the full bail amount. This makes it a much more affordable amount than posting the full bail required by the court.

What does a bail bondsman do?

A bail bondsman, otherwise known as a bail agent, is a company or individual who will provide the bail bond to help secure the defendant’s release. To be eligible for a bail bond, the defendant will have to pay an upfront cost of around 10%. This means an example $50,000 bail will cost $5,000 to have a bail bondsman post bail on your behalf.

The bail bondsman will often secure the rest of the bail against collateral, which could include promissory notes or assets such as property, stocks and other valuables goods. The collateral will be forfeit if a person fails to turn up to their court hearing. If, however, the defendant appears in court, the collateral will be returned to them after the hearing’s conclusion. The bail agent then retains the 10% as their fee for their services.

While most bail agents will ask for 10% of the overall bail to cover their fees and act as a deposit for their services, there is some room to negotiate. Finding a suitable bail bondsman can be similar to shopping around for a loan or an insurance product, with different providers offering different terms in a bid to help them secure more business over their competitors.

You may be able to negotiate a more favorable bail bond if you meet certain circumstances, such as being a homeowner, or you’re a low flight risk. It’s worth exploring the different possibilities to make sure you’re getting the best deal, saving you money overall on the bail process.

So how do you negotiate a bail bond? There are several steps you can take to help ensure a better deal or more favorable payment terms for your circumstances. Some of the best tips for negotiating a bail bond include:

While securing bail for yourself or someone you know can be a stressful process, it’s a good idea to explore multiple options. Choosing the first bail agency you come across could leave you paying more for your bail bond than you would have if you’d gone to a different provider.

There are a lot of ways you can find bail agencies who serve your area, including:

Carry out comparisons between different providers to help you find one that is reputable and can meet your needs. A bail bondsman you can trust should be able to advise and provide you with a great service. It should also be easy for you to secure your bail either online or via the phone to help make the process as quick and easy as possible.

Are there discounts available?

There are potential discounts available for bail bonds if you meet certain criteria. It’s always worth asking, just in case. Some bail bond companies will provide discounts if:

• You’re considered a ‘low flight risk’ and unlikely to skip bail.
• You have a great credit score.
• You have a full employment history.
• You’re a homeowner.
• You work in a certain type of job or industry (including law enforcement, the military, professional roles like healthcare or teaching).

A discount could help you make a significant saving on your bail bond. Instead of the typical 10%, you could end up paying as low as 7% or 8% of your bail amount. Many companies also offer bail bond payment plans and financing if you are not able to afford the full 10%.

If you don’t qualify for a bail bond, there is another way you could negotiate a better deal to help you pay less. Cosigning with either a relative or someone you trust to share the financial responsibility could help secure your release. It does mean your commitment is not only to the court and the bail agent, but to your cosigner too.

For someone to qualify as a cosigner, they will need to meet certain criteria. This includes a good credit score and a good employment history. If for any reason, the defendant breaches their bail, it is the cosigner who becomes responsible for paying the bail amount.

A cosigner needs to demonstrate that they are a reliable citizen and can vouch for the person who’s on bail. If for any reason, the defendant is showing signs that they may not meet their bail terms, then the cosigner could negotiate a deal with the bail agent to avoid having to pay the bond in full.

Bail bonds are many people’s only option for getting out of jail after an arrest. But as a high-value surety, there are strict terms that must be met to ensure the best outcome for both the defendant and the bail agent.

Using your home, your car or other property as collateral can be a significant risk, and it’s important that you uphold the terms of your agreement to ensure you don’t incur significant losses. You should also check that there are no hidden fees or expenses that you’re unaware of, which could leave you paying out more than you should. Some of these hidden fees include notary fees, travel expenses, posting fees, processing fees and annual premiums.

Finding the right bail bondsman for you

Knowing what to look for in a bail bondsman can help make sure you choose the right agent for you. Finding a bail bondsman that can be there in minutes to help you secure bail, no matter the time of day or night, can help make the process of getting arrested less stressful so that you can get back to your home and family. You should also make sure that you understand the total cost of what you’re paying so that there are no hidden fees, and that the price given is what you’ll pay.

Mr. Nice Guy Bail Bonds can help you secure bail with 24-hour bail bond services in California. Contact us today or start an online bail bond application and let us help you with bail bond services you can trust. Whatever your situation, we want to help, so get in touch today.