Trending
You are at:Home»Lifestyle»As Tomb Raider 2 stalls, what are some unusual Lara Croft games? 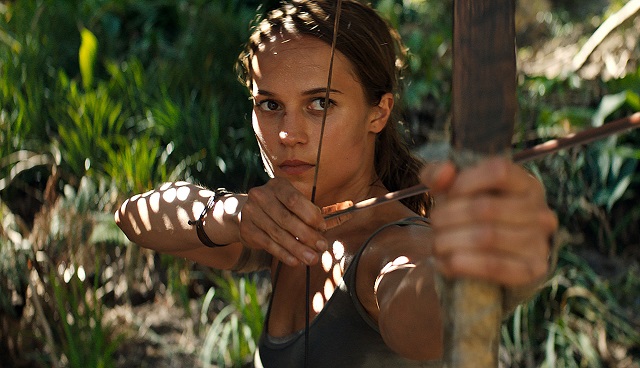 The reboot of Tomb Raider in 2018 saw Alicia Vikander take on the iconic role previously held by Angelina Jolie. While the plot wasn’t astounding, many felt Vikander could make Lara Croft a box office hit once again.

While a sequel was planned to be released in March 2021 with Vikander returning and Ben Wheatley directing, the project has stalled. Now, all we have are rumours and hints as to when Lara Croft will be on the big screen again.

For those missing the tomb raiding protagonist, there are a few gaming gems that have gone unnoticed by many and offer an opportunity to get a fix of the Lara Croft action.

It’s no surprise to see online casinos jump at the chance to create a slot based on Lara Croft, as many popular video games and movie characters have slots based on their adventures. Game developers Microgaming won the rights to develop this tie-in game and those taking advantage of an online casino welcome bonus often use their free spins or deposit bonus to play this game. New customers can even scoop up a £50 welcome bonus to check out this title.

The Tomb Raider universe is rich with items, action, music and sounds for game developers to incorporate into their work as symbols and features, but Lara is always the centre of the action. Egyptian culture is often used in slots design, and it is evident and well-presented, but with an adventurous feel. While not your traditional Lara Croft game, bonus features and a jackpot of up to 5000x your wager, combined with graphics and sound effects, make an unusual but engaging gaming experience.

This beautiful, fun, turn-based puzzle game is part of the Go series of games from Square Enix, which also features Deus Ex Go and Hitman Go. The game involves moving Lara Croft as a puzzle piece through a board game-like environment while sidestepping obstacles and influencing the surrounding environment to collect items or progress to the exit.

The game garnered considerable praise at the time of its release and is on this list of great games that were Apple Game of the Year winners. Square Enix ceased creating Go games, but as it has sold off its western studios and IP, there’s a small possibility we’ll see more games in the series appear at some point.

There’s been a great deal of contention as to whether the difficulty level was too high or low, but with snakes, boulders, lizards, giant spiders, saw blades, and other traps, it’s a fun addition to the Lara Croft collection.

For those looking for a more physically demanding and immersive tomb raiding adventure, a trip to Camden Market will reveal the Lara Croft Live Experience. An escape room, but with more action, the attraction hit the headlines due to the appearance of a Lara Croft statue to promote its launch.

Popular with groups of friends or co-workers, the venture teleports you from Camden to Finland to Costa Rica and sets a number of challenging tasks for your team to complete. Solving puzzles and grabbing relics is the aim of the game and while it’s only been open for a few months, reviews are positive. With a sinking cargo ship and jungle zip lines, there has been a considerable outlay on creating an engrossing adventure and the attraction joins The Crystal Maze Live Experience in providing a memorable entertainment option.

While we await news of a new movie, these are three games that are a little different from the beloved original and are a fun option for those that miss the daring adventurer.