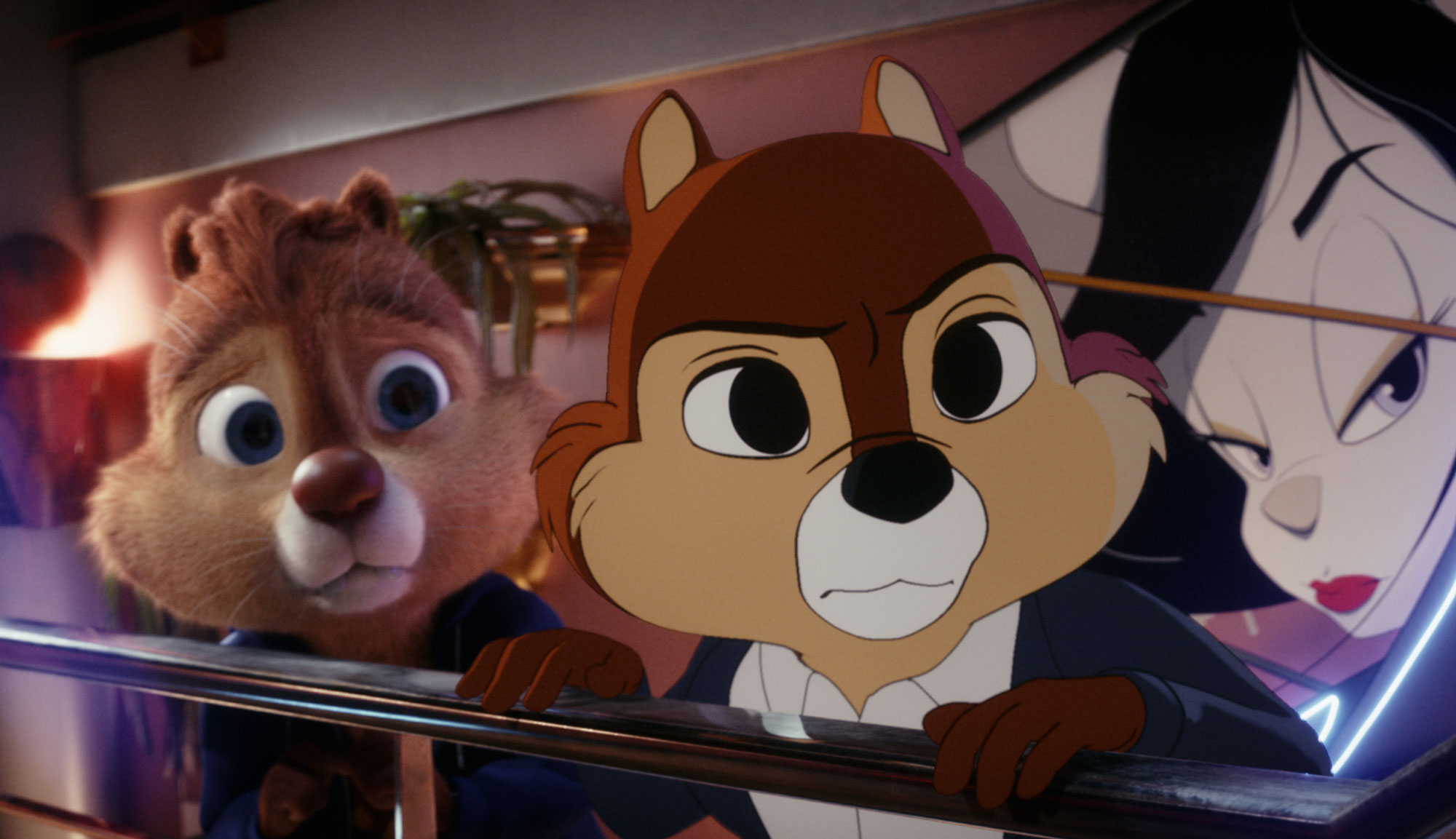 While age ain’t nothing but a number, there are still certain markers that signify the passage of time — and I don’t mean being able to legally drink alcohol, rent a car or any such milestone of privilege granted by birthdate. Rather, I’m talking about when you no longer recognize the names of half the charting musical acts; or that automatic pause your body takes before standing up; or when entertainment is now nostalgic for your childhood, meaning your generation has arrived at the age where they call the shots in Hollywood. Though the ‘80s have long reigned dominant on the nostalgic front in pop culture, “Chip ‘n’ Dale: Rescue Rangers” feels like the first salvo in a changing of the guard, with most callbacks and references being culled from the youths of millennials. It’s a slightly sobering moment to realize that the torch is being passed, but luckily, it’s helped by solid comedy and smart moments, even if the film is unevenly paced and lacks the impact it requires.

Chip (John Mulaney) and Dale (Andy Samberg) are childhood friends in a world that’s closer to “Who Framed Roger Rabbit?” than the original Disney Afternoon TV block, as it’s populated by humans, cartoons, puppets and other such creations. After the duo becomes hugely successful with their show “Rescue Rangers,” they eventually split up when Dale seeks out a solo career. Years of bitter silence and animosity are broken when Chip and Dale come together to find their friend Monterey Jack (Eric Bana) when they learn that he’s been kidnapped. Avoiding the red tape of police captain Putty (J.K. Simmons), the pair work with rookie detective Ellie (KiKi Layne) to rescue Monterey from criminal bootlegger Sweet Pete (Will Arnett).

I’m sure there are people reading this review that think I just spoiled the central mystery of “Rescue Rangers,” but the fact that I didn’t could either be indicative of the film’s many strengths (the jokes, cast chemistry, etc.) or a poorly executed narrative. Unfortunately, it’s the latter. The first time that the audience is introduced to the possibility of a criminal threat, Monterey lays out Sweet Pete’s operation, which means that there’s nothing really new for the two chipmunks to sort out. There are a few double-crosses and the matter of infiltrating facilities, but essentially nothing new is learned about the central narrative from around the 15-minute mark to the end of the film.

That choice by screenwriters Dan Gregor and Doug Mand creates very odd pacing for the film and an unfortunate sense of repetition as Chip, Dale and Ellie try to uncover the location of Sweet Pete’s operation, only to get there and then run away for safety, and do it all over again. Obviously, the main story is the relationship between the former friends, as well as exploring the hybrid world of cartoons and humans, but the plot is still what should be fueling opportunities for such revelations and changes. Having the main mystery effectively solved so early on rather than slowly uncovering aspects of the criminal enterprise not only limits the actions that can occur but also the way that these discoveries force new dynamics and conversations between Chip and Dale.

Fortunately, the poor narrative construction isn’t enough to ruin “Rescue Rangers” thanks to some terrific visuals and excellent comedy. The blending of techniques and textures is inspired work that is deftly handled and reveals a carefully thought-out world that doesn’t quite make sense but still feels expansive. 2D animated characters interact with 3D animated ones, while a lush spectrum of winks and nods carries on in the background. “Rescue Rangers” involves characters from almost every animation form and seemingly every animated movie and TV show of the past 50 years, and it’s done in a way that feels like they’re all part of the same existence. Director Akiva Schaffer has done masterful work pulling in all these aesthetics and tones to turn a patchwork reality into a holistic quilt of a world that doesn’t feel as distracting or intrusive as it easily could.

“Rescue Rangers” is full of references and Easter eggs, to the point that it will likely be derided by many. However, these cameos and nods are a lot of fun and offer momentary boosts of dopamine when watching the array of childhood figures show up and interact with each other. The comedy of “Rescue Rangers” isn’t wholly based on these clever references, either, with a lot of excellent jokes stemming from celebrity culture as well as character dynamics, especially between its two leads. Mulaney and Samberg are perfectly cast as Chip and Dale, and the characters have a shared sense of vulnerability and hurt that is surprising for a family comedy. That doesn’t make “Rescue Rangers” a downer, but it does provide potent seeds for more nuanced and rewarding comic moments that can only be derived from making the characters more interesting and less flat. There’s terrific banter and strong bits that land brilliantly, with some truly stellar sight gags that are incredible to behold.

It’s unfortunate that “Rescue Rangers” doesn’t extend the same care and innovation that it took with the visual design and comedic writing to its narrative structure. It could easily tell the same story with the same antagonist but parcel out the plot better for a much greater effect. When everyone knows who the villain is and what they’re scheming, it mostly becomes a matter of waiting for the resolution to come around while going through a lot of familiar (and repetitive) motions. That drawn-out timing is greatly aided by Schaffer’s approach to worldbuilding and the clever dialogue within Gregor and Mand’s script. Though it may be easy to dismiss this film as just another nostalgia vehicle, “Chip ‘n’ Dale: Rescue Rangers” represents not only a coming of age for millennials to make these types of films but also a maturation of animation and comedy.