Trending
You are at:Home»Entertainment»Movies»Movie Review: “The Unbearable Weight of Massive Talent” 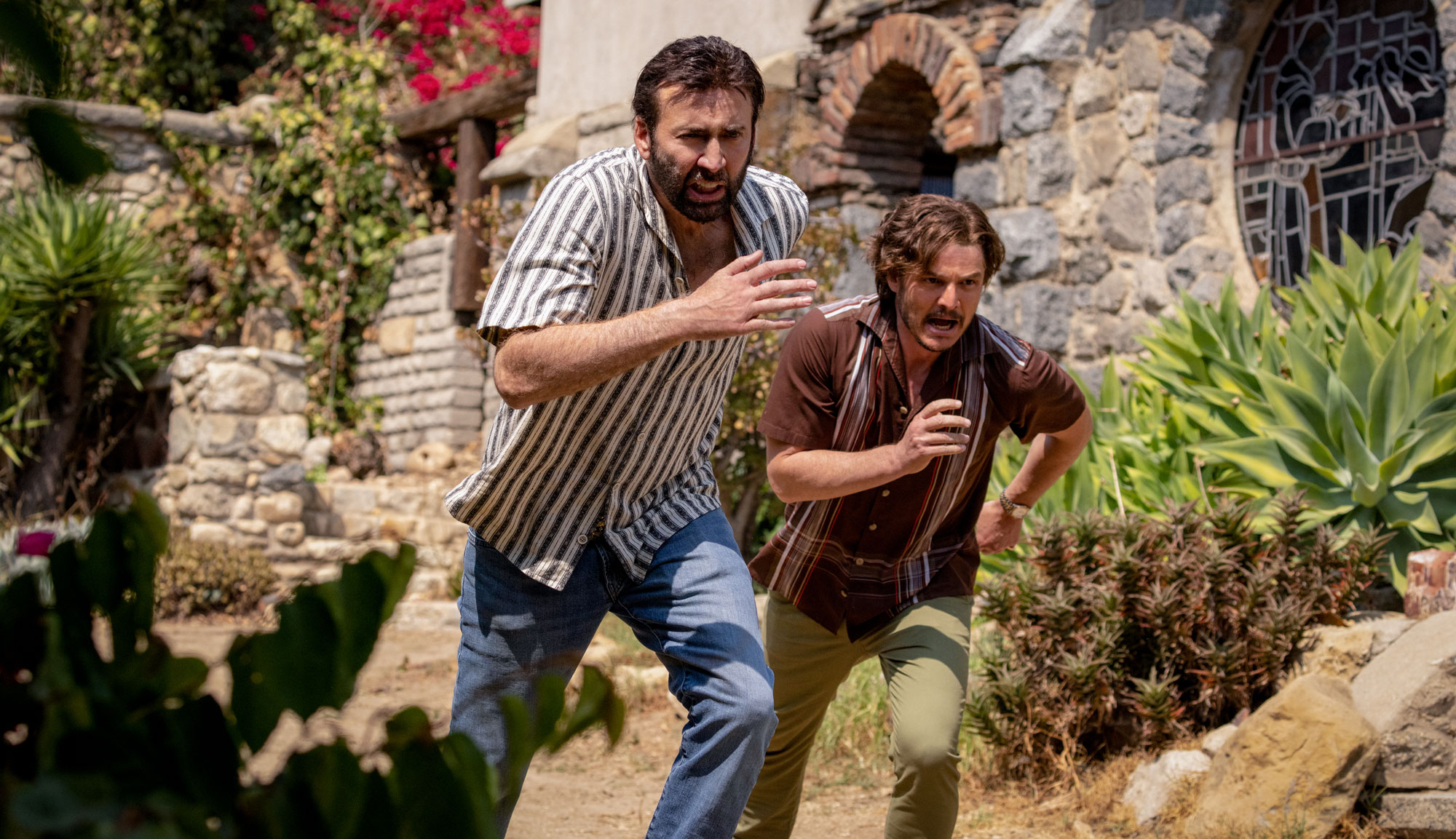 Few actors in our current lifetime are as infamous as Nicolas Cage, a man who comes from Hollywood royalty and has found himself occupying every aspect of the movie star spectrum over the course of his career. For a guy with a Best Actor Oscar, he sure has built up a reputation for unreliably quirky or downright insane performances in blockbusters and direct-to-video stinkers alike. That reputation, and a desire to never stop working as long as the price was right, was somewhat famously built on the back of a need to pay rather large tax bills generated by comically extravagant real estate purchases, not to mention his penchant for buying $400,000 dinosaur skulls. Yet, despite being a borderline laughingstock for multiple years, recent performances in the likes of “Mandy,” “The Color Out of Space” and especially last year’s “Pig” have led to a resurgence of interest in him as an actor, even if his undeniable Nicolas Cage-ness is often still at the forefront of people’s minds.

With all of that considered, he becomes the perfect person to confidently walk through the looking glass and make a movie like “The Unbearable Weight of Massive Talent,” his new film that sees him playing a slightly exaggerated version of himself. The Cage of this film certainly cuts close to home, or at least the tabloid understanding of home, as he finds himself staring down a career crisis. His constant working on films of questionable quality mixed with a rather intense drinking problem has resulted in estrangement from his wife (Sharon Horgan) and daughter (Lily Sheen), and he believes that his best chance to fix things is to leave the acting world behind after one last payday. That payday isn’t a movie but rather a birthday party for Javi Gutierrez (Pedro Pascal), a Cage superfan/aspiring screenwriter based out of Mallorca. Though Cage thinks that it’s beneath him, the money is right. However, when Cage arrives on the island, he’s intercepted by two US government agents (Ike Barinholtz and Tiffany Haddish), who inform him that Javi is a dangerous arms dealer and they need Cage’s help to take him down.

From opening with a scene from “Con Air” to countless references to the majority of his oeuvre, “The Unbearable Weight of Massive Talent” is an undeniable love letter to Cage, warts and all. And the actor is happy to oblige, giving a charming and heavily self-referential performance that seems to relish in poking fun at his personal and professional foibles. Admittedly, the film never cuts more than skin deep, nor is it some profound psychological distillation of the cult of celebrity. This alternate version of Cage is just a bit of a blowhard — equally overconfident and insecure, as well as almost entirely oblivious of how much air he sucks out of the room. Indeed, his inner id is represented by a digitally de-aged “Vampire’s Kiss”-era Cage who yells, hoots and hollers, and tries to convince our protagonist to give in to his worst impulses. Obviously, Cage’s performance is vital to the film’s success, both as an ode to his career and as a functional film in its own right, and the actor gives it his all just like he always does.

The film is undeniably a tall order for director/co-writer Tom Gormican (who wrote the screenplay alongside Kevin Etten), and his previous credits for films like “That Awkward Moment” don’t inspire confidence. But he has two incredibly capable leads in Cage and Pascal, who do a lot to paper over some inconsistency and weaknesses in the script. It’s nice to see Pascal in a broader comedy; he’s got a lot of charm and comic timing that doesn’t always show through in work like “Game of Thrones” or “The Mandalorian.” Here, he has to be a gawky, breathless fanboy and a sinister threat, which he handles quite well.

What isn’t handled as well is the sense of diminishing returns that comes from the film’s metatextual elements. The central conceit is arguably enough, and some of it (like imaginary Cage) grows tired quickly, but Gormican chooses to layer even more on top of it all with Cage and Pascal writing a new screenplay that is clearly the film we are currently watching. It’s a clear homage to “Adaptation,” which is likely the best film and performance of Cage’s career, but there’s no new angle to it, and it plays out in almost the exact same way. It ends up deflating some of the thornier and more challenging aspects of Cage’s character, which make the final scenes feel a bit unearned.

Postmodernism is an extremely difficult tightrope to walk, and it has become more omnipresent in the internet-addicted age of endless referential pop culture. “The Unbearable Weight of Massive Talent” is the sort of postmodernist work that definitely tries to be one or two notches too clever and collapses under its own weight in the back half. Despite this, Cage and Pascal are fun enough as a duo to keep things afloat even as the water level rises to seemingly untenable heights. The action film it inevitably becomes is not remotely as interesting as the introspection that leads up to it needs, and while this ‘give the people what they want’ approach works in “Adaptation,” Gormican and Etten don’t have the talent that Charlie Kaufman does to make the film feel whole. Cage aficionados will have plenty to love, though, and I have certainly seen worse meta comedies than this one, even if it doesn’t stick the landing.