Trending
You are at:Home»Vices»Real Madrid Are the Kings of Comebacks as Chelsea’s Renaissance Is Rejected With Style 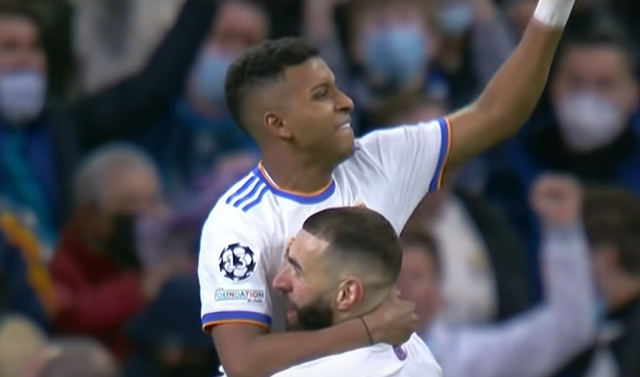 Real Madrid cannot play soccer without drama – the second consecutive match in the Champions League, Madrid finishes with unbelievable emotions. It is for this kind of emotions fans love soccer and bet on sports. Read betnow review to stay well informed.

The Spaniards were stomped out in Paris in the round of 16, and after Kylian Mbappe’s goal in Madrid, it seemed that Carlo Ancelotti could now focus on the Spanish championship. Difficulties fueled the Blancos, who scored three goals against PSG in the second half to make the most spectacular comeback of the playoffs.

Real Madrid personally overcame their own achievement with a crazy new match. After their 3-1 victory at Stamford Bridge, the Spaniards were the clear favorites, and nothing seemed to suggest trouble. But Chelsea suddenly showed their character: the Londoners put on a show and with 10 minutes to go were in a position to claim their super-comeback.

It became clear as early as the 15th minute that it was going to be tough in the return leg. Timo Werner sent a pass to Mason Mount who shot into the corner from the penalty area.

As in Paris, Real looked very discouraged. The stats confirm this: in the first half, Madrid had only three shots and no shots on target.

The real problems for the Spaniards began in the opening stages of the second half. Chelsea earned a controversial corner – Antonio Rüdiger put everyone on their ears.

Real Madrid sank and instead of an easy way into the semifinals were hanging on to an embarrassing relegation. Chelsea kept up the pressure and after 12 minutes Marcos Alonso scored against the club that raised him. But referee Szymon Marciniak ruled the Spaniard had played with his hand and denied him a chance to celebrate.

That didn’t cheer up Real Madrid, who let in another goal 12 minutes later. The hosts melted down in front of Werner: no one expected such a technique from Timo. The German took out all his opponents in two swings and pushed the ball into the goal. Shock! “Real Madrid are back in the middle of a comeback, but this time as the casualty.

The Londoners turned the tide and took the lead for the first time on the two-match total. But they failed to hold on to their advantage. Largely because of Madrid’s super veterans. Luka Modric was the first to take the floor: The 36-year-old Croatian once again saved a match that looked bad for Real Madrid. In the game against PSG, he had an incredible pass to Benzema and now a wonderful pass to Rodrigo.

Chelsea won, but 3-1 was only enough for the extra time. And then another Santiago Bernabeu legend stepped up to the plate. Benzema thought his hat-trick in London had been enough, but switched on again when Real Madrid were in dire need. The Frenchman did what he does best: he took advantage of a defender’s mistake, found himself in an ideal position and cynically punished with a first touch hit.

Chelsea had about 25 minutes to make another comeback, but there was no third goal of the game. Madrid were confident in defense and did not allow any goals – Benzema and Modrić again turned the game around, which almost ended with a loss.